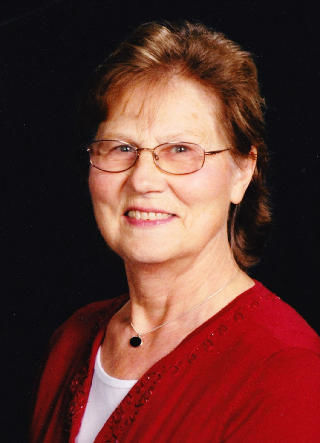 Helena “Helen” Aganetha Giesbrecht was born on September 21, 1937 in Big River, Saskatchewan to Jacob and Aganetha (Nettie Bueckert) Giesbrecht. She grew up on a farm in the Lake Four District. She accepted Jesus as her Savior at Vacation Bible School when she was 10 years old. Ella Heppner was the leader. In her teen years, she helped Ella teach VBS in the surrounding area. Helen went to Prince Albert, SK to work in the TB Sanatorium. The Youth Group from the church she attended met with students from Covenant Bible Institute and she became interested in the school. She enrolled in the 2-year program and that is where she met Larry Fullerton who would later become her husband. During the two summers between school, she and a friend led VBS in different churches in Washington State and northern Minnesota, as well as worked in Bible Camps. On December 3, 1960, Helen’s girlhood dream of becoming a pastor’s wife became a reality when she married Larry (Alfred Laurence) Fullerton in Durban, Manitoba. They served Covenant Churches in Prince Albert and Norquay, SK; a circuit of four churches in Alberta – Warburg, Breton, Winfield and Alder Flats; International Falls, MN; Erickson, BC; Wallace, MI; and Portage, IN. Then, after retirement, they served interims in Park Falls, WI and Off Lake Covenant Church in Emo, Ontario. She enjoyed serving the Lord and people alongside Larry and was sometimes affectionately called ‘Pastor Helen.’ She loved being a mom to Greg, Colene, and Lori. For some years, she and a friend had a Christian Book Store in the basement of the Norquay parsonage. Spring tulips and flowers were a delight, as well as the garden – perhaps to the chagrin of the kids when it came to weeding, pea shelling, etc. It was her joy to see the family grow as Sue, John, and Nick joined the clan. When the grandchildren came along there were fun baking times – especially “Grandma’s Buns” and jams and pickles. Then the great-grandchildren came along and the family continued to grow and bring joy. Larry and Helen purchased a retirement home in Minnedosa, MB but due to taking the interim pastor position in Emo, Ontario, they didn’t spend much time there. In 2008, they finally moved to Big Lake, MN to retire close to family. Although the preceding words were written by Helen, we, her children, would like to add the following: Our mother loved life and loved the people around her, plunging whole-heartedly into both work and play. She was mission-minded, heavenly-focused, and extremely practical. She was a life-long learner interested in many things. Her laugh and smile were infectious and people were drawn to her friendly, selfless disposition. She loved us despite our short-comings and missteps and was a prayer warrior for us and our families. Her life was characterized by kindness and grace to her very last days. She truly fought the good fight and finished the course well! Her death on April 16, 2020 marks the end of a life well-lived but leaves us an excellent example to follow. Survivors include her husband, Larry Fullerton of Big Lake; children, Greg (Sue) Fullerton of Hopkins, MN, Colene (John) Stenberg of Big Lake, MN, and Lori (Nick) Panske of Saskatoon, SK; 10 grandchildren; six great-grandchildren; siblings, John Giesbrecht of Lac La Biche, AB, Martha Rempel of Borden, SK, and Anna Mumma of Elida, OH. She is preceded in death by her parents Jacob and Aganetha and siblings: Peter, Jake, Maria Bergen and Margret Newton. Due to the recent events, the family will be having a memorial service at a later date. Arrangements have been entrusted to Williams Dingmann Funeral Home, Big Lake. Obituary and Guest Book available online: www.williamsdingmann.com.