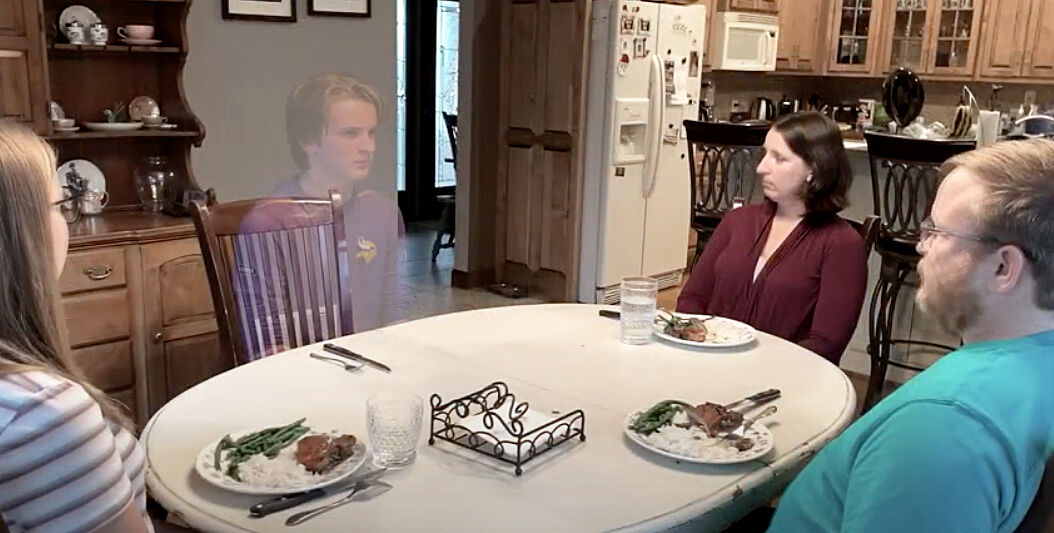 In this screen shot from Zach Knapp’s new public service announcement, a family is seated around the dining room table with one chair occupied by a faded image, representing a loved one lost to a fatal crash caused by distracted driving. 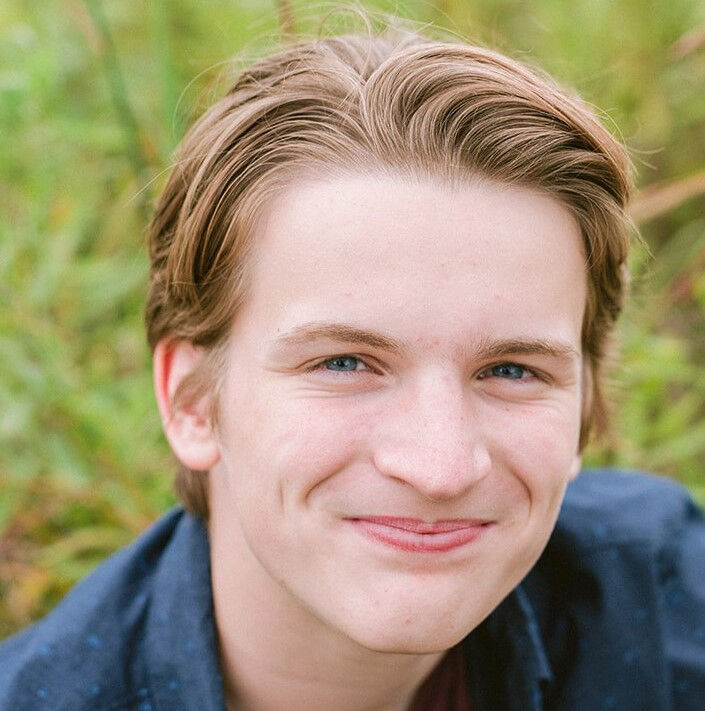 Zach Knapp is the creative force behind a new public service announcement about the dangers of distracted driving.

In this screen shot from Zach Knapp’s new public service announcement, a family is seated around the dining room table with one chair occupied by a faded image, representing a loved one lost to a fatal crash caused by distracted driving.

Zach Knapp is the creative force behind a new public service announcement about the dangers of distracted driving.

A Spectrum High School student wrote, filmed, directed, narrated and edited a public service announcement on the dangers of distracted driving that is now being aired in Minnesota.

“Everyone has to leave a legacy,” Knapp explained in a recent appearance before the Sherburne County Board of Commissioners.

Some students made tie blankets and donated them to hospitals. Others raised money or organized food drives. Knapp decided to use his video production skills for the greater good.

“I knew I had a passion and a skill for it, and I really wanted to use my skills to benefit my community,” he said.

Knapp said he focused on traffic safety in the PSA because it’s an issue that affects young people.

“If you look around, I’ll bet you’ll see it — people driving and texting and making full-course meals in their passenger seat at a stoplight. It’s kind of crazy. I ... wanted to do something to change that,” he said.

Knapp had initially connected with the Sherburne County Safe Roads Coalition about doing the PSA and worked for several months with coalition members to design multiple PSAs, one of which was ultimately chosen.

He first met with the group on March 11, 2020 — just two days before the pandemic shutdown hit.

Knapp said he planned to feature friends as the actors in the PSA in a big outdoor production, but COVID-19 changed all that. Instead, his mom, Jennifer; dad, John; and sister, Grace, have the starring roles. The PSA shows them eating at the dining room table with one chair vacant to represent a family member lost to a fatal crash caused by distracted driving. Knapp makes a brief appearance as the lost family member, appearing as a faded image seated at the table with the family.

Knapp shot the PSA at his family’s home in Elk River using his iPhone.

Roxanne Schreder, a Sherburne County deputy and member of the Sherburne County Safe Roads Coalition, said the PSA has been uploaded to Sherburne County’s YouTube channel, shared via Facebook by law enforcement entities and submitted to various organizations like the Minnesota County Attorneys Association and Minnesota Chiefs of Police Association. The video is also running on ErTV Cable Channel 180, was also referenced in a blog post published by the Minnesota Department of Public Safety and was featured in a KNSI radio story.

“We have had a very good reaction to that, not only locally but also statewide,” Schreder said of the PSA.

She said Knapp dedicated numerous hours to the project and should be very proud of his finished work.

“Life as we know it can change in an instant and this PSA illustrates that fact,” Schreder said. “As our fatal crashes continue to climb at a much higher rate this year (224 fatalities versus 162 last year at this time in Minnesota), it is critical that we regularly revisit this subject and illustrate the negative consequences of taking chances behind the wheel. Please heed Zachary’s call to action so that you and others you share the roadway with can get home safely each and every day.”

Knapp was recognized at a recent County Board meeting by Minnesota Toward Zero Deaths Law Enforcement Liaison Becky Putzke.

Sherburne County Board Chair Raeanne Danielowski told Knapp, “You just hit it so well with a short, to-the-point video that was so impactful.”

Knapp said in an interview with the Star News that the project has taught him that community service can be done in many different ways and under all kinds of circumstances.

As he put it, “People can serve in ways that interest them and they can do it in a pandemic.”

Knapp plans to attend the University of St. Thomas in St. Paul this fall to major in digital media. Ultimately, he’s interested in becoming a pilot.