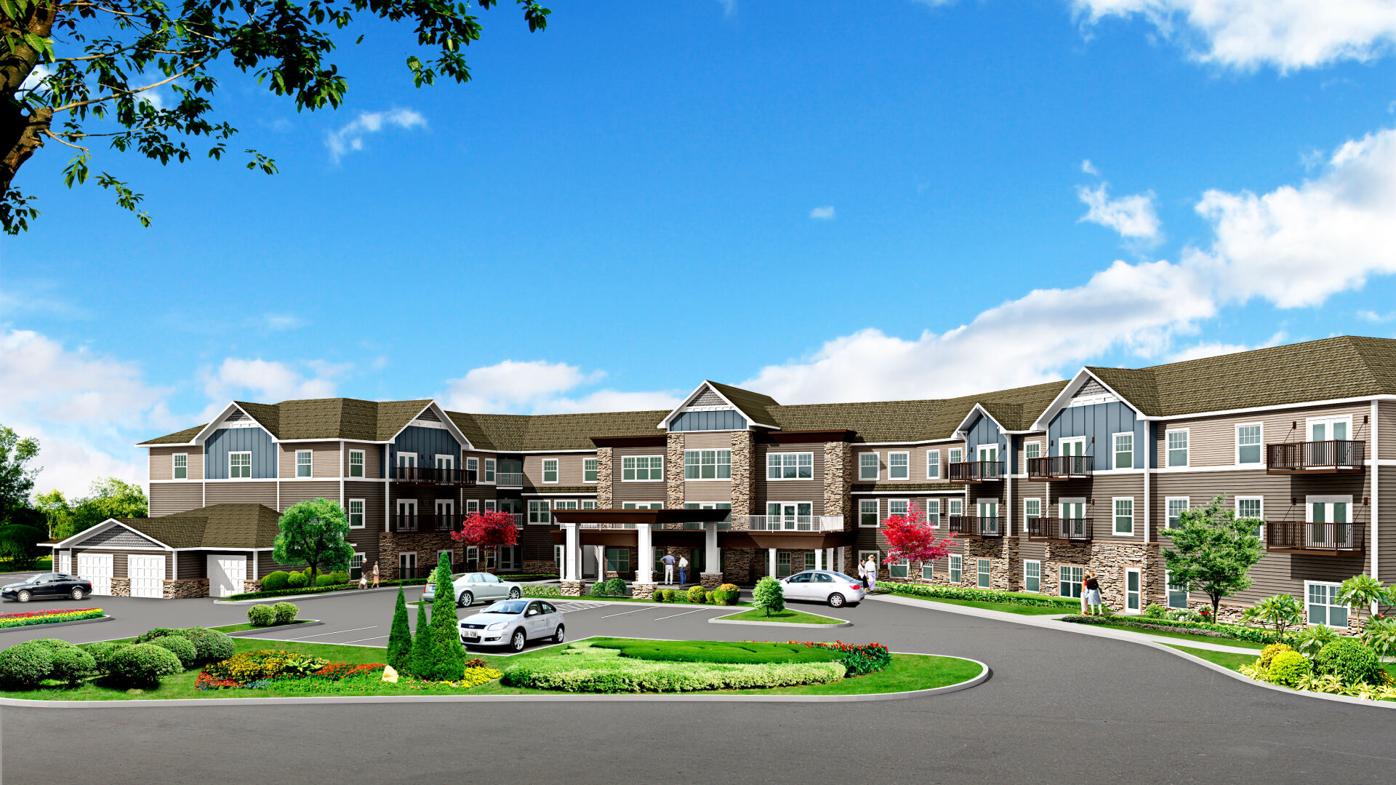 Trident, a St. Cloud based developer, got approval of a conditional use permit for a 65-unit senior assisted living and memory care facility on the corner of Fifth Avenue and Highway 169. 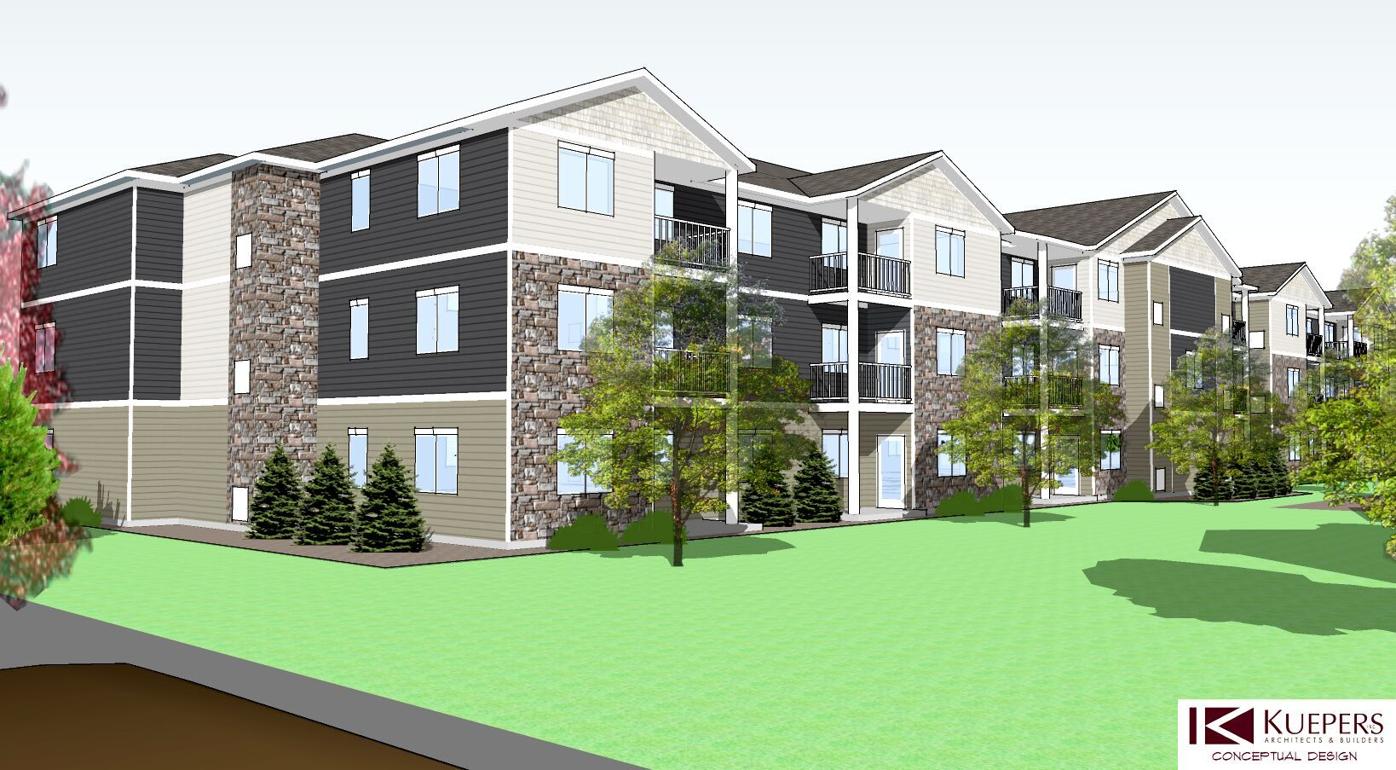 Image courtesy of the City of Zimmerman

Trident, a St. Cloud based developer, got approval of a conditional use permit for a 65-unit senior assisted living and memory care facility on the corner of Fifth Avenue and Highway 169.

Image courtesy of the City of Zimmerman

Housing options in Zimmerman will be increasing following a City Council meeting on Feb. 1.

The Zimmerman Council members approved a conditional use permit for a 65-unit senior assisted living and memory care apartment building. One-fifth of the units are hoped to be “affordable” through a tax increment financing proposal.

These developments come on the heels of a permit issued in September 2020 to PSD, LLC, the developer of Depot on Main, who will build two 79-unit apartment buildings on a 10-acre site north of The Bank of Elk River. These three new projects alone together represent $40 million worth of construction coming to Zimmerman.

Matt Kuker, of PSD, LLC, is one of the people behind the three-story assisted living facility in that Trident Development hopes to build Zimmerman. Kuker owns the 3.04-acre site that he plans to sell to the St. Cloud firm and still remain as a partner in the development.

Here’s more information on the two developments that received approvals Feb. 1 from the council.

Trident got the CUP for a senior assisted living and memory care facility on the corner of Fifth Avenue and Highway 169.

The firm will be the project manager and LifeSprk senior living is the proposed long-term operator.

City Administrator Randy Piasecki said the project will address a shortfall in Zimmerman for assisted living and memory care units.

The facility will be wood-framed, slab-on-grade apartment on a high profile corner. The developer has proposed making 20% of the units for residents making 50% or less of the local area median income.

Twenty percent of the units are proposed to be affordable units due to the use of TIF and rents would be $950 a month.

The developer has requested the use of tax increment financing to make this possible. The Zimmerman City Council will consider the TIF request at its Feb. 22 meeting.

Zimmerman officials have welcomed Trident’s proposal for assisted living and memory care, as it will be an entirely new option for the community, Piasecki said.

Trident owns and operates 40 multiple-family projects, with about half being senior housing and the balance being market rate apartments. This new facility is proposed to have 51 assisted living units and 14 memory care units and support services.

Construction is expected to take 12-14 months, so a summer 2022 opening is projected.

When completed, the programming services will be offered by Zimmerman Senior Living, LLC through LifeSprk, a 17-year-old company based out of St. Louis Park. This firm already provides assisted living and memory care for 12,000 residents per day. It employs 800-plus persons in the metro and estimates a mix of 75-80 full-time and part-time employees at this new facility. The facility will be staffed 24 hours a day and provide a medical staff.

Piasecki told the Planning Commission at its Jan. 13 meeting and the City Council at its Feb. 1 meeting that the project meets or exceeds zoning standards for architectural standards, structure setbacks, off-street parking, light and landscaping.

He also said Sherburne County’s June 2020 Housing Study showed a need for the senior assisted housing in the Zimmerman market, something developers have confirmed showing the demand increasing even faster than anticipated.

The Planning Commission recommended unanimous approval and the council approved it on a 5-0 vote.

The apartment complex that was approved Feb. 1 was proposed by Steve Kuepers of Kueper’s Inc., a family-owned construction business based in Brainerd that has been in operation since the 1970s — first as a homebuilder and since the 2000s an apartment developer.

The firm has developed 20 apartment communities, with current projects in Otsego and Big Lake. Kueper’s manages the projects, and most buildings are retained by the company.

Kueper described the company as a “rural developer” beginning to construct projects in the big cities. The firm has an option to buy a 10-acre site zoned Multiple Family Residential immediately south of Sixth Avenue South and east of Sherburne County Road 45.

Phase I would include construction of two of the apartment buildings for a total of 72 units.

Kueper’s estimates rents starting in the low $800 range up to approximately $1,100 per month based on unit size. He said they believe all 72 units will be leased within six months of construction.

Piasecki told the planning commission the comprehensive plan calls for a variety of housing options, including multiple family rentals. Birch Grove does this and at a different price point for the community.

The planning commission and the City Council unanimously supported a conditional use permit by Kueper’s Inc. for the Planned Residential Development of Birch Grove Estates.

The City Council also approved the preliminary and final plat on unanimous votes, something the planning commission had also supported.

“The Trident and Kueper’s developers have been great to work with as they’ve moved through the process,” Piasecki said. “The city appreciates their and PSD’s efforts to provide rental housing opportunities in the city.”

Between the Trident project, Birch Grove Estates and other projects, the waiting lists in the city for market-rate buildings should diminish greatly if not be eliminated, Piasecki said. Developer projections estimated full occupancy of the buildings in less than one year of opening.