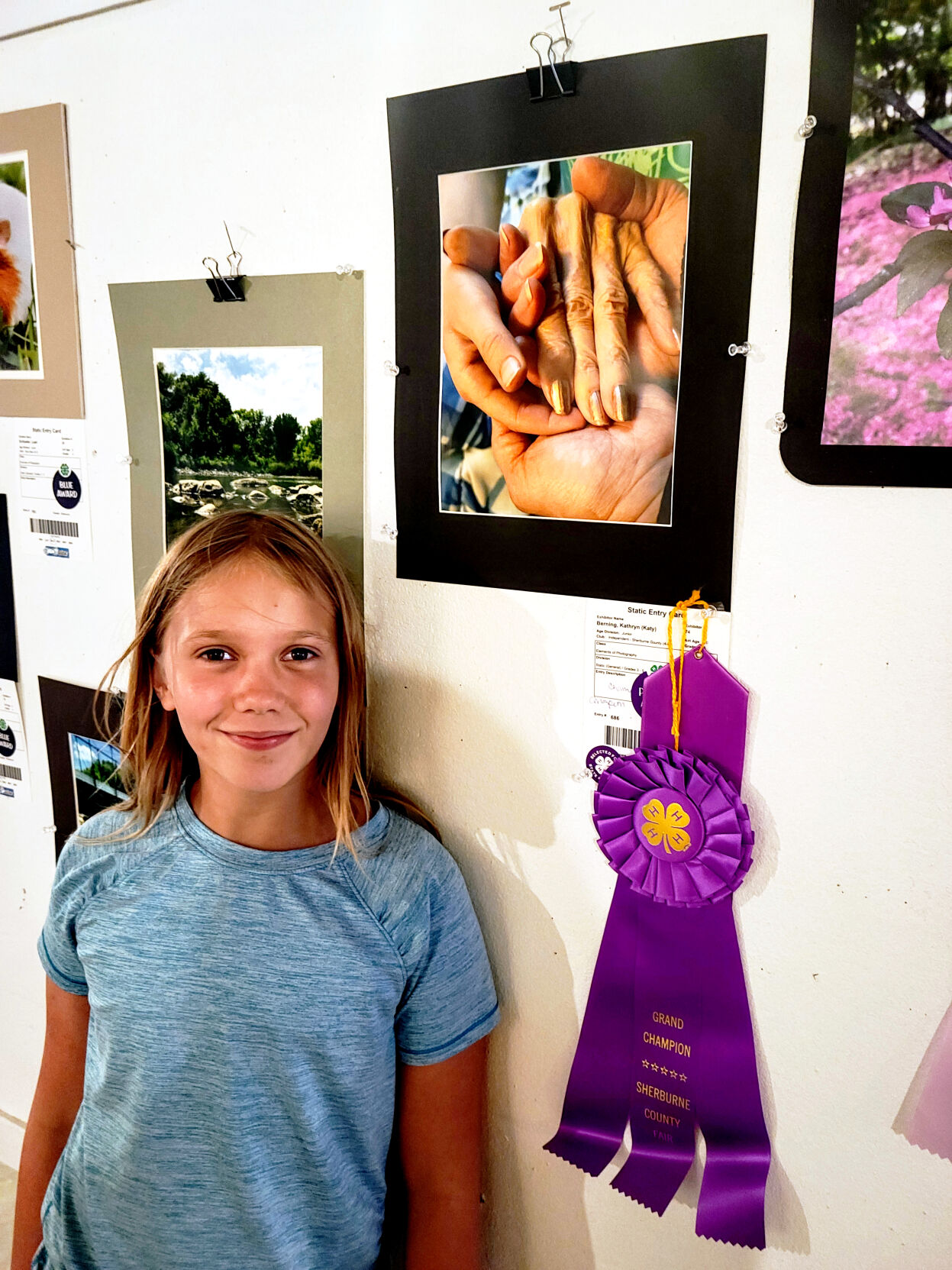 Katy Berning, an 11-year-old Otsego girl, recently snapped a three-generation picture of interwoven hands as a daughter and two grandchildren said goodbye to their dying relative. The photo is not only cherished by the family, it won grand champion honors. 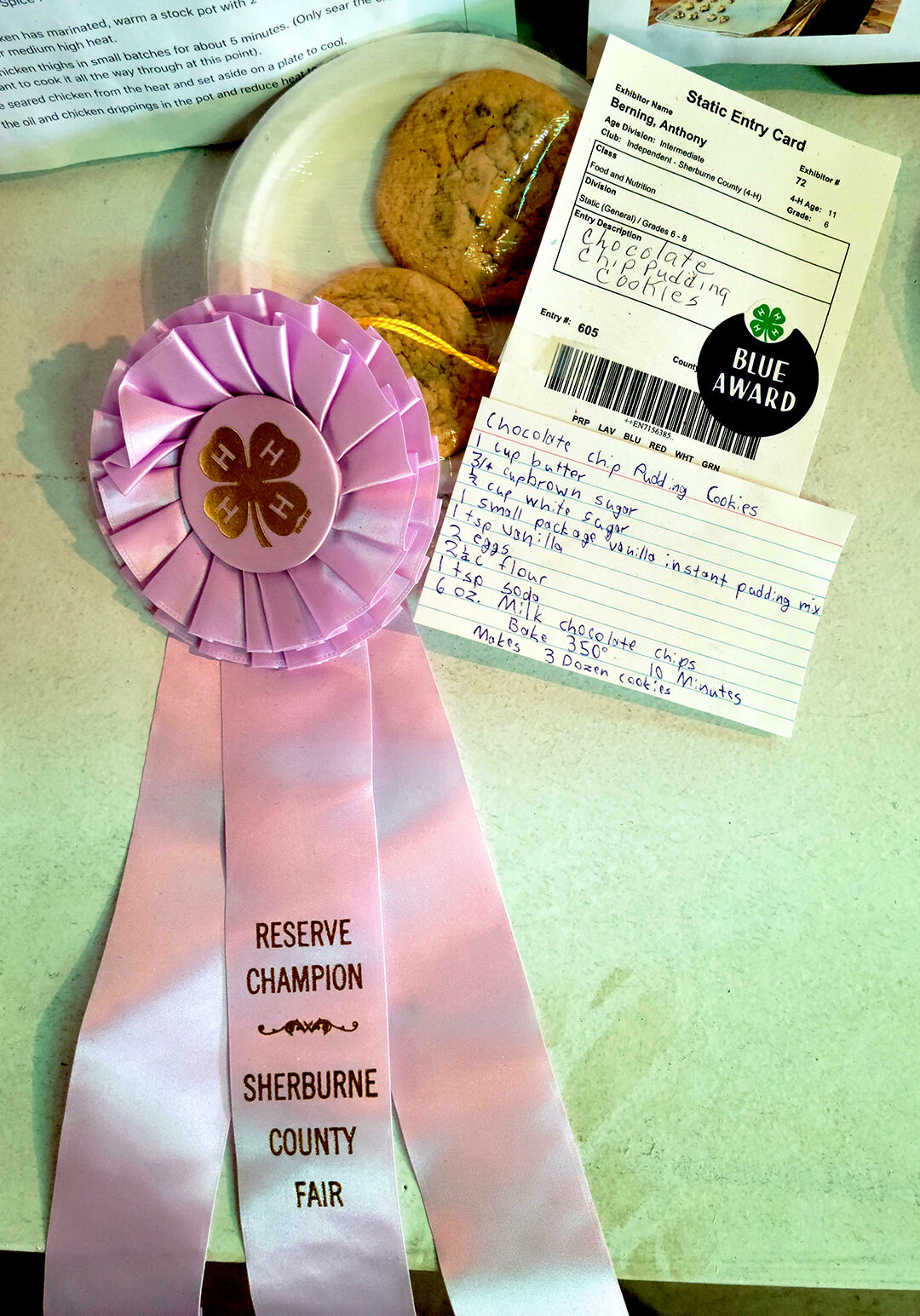 Katy Berning, an 11-year-old Otsego girl, recently snapped a three-generation picture of interwoven hands as a daughter and two grandchildren said goodbye to their dying relative. The photo is not only cherished by the family, it won grand champion honors.

Katy Berning, an 11-year-old Otsego girl, recently snapped a three-generation picture of interwoven hands as a daughter and two grandchildren said goodbye to their respective mom and grandmother as the elder woman closed in on death, instantly creating a cherished family keepsake.

The photo has won the hearts of the Berning family. The photo also won the heart of a Sherburne County Fair judge in July who gave her a grand champion ribbon for her work of art and love.

The judge and countless fairgoers to the four-day event held July 15-18 at the Sherburne County Fairgrounds in Elk River liked the photo. The story behind it only added to its allure.

Katy Berning is a fourth generation 4-H’er who lives on a family farm that raises Holstein dairy cows in Wright County, according to Katy’s mother, Kirsten Berning. Katy’s father, Tom Berning, and his six siblings all went to Elk River High School and were involved with Sherburne County 4-H. That tradition has continued and has roots beyond the Bernings.

“My mom (Katy’s grandma) deeply loved the 4-H program, so she was another huge factor in why we are in 4-H and love it so much,” Kristen told the Star News. “Grandma Kathy was a longtime 4-H volunteer and one of her favorite things every year was our county fair in Red Lake County (in the northwestern corner of Minnesota).”

Katy, or Kathryn Kay, is named after her grandmother Kathryn Kay Vatthauer, who went by Kathy most of her life. She died in June after a 2-1/2-year battle with ovarian cancer.

The award-winning photo was taken by the young Berning girl after she and her family made a 4-1/2-hour drive to say goodbye to Grandma Kathy when a home hospice nurse said she would likely only live for a few more days.

“As we were about to leave (their visit), Katy wanted to take a group picture with Grandma, but Mom did not want that,” Kristen said. “Then Katy remembered one of my friends suggesting that we take a picture of her hands.”

“Grandma Kathy was fine with that and asked that Lauren (Katy’s younger sister) and I hold her hand.

“Lots of tears were shed and goodbyes were said,” Kristen said. “Mom passed away a couple days later. This is our last picture that we have of her.”

Shortly before the start of the Sherburne County Fair, Katy assembled many of her pictures in hopes of presenting a good 4-H photography exhibit. When it came time to choose her pictures, she said her favorite and most meaningful picture she took this past year by far was the one she titled “Three Generations Saying Goodbye.”

She did some cropping, enhancing and framing.

“The details of Mom’s hands turned out so perfectly,” Kristen said. “We couldn’t help but smile as we thought of all the hugs that were given and the cookies that were baked with her loving hands.

“My mom always had a special relationship with her namesake, Katy, so it felt like Mom was still watching out for Katy to help her find the perfect 4-H project and to be present in spirit at our county fair this past week.”

She was there in spirit in one other meaningful way, as Katy’s brother, Anthony, submitted Grandma Kathy’s famous chocolate chip cookie recipe that she was known for. He won a reserve champion ribbon on those cookies.