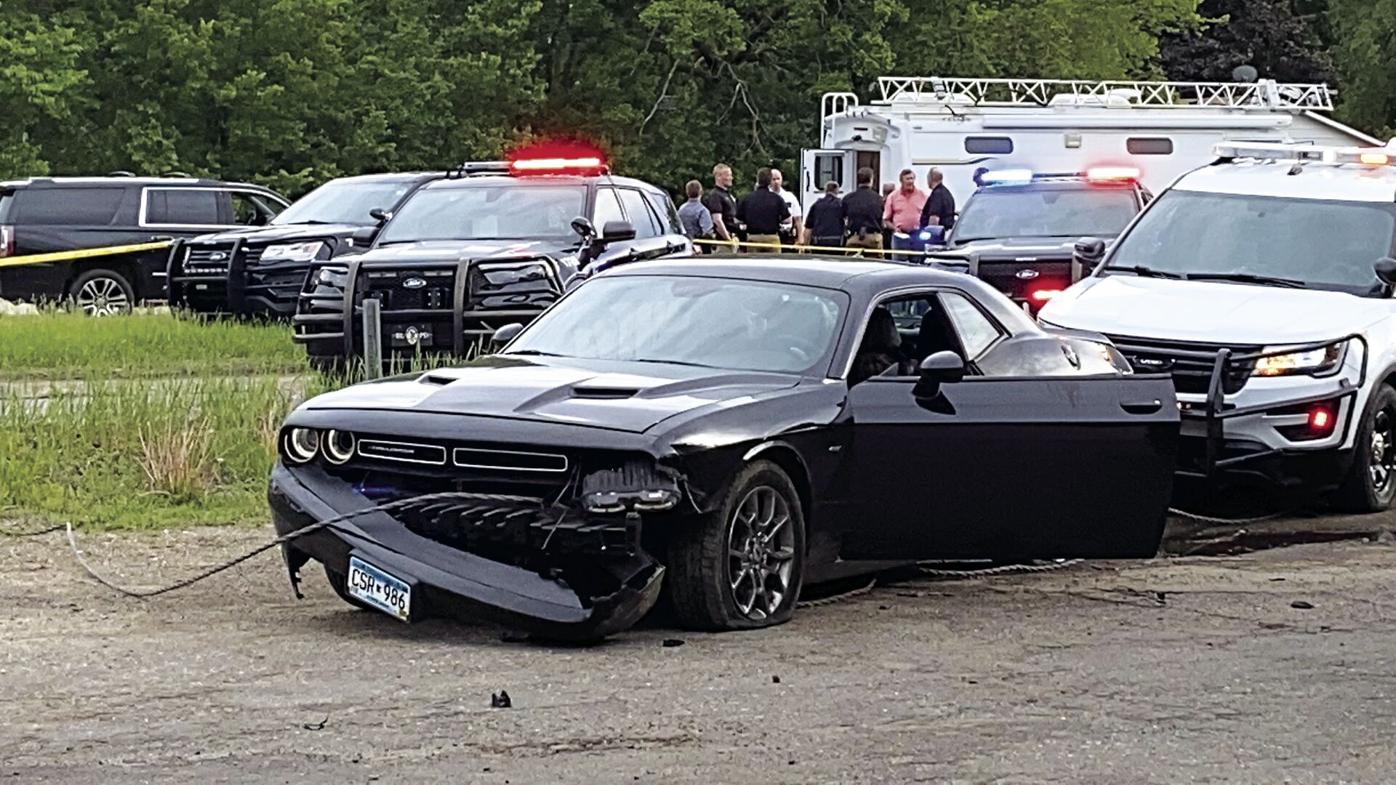 This was the scene along Sixth Street NW in Elk River after a chase ended with a crash, standoff and suicide involving Michaellee Avieda, 26, of Brooklyn Center. 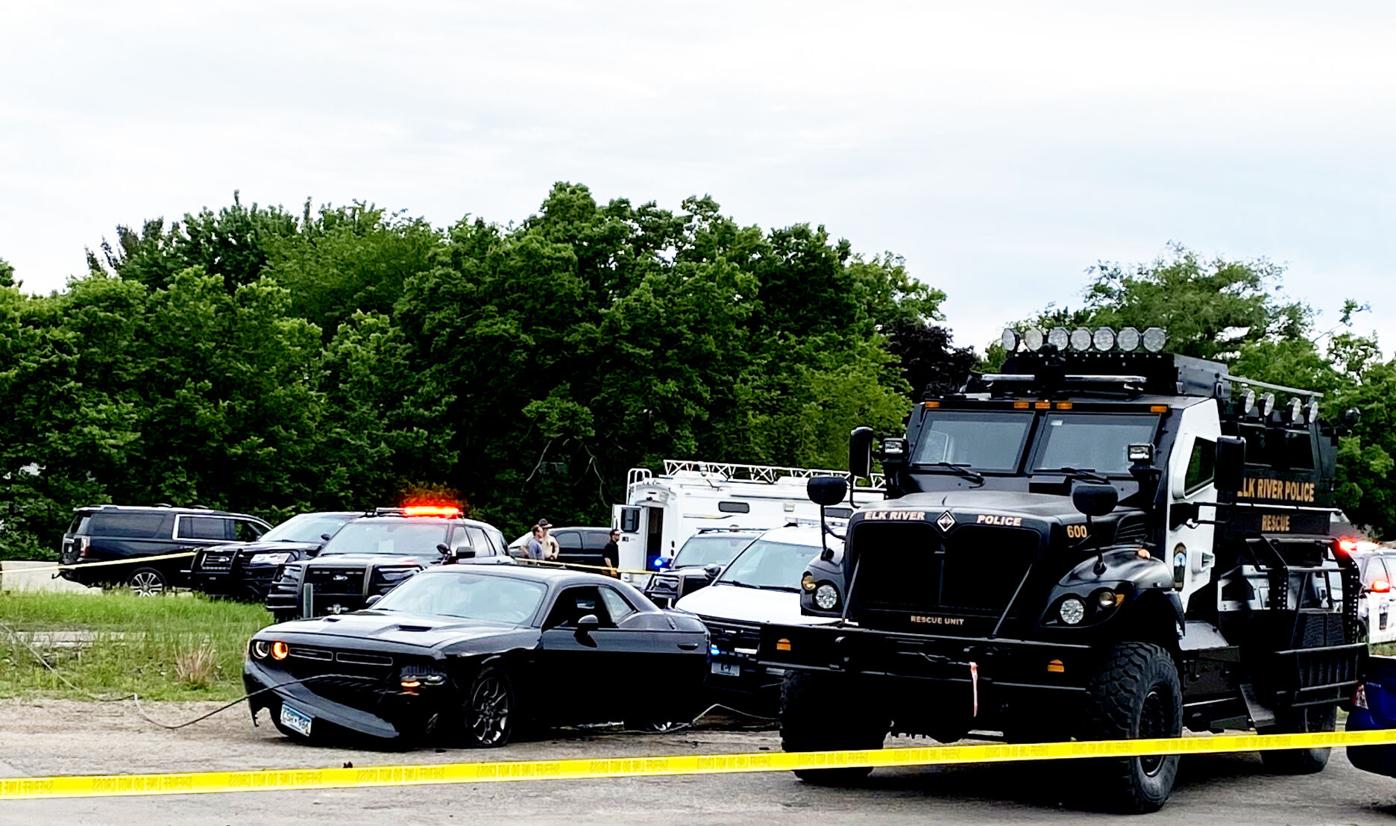 This was the scene on Highway 10 in Elk River near Proctor Avenue after a Brooklyn Center man, 26, took his own life, according to the Minnesota Bureau of Criminal Apprehension. The man led police on a chase before crashing. 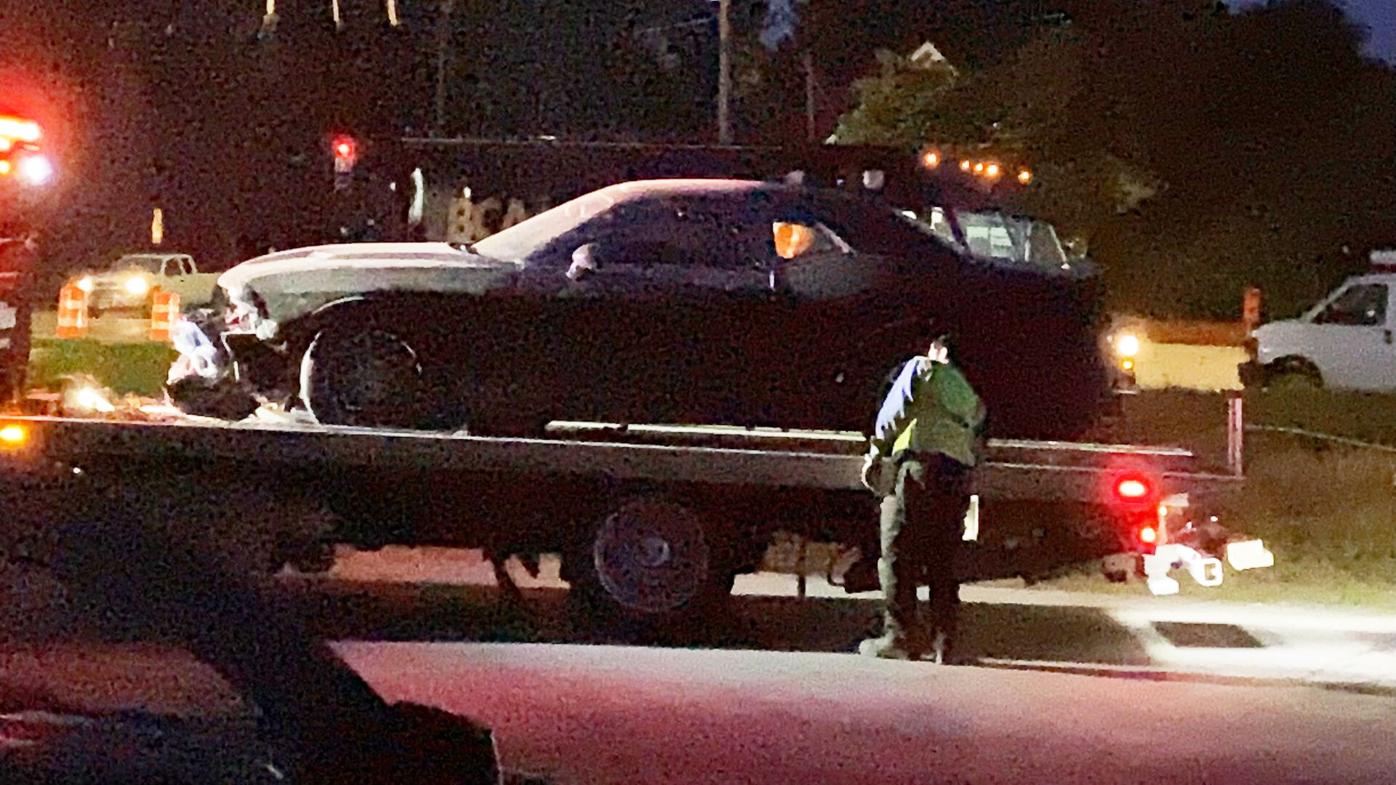 The black Dodge Charger in the incident was towed at night on May 29. Law enforcement spent the afternoon and evening processing the scene.

This was the scene along Sixth Street NW in Elk River after a chase ended with a crash, standoff and suicide involving Michaellee Avieda, 26, of Brooklyn Center.

This was the scene on Highway 10 in Elk River near Proctor Avenue after a Brooklyn Center man, 26, took his own life, according to the Minnesota Bureau of Criminal Apprehension. The man led police on a chase before crashing.

The black Dodge Charger in the incident was towed at night on May 29. Law enforcement spent the afternoon and evening processing the scene.

Brooklyn Center man crashed car after chase, then shot and killed himself as officers tried to defuse the situation, according to the BCA

The residents living along Highway 10 near Proctor Avenue in Elk River are breathing easier after a tense scene played out in front of their homes on the Saturday afternoon over Memorial Day weekend.

It started on May 29 with a pursuit of a Minneapolis shooting suspect that resulted in a crash and a standoff before the suspect reportedly shot and killed himself. The Minnesota Department of Public Safety’s Bureau of Criminal Apprehension has taken over the case and is conducting the investigation into the man’s death.

Law enforcement officers were aware that day that the Minneapolis Police Department was pinging a phone of a shooting suspect, and at one point the ping was indicating the suspect was leaving Isanti County and entering Sherburne County, according to an initial complaint report filed by Elk River Police.

BCA officials say Avieda was spotted traveling in a black Dodge Charger on Highway 10 in Big Lake headed toward Elk River on May 29. When law enforcement officers from the Sherburne County Sheriff’s Office and Big​ Lake Police Department pursued him, he fled and they gave chase at speeds reaching 100 mph, according to police scanner traffic. During the pursuit, Sherburne County deputies attempted a PIT maneuver and State Patrol troopers used stop sticks to attempt to stop the vehicle.

Elk River officers set up on the north city limits. The suspect did not initially enter the city, so officers cleared.

Later, Big Lake Police reportedly located the vehicle, which fled from them, in the city of Elk River, and that’s when Elk River joined in the apprehension efforts and pursuit.

At one point during the pursuit the driver fired shots at law enforcement, the BCA reported.

The suspect’s vehicle left the roadway, crossing oncoming lanes of traffic and crashing through a barrier before coming to rest on a side street near Proctor Avenue and Highway 10 in Elk River.

Chuck Ripka, who lives right in front of where the crash happened, was having a barbecue at his home with family in his backyard when they heard sirens and then the crash.

“As soon as we came around the corner (of our house) there were probably a dozen squad cars,” Ripka said. “The squads were all behind him, and we could see it all right from our driveway.”

Ripka said he could see movement in the car and the person in the car appeared to be laying down on his side.

“Fortunately for us the cable had stopped the car,” he said. “... They had asked him to throw his gun out and (said) that they could work this out.”

Neighbors also told WCCO-TV news they saw officers with guns drawn swarming the area, and that police came to their door and told them: “You guys are going to have to go downstairs in case some bullets are flying. You don’t want to be up here,” Lee Overby told the news station.

Law enforcement also waved the Ripkas to get in the house. Eventually, they came knocking on their door, and asked if they could come in, he said. They directed them downstairs and used a window of the front of the house to point a scope at the driver, Ripka said.

At some point, law enforcement noticed the suspect slumped over the steering wheel with shallow breathing, according to the Facebook page MN Crime Watchers. It also reported an armored vehicle and air care was requested. The suspect’s movements were monitored with the assistance of that armored vehicle and a drone.

“About 15-20 minutes later they told us to come on up now,” Ripka said. “They told us the person’s dead now and that he shot himself.

“Unfortunately, (this guy) leaves behind a mom and a dad and siblings,” Ripka said. “They have to suffer with the death.”

Avieda was wanted in connection with a shootout that occurred inside an apartment building near South Ninth Street and LaSalle Avenue in Minneapolis earlier Saturday, the BCA said.

The other man involved in the shootout is being treated for multiple gunshot wounds at Hennepin Healthcare, according to a May 29 WCCO television news report.

Based on the preliminary investigation there is no indication that any law enforcement officers ​discharged their weapons during this incident.​

The BCA is investigating this incident with assistance from the Minnesota State Patrol.