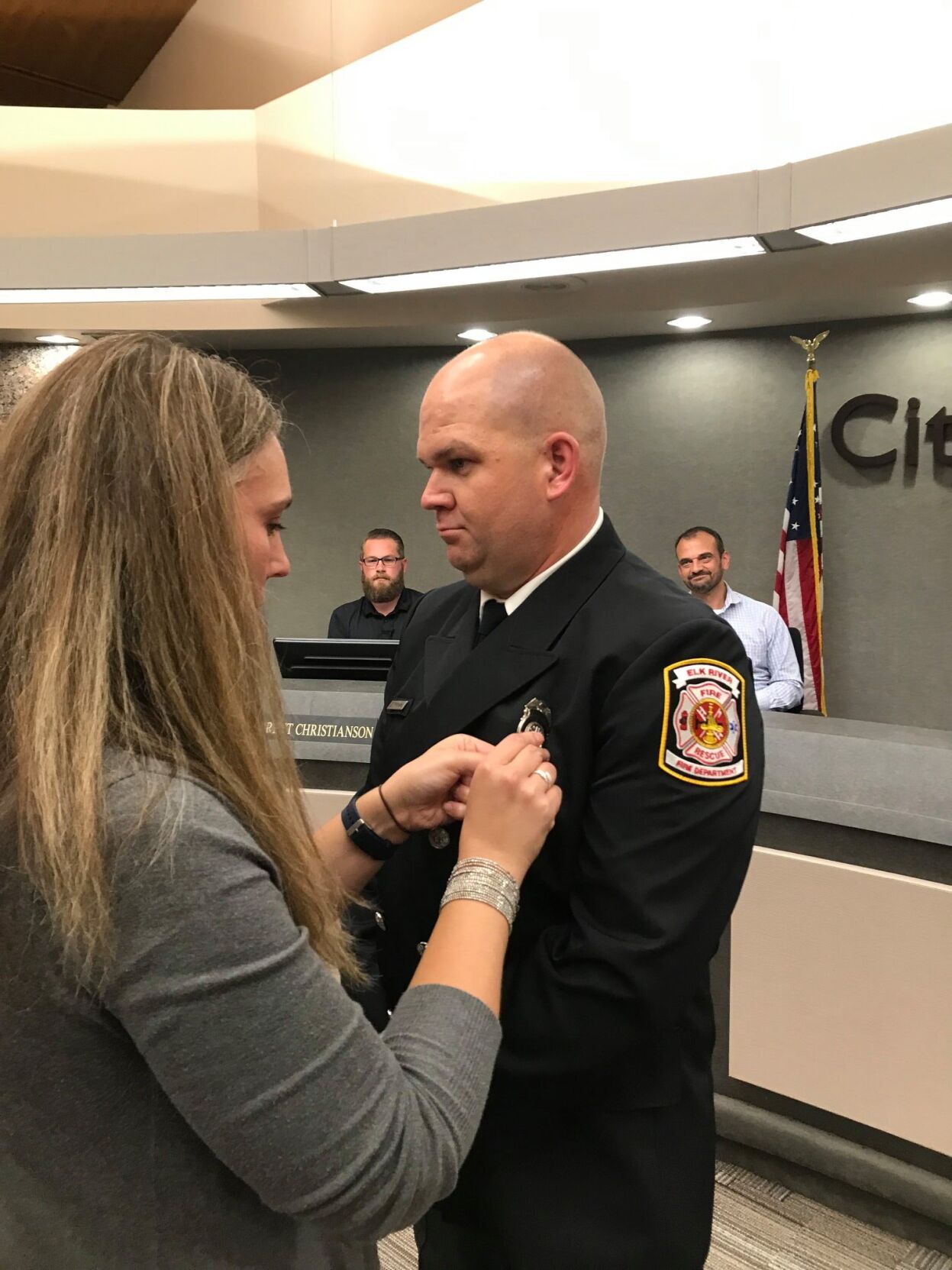 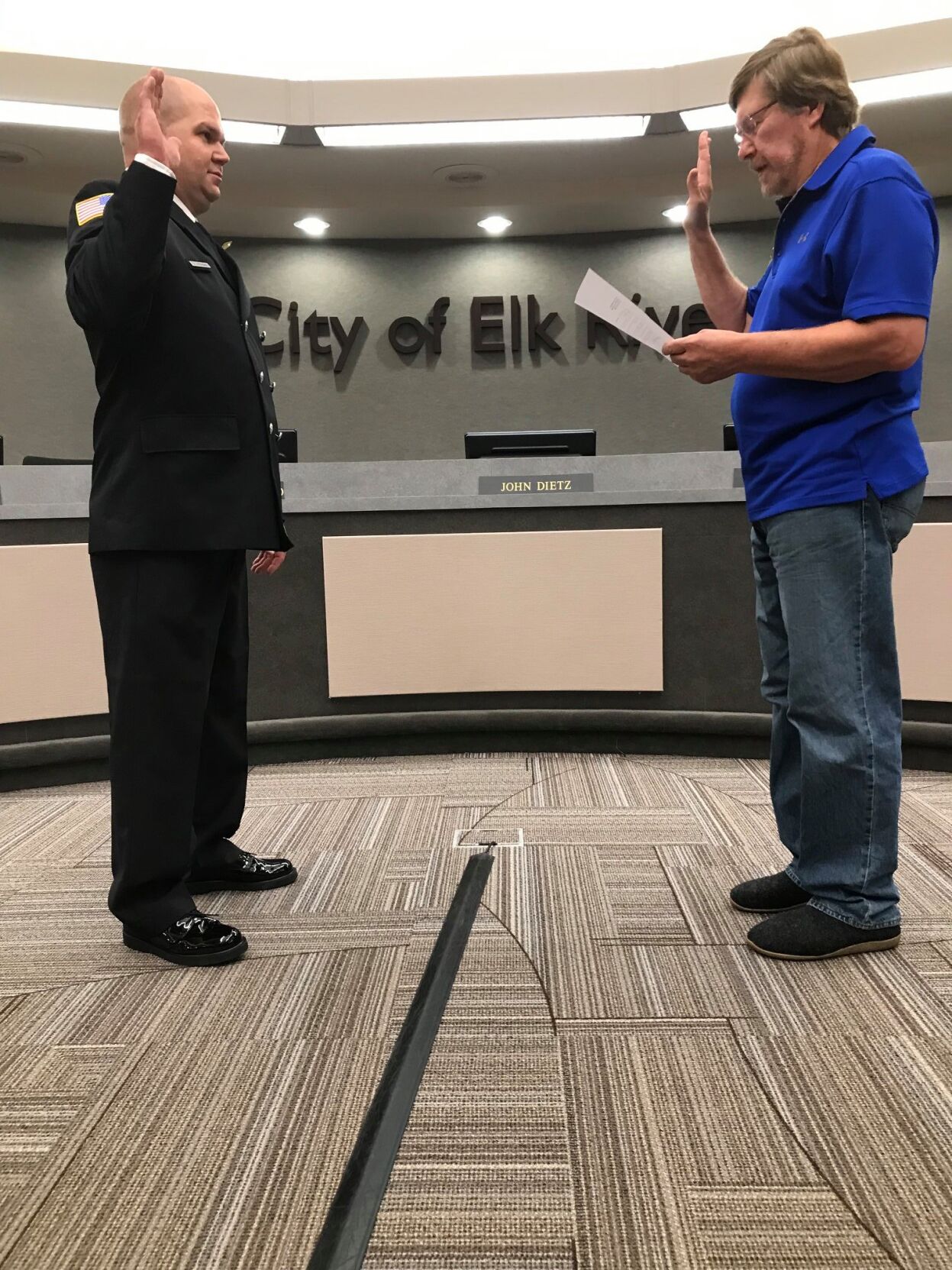 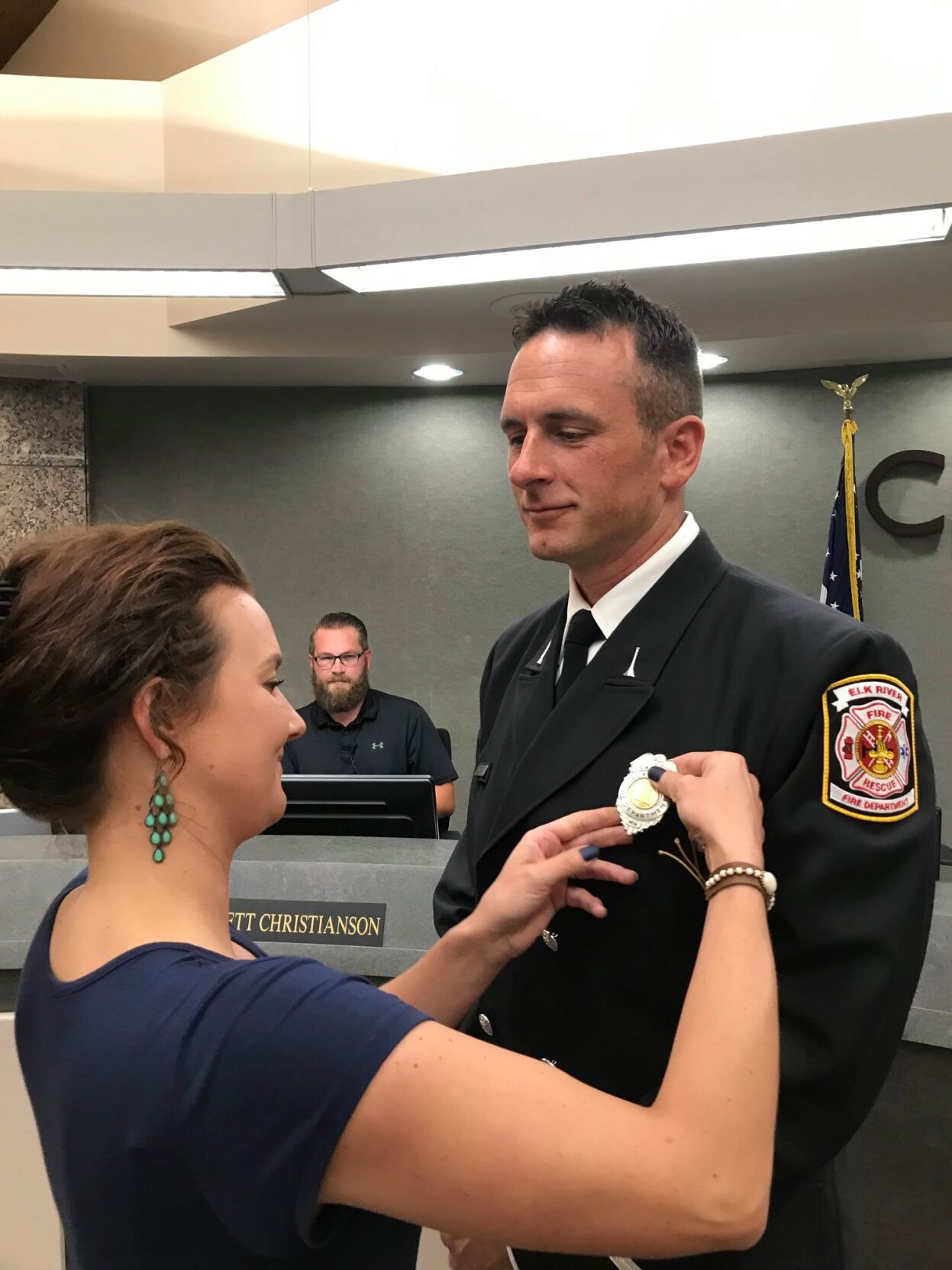 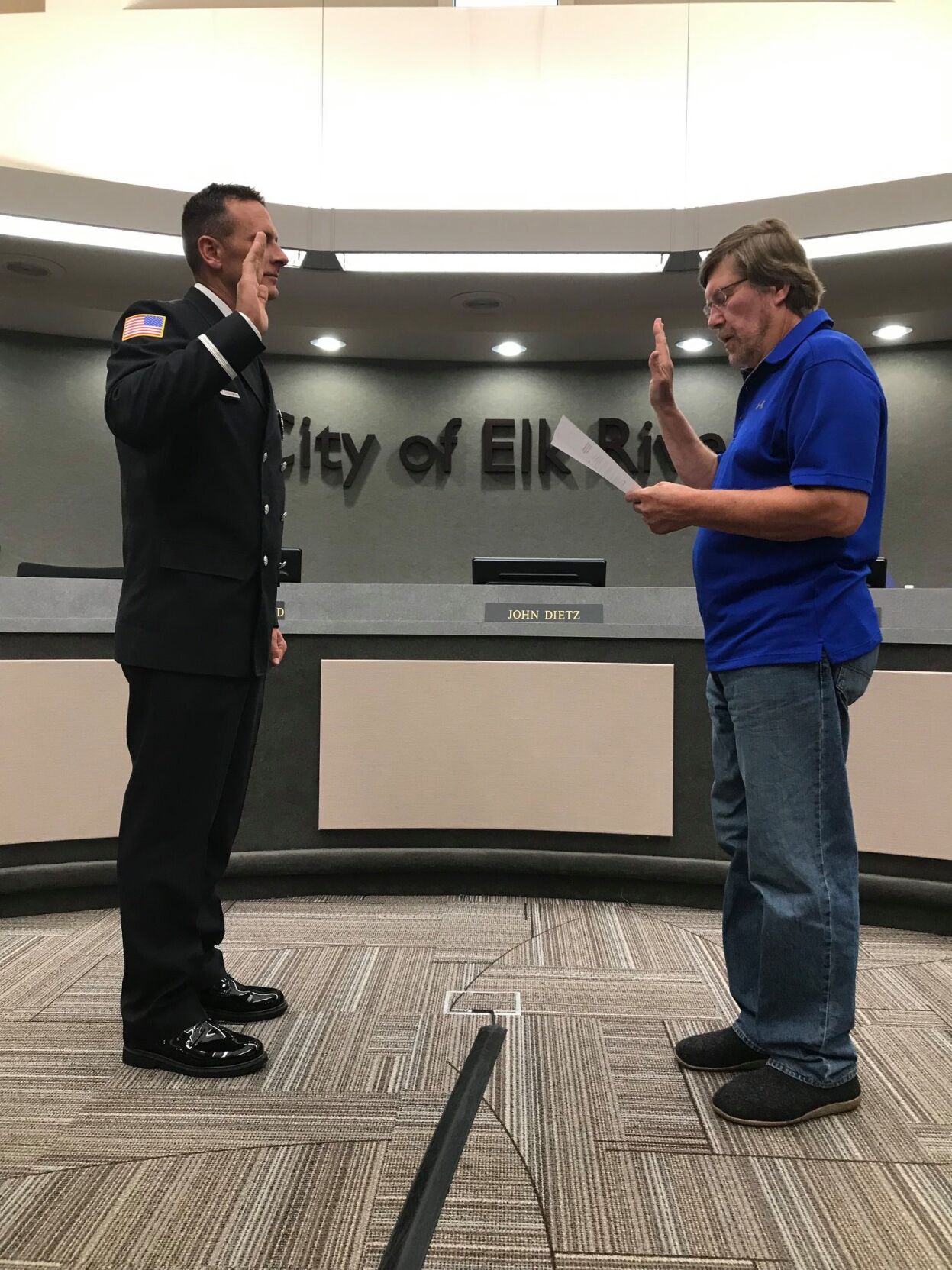 In preparation for the opening third fire station, the Elk River Fire Department asked for and got permission to increase the number of paid-on-call firefighters.

Needless to say the fire department is looking for new recruits as it prepares to have a fire station on the side of town in time for the Highway 169 Redefine road construction project.

The department has posted signs around town asking people to become fireefighters. Interested persons can apply online at www.ElkRiverMN.gov/JoinERFD

The position he vacated was filled by firefighter Garrett Erdman, who was promoted to the position of lieutenant at the same meeting.

Both Hoffman and Erdman have been with the department for seven years. Hoffman has a background in the military.

He was described by Elk River Fire Chief Mark Dickinson as a person who is calm under pressure, and fellow firefighters have expressed a comfortability and trust with him as a captain.

“We look forward to seeing him progress as a leader,” Dickinson said.

Hoffman’s wife, Nicole, pinned his badge on after he was sworn in by Elk River Mayor John Dietz.

Erdman successfully completed the department’s officer development program and earned the support of the officer corps to be promoted to the open position of lieutenant.

He also has experience with the Osseo Fire Department and working on an ambulance crew.

Dickinson described him as a humble leader and said the department has full confidence in his abilities.

Both Hoffman and Erdman will work at Fire Station No. 1 on Jackson Avenue.

Erdman’s wife, Nikki, pinned his badge after he was sworn in by Dietz.

The Elk River Fire Department received a donation from the Elk River Lions for $2,000 that was approved at the July 6 Elk River City Council meeting. The intent of the donation is for the department to use the funds toward extrication equipment.