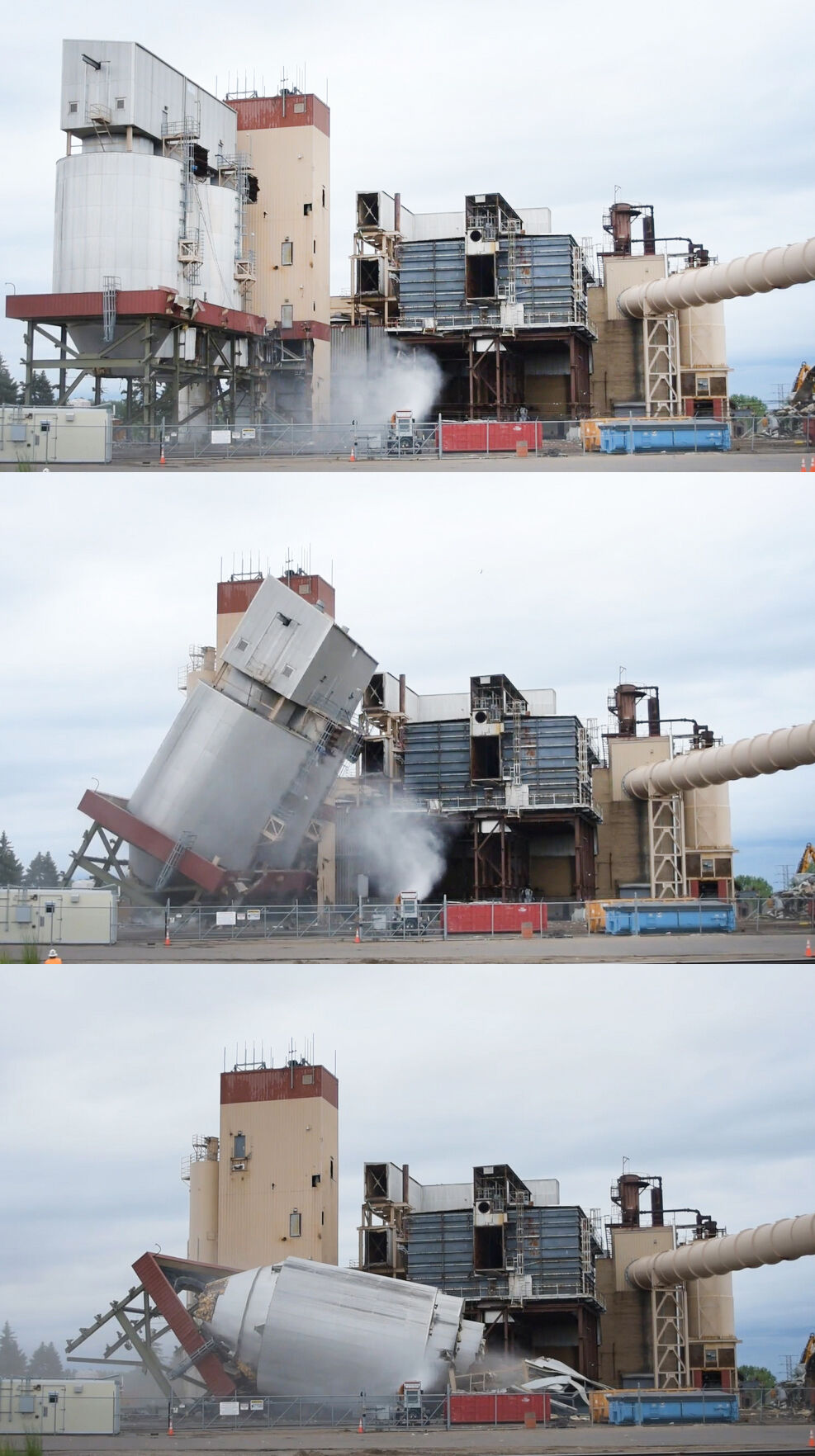 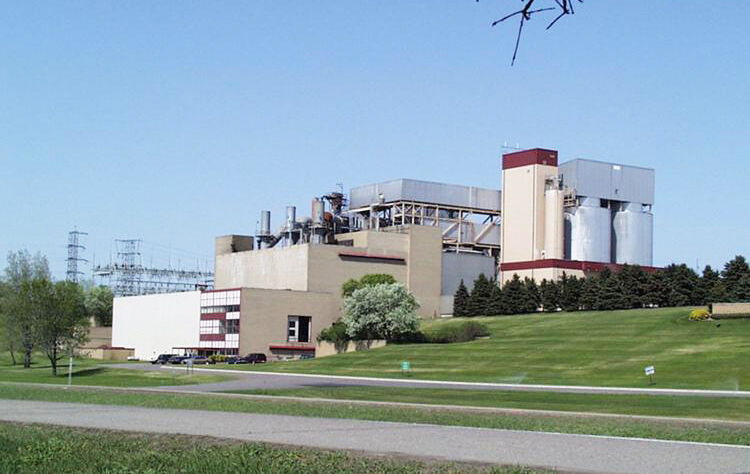 The power plant has been a landmark in Elk River for decades, located on a hill overlooking Highway 10 and the Mississippi River.

The power plant has been a landmark in Elk River for decades, located on a hill overlooking Highway 10 and the Mississippi River.

Other buildings will remain; more than 100 people continue to work at the Elk River campus

“We’re taking it apart by pieces,” said Tim Steinbeck, Great River Energy’s director of resource recovery. He said the goal is to have it down to ground level by Thanksgiving, maybe early December.

He updated the Sherburne County Board of Commissioners on the progress during Tuesday’s board meeting.

Steinbeck said the Minnesota Pollution Control Agency is allowing the deep foundations and pilings to remain in place. But demolition will be done four feet below the final grade. The hole will be filled in the spring and the site will be “returned to a more natural hillside,” he said.

GRE will continue to own the site and still has other buildings there that will remain. More than 100 employees continue to work at the Elk River campus, Steinbeck said.

The power plant, called the Elk River Energy Recovery Station, is situated on a hill overlooking Highway 10 and the Mississippi River and has been an Elk River landmark for decades.

Originally built in 1950, it became a waste-to-energy facility in 1989 when it began burning garbage to generate electricity. The garbage was first sorted and shredded into a substance called refuse-derived fuel.

The power plant was shut down on March 15, 2019, following years of economic challenges, according to a GRE’s web site.

Crews have spent much of the summer taking down some of the site’s largest structures, including the power plant’s main stack. Early July saw the removal of the majority of the plant’s air quality control/scrubber building. That included the safe felling of two scrubber silos and associated duct structures, according to GRE.

Demolition and site restoration are expected to be completed in 2021.

The power plant is one of three components to the project that are being sidelined. The other two facilities are GRE’s ash landfill in Becker, which houses ash from the Elk River power plant, and the processing plant at 10700 165th Ave. NW in Elk River where the garbage was turned into refuse-derived fuel.

The ash landfill is going through a closure process. GRE has been trying to sell the processing plant.

“We spent the first year looking for someone who would value it as a processing plant. Unfortunately they were never able to secure the waste stream that would guarantee them a business there,” Steinbeck said.

Now, he said they are working to sell the property to others.

“We’re still working that out. It’s likely not, at least immediately, going to be a waste processing operation,” he said

However, he also noted that GRE has maintained the equipment.

“To date that (processing) plant is relatively unchanged. It’s still powered and ready to run if somebody wanted it,” he said.

The county board voted unanimously Tuesday to approve a certificate of closure for the processing plant.