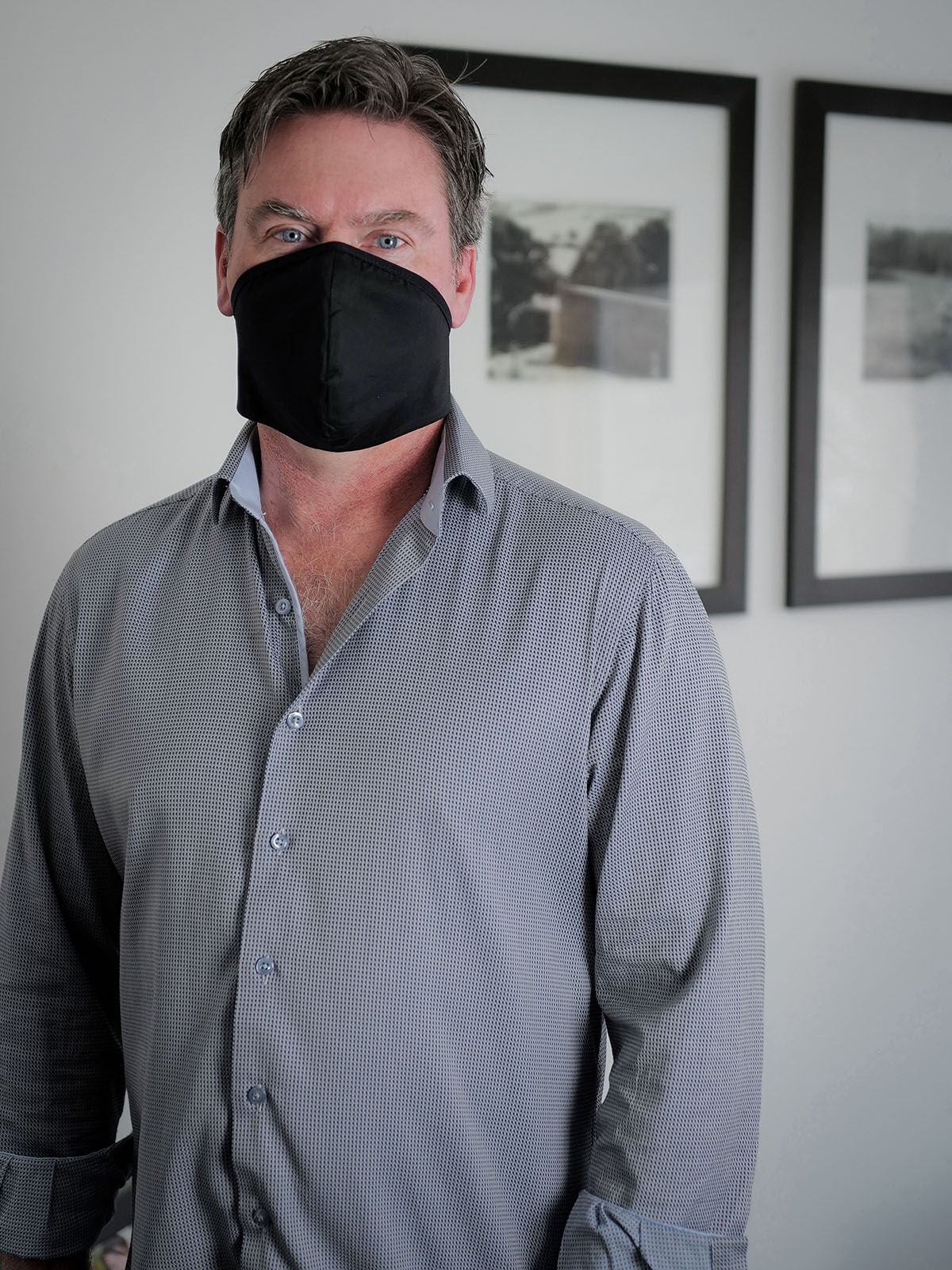 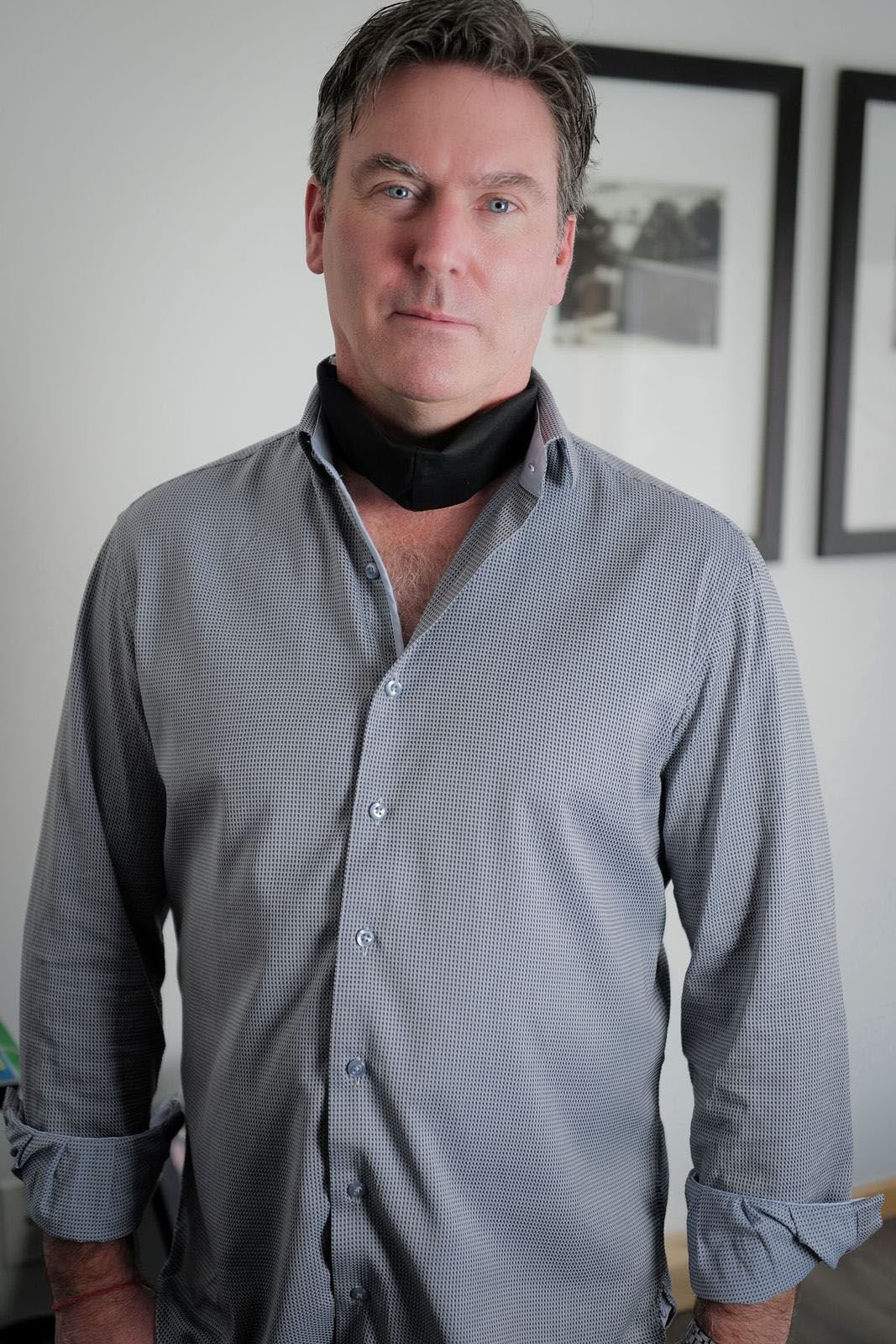 David McClellan, of Elk River, has designed a new face mask. It is made to be worn around the neck when not in use. 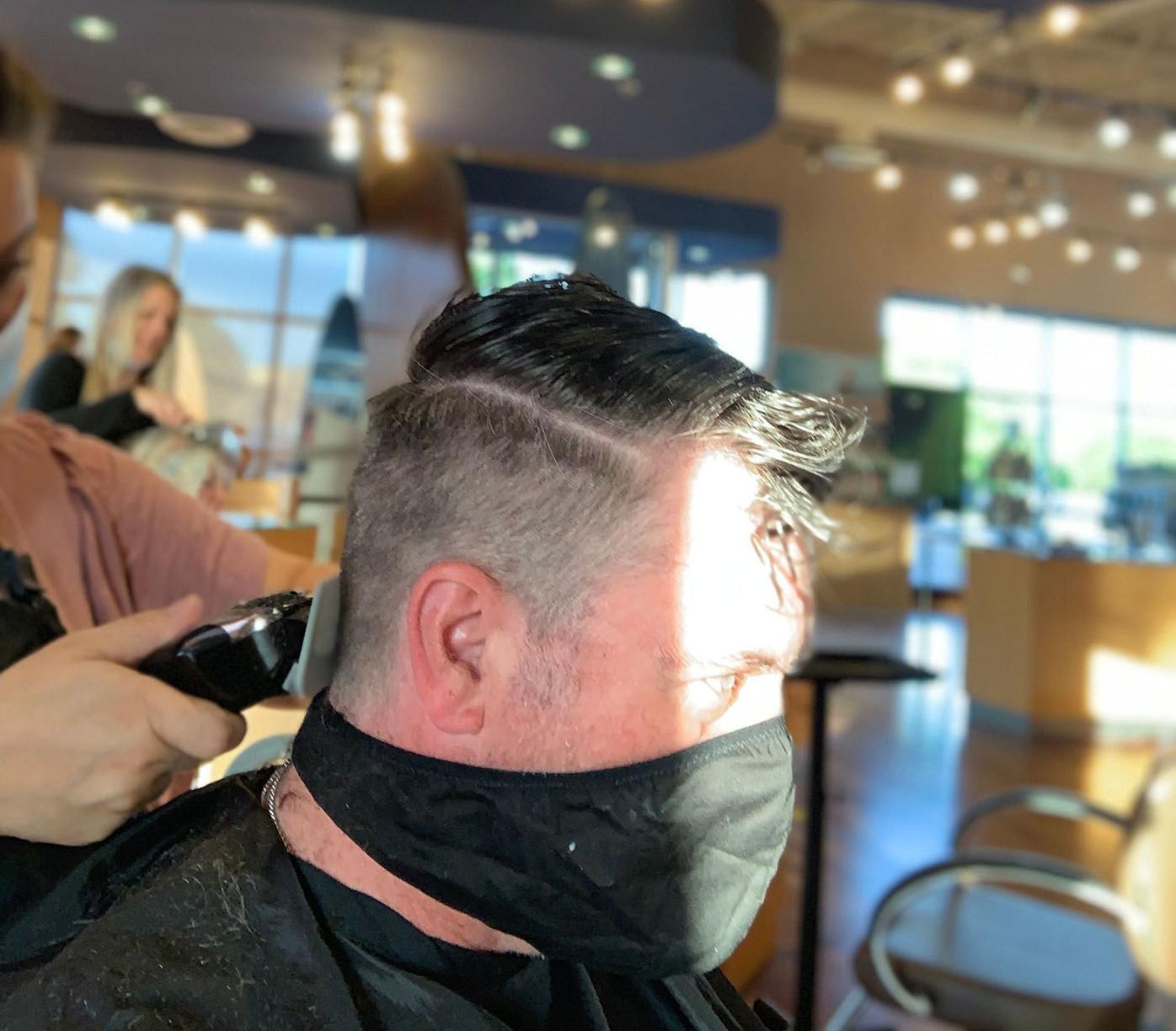 The KIWY mask fastens at the back of the neck, keeping it out of the way during a haircut.

David McClellan, of Elk River, has designed a new face mask. It is made to be worn around the neck when not in use.

The KIWY mask fastens at the back of the neck, keeping it out of the way during a haircut.

After 20 years with Aveda’s video and motion team, he wanted to do what he could to help struggling sector

When the COVID-19 pandemic hit early last year and started impacting businesses, David McClellan began thinking of how he could help salons.

He had spent 20 years of his career working for Aveda Corporation’s video and motion team and, while he no longer worked there, he wanted to do what he could to help keep salons open while ensuring the safety of stylists and guests.

That led McClellan, of Elk River, to design a mask with a Velcro closure at the back of the neck. Unlike typical masks which feature loops behind the ears, this mask wouldn’t be in the way while people were getting their hair washed, cut, colored or styled.

It’s called the KIWY (Keep It With You) Mask, so named because the mask is designed to kept around the neck when not in use. That makes it easy for the wearer to pop it up over the nose when needed. “We noticed masks were everywhere they weren’t supposed to be: back pockets, rear view mirrors and dangling from ears,” McClellan explained.

While he designed the mask for the salon industry, he said he soon realized it had a much broader appeal than just that market. The design also works well for going to the gym or restaurant or running errands, and seniors like it because it doesn’t dislodge hearing aids like masks with ear loops can, he said.

“The hearing aid community has really embraced this mask,” he said.

“We saw an opportunity to bring something to the market that is highly functional and really works in everyday life situations,” Reilly said. “The unique design helps increase usage because you don’t need to remove it from your body and you can quickly pull it up when needed.”

The KIWY Mask is two-ply, washable, reversible and made of 97% cotton and 3% spandex. It sells for $14.99 and is available online at kiwymask.com and Amazon and at businesses like Home Service Hearing Aid in Nowthen. A wholesale program is also available for larger quantities with discounted rates.

McClellan said the feedback on the product has been overwhelmingly positive.

“It’s been an amazing project,” he said.