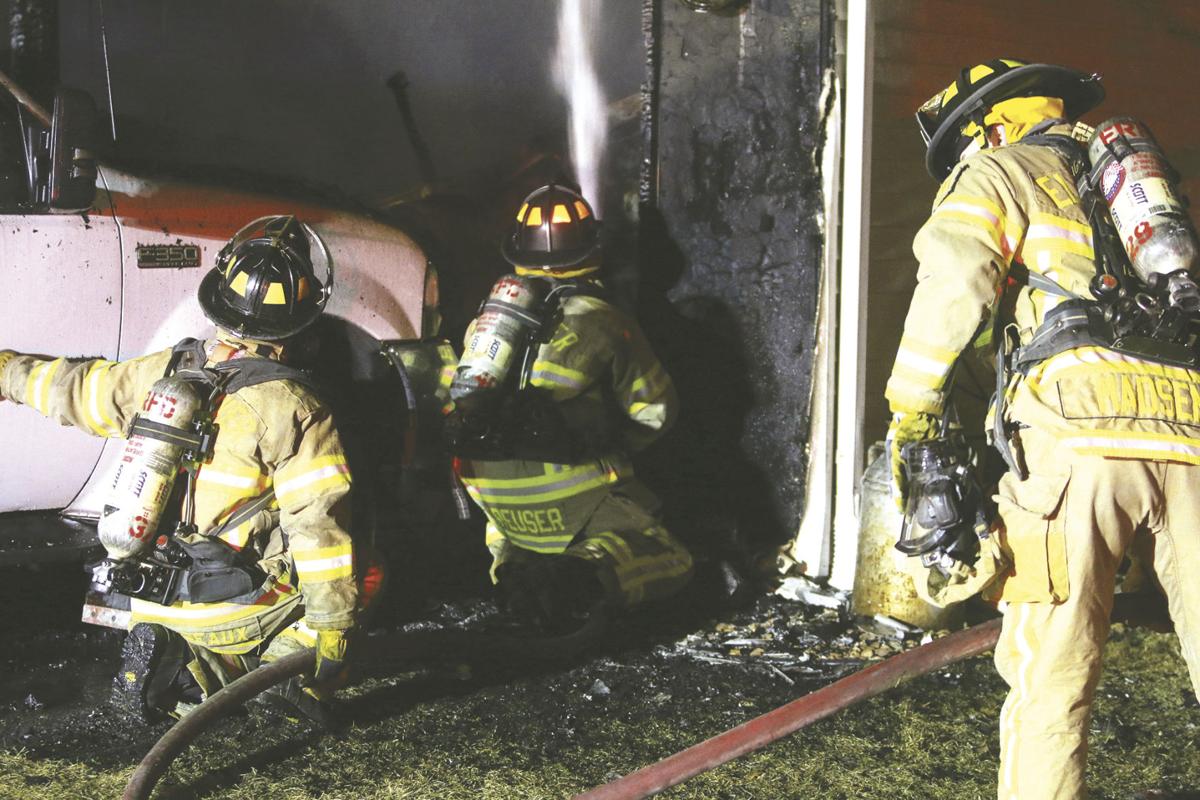 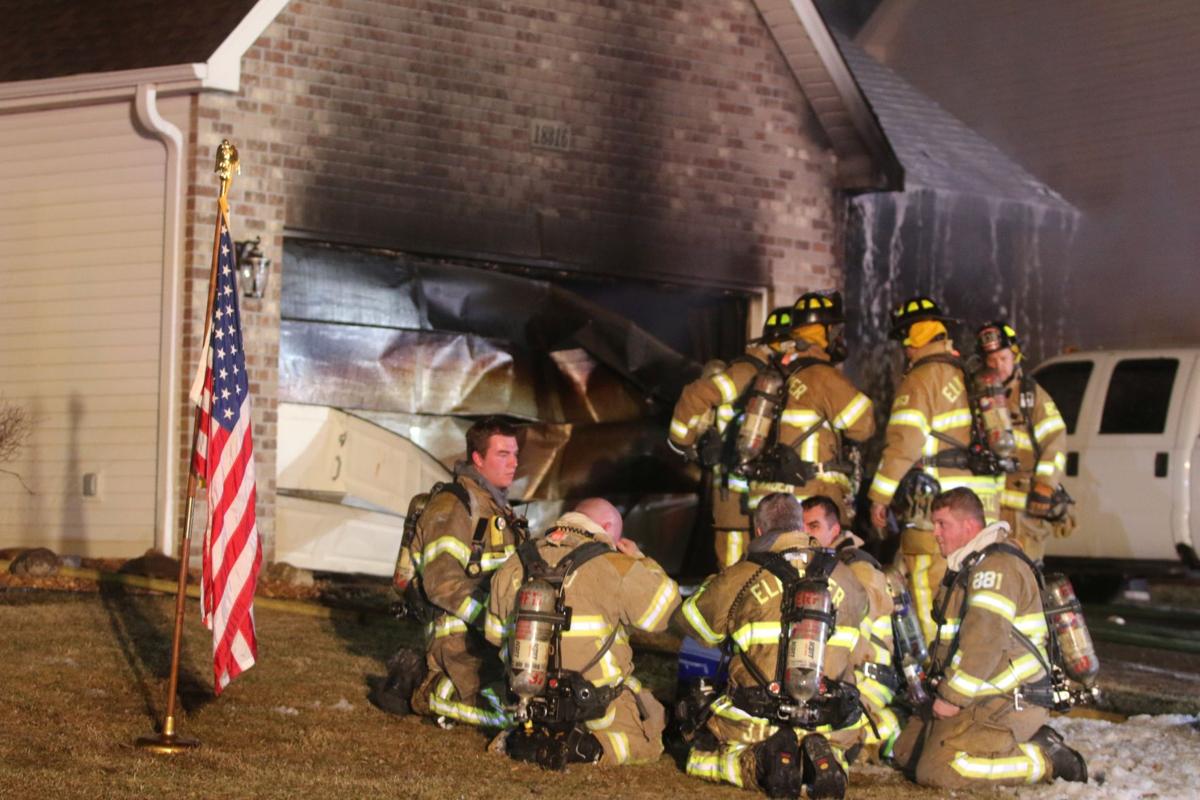 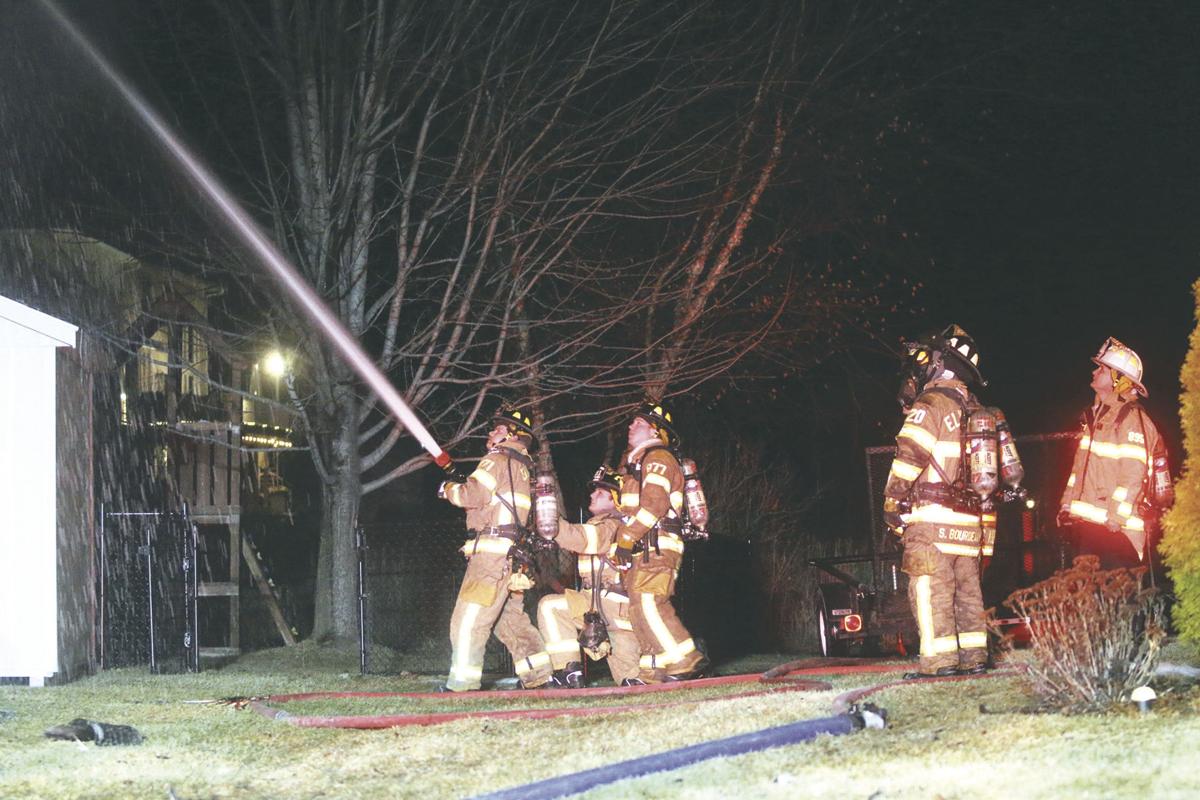 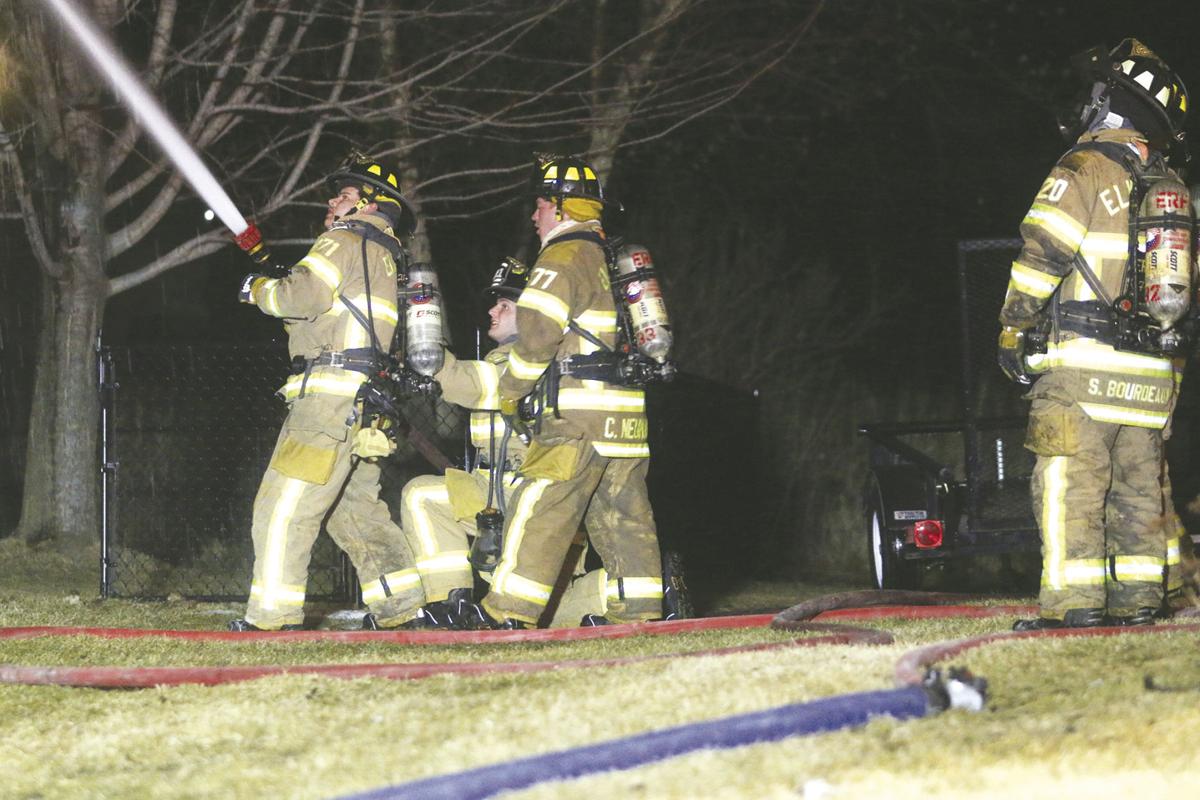 Elk River Police and Fire were called at 8:15 p.m. on March 10 to the 18300 block of Tyler St. in the Trout Brook Farms housing development on a report of a house fire reported by a neighbor.

Police and fire arrived to find the front of a truck and the home’s third stall  garage  and its door on fire. An officer was able to verified everyone who was in the home had made it out of the home.

Elk River Fire Chief Mark Dickinson said that the fire was on the east side of the city served as a reminder to how difficult it is to get across the highway and how much more difficult it will become in the future. He said his crew  did a good job getting the fire knocked down quickly once there, and firefighters had the benefit of a fire hydrant right outside the home and the entire garage had  sheet rock installed.

The time of the fire allowed the couple that lived there and their kids to get out safely, he said. “Had it been at 2 a.m. and the family was asleep it could have been a lot different outcome,”Dickinson said.

With the garage fully involved upon arrival, the fire did reach into the attic space and moved down the roofline. Thermal imaging cameras were heavily used to separate where the fire was from the smoke and darkness.

‘One of the guys told me he could hear the fire crackling, but could not see the flames if not for the imaging equipment,” Dickinson said.

While the fire mostly contained to the vehicle and the garage, the rest of the home suffered heavy smoke and water damage.

Crews were able to clear after about three hours of work. The cause of the fire remains under investigation, Dickinson said, noting early indications were that it was an electrical issue in the garage.

Many of the most important valuables were retrieved from the home by firefighters.

The Red Cross arrived that night and assisted the family.

Earlier in the day on March 10, Elk River Fire responded to a gas significant gas leak in the 22000 block of Watson St., which released dangerous amount of explosive gas. Dickinson said the main gas line to the home had be turned off.

“Everything turned out OK, but it could have been bad,” he said.

Firefighters were expected to continue search and rescue train exercises on Main Street this week, including at home at the corner of Main Street and Gates Avenue.

How do you spend most free time with Stay at Home order?