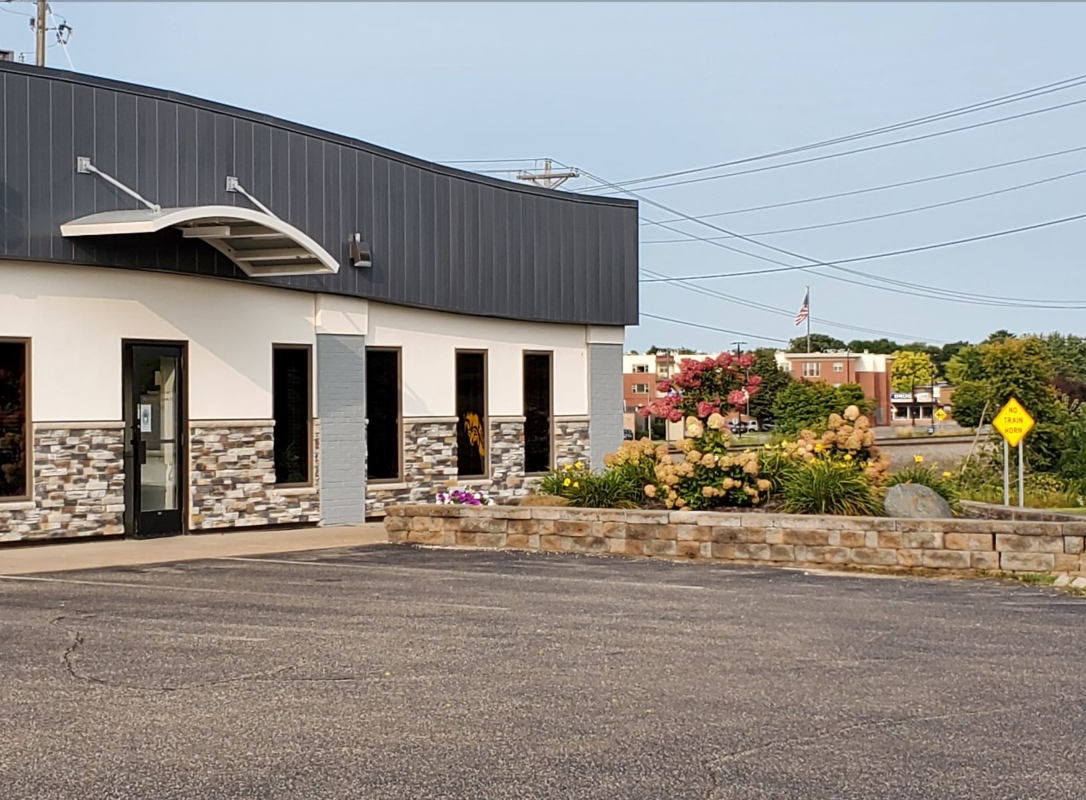 Main Street and Gates Avenue in Elk River are looking different of late, and one reason is the recently completed improvement project. 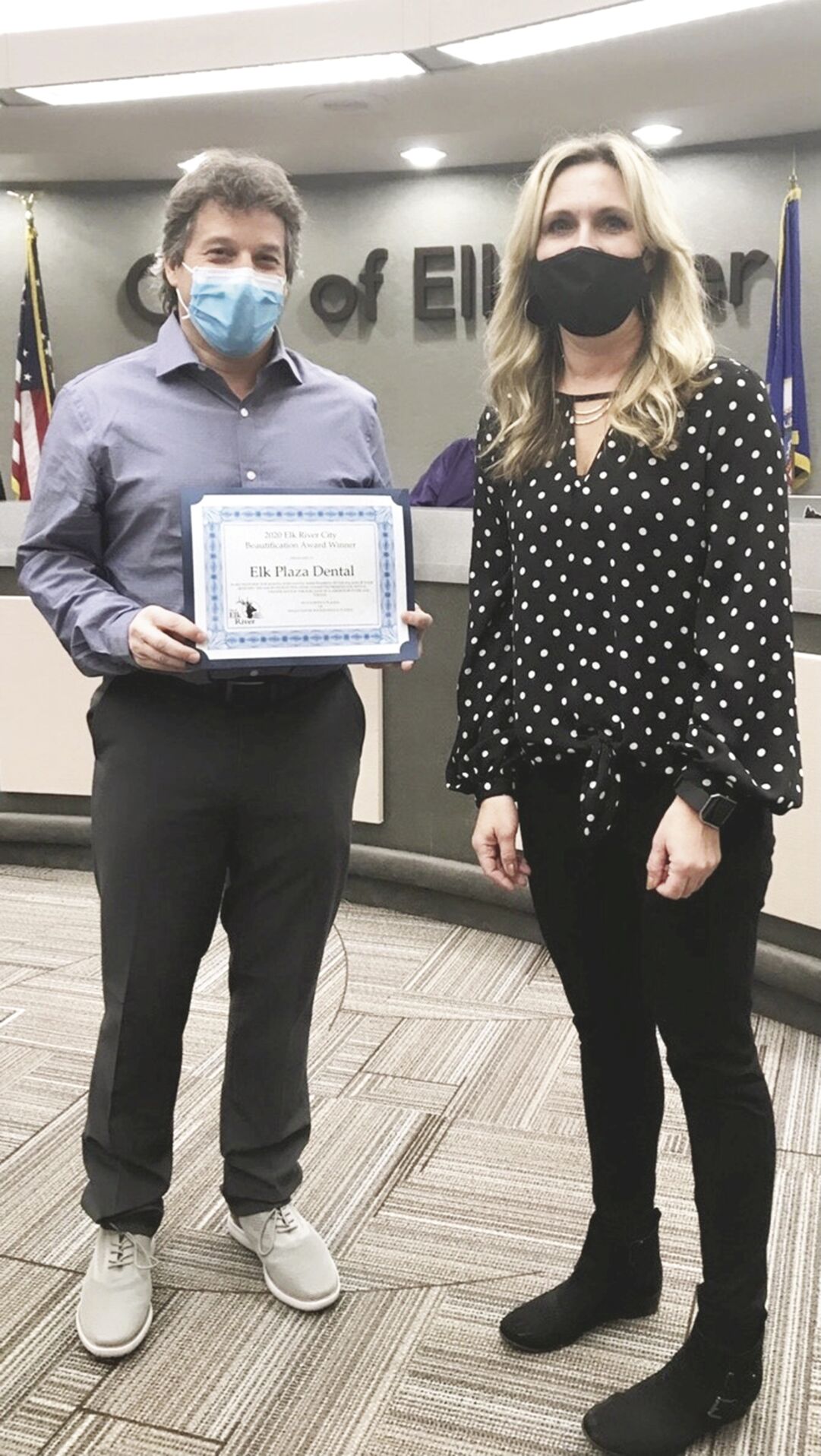 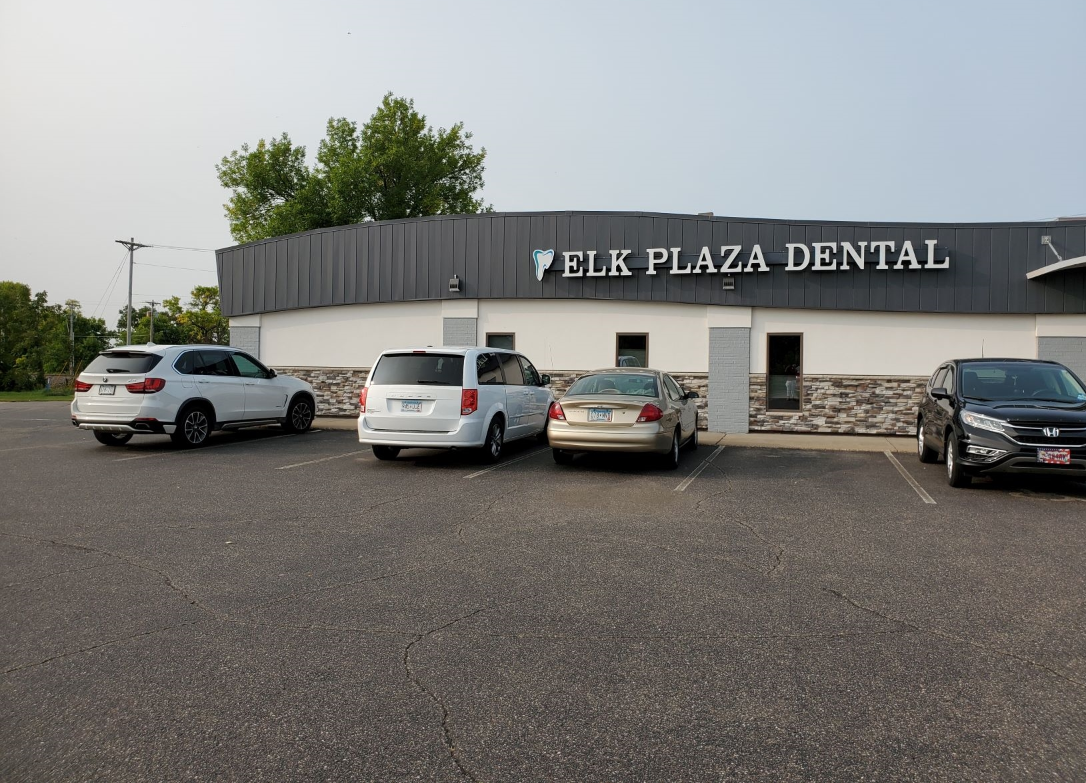 Main Street and Gates Avenue in Elk River are looking different of late, and one reason is the recently completed improvement project.

If you haven’t noticed the improvements to Elk Plaza Dental at 501 Main St. in Elk River, you probably haven’t driven by the place in a while.

That was just one of the compliments heaped on Dr. Eric Hunter, the dentist and businessman behind an impressive remodeling effort that went on in 2020 — even through a pandemic — to give his business and the neighboring ones a renewed presence on the corner of Gates Avenue and Main Street.

Hunter, who considers himself a community partner, accepted the award at both the Elk River Economic Development Authority meeting and again at the Elk River City Council meeting on Monday.

Hunter was credited with modernizing the building exterior, adding new landscaping and making Elk River a better place for business.

“They took an older building and gave it much needed pop and beautification,” said Tamara Ackerman, chair of the Beautification Committee, who was joined by Ryan Hardin and Melissa McAlpine of the committee in presenting the award.

The EDA Beautification Committee was established in March 2017. From May through October, the committee accepts nominations from the public and self-nominations. This year the group selected one finalist to recommend for the award. Past winners have included The Bank of Elk River, Heritage Construction, Chow Mixed Grill and BBQ, and ABRA Auto Body.

The Beautification Committee seeks to recognize owners of the both commercial properties and industrial sites for improvements, upgrades, landscapes, renovations, restorations, and new structures that are architecturally noteworthy.

On Nov. 9, the committee reviewed two applications that were considered as finalists for this year’s award. The other was Plaisted Companies, Inc, which remodeled its Outdoor Landscape Supply Showroom at 11555 205th Ave. The showroom is a display area for homeowners and contractors to come for outdoor hardscaping product ideas.

Council Members Jennifer Wagner and Matt Westgaard called Elk Plaza Dental an excellent choice, given the dramatic nature of their improvements and the visibility it has on Main Street where a lot of activity has been going on this year in preparation for more development.

“Dr. Hunter has done a great job beautifying that corner and his business,” Wagner said. “I’m happy to see him nominated.”

Appreciation was expressed for both finalists for their work and improvements.

Dan Tveite, the chair of the EDA, called the businesses “outstanding nominations.”

“The work that Dr. Hunter did on that very visible corner (made) a night-and-day difference,” Tveite said.

Hunter, who grew up in Anoka, has worked in Elk River since 1996 as an associate and as owner since 2009. In addition to general dentistry, he also specializes in sports dentistry and recommends custom-fit mouth guards for his patients.