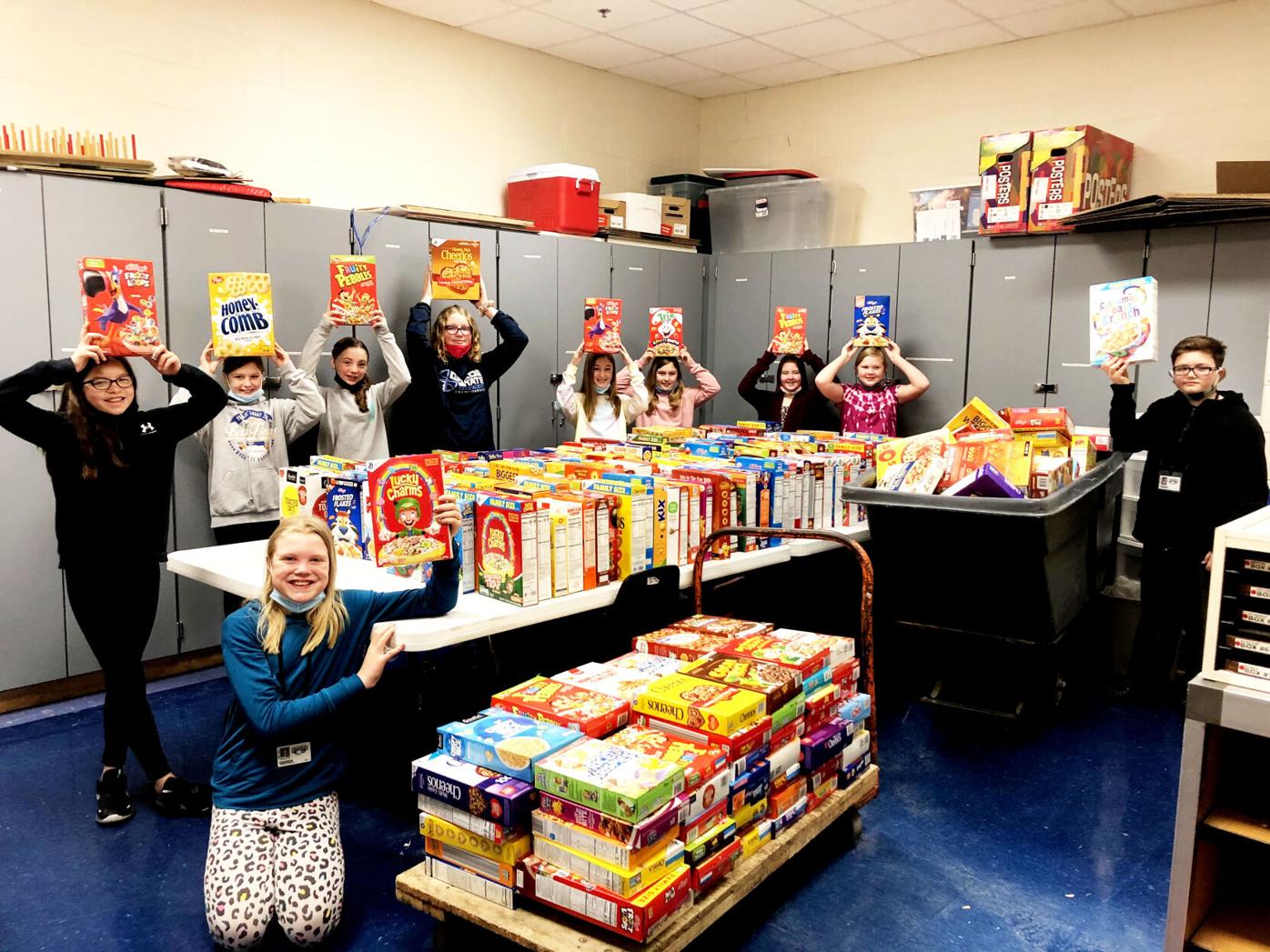 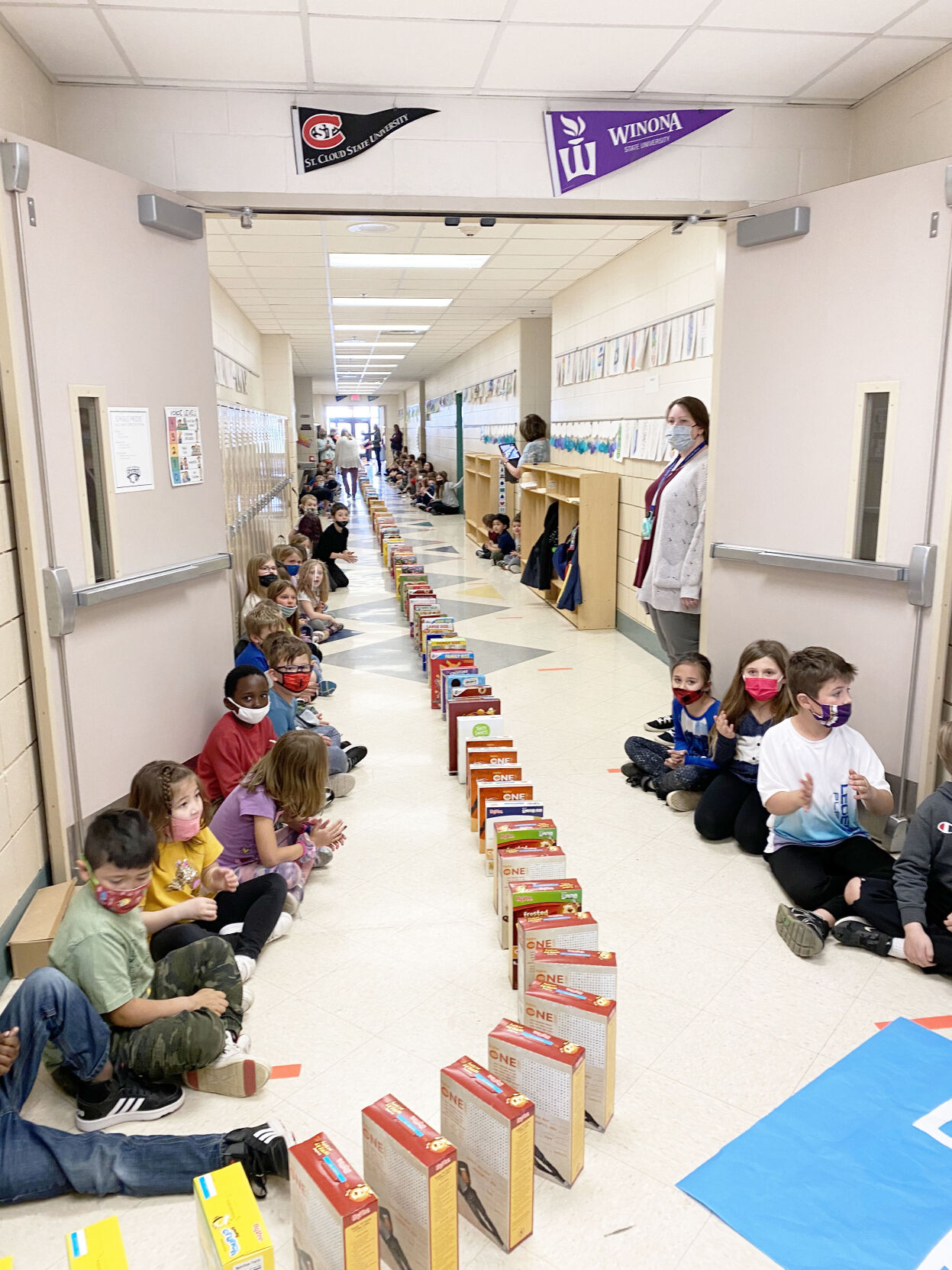 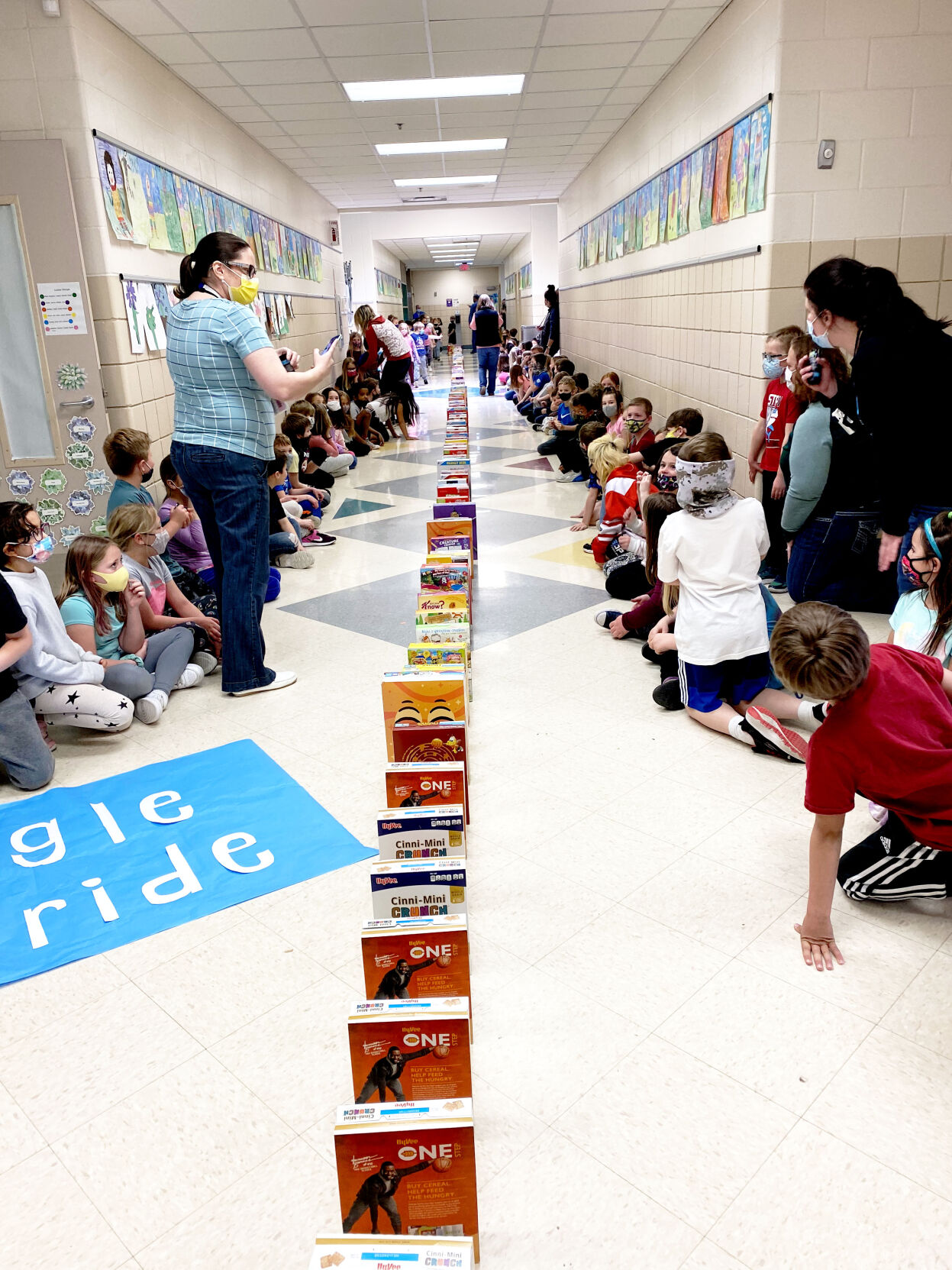 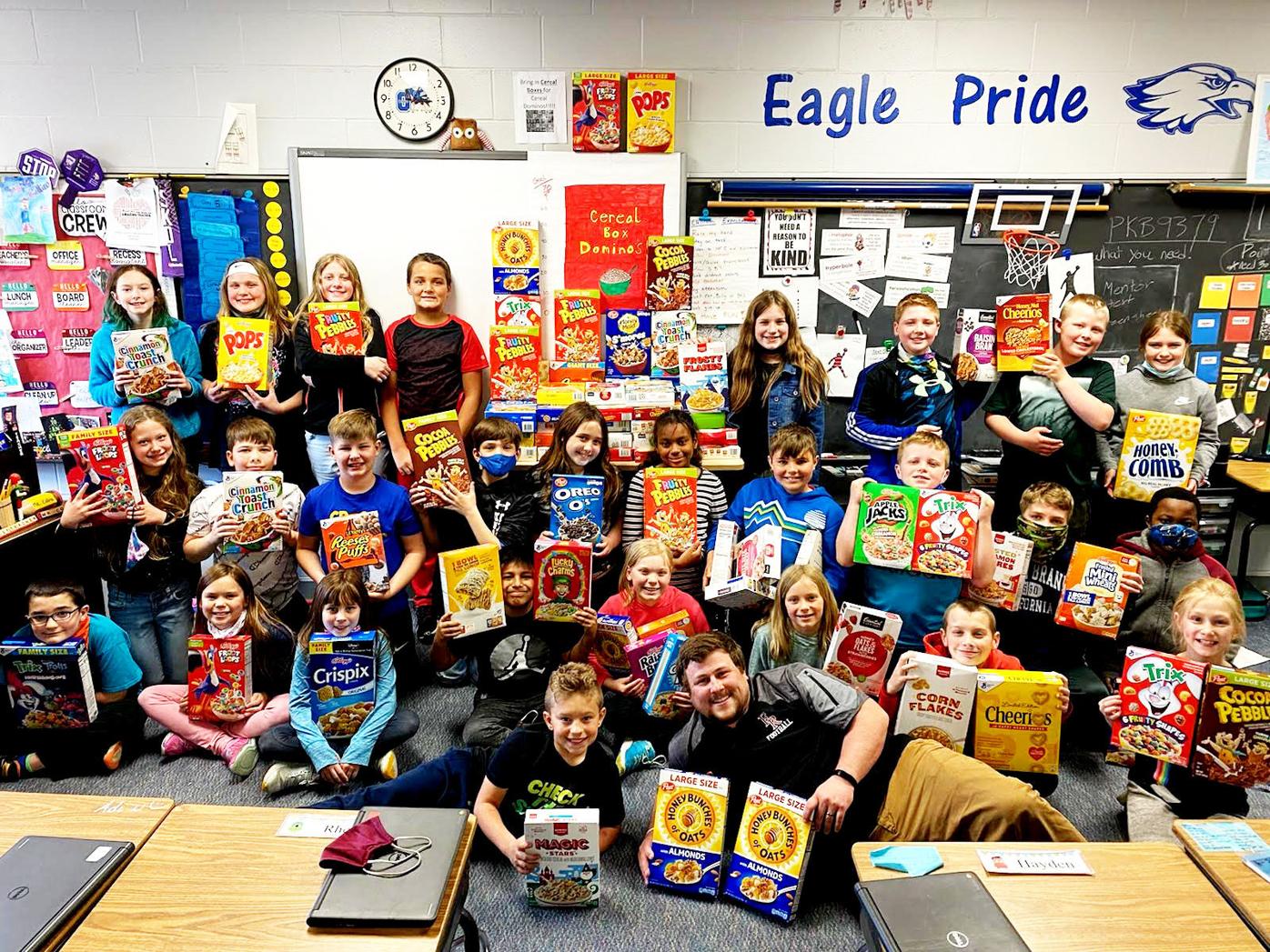 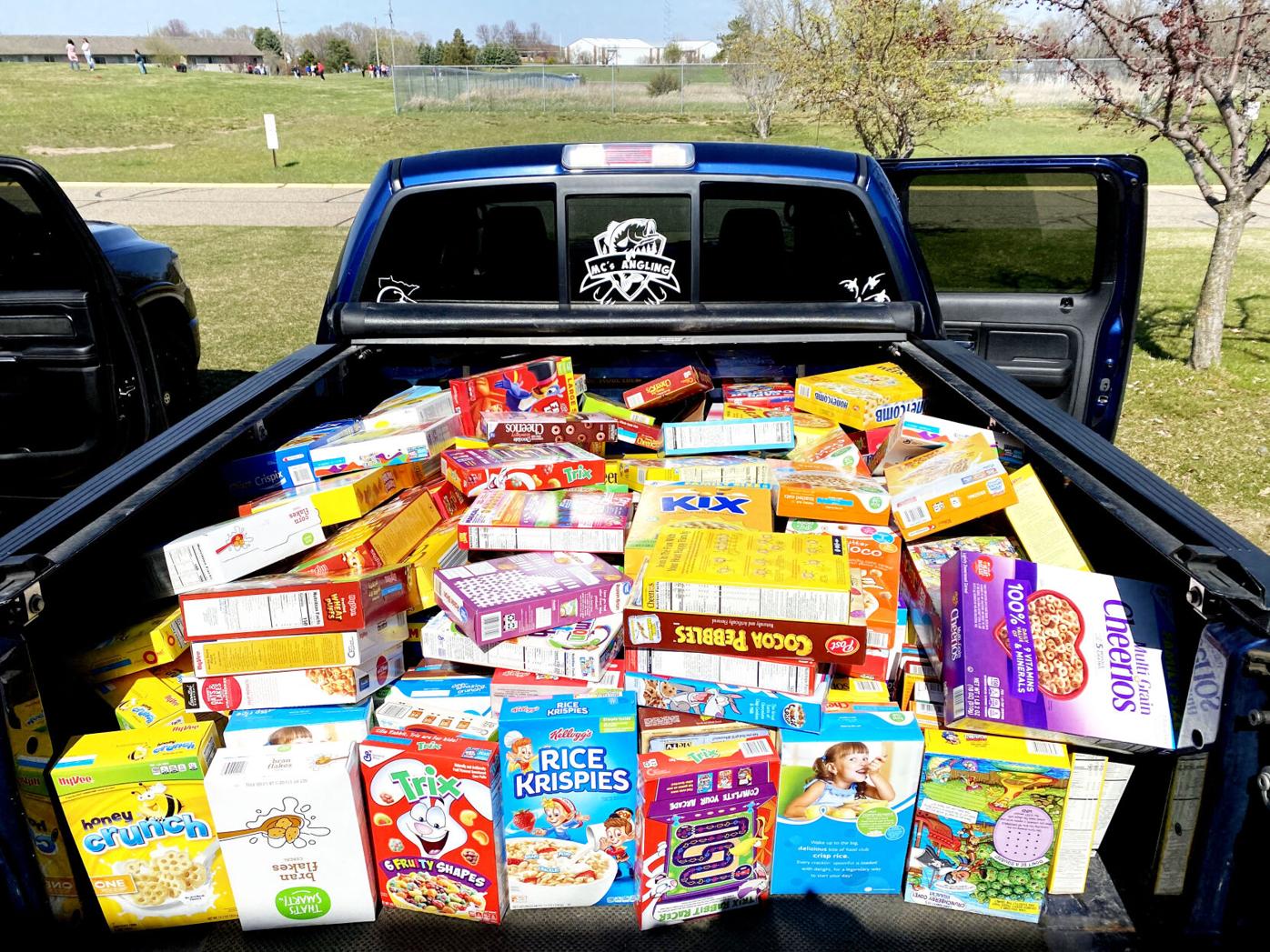 The students at Otsego Elementary School went on a cereal run for the local food shelf, and they didn’t stop until they had 721 boxes to donate.

Before they were delivered, however, they were lined up one after another before the lead box was knocked over and they all fell like dominoes.

School staff took video of the event as fourth grade teacher Corey Collins ran through the school capturing the cereal boxes falling one after another while students lined both sides of the hallways to cheer.

“The run went around our whole school and the students were full of energy,” Collins said.

The school started with a goal of collecting 300 boxes of cereal to donate to Community Aid Elk River, the local food shelf, and a plan to do its domino schtick outside. The windprevented that, but student excited was  not to be dashed and Plan B was quickly put in place.

In addition to students bringing in more than 500 boxes, the school received a 200-box donation from Hyvee.

“The cereal boxes totaled 800 pounds of food for CAER,” Collins said.  “We hope to continue this run every year, as it was a successful event and helped out the ISD728 community.”

Despite the wind, everything fell into place