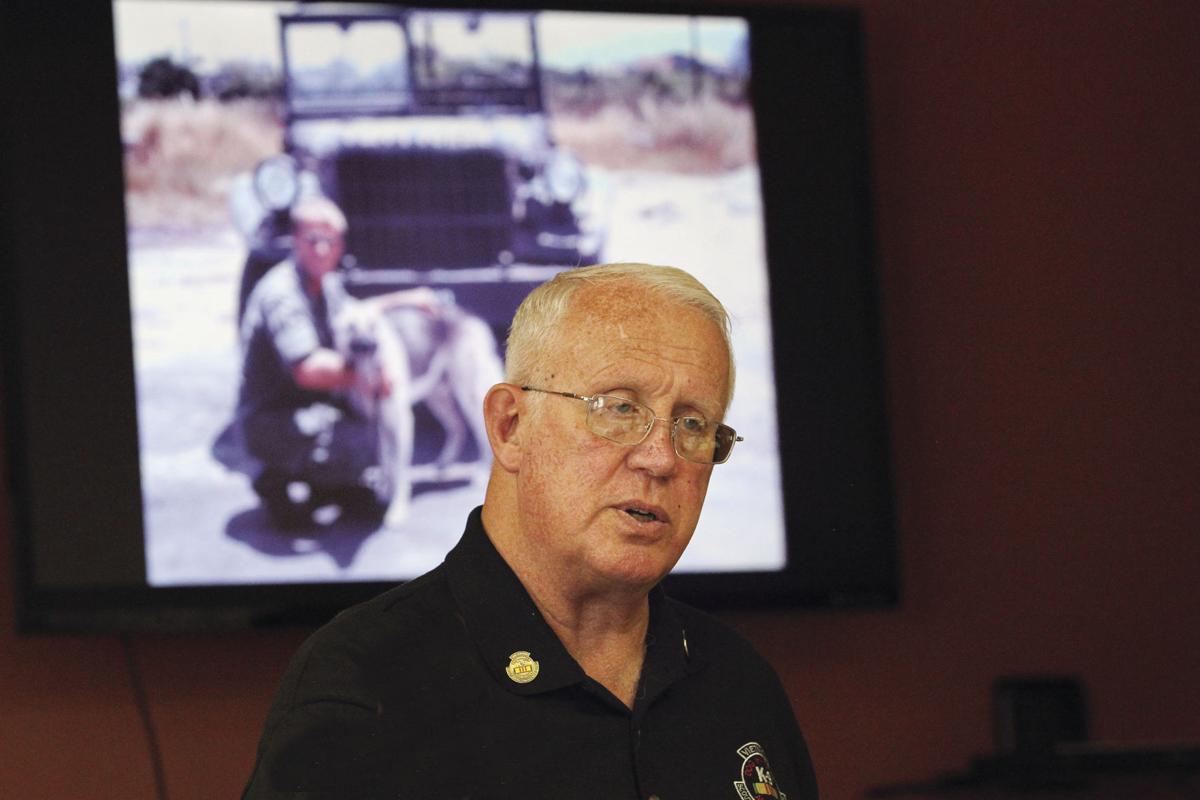 Veteran Vince Smith talked about his experiences as a dog handler in Vietnam. In the background is a photo of him and the German shepherd he worked with, Tap. 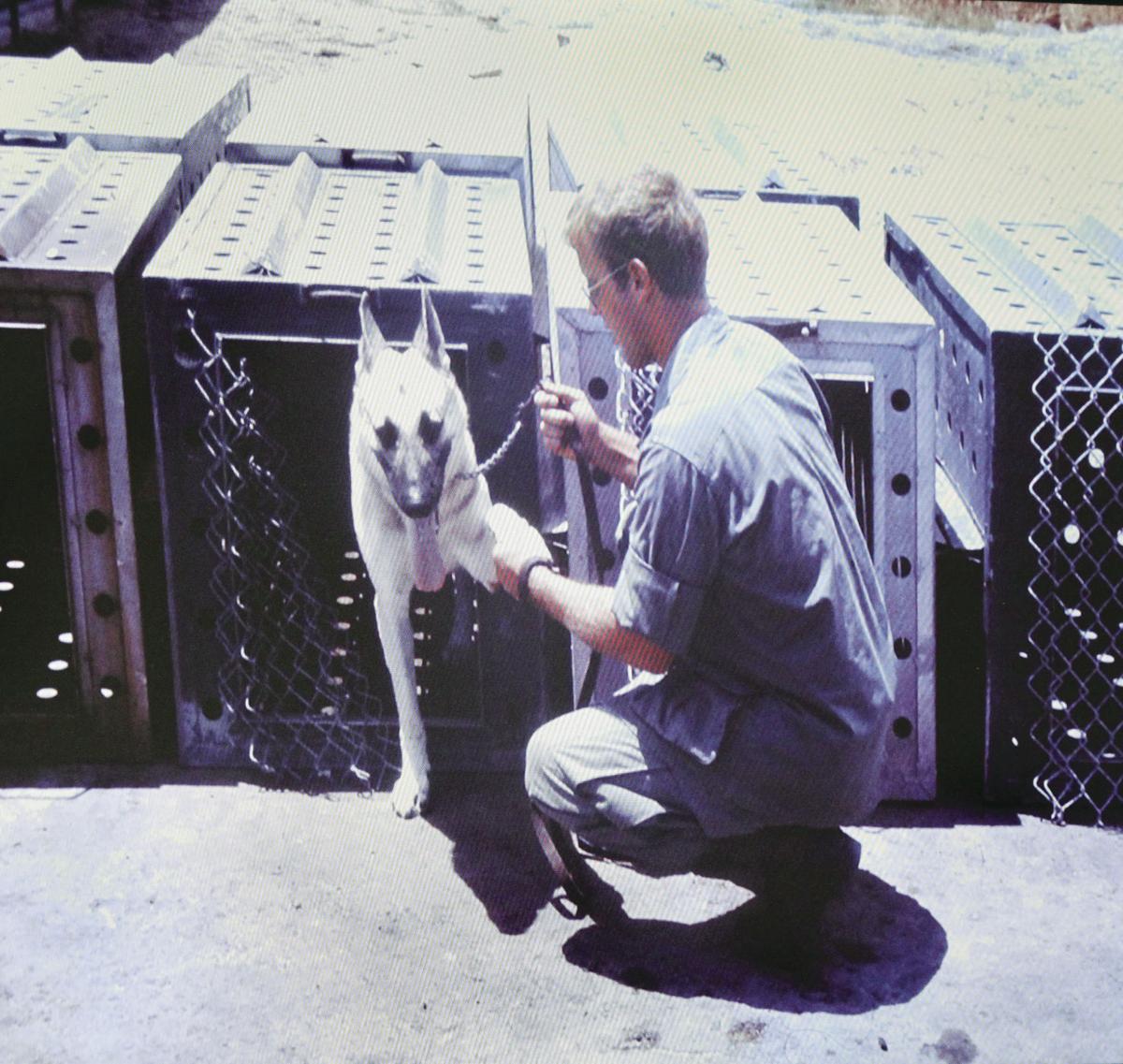 With his time in Vietnam coming to a close, Vince Smith said goodbye to Tap. 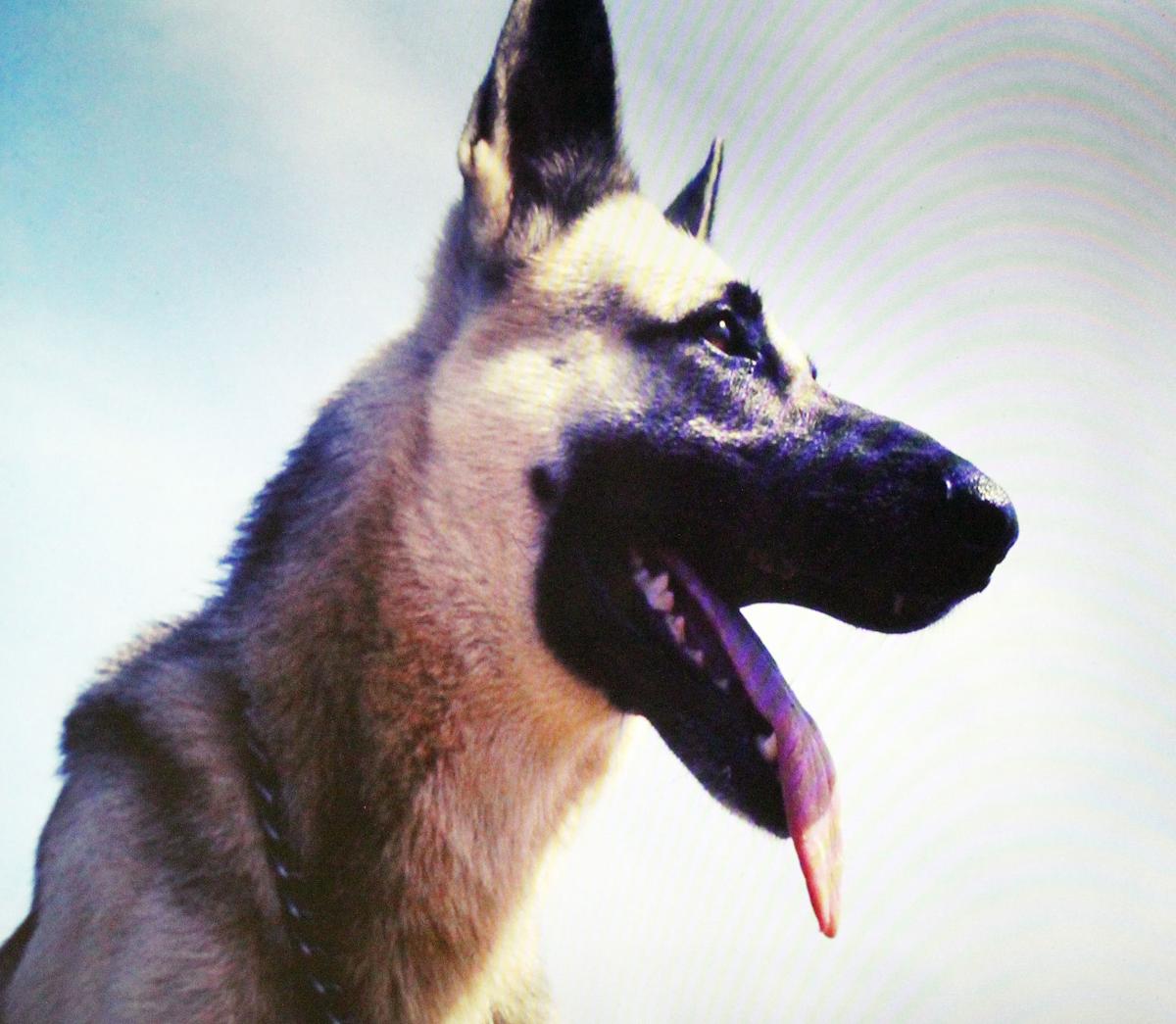 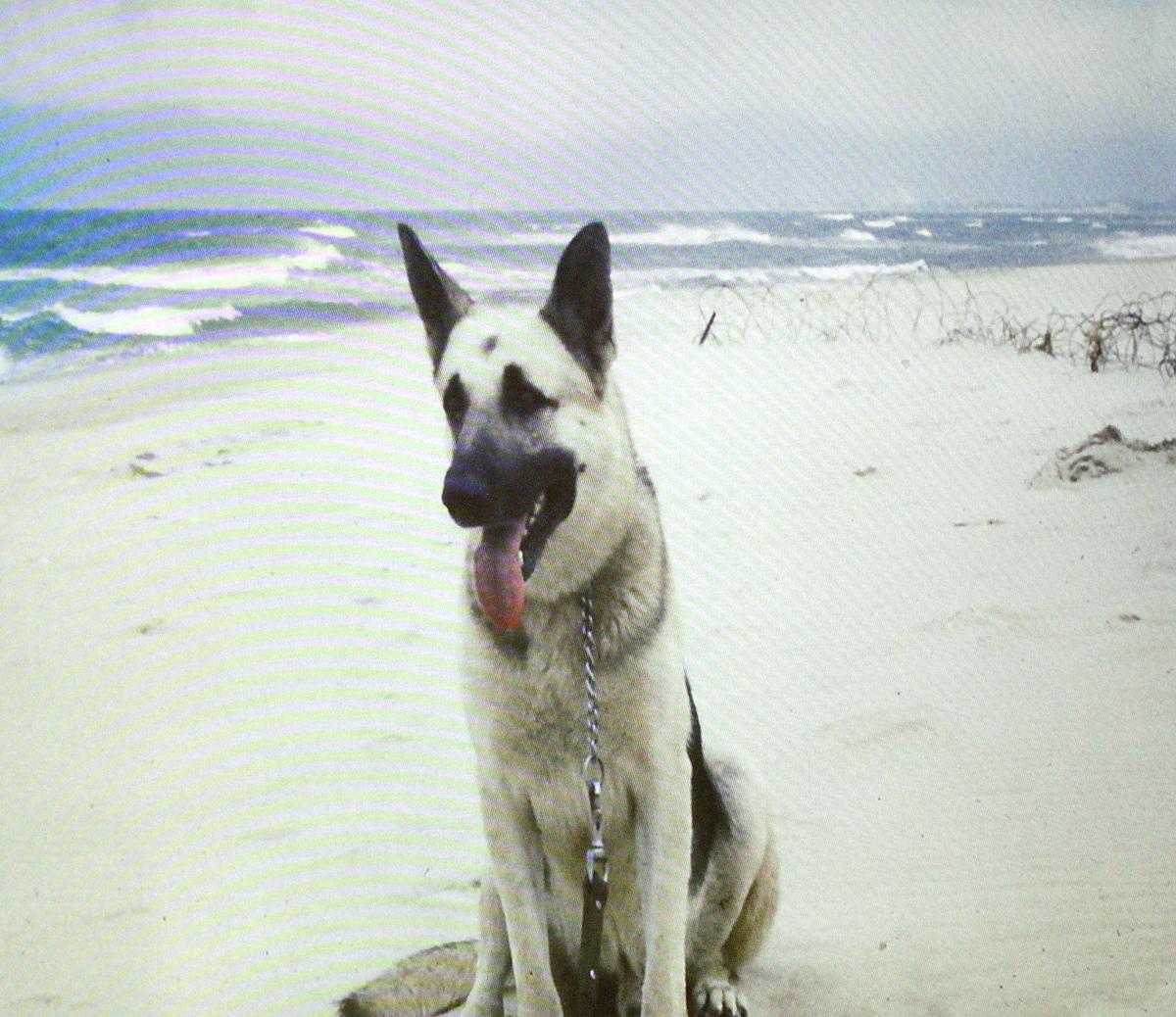 Vince Smith worked as a dog handler in the Army during the Vietnam War, and he wouldn’t trade it for anything.

“If I had a chance to do it over, I would. The experience was wonderful,” Smith said during an appearance Tuesday at the Elk River Activity Center.

Smith had no intentions of becoming a dog handler when he enlisted. But after finishing basic training, he was assigned to military police school in Fort Gordon, Georgia. About six weeks later, he was told he could continue training to be a dog handler, but it came with a guarantee that he would go to Vietnam. Smith took the offer and was sent to Okinawa, Japan, to work with a training dog named Dude. From there, he was stationed in Da Nang, Vietnam, and assigned a German shepherd named Tap.

Tap came out of Lackland Air Force Base in Texas, where the military had a procurement center. Private parties would send dogs there to be tested to see if they were acceptable for the military, Smith said.

By the time Smith was paired with Tap, the dog had a problem. Tap’s previous handler was a heroin addict, and the man would inject Tap and himself with heroin before they went to work, making the dog an addict as well.

Smith was given two weeks to work with Tap and turn him into a working dog, which he did.

Smith said the dog was smart, and responded to both verbal commands and hand motions.

“Tap was a trouper and tried to please his handler,” Smith said.

He said they didn’t use treats in training the dogs, but rather relied on the power of praise. Later, as a science teacher, he found that what worked with dogs was effective with kids, too. “The most powerful tool we had was praise,” he said.

Smith and Tap never went into combat as that wasn’t their mission. Rather, they were assigned to sentry duty and worked nights guarding assets like a warehouse, ammunition dump, fuel depot and a helicopter base. Smith said the enemy’s mode of operation was sneak in, set charges, and sneak back out.

“We prevented that from happening,” Smith said.

One was at 3:30 a.m. when Tap “alerted,” indicating something was in the water of China Beach, which was a “kill area” at night and there should be nothing there. Smith said he couldn’t see or hear anything, so he reported the information via radio. Within minutes two Huey helicopters were in the air, searching the ocean. They found fishermen in an area where they weren’t supposed to be and blew up their boats as there was the possibility they were the enemy, Smith said.

In another instance, Smith learned the wisdom of having a dog respond to silent commands when he and Tap were fired on from an unknown source. Smith hit the ground, but Tap was standing. Smith used a hand motion to get Tap into the crawl position, and the two crawled to a safer area where Smith radioed for help.

Tap remained in Vietnam after Smith’s tour of duty ended. The dog was 6.5 years old and beyond usefulness for the military. Tap and other dogs like him were turned over to the Vietnamese, who ate them, Smith said.

“That was a sad thing,” he said. “The culture is different, no disrespect to the Vietnamese people. They get protein just like we do, but from different sources.”

Back in the United States, Smith became the kennel master at Fort Jackson, South Carolina, where a program was being set up to use dogs trained to detect drugs.

After his military service, Smith went on to teach science for 34 years in Fridley, Coon Rapids and Champlin. He had graduated from Concordia College with a degree in biology before enlisting in the service.

A native of Browns Valley, Minn. and the oldest of three boys, Smith was the son of a World War II frogman. His parents were very active in the American Legion and Legion Auxiliary.

“At a very young age, I knew that I had to do some service,” he said.

It led him halfway around the world to a dog named Tap, and a priceless experience he will never forget.

‘If I had a chance to do it over, I would. The experience was wonderful.’

–Vince Smith, who was an Army dog handler in Vietnam