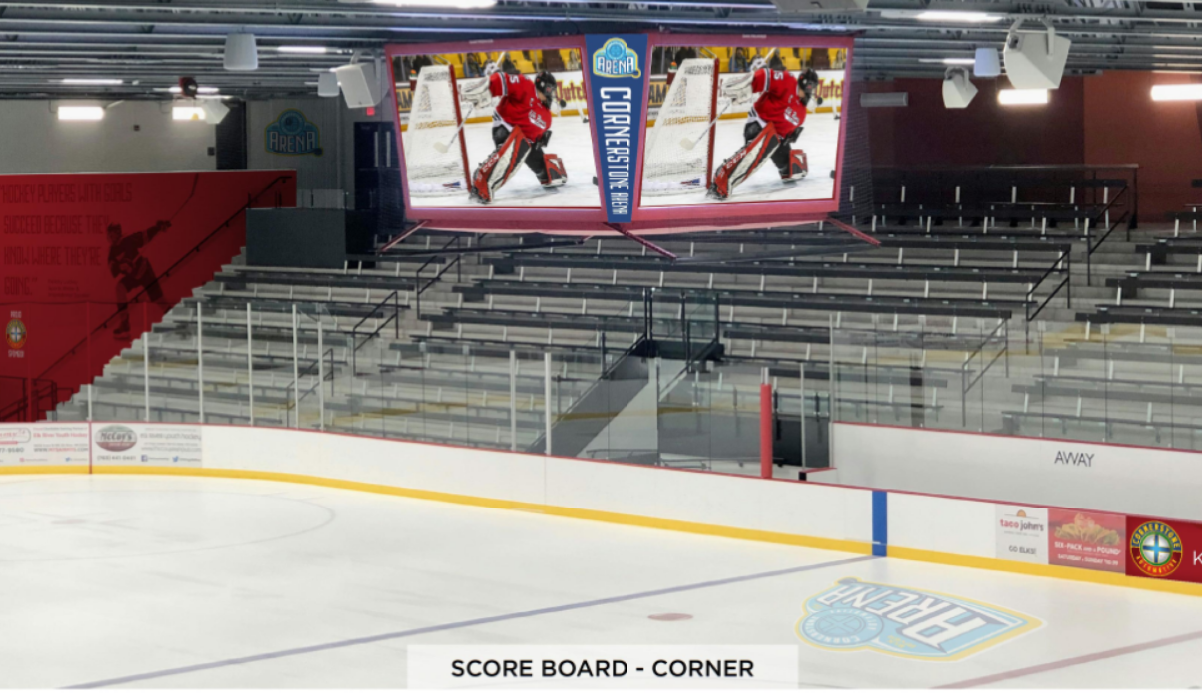 One of the images in Cornerstone’s presentation to the city of Elk River shows how their branding could appear in Arena No. 1 of the Furniture and Things Community Event Center. 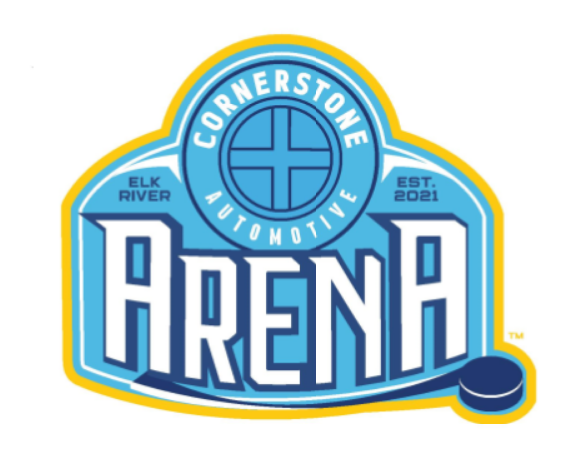 Cornerstone Automotive marketing staff worked with Blue Tricycle, Inc. to develop a logo for the arena, which will incorporate the dealership’s brand and much more.

The Furniture and Things Community Event Center now has its third sponsor after the city inked a deal with Cornerstone Automotive Group. More sponsorship opportunities exist, including for the senior center and the upper banquet hall.

One of the images in Cornerstone’s presentation to the city of Elk River shows how their branding could appear in Arena No. 1 of the Furniture and Things Community Event Center.

Cornerstone Automotive marketing staff worked with Blue Tricycle, Inc. to develop a logo for the arena, which will incorporate the dealership’s brand and much more.

The Furniture and Things Community Event Center now has its third sponsor after the city inked a deal with Cornerstone Automotive Group. More sponsorship opportunities exist, including for the senior center and the upper banquet hall.

Chris Potenza of Front Burner Sports introduced the partnership at the April 5 Elk River City Council meeting. The city engaged Front Burner Sports and Entertainment to create a marketing sponsorship program and to solicit partners for the $27.5 million facility.

“From the moment we stepped in we were completely wowed by the scope, scale and ambition of this project,” Rob Powell, the vice president of Cornerstone Automotive Group, said in a prepared statement. “This event center represents a big leap forward for Elk River entertainment, athletic and recreation space.

“The Cornerstone family has been a proud member of this community since 1972, and we intend to continue our support and advocacy for all things Elk River.”

Blue Tricycle, a Minneapolis branding and design firm that has Cornerstone as a client, is working on the branding of the Arena No. 1 that will integrate the automotive dealer and the community to create quite an experience.

Potenza says what’s being created is a model the city will eventually be able to carry forward as it relates to its other fields and complexes, and adds that he expects communities and facility owners throughout the state to begin taking notice and wonder how they might better leverage their partnership with sports teams and universities on their stadiums.

Potenza told the Star News this week going forward that the Furniture and Things Community Event Center will provide opportunities to showcase their sponsors, further their own marketing objectives and at the same time illuminate the community, its programs, history and heritage.

Over the past few months, the Front Burner Sports and Entertainment has secured a facility naming rights agreement with Furniture and Things as the exclusive Community Event Center naming partner. More recently, an agreement was reached with Serrano Brothers Catering to brand the facility’s cafe and provide catering services.

The facility and a host of other improvements are being paid for through a local option half-cent sales tax that was approved by Elk River residents at the polls in November 2018 and will generate $35 million. The sponsorship will help with the operations of the two arenas, a field house, senior center and banquet facility.

“I’m thrilled to be back here tonight for our third partnership for the building and certainly not our last,” said Potenza, who promised to maximize revenue for the city by integrating as many local partners as possible. So far, he’s three for three, now that Cornerstone has signed on. Eventually, if he has to, he will turn his attention to potential sponsors from the region.

City officials and Potenza are hoping to get sponsorships for Arena 2, the field house, senior center, and upper banquet hall in the event center, according to City Administrator Cal Portner. They also hope to get others on athletic fields and other complexes as time goes on.

“That isn’t part of this contract (with Front Burner Sports), but we hope we have a good template from this engagement to continue forward,” Portner said.

Potenza sees the work he’s doing is preparing a model not only for the city but for the whole state. He said Elk River has provided a unique backdrop with several forces working together starting with the city leaders’ foresight to build a world-class facility. That has been fostered by an immense amount of community pride and business innovation unlike anything he’s seen in other communities.

Marco Serrano, of Chow and Serrano Brothers Catering, stepped forward next to provide the concessions and catering.

This all started with Steve Hickman of Furniture and Things stepping up first early in the process. “I don’t know if we’d be where we are right now if it were not for him and Furniture and Things,” Potenza said. “Cornerstone brings another longstanding member community. We see these partnerships as a model as to how companies can leverage the facility and its individual amenities to further their own marketing goals.”

Potenza likens it to the Nickelodeon Universe amusement park in the Mall of America.

“One doesn’t take away from the other,” he said.

Potenza said the deal with Cornerstone Automotive sets the bar for future relationships and attracting new partners to the remaining opportunities in the building.

Potenza told the council is all about beautifying the space.

“It’s already a phenomenal rink, but this is going to bring out and give us the opportunity to showcase all things hockey, community, skating — everything that Elk River is about. Elk River will be very proud. Cornerstone is thrilled,” Potenza said.

So are Elk River officials.

“It really elevates the standard for this facility,” she said. “The entire brand marketing package is incredibly powerful.

“I am super proud of this relationship we’re going to have, and I am excited for what it will do for their brand. It’s very good for Cornerstone.”

Wagner also shared at the April 5 meeting that when she was coming home from vacation she met a man from Wisconsin who raved about the Furniture and Things Community Event Center after finding out she was from Elk River. He was there for a tournament back in October when the arena was open for limited use. She reported he said the arena was above and beyond anything he has seen in the Midwest. Wagner told him the next time he comes, it will be even more beautiful when it is completely open after COVID-19 restrictions lift and the interior treatments from sponsorship agreements are finished.