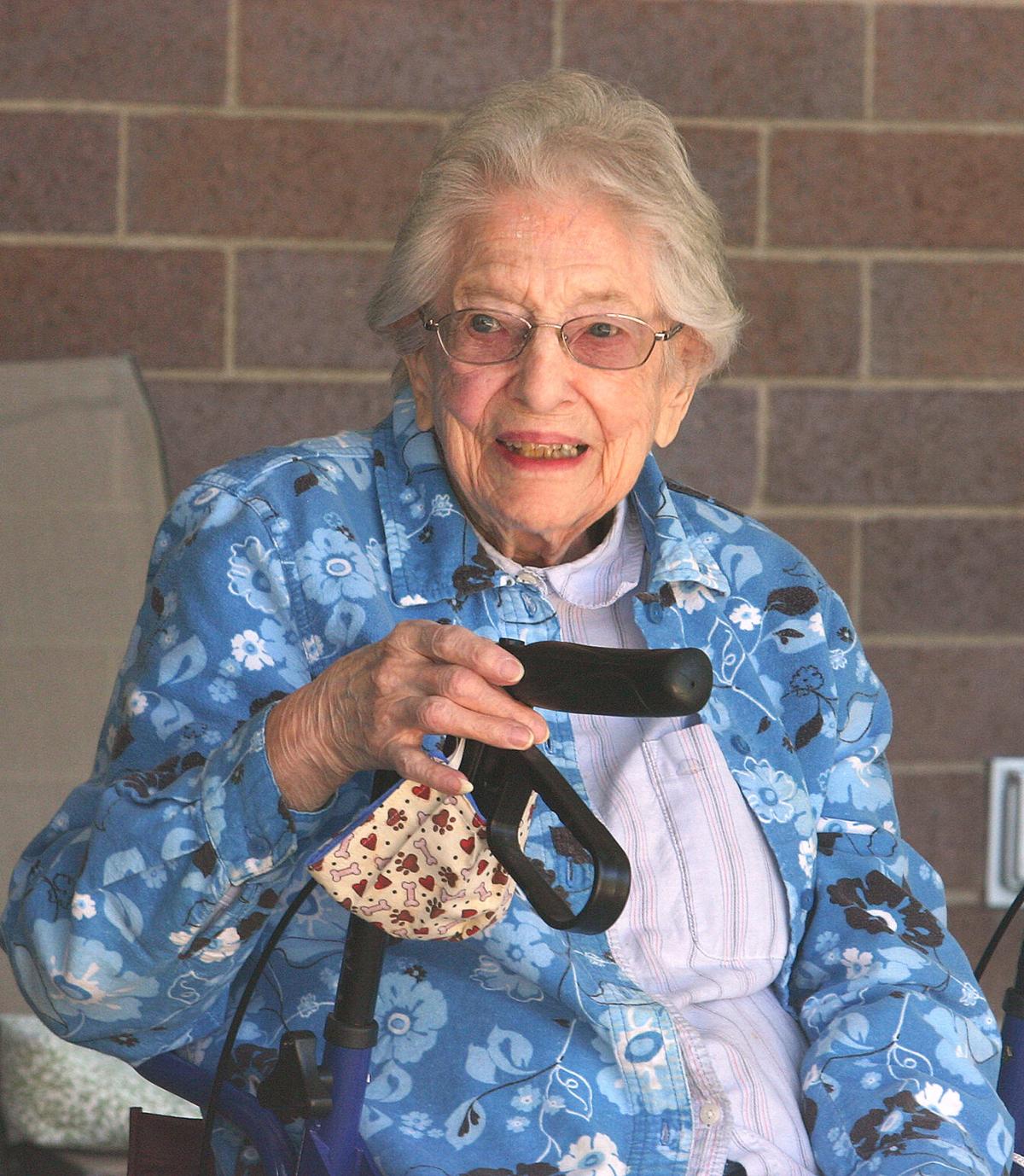 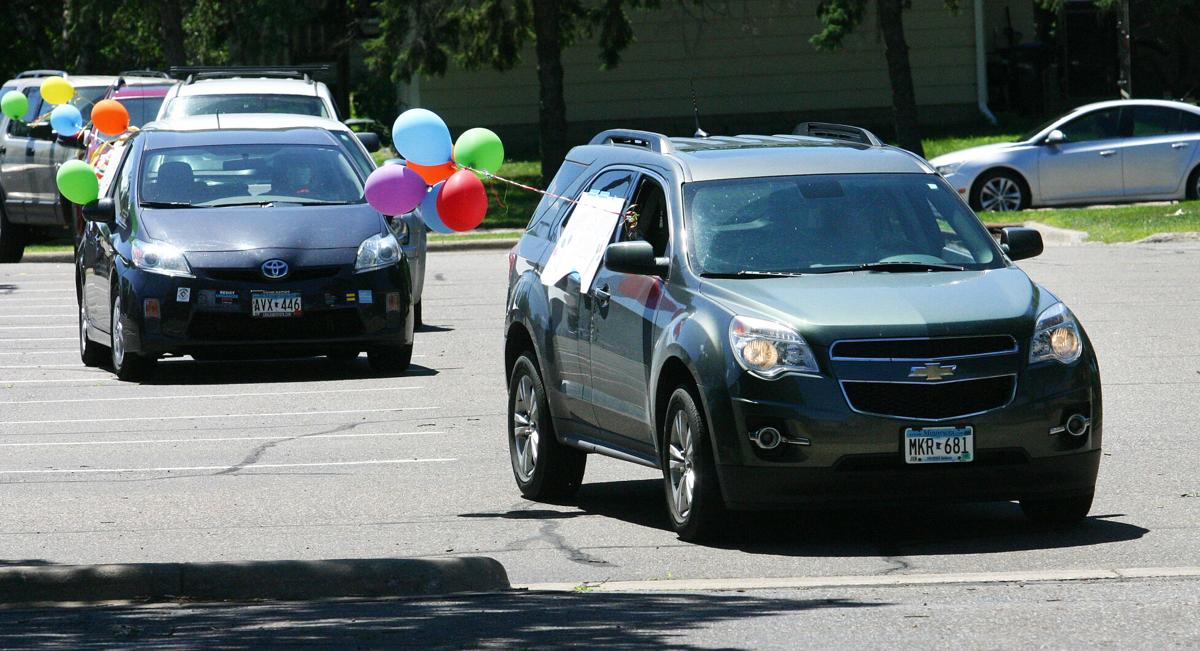 A parade of cars containing people from Ella Rivers’ church drove past her outside Guardian Oaks in Elk River in honor of her 103rd birthday. 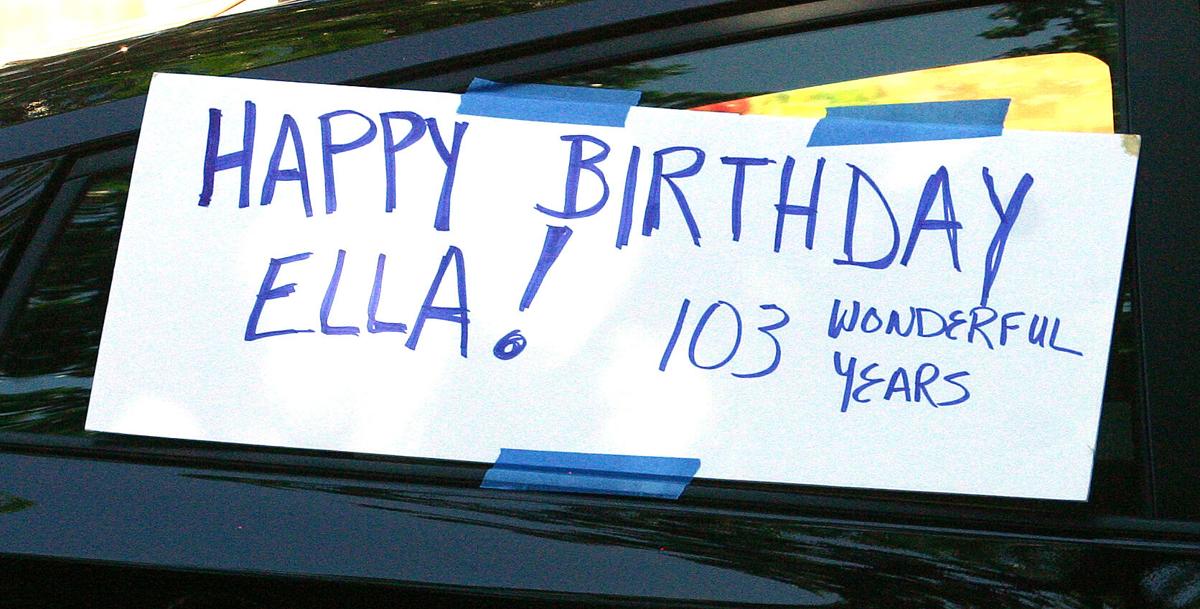 A sign on one of the cars in the parade.

A parade of cars containing people from Ella Rivers’ church drove past her outside Guardian Oaks in Elk River in honor of her 103rd birthday.

A sign on one of the cars in the parade.

A parade of cars decorated with balloons and signs motored past the Guardian Oaks apartments in Elk River on Sunday, horns honking, in honor of Ella Rivers’ 103rd birthday.

Ella watched with interest from a chair on the sidewalk, smiling and waving to the members of her church wishing her a happy birthday.

“Oh, I tell you. That’s a day I’m not going to forget very soon,” Ella said later by phone.

Diane Narr, office administrator at Union Congregational Church, United Church of Christ, was one of the instigators of the parade as a way to celebrate Ella’s birthday in the midst of a pandemic. Narr said Ella has been a member of the church for decades.

“She’s wonderful and we love celebrating every birthday with her,” Narr said.

She said she remembers her mother making a cake for her and each of her siblings on their birthdays every year.

“It was a cake from scratch because there were no mixes back then,” she said.

Ella moved to Minnesota with a family from her hometown when they went to work at a dairy farm in the Excelsior area. She worked as a hired girl and a baby sitter. It was there that she met her husband, Joe, she said.

They moved to the Elk River area 65 years ago and raised their six children here, according to their youngest son, Chuck, of Ramsey.

They later lived in Carlisle and in Anoka, where Joe died suddenly in 1992. Ella eventually moved back to Elk River and has lived at Guardian Oaks for many years.

Chuck and his wife, Joan, described Ella as a very social person. Chuck said the COVID-19 restrictions have been hard for her. She still walks daily.

Asked the secret to Ella’s long life, Joan attributes it, in part, to good genes.

“She comes from a long line of people that lived into their 90s,” Joan said.

Beyond genetics, Chuck said his mother has always been someone who likes to volunteer, not necessarily in big ways. He remembers her, at age 98 or so, telling him she was going to the lunchroom to help prepare meals “for the old people.”

He’s also seen her live out the Biblical commandment to ‘Honor your father and your mother, that your days may be long in the land which the Lord your God is giving you.’ He suggested that may have contributed to her longevity.

“I think she has made it a point throughout her years to give honor where honor is due, whether that’s parents, husband, friends,” he said. “Wherever that concept is applicable, I think that has been in play.”