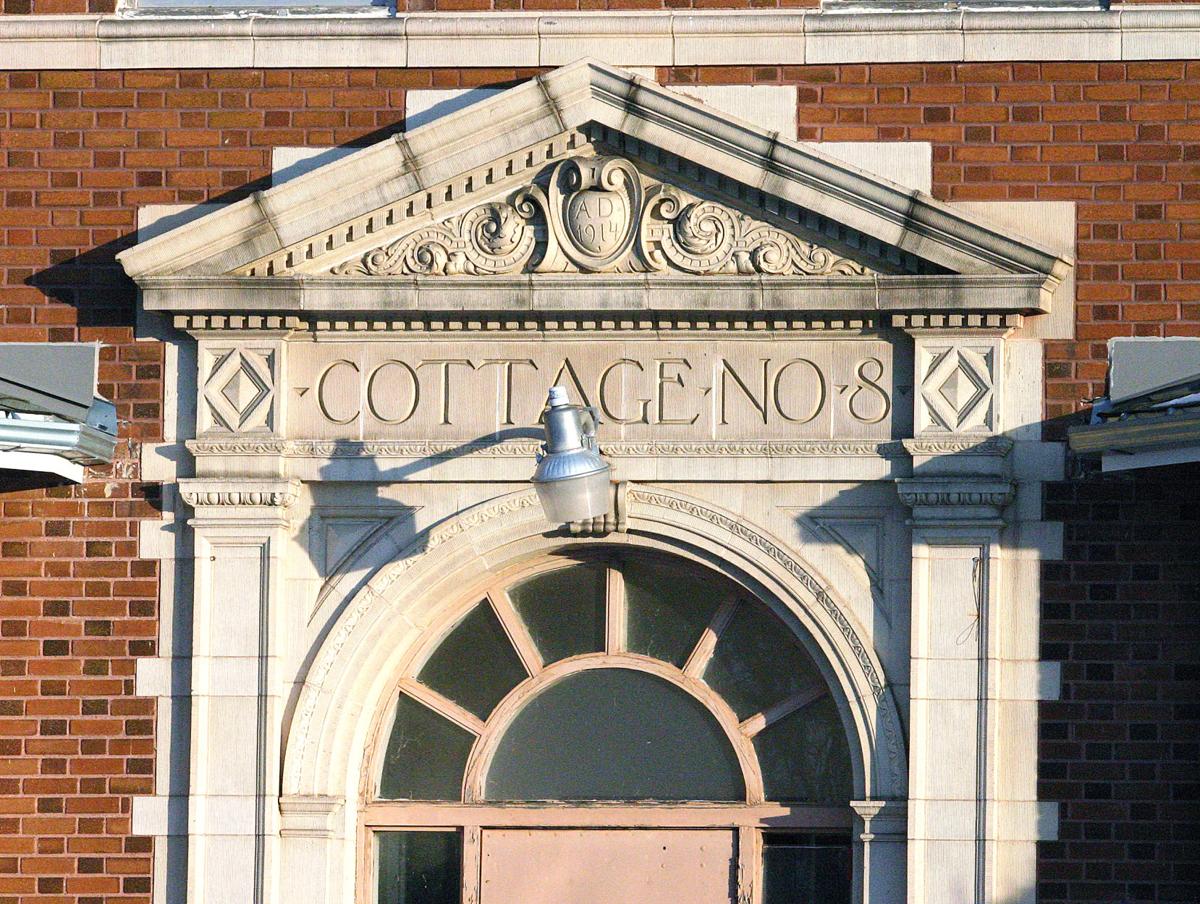 A close-up of the entrance to Cottage No. 8.  Photo by Joni Astrup 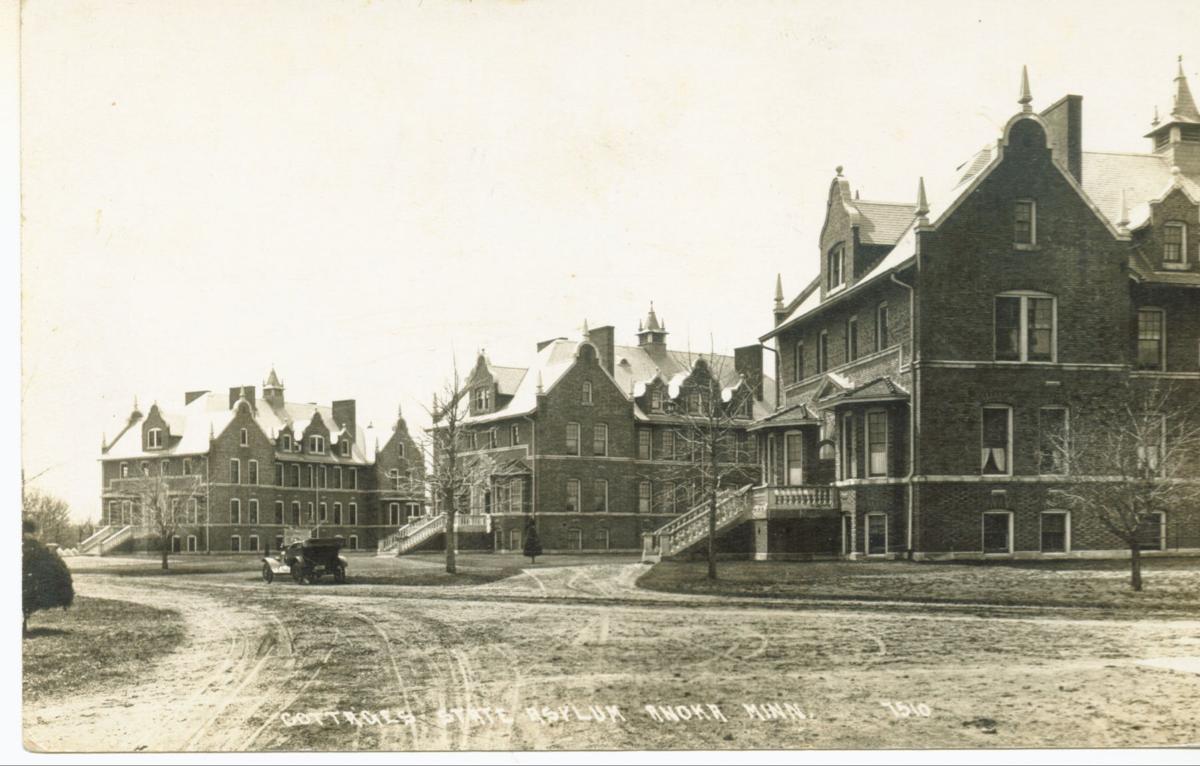 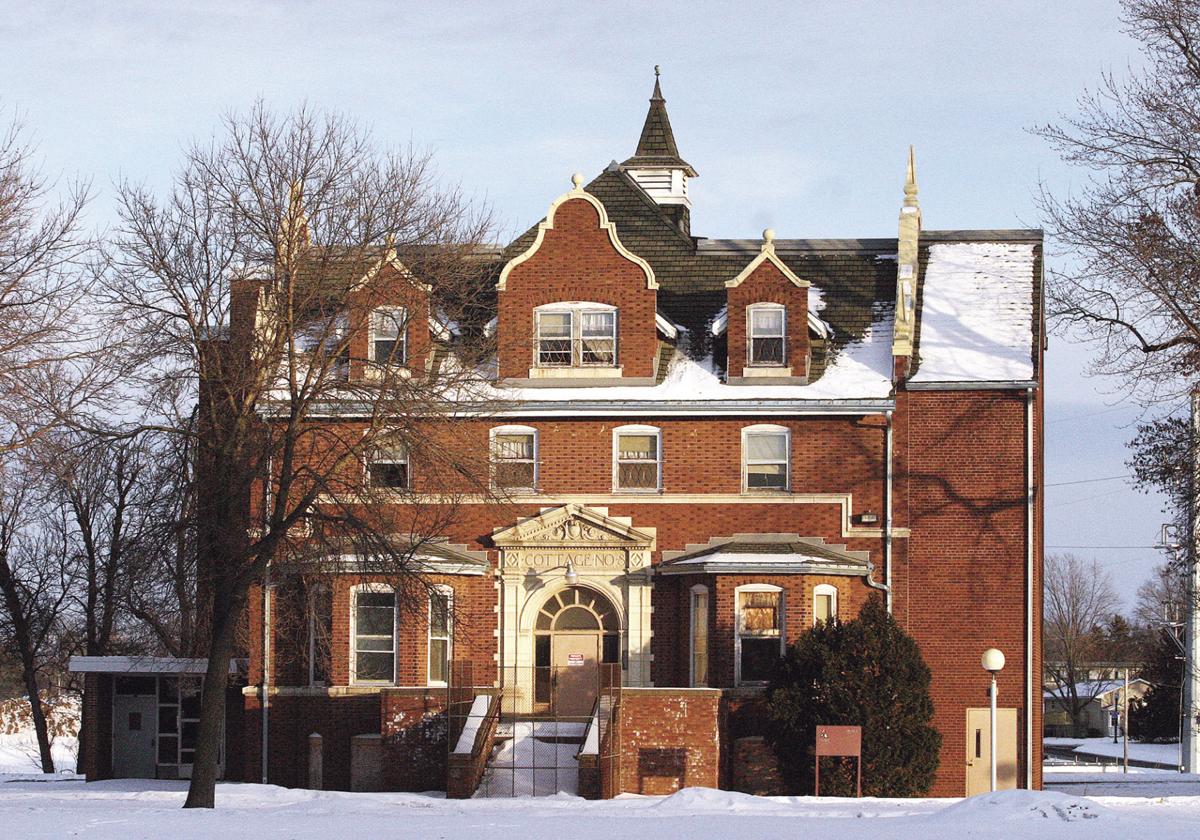 Most of the original Anoka State Hospital buildings are still standing today, including this one, which is Cottage No. 8. Photo by Joni Astrup

A close-up of the entrance to Cottage No. 8.  Photo by Joni Astrup

Most of the original Anoka State Hospital buildings are still standing today, including this one, which is Cottage No. 8. Photo by Joni Astrup

For approximately a century, the Anoka State Hospital stood as a testament to society’s attempt to care for people with mental illness.

The effort was not without strife.

“The treatment of mental illness and our attitudes towards those who suffer from it today are still, obviously, a topic of great controversy,” said Audra Hilse, collections manager at the Anoka County Historical Society.

Hilse gave a presentation on the hospital Feb. 7 at the Elk River Activity Center. Her goal, she said, isn’t to pass judgment about how the mentally ill have been treated, but to lay out the facts as best as possible.

“It’s important to remember that hindsight is nearly always clearer than foresight,” she added.

The Anoka State Hospital was initially called the First State Asylum for the Insane and it focused on care, not treatment.

Hilse said prior to the late 1800s there was very little treatment for mental illness as treatments were unknown. Rather, the prevailing idea was that decent living conditions with plenty of bed rest, mental and physical activity and a good diet were key while restraints and punishment were to be avoided if at all possible. Under those guidelines, state hospitals did achieve good results for some people, Hilse said.

A newspaper account of their arrival reported that a crowd of 400 or 500 “morbidly curious” turned out at the train depot, Hilse said.

The men came from 30 counties in Minnesota and ranged in age from 24 to 78. Only 10 of them were ever discharged. Four were transferred. One lived at the hospital for more than 50 years.

Suicides and escapes were common, she said.

One man, a 42-year-old German immigrant laborer, committed suicide by walking into the Rum River on Aug. 9, 1900. He is the first patient buried at the cemetery located near present-day Anoka High School.

Escapes were easy given that there was no fence around the facility and no bars or screens on the windows. One escapee walked all the way back to St. Peter.

The first female patients arrived in 1905, also from the St. Peter hospital. There were 50 of them from 15 counties in Minnesota, ranging in age from 20 to 76. Only one was eventually discharged. Forty-five lived there until they died, Hilse said.

There were 15 staff members when the hospital first opened. Most worked 12 to 15 hours a day and some were on call 24 hours a day, seven days a week.

In the early years, there was a farm and dairy on the property and many patients worked the land. Hilse said the farm produced food for the patients and staff, providing for meals that were simple but hearty. Extra crops were sold with dairy, potatoes and corn producing the most revenue.

After 20 years of operation, there were 847 patients at the Anoka State Hospital. Women outnumbered men, 561 to 286.

The period from 1920 to 1949 was characterized by decline, Hilse said. Patient numbers increased dramatically without a sufficient corresponding increase in either housing or staffing and conditions for patients reached a low point, she said.

Higher patient numbers were driven in part by the eugenics movement. State hospitals began taking people who were “feeble-minded.”

Additionally, changes to commitment laws meant nearly anyone could commit another person to a mental institution. Unless they were released by a family member, it was permanent, Hilse said.

While there were some improvements, there also were issues.

“The 1940s were unquestionably the low point in conditions for patients at the Anoka State Hospital,” she said. “With two little space, too few staff and too few resources to spend on each patient, the state hospital could be likened much more to a prison than a hospital.”

Food was bland. Overcrowding resulted in beds in hallways, attics, basements and dayrooms. Beds were frequently without adequate linens. And, many patients were kept in restraints for long periods of time with no diversions, Hilse said.

Staff members were unhappy about the conditions, but were nearly as powerless as the patients to do anything about it, Hilse said.

In 1948, Gov. Luther Youngdahl gave a reporter and photographer from the Minneapolis Tribune permission to tour the state hospital system and to write about it.

In 1949, Youngdahl visited the Anoka State Hospital, where a large crowd of staff members and patients waited with a pile of restraints on the ground. “Handed a torch by one of the staff, Gov. Youngdahl lit the pile of restraints on fire as the symbolic first moment of the new era,” Hilse said. She said it marked an important turning point in approaching mental illness differently at all state institutions in Minnesota.

Greater resources were allocated to the state hospital system in this era and many issues were addressed. In Anoka, more staff members were hired and a growing number of volunteers also spent time with the patients, Hilse said.

Medical care improved and there was a growing awareness that mental illness could be treated as well.

As a result, doctors tried many experimental treatments. Lobotomies were one of the controversial ones, with 91 lobotomies performed at the Anoka State Hospital between 1952 and 1962, she said.

In other developments, security was beefed up in 1976 after a 68-year-old Anoka woman was fatally beaten by an escaped patient from the Anoka State Hospital.

By the 1990s, the era was coming to a close. The Anoka Metro Regional Treatment Center was planned in the mid-1990s and opened its doors to patients transferring from the old Anoka State Hospital buildings in 1999, Hilse said.

Hilse said the Anoka County Historical Society is happy to see them used and preserved for future generations.

By the time the Anoka State Hospital was built in the early 1900s, a new “cottage” style of design was used. By comparison, earlier state hospitals in Fergus Falls, St. Peter and Rochester were based on the sprawling Kirkbride model.

Dr. Thomas Story Kirkbride wrote about “hospitals for the insane” in 1854. A Kirkbride-inspired hospital typically featured a main building with two bat-like wings coming off of it, said Audra Hilse, collections manager at the Anoka County Historical Society.

The new cottage design gained favor after Dr. W.B. Hallock wrote, “Cottage System for Treating the Insane” in 1877. The cottages under his model were still large brick buildings, but much smaller than the enormous facilities at Fergus Falls or Rochester, Hilse said. They were designed to be less institutional, she said.

The first cottage at the Anoka State Hospital was completed in 1905. Others followed and, by 1916, there were 10 cottages situated around a central courtyard. Each cottage had three levels plus a full basement. The buildings typically contained bedrooms, sleeping wards, day rooms and the dining room as well as an apartment for hospital staff.

A tunnel connected all the buildings.