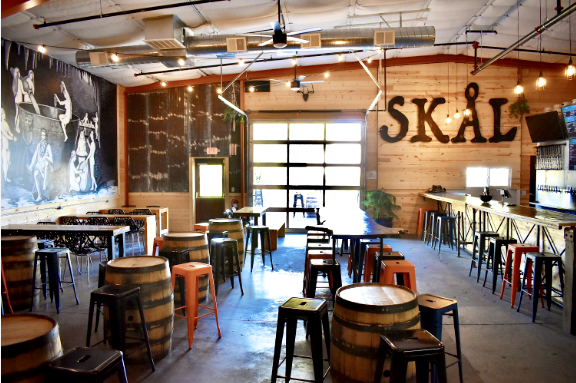 Here’s the “after” of Aegir’s new taproom, located at 19050 Industrial Blvd. NW. The business was awarded a beautification award from the Elk River Economic Development Authority on Nov. 15. 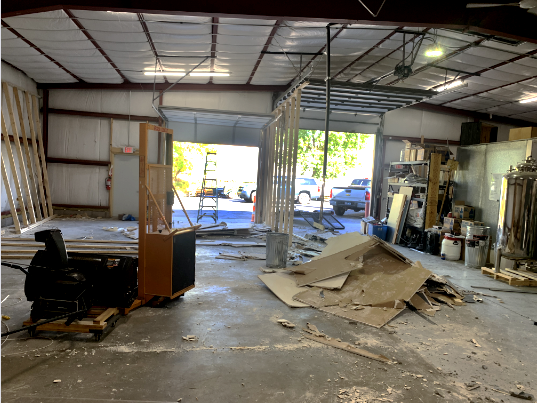 Aegir’s new facility before it was renovated into a taproom and brewery in an Elk River industrial park.

Here’s the “after” of Aegir’s new taproom, located at 19050 Industrial Blvd. NW. The business was awarded a beautification award from the Elk River Economic Development Authority on Nov. 15.

Aegir’s new facility before it was renovated into a taproom and brewery in an Elk River industrial park.

The owners of Aegir Brewing have something to toast after the Nov. 15 Elk River Economic Development Authority meeting.

Brothers Tim and Jeremy Jones were awarded the 2021 Beautification Award for the renovation of a building in an Elk River industrial park at 19050 Industrial Blvd. NW.

Brent O’Neil, the city’s economic developments director, reported on Monday that Aegir completed an extensive renovation of the interior space, converting an industrial space into an inviting taproom. This brewery and taproom location replaces their downtown Elk River location.

This was the first time the EDA award went to a business for the work done on the inside of a building in the four years awards have been given out. The EDA established a beautification committee in March 2017. From May through October, the committee accepts nominations from the public and self-nominations. Then in October or November, committee members select one finalist for the award. The recipient receives the award at an EDA meeting, and they are also recognized at the Elk River City Council meeting that follows the EDA meeting.

Hardin thanked the members of the committee for continuing their efforts to promote improvements in the city and Aegir for their contributions to the city by continuing to improve their business.

Tviete generated some laughter with his comments on the new taproom.

“I have to admit, I never saw the ‘before,’ but I have seen the ‘after’ several times,” he said.

With the award will come a gift from Plants and Things. The owners selected an Adirondack chair that will have an engraving marking the award more permanently.

“It can go out next to the dog park,” Tviete said.

Council Member Matt Westgaard, who also serves on the EDA, said he thinks Aegir’s project was a great selection.

The City Beautification Award recognizes business owners who clean, repair, improve and enhance the overall aesthetics of either the interior or exterior of the business, property and/or space, thereby maintaining the beauty of their neighborhood and surroundings. It is presented to encourage community improvements and to enhance the city’s image and economic vitality.

The Joneses say while their establishment is located in an industrial park, it is far from a warehouse brewery.

“We strive to keep things fun with both our beers and our taproom vibe,” Aegir’s Facebook page states. “We host activities almost every night including Trivia, Dingo, Live music and Pop-ups. Always a good time at AEGIR!”

Tim and Jeremy Jones own Aegir with their close friend Jeff Marjamaa. They started out in a small 35-capacity location in downtown Elk River with a 2.5-barrel commercial brew system (each barrel is 31 gallons.)

They have grown steadily over the last three years. They now have a 4,000-square-foot taproom with a 11,000-square-foot patio that includes the first dog park connected to a brewery in all of Minnesota.

They also recently expanded their brewing system to a seven-barrel brewhouse with both seven-barrel and 15-barrel fermenters.