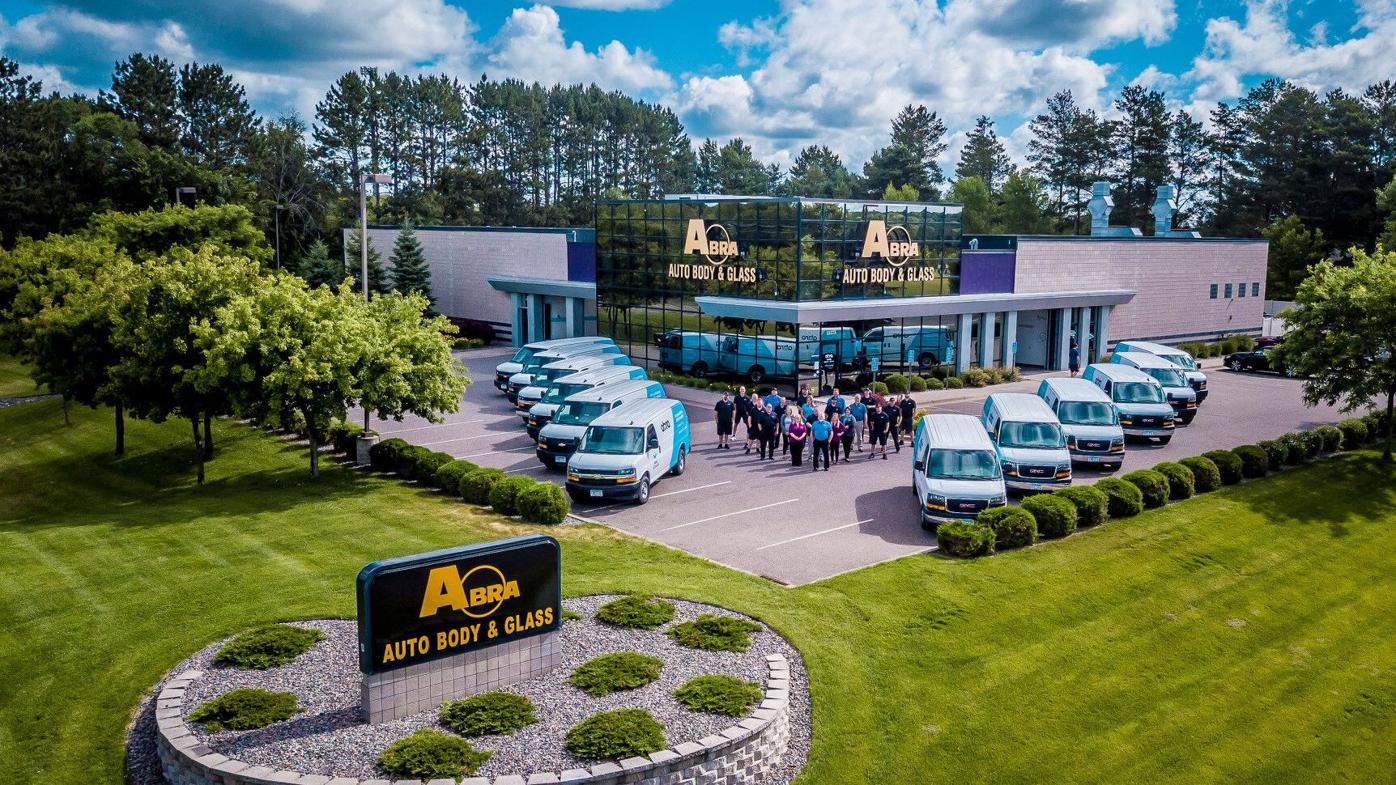 ABRA Auto Body and Glass first opened in Elk River in 1995, at this location at 275 Carson Street.

ABRA Auto Body and Glass first opened in Elk River in 1995, at this location at 275 Carson Street.

ABRA Auto Body and Glass in Elk River reached a milestone in 2020, marking 25 years in business.

The ABRA franchise is locally owned by Kedrick and Lou Ann Johnson, of Zimmerman, and their sons, Scott and Todd. Operations manager is Danyell Wendland.

While COVID-19 put an end to any plans for a 25th anniversary celebration, the pandemic hasn’t diminished their accomplishment of building a thriving business that now employs nearly 100 people.

Asked the secret to their success, Scott said it’s hard work and the people around them.

“You bring in people that have talents that you don’t have,” he said. “Wherever you are lacking, you get people around you to fill the void.”

Kedrick noted that they don’t like the word “can’t.”

“If there are any secrets to business, it’s the ability to not give up easily and to stick with something,” Kedrick said. “It happens, I think, in a lot of businesses that start and close is they don’t have the patience to see it through, to have the drive to make it go. Start-ups aren’t always that easy.”

A 1964 graduate of Elk River High School, Kedrick learned the auto body trade from an uncle. He eventually began doing body work out of his rural Zimmerman home for a number of years until his family got to the place where he and his sons wanted to work together in the business. That led to their first ABRA franchise in Elk River. They opened the business at 275 Carson St. in 1995. In 2007 they built a new 18,500-square-foot facility in Elk River at 11175 183rd Circle, giving them nearly four times as much room as their old location.

They also expanded in other cities. In 2004 they bought the ABRA business in Waite Park (by St. Cloud) and in 2014 they opened a third ABRA location in Princeton.

In 2018, they were named the Elk River Area Chamber of Commerce’s Business of the Year.

Asked what they like about the business, Scott said he enjoys being able to work together as a family. He and Todd got started at a young age, adding, “I think Todd put his first dash in at 12 years old.”

The Johnsons also said that they work with great people, employees they described as a wonderful and talented group.

The variety of the work is another plus.

“It’s different every day. You encounter new challenges, it seems like weekly, in the automotive business,” Todd said.

They also take a lot of pride in seeing customers get their vehicles back — expertly repaired, clean and ready to go.

Besides Kedrick, Scott and Todd, Lou Ann is involved in the family business as well.

Kedrick and Lou’s daughter, Keddie, grew up working in the business, too, but now works as a flight attendant for Delta.

ABRA Auto Body and Glass specializes in the repair of vehicles damaged in a collision. They said the most common accidents in this area are those that happen in people’s own driveways — when they run into a garage, another vehicle or something else — and those that involve hitting an animal.

They have repaired vehicles damaged by hitting deer, bear, moose — even a herd of antelope.

They’ve handled all kinds of other damages, too, repairing vehicles hit by everything from hailstones to bullets.

“There’s nothing that really fazes us too much anymore,” Wendland said.

Besides the auto body side of the operation, they have a thriving auto glass business at their three ABRA stores and a glass location in Duluth. Appointments are handled through their call center on Evans Avenue in Elk River. More than a dozen mobile auto glass installers operate out of vans and cover the state of Minnesota and western Wisconsin. They also handle the auto glass work for a number of ABRA franchises in Minnesota and Wisconsin.

Wendland said they’ve always had a close working relationship with the other ABRA franchises in the area.

Wendland herself has worked for ABRA in Elk River for the last 22 years. When asked how she got into the auto body business, she and the Johnsons all laughed.

“(It’s) because somebody said I couldn’t — females didn’t belong in this business,” Wendland said.

She grew up on a farm in Maple Plain, working on things from a young age, and studied auto body at Hennepin Technical College. Wendland worked for an ABRA in Long Lake for two and a half years before coming to Elk River. The Johnsons said she’s had a lot to do with the growth they have experienced.

Wendland also serves as the Elk River Area Chamber of Commerce board chair and noted that ABRA Auto Body and Glass is very active in the community.

One memorable contribution was in 2012, when ABRA in Elk River helped make the Make-A-Wish dream of a game room a reality for Tyler Purohit, an 11-year-old boy battling cancer.

Another instance was during the height of the pandemic, when many of the company vans were idle, so employees used those vans to deliver Meals on Wheels.

“We’re locally owned, which is cool, because we can give back to the community,” Wendland said.