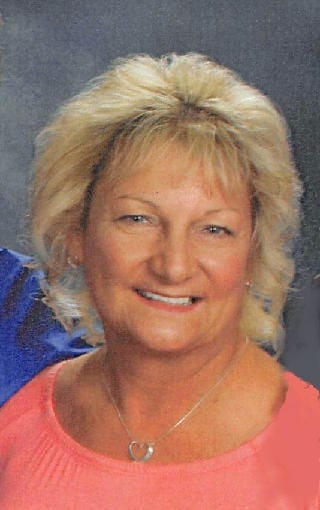 Sandra (Gosiak) Kraemer, 57-year-old resident of Holdingford, MN, died on Monday, March 16, 2020 at Mother of Mercy Nursing in Albany. A graveside service will be held on Thursday, March 19 at 3 p.m. at St. Francis Assisi cemetery near St. Francis, MN. Sandra Gosiak was born on February 15, 1963 in Little Falls to the late Ambrose and Martha (Psick) Gosiak. She attended and graduated from Little Falls Community High School. After high school, she attended college for one year at the University of Minnesota and then later in the state of Louisiana. Sandra returned to Minnesota where she worked for Fingerhut, Benton County and most recently for Blattner Energy for the last 15 years. Sandra was united in marriage to Kevin Kraemer on August 21, 1998 in Lake Tahoe, CA. Sandra and her family enjoyed fishing, camping, and large family gatherings. She had great memories of her trips to Star Lake, Rainy Lake House Boats, and Florida. Sandra also enjoyed her time attending flea markets, concerts, parades, and church bazzars (especially the cake walks). Sandra was also a great cook and enjoyed being able to feed everyone. Left to cherish her memory are her children, Jordan Leah (Eric) Orton of Upsala, Riley Kevin Kraemer of Holdingford, Wesley Ralph Kraemer of Holdingford; grandson, Macallum; siblings, Edward Gosiak of Little Falls, David (Jackie) Gosiak of Browerville, Jeanne (Dennis) Barthel of Luxemburg, Ruth (Rob) Dresow of Menahga, MN, Nancy (Chad) Dresow of Clearlake, MN, Mary (Glen) Fedor of Holdingford, Donna (Ralph) Fedor of Holdingford, MN, Wanda (Craig) Melgard of New Munich, Rebecca (Arnie) Schneider of Royalton and many nieces, nephews, cousins and friends. She was preceded death by her parents, Ambrose and Martha Gosiak; husband, Kevin Kraemer; siblings, Joseph Gosiak, Donald Gosiak, Roy Gosiak, Ambrose Jr., Diane Czech, Jane Klisch, Judy Herman and Barbara Kloss and a niece, Miranda Gosiak.