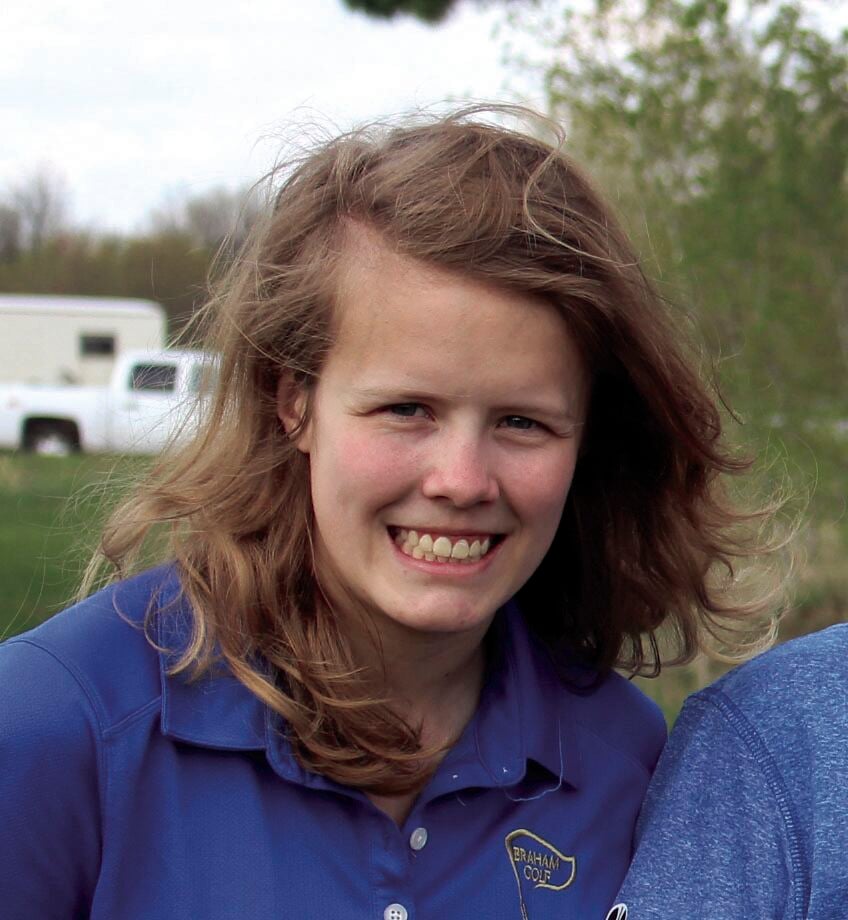 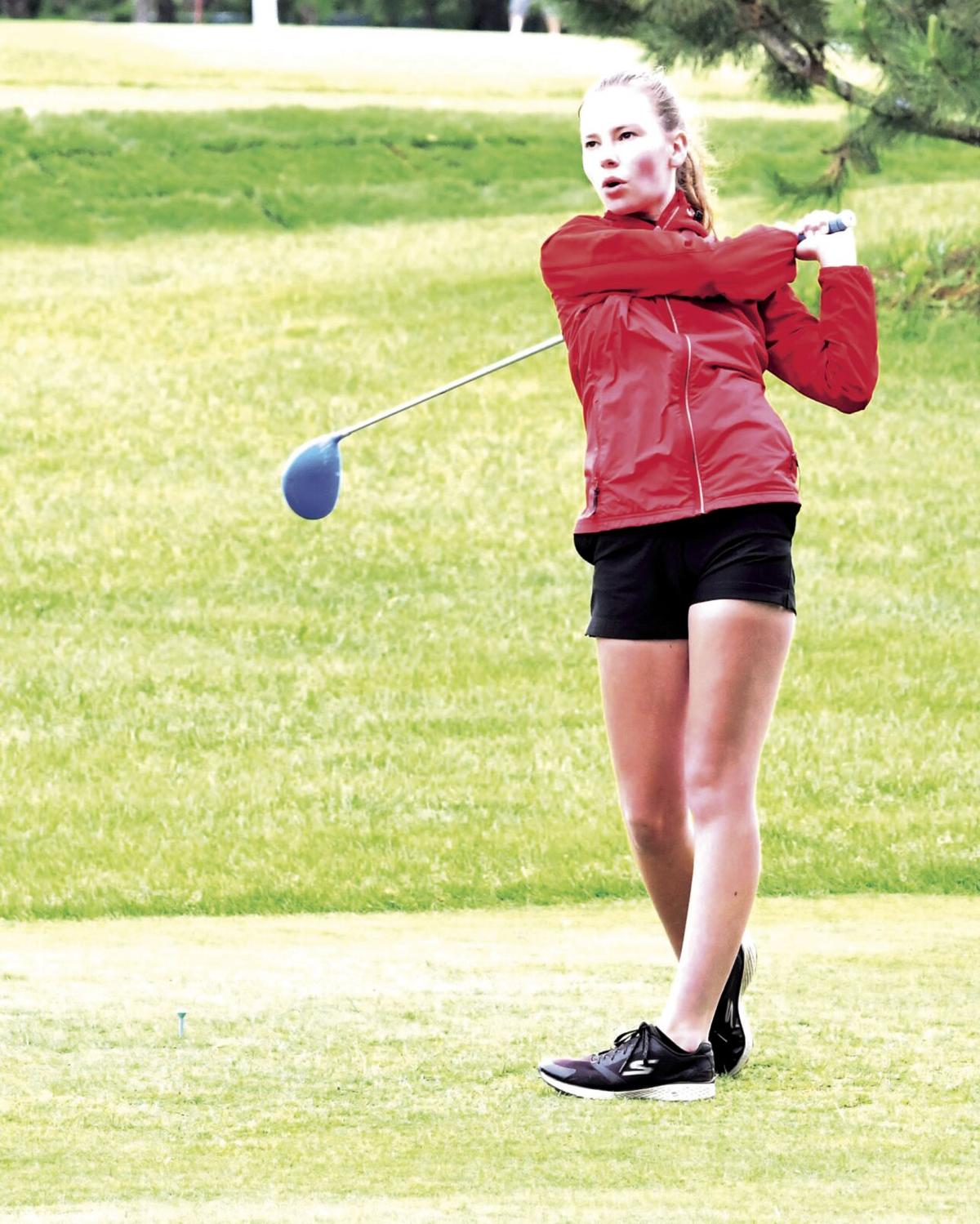 Ally Kress of North Branch tees off on hole No. 4 on the West Course at Bunker Hills Golf Club in Coon Rapids. Kress finished 62nd in the tournament with a 110 score.

Ally Kress of North Branch tees off on hole No. 4 on the West Course at Bunker Hills Golf Club in Coon Rapids. Kress finished 62nd in the tournament with a 110 score.

For Ally Kress of North Branch and Braham’s Kyra Johnson, their senior golf season was a disaster.

Of course, it is hard to feel anything but disappointment when the season is canceled. And that is what happened to both when the MSHSL shut down all sports in the spring because of the COVID-19 pandemic.

But these two local golfers both received an email in May that lifted their spirits.

“Braham golf coach Lauren Kiesz forwarded this email from Minnesota PGA Junior Golf to me,” Johnson said. “They talked about hosting a tournament in place of the state tournament. I talked it over with my mom, and I decided to do it.”

“When I heard about it, I told my dad, ‘I have to do this!’” Kress said. “I had to wait for two weeks because people who competed in the state tournament last year had the first chance to play, and when I found out I was allowed to play, I was really excited.”

The event was called the Senior Golf Showcase, and the girls portion of the tournament was held on June 10 at Bunker Hills Golf Club in Coon Rapids. That gave Johnson very little time to prepare for the event.

“I stopped practicing in March because I didn’t think I would be golfing any more,” she admitted. “But after I heard about the tournament, I started practicing again.”

Kress was in a little better position to play in the event.

“I started chipping in my backyard even when golf courses closed because I still had hope the season would happen,” she said. “But when it was canceled I kept practicing because I was looking for other tournaments to play in, and I plan to play golf in college.”

“I don’t think I played very well at all,” she said. “I was pretty nervous because I had no teammates or coaches or parents and it was a strange course. But it was fun to play.”

While Johnson finished 69th with a round of 135, she was happy with her performance, given the lack of practice and preparation.

“I was a little nervous going in to it,” she said. “It ended up being a pretty good day for me. It was one of my best scores since I started golf in seventh grade.”

While both players missed having a senior golf season, they both felt the tournament helped salve that wound at least a little bit.

“Knowing I could have one last meet before I went to college and started the rest of my life was a good feeling,” Johnson said. “It would have been nice to have some meets in the spring, because I usually played once or twice a week during the spring. Instead I only got to play once.”

Kress agreed, adding: “I missed being at practice with my team every day. This tournament helped a little bit, though.”

Johnson plans to attend Pine Technical & Community College to work on an associate degree, then pursue a degree that would allow her to work in the field of wildlife biology. She wanted to thank her golf coach, Kiesz, and her parents, Kevin and Christine Johnson, for their support.

“I also really want to thank the Minnesota PGA Junior Golf Association for holding the competition, because it allowed seniors like me to have one more golf experience,” Kyra Johnson said.

Kress plans to play golf collegiately at the University of Wisconsin-Superior, where she plans to study accounting.

Kress wanted to thank a number of people for giving her the opportunity to play golf, including the person who first recruited her to the sport.

“I want to thank Mr. Huselid for sending me the information about the tournament, and I want to thank Mrs. [Elizabeth] Huselid because she got me started in golf,” Kress said. “She was in the lunchroom and recruited me to join the golf team in eighth grade.”

She also thanked her parents, Andy and Tracy Kress, and her brother Nick for their support.

“My dad got me golf clubs and taught me how to golf,” Ally Kress said. “He keeps pushing me to be a better golfer, and both parents came to all of my meets in high school.”