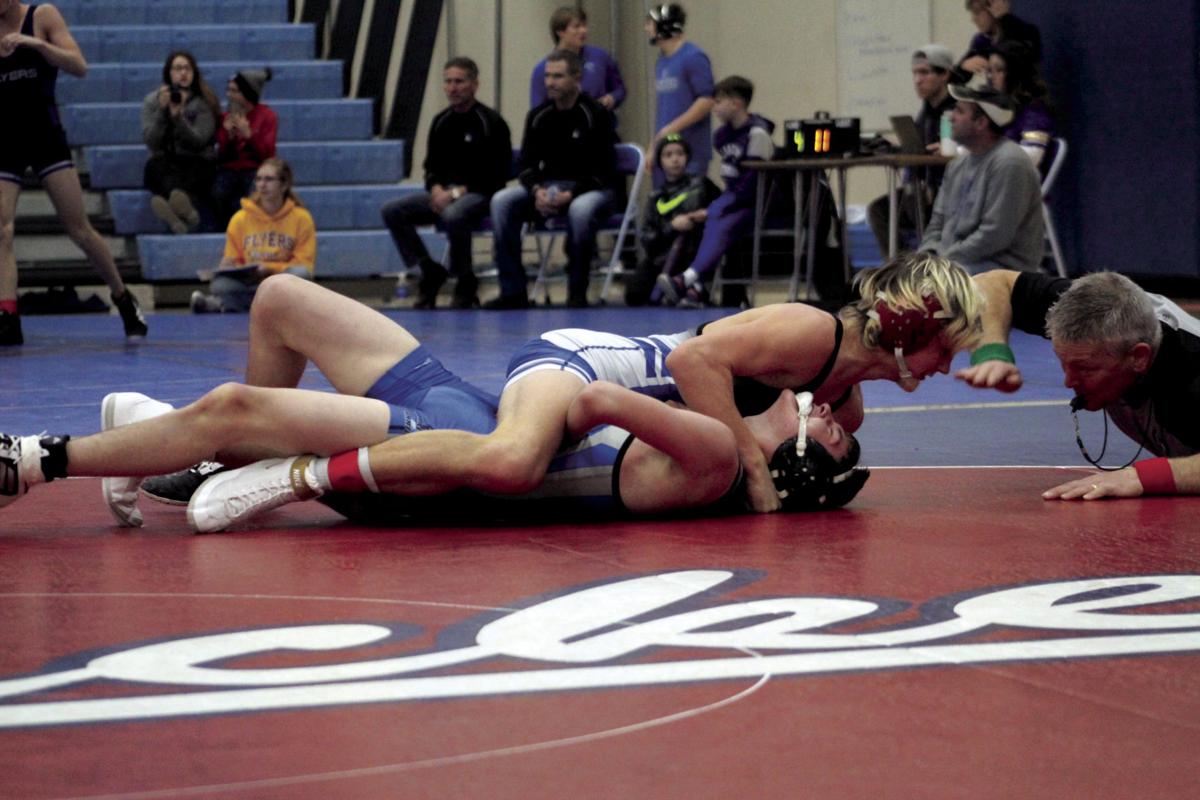 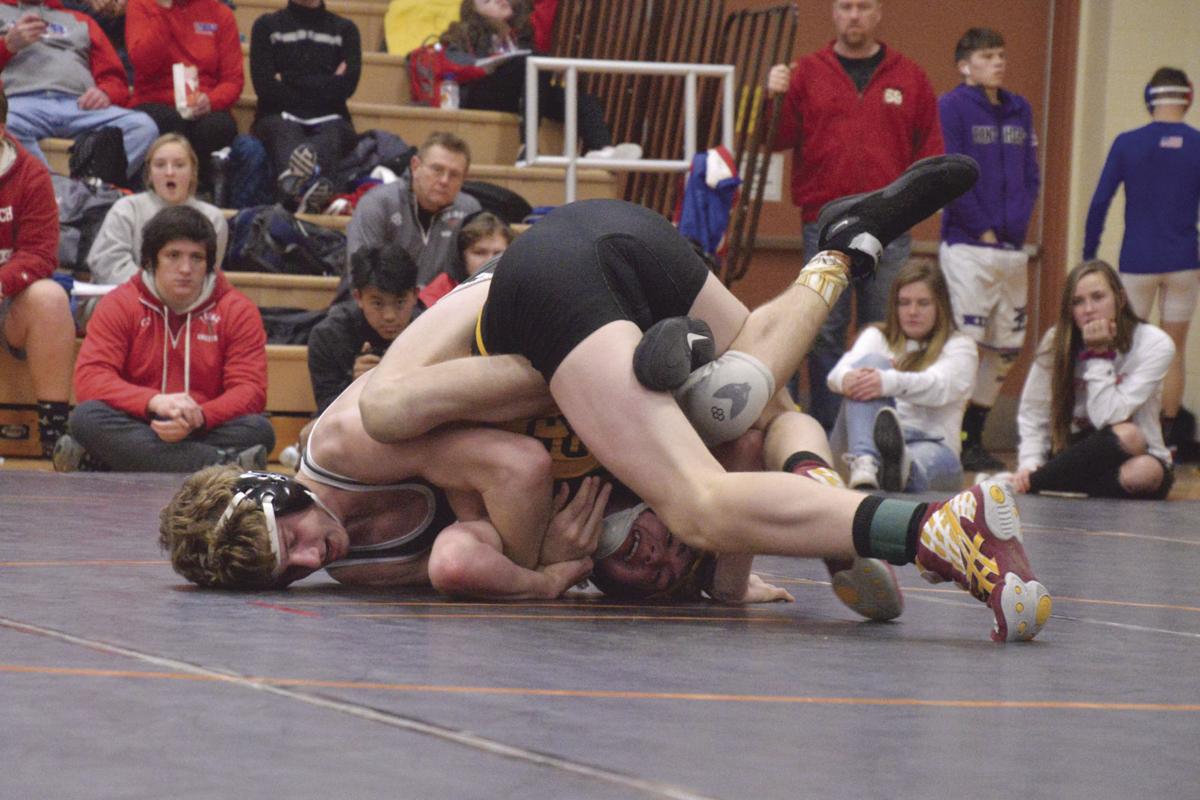 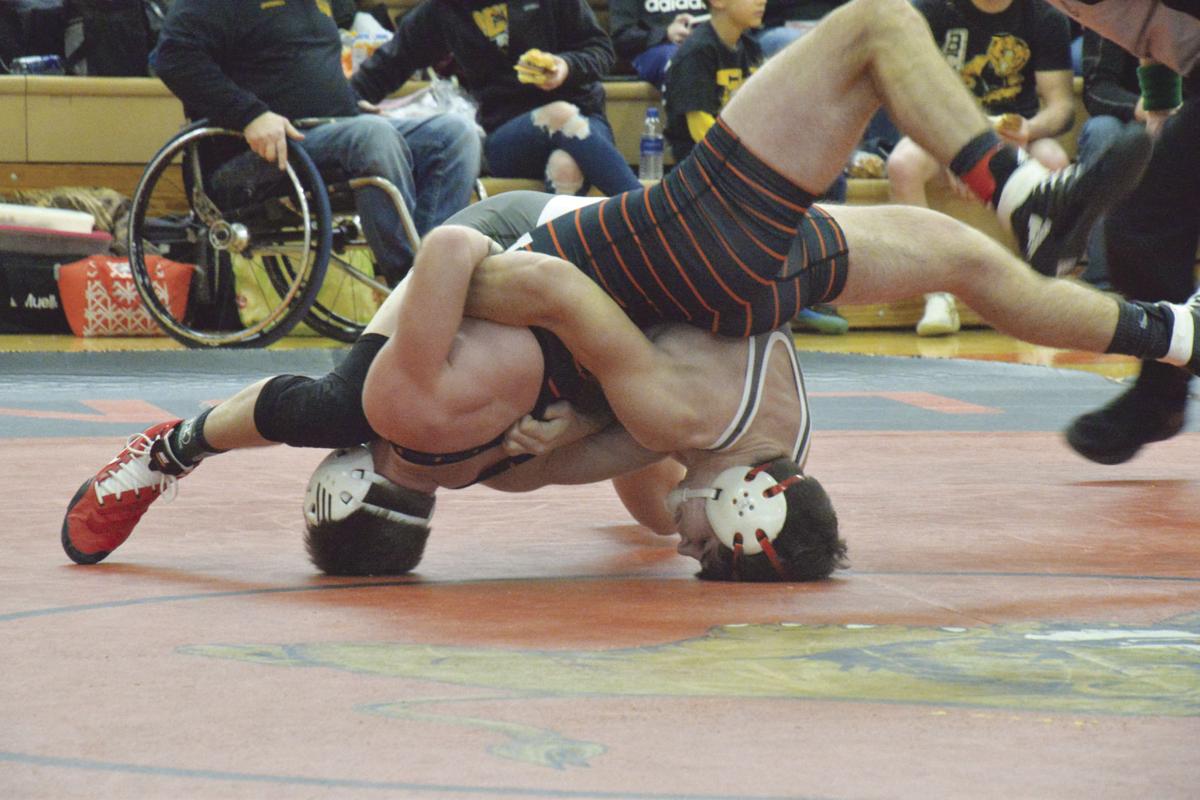 The Bluejackets won despite having just two titlists. Payton Doty (Photo 1) earned an 8-6 decision over Luke Schumacher of Big Lake to claim the 126-pound crown, and Easton Johnson recorded two pins and a forfeit to win at 195.

C-I’s depth was key: The Bluejackets also had four juniors finish second in Andrew Stickley at 182, Mike Noonan at 195, Devan Jones at 220 and Jacob McCabe at 285, along with two wrestlers in third place, four in both fourth and fifth, and two more in sixth.

North Branch’s entry in the Ogilvie Lion Invitational on Saturday, Jan. 4 was empty in more than half the weight classes, but five Vikings fought their way to top-6 finishes to help the team place seventh of 13 with 73 points in spite of the thin roster. St. Croix Falls won the overall title with 232 points.

The Viking effort was led by 132-pounder Josh Logan (Photo 2), who beat all opposition to win the gold medal in his weight class.