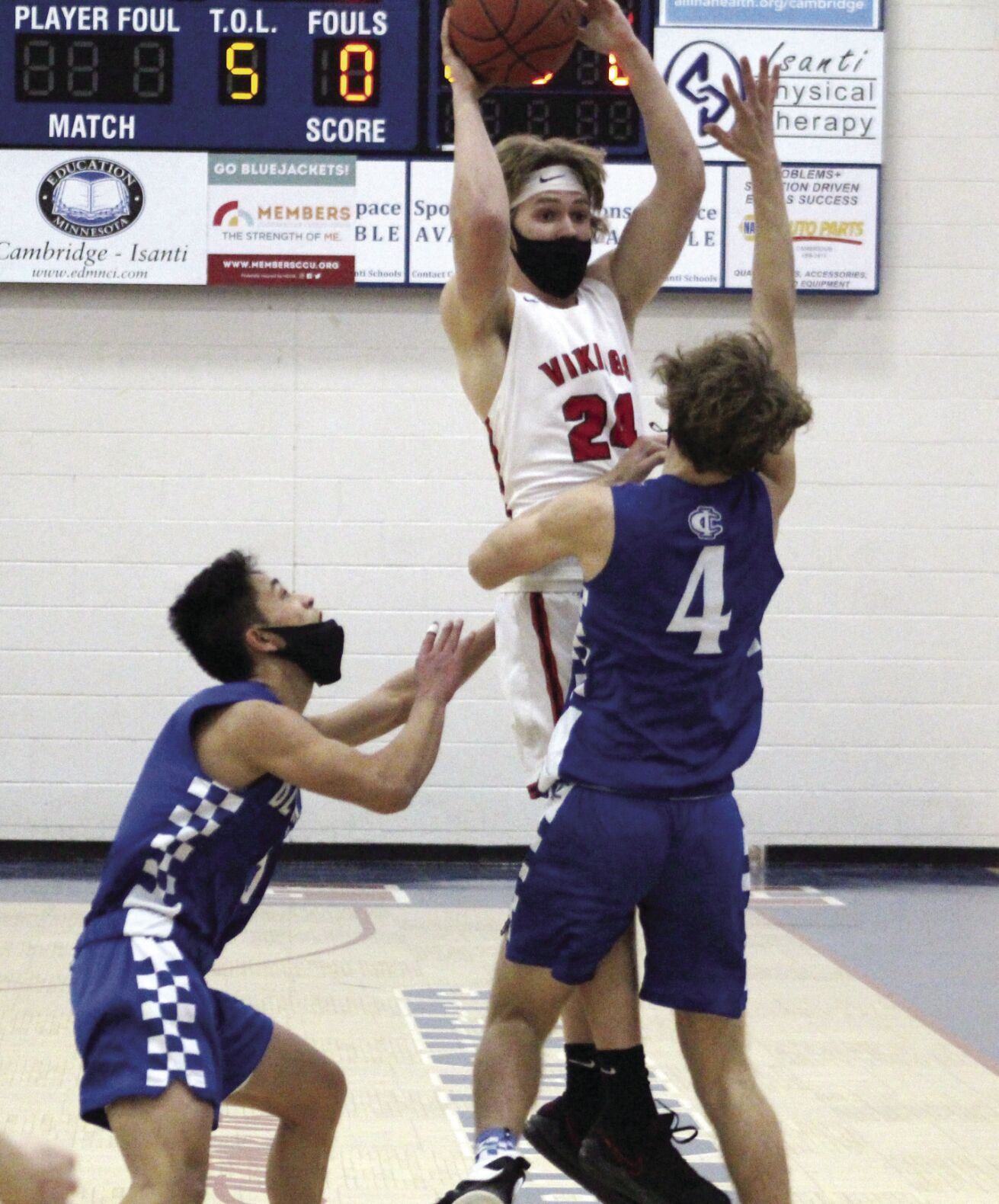 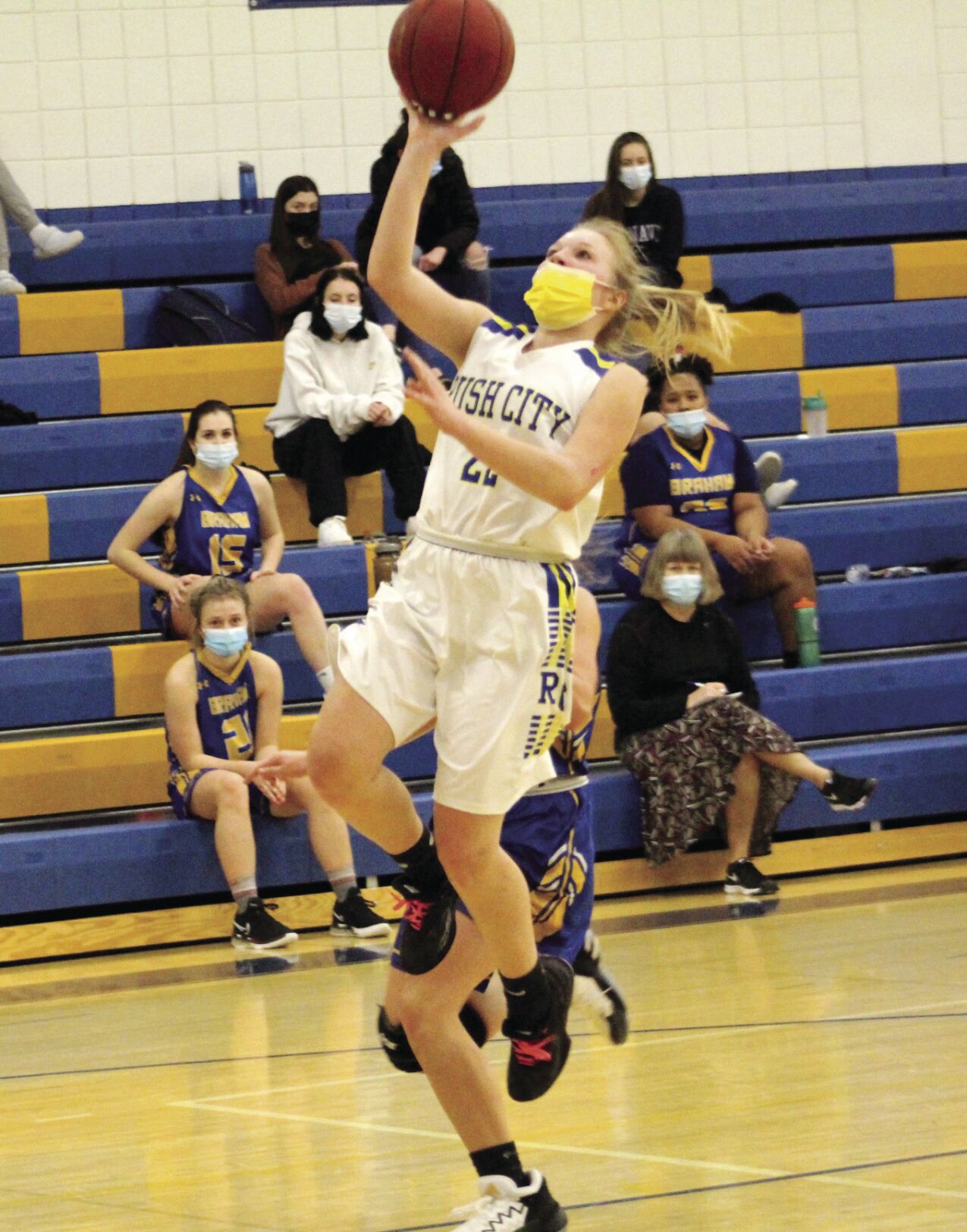 Rush City senior Madison Biermaier drives to the basket against Braham early this season. Even thought the Tigers posted a 10-8 record, they were seeded 12th in the Class 2A Section 6 bracket. Photo by John Wagner 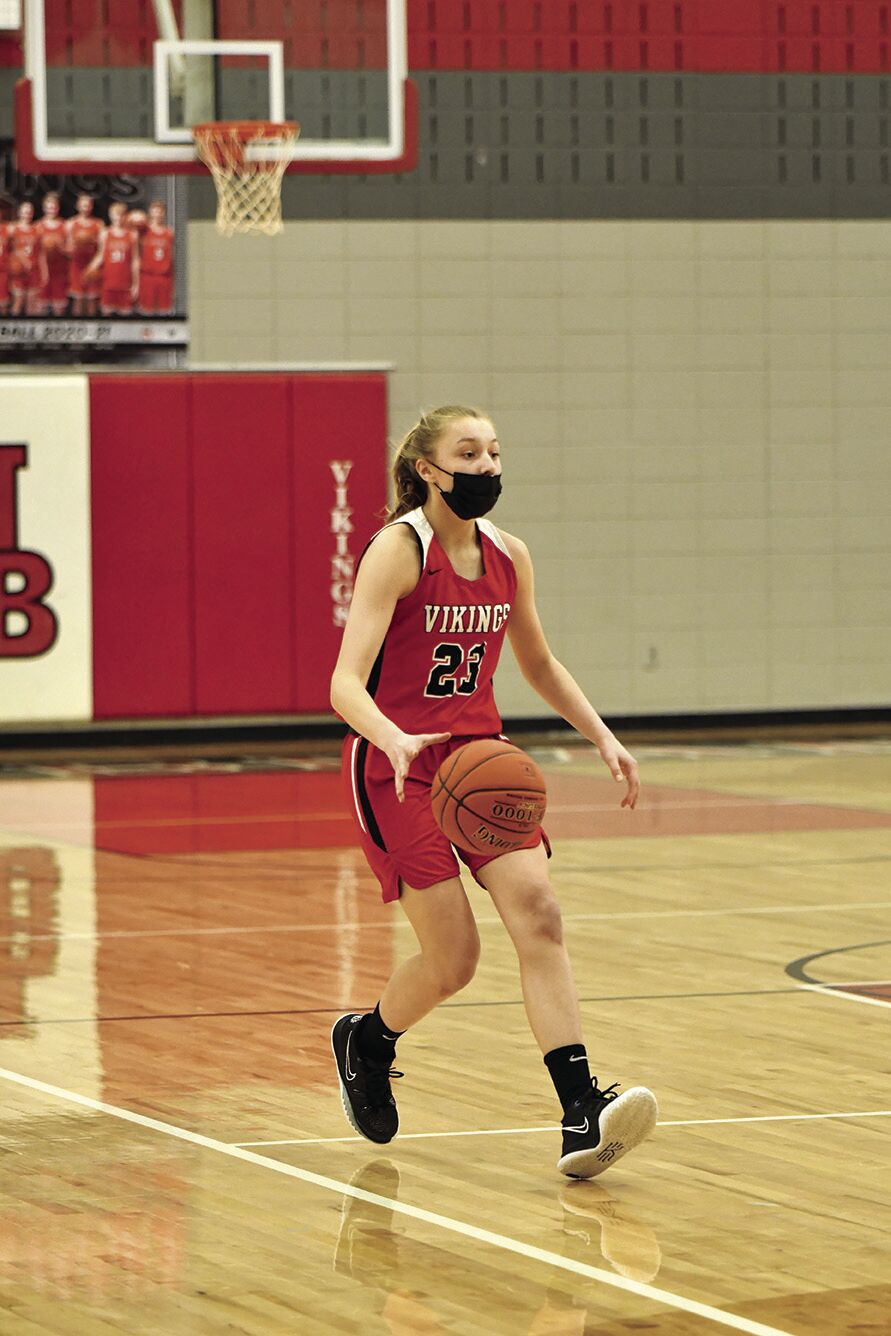 Rush City senior Madison Biermaier drives to the basket against Braham early this season. Even thought the Tigers posted a 10-8 record, they were seeded 12th in the Class 2A Section 6 bracket. Photo by John Wagner

The stakes at this time of the season are high. Win, and the dream of earning a berth in the state tournament remains alive.

But when a team loses? Season over.

While each of this area’s teams faces an uphill battle for a state tournament berth, several have put themselves in a good position thanks to a solid regular season.

And for the others, section tournaments offer an opportunity to reset the records to 0-0 — and see if Cinderella’s slipper might be a perfect fit.

Here is a look at the boys and girls basketball teams from each school entering section play.

The Braham boys and girls teams both were rewarded for their strong performances in the regular season with solid seedings in the Class A Section 5 tournament.

The Braham boys, for example, were the third seed in the East bracket. That gave the Bombers a first-round bye; they will host the winner of a contest between Hinckley-Finlayson and Isle on Thursday, March 18, starting at 7 p.m.

With a win, Braham would advance to a quarterfinal contest to be played Saturday, March 20, at 7 p.m., with the section semifinals set for Wednesday, March 24.

Last week the Bombers closed the regular season with a 71-37 victory over Lakeview Christian that improved their season’s record to 12-6.

While the Class A Section 5 section pairings were not revealed as of press time, the Braham girls had the second-best QRF score in the East bracket. (QRF stands for Quality Results Formula, a system that uses results to rank schools around the state.) The Bombers were certain to have claimed a first-round bye and to host their first tournament game on Wednesday, March 17.

If Braham won that contest, which was not completed at press time, its second-round game was scheduled for Friday, March 19, at 7 p.m.

“We’re looking at taking the tournament one game at a time,” coach Zach Loy said. “However, we believe we can play with and come out on top against anyone in our subsection. Our goal is to make a run to the section finals, then see what happens from there.”

The Bombers won a pair of games last week, pounding Barnum 77-49 and beating Aitkin 76-61, to finish with a 12-6 record in the regular season.

The Bluejacket boys and girls teams both face plenty of challenges in the Class 4A Section 7 tournament.

For the Cambridge-Isanti boys, who are the No. 6 seed in Section 7, the road to defend their section title begins with a contest at third-seeded Forest Lake on Saturday, March 20, starting at 7 p.m.

With a win, C-I would advance to a contest against either Duluth East or Anoka on Tuesday, March 23, starting at 7 p.m.

“Our goal is to play our best basketball at the end of the season, and the section tournament is a good place to start,” coach Mike McDonald said. “We have been playing better recently. Offensively and defensively, we have shown a lot of improvement since January.”

Last week the Bluejackets lost to Hibbing and Monticello before finishing with a home win over Big Lake.

C-I fell to Hibbing 65-61 on Tuesday, March 9, despite have four players score in double figures. Sophomore Kobe Karels led the way with 21 points, followed by junior Reese Bickford with 12, senior Jordan Sperl with 11 and senior Connor Braaten with 10.

Monticello knocked off the Bluejackets 70-65 on Friday, March 12, in a game that saw Karels score 17, Braaten 14 and Sperl 11. But Cambridge-Isanti bounced back to beat Big Lake 56-44 the following evening as Karels scored 23 points, senior Rigo Mork netted 14 and Braaten dropped in 10.

“For us to be successful in section play, we will need to do all the little things right, as much as possible,” McDonald said. “Rebounding, playing as error-free as possible, and hitting shots will be important.”

The Bluejacket girls are the No. 2 seed in the section and open with a home game against Duluth East on Saturday, March 20, starting at 1 p.m. With a win, C-I would then play a home contest against either Blaine or Coon Rapids on Tuesday, March 23, with the winner playing the section title game on Thursday, March 25.

Neither the Vikings boys team nor girls team knew their seeds or opponents in the Class 3A Section 7 tournament as of press time, but both squads did know they faced a difficult road.

That road for both likely begins on Saturday, March 20, at 7 p.m. with a road contest. A victory would advance either team to a second-round game on Tuesday, March 23.

For the North Branch boys, the QRF rankings in the section placed them seventh among eight teams, meaning their first-round contest could be at Hibbing.

QRF stands for Quality Results Formula, a system that uses results to rank schools around the state.

Last week North Branch closed with a pair of road losses, dropping an 84-72 decision at St. Francis on Monday, March 8, then falling at Monticello 74-43 on Thursday, March 11.

Junior Trevor Johnson led the way against St. Francis with 18 points, while junior Travis Schoeberl scored 17 and junior Adam Rehm added 11. While seven players scored for the Vikings at Monticello, the leaders were Johnson and junior Andrew Thauwald with 8.

For the North Branch girls, the QRF rankings placed the team seventh among eight teams in the section, but very close behind fifth-ranked Cloquet and sixth-ranked Princeton.

“Although we won’t be the higher seed in our quarterfinal game next Saturday, we are going into the game with more confidence after winning three games in the last two weeks of the regular season,” coach Alison Trampe said.

“We are grateful for the opportunity to play another game and will be well-prepared to execute our game plan,” Trampe said. “We have a whole week of practice to prepare, and we know that anything can happen this time of year.”

Both the boys and the girls teams will have their hands full entering Class 2A Section 6 play.

Despite a 12-6 record, the Rush City boys were seeded eighth of 18 teams in the section and open with a home contest against Kimbell on Thursday, March 18, starting at 7 p.m.

A win would likely pit them against Melrose, the top seed in the section, in a game to be played on Saturday, March 20, starting at 1 p.m.

“The Class 2A Section 6 tournament is considered one of the toughest in the state,” Rush City boys coach Tryg Thompson said. “Our section currently has four teams rated in the top 10, and all of the teams are deep, skilled and well coached.

“If you win two games in this section tournament, that is amazing. For us, it’s all about playing our style of basketball. We are just running and having fun.”

Last week Rush City knocked off Foley 64-49 on Thursday, March 11, behind 21 points from sophomore Anthony Daas, 16 from senior Zeth Hahn and 11 by junior Ty Stepp. The followed evening the Tigers zoomed past Onamia 64-30; eight players scored points, led by 17 by Hahn and a 10-point, 9-rebound effort by junior Lucas McFee.

The situation for the Rush City girls is similar. A 10-8 regular-season record was good for no better than the No. 12 seed, and as a result the Tigers began the tournament at Pierz on Tuesday, March 16, in a contest that was not completed at press time.

Should they have won that contest, the Tigers’ second-round game would pit them against either Holdingford or Royalton on Friday, March 19, starting at 7 p.m.

Last week Rush City finished the regular season with a 1-2 streak, which started with a 71-41 loss to Milaca on Monday, March 8. The Tigers closed Great River Conference play with a 62-49 victory at Hinckley-Finlayson on Thursday, March 11, then dropped a 53-48 decision to Mora the following night.