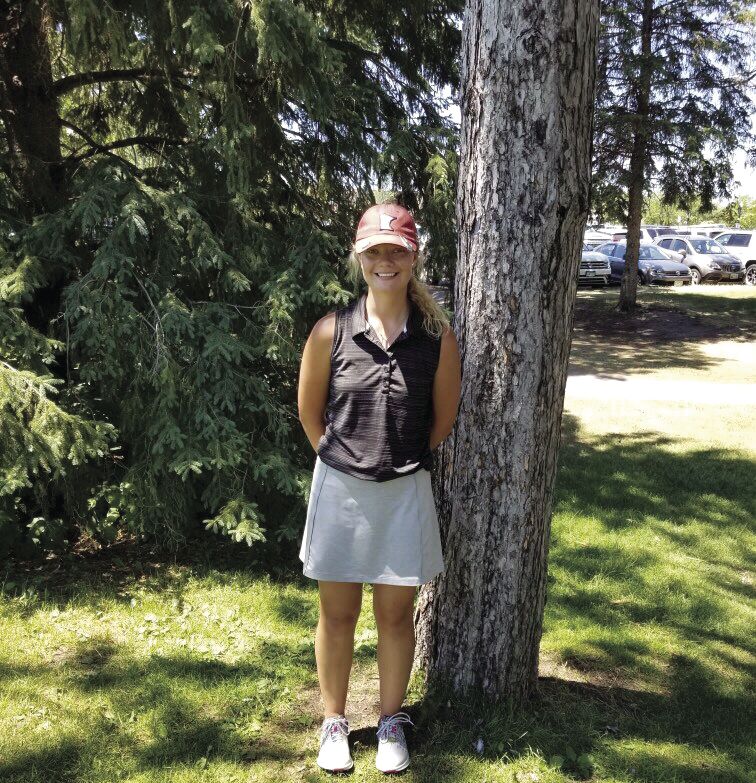 Cambridge-Isanti senior Jasmyn Sibell relaxes under a tree at Bunker Hills Golf Club on Wednesday, June 16 after collecting a birdie on her final hole of the Class 3A State Tournament. Sibell tied for 20th place with a two-round score of 159. Submitted photos 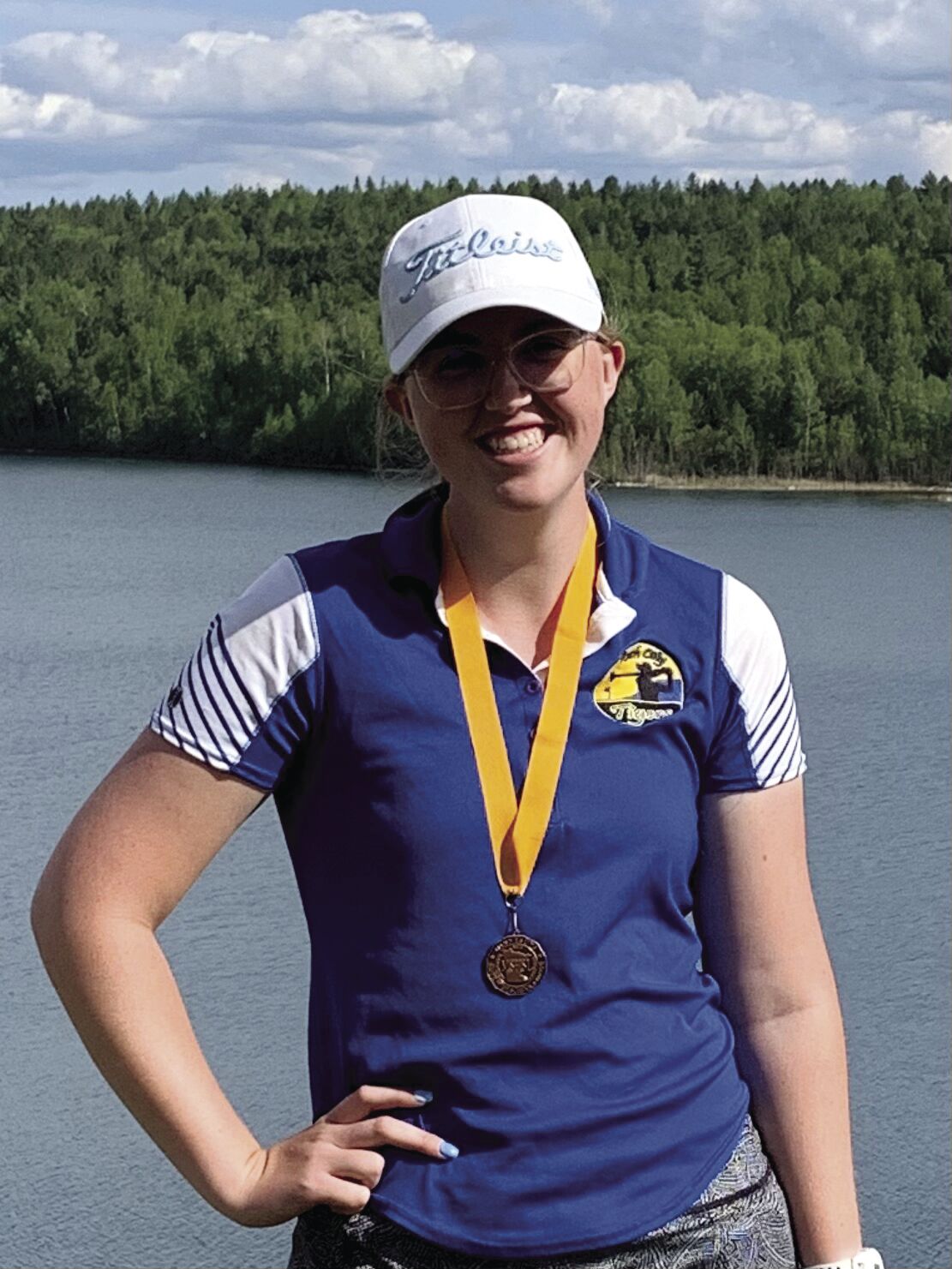 Cambridge-Isanti senior Jasmyn Sibell relaxes under a tree at Bunker Hills Golf Club on Wednesday, June 16 after collecting a birdie on her final hole of the Class 3A State Tournament. Sibell tied for 20th place with a two-round score of 159. Submitted photos

Jasmyn Sibell remembers the final hole she played in the state tournament in 2019, her sophomore year.

But she remembers for all the wrong reasons.

“I remember going into the woods and thinking, ‘That’s a great way to start the hole,’” the Cambridge-Isanti product said. “So I punched it out of the woods, and there was water in front of me. I hit the ball into the water – three times.

Now a senior, Sibell returned to the Class 3A State Golf tournament, which was played at Bunker Hills Golf Club, the same venue as her sophomore year. And as fate would have it, Sibell’s final hole was No. 9, the same hole she struggled to master two years prior.

“This year I had the perfect drive out of the tee box, so I didn’t have to worry about the water,” Sibell said. “I hit my second shot to within about 6 inches of the hole and tapped in for a birdie.”

It was sweet redemption for Sibell, who tied for 20th place at the tournament, which was played Tuesday and Wednesday, June 15-16, with rounds of 78 the first day and 81 the second for a two-round total of 159.

“The first day, I felt good for the whole round, hitting a lot of good shots and good putts,” Sibell said. “The second day I was a little more tense. I thought I might shoot in the 90s, so I ended up way better than I thought I would.”

Her coach at Cambridge-Isanti, Steve Hanson, noticed the difference in Sibell’s play at state from her sophomore to senior years.

“She was pretty nervous when she played in the state tournament as a sophomore, so I don’t know if she had a whole lot of fun,” Hanson said. “That happens all the time. You tell them to enjoy the experience, but it’s hard because they want to do as well as they can, and the nerves get in the way a little bit.

“This year she was more relaxed, so I think she had more fun this year. I think it was a good experience.”

It also was a fitting ending to a senior year in which Sibell was the best golfer in the Mississippi 8 Conference, using her consistency and talent to forge an 81.8 average in league play that was nearly seven full strokes better than her nearest competitor.

“Jasmyn was just so steady all year long,” Hanson said. “I knew she would improve as the season went on, and by the end of the year she had an 81 average.

While Sibell will continue her golf career at Bethel University, the end of her high school career still was bittersweet despite the fine finish.

“It actually hit me after the ride home, when I had to give my school golf bag and other school equipment back,” she said. “But the tournament and the whole season were so fun. I became so much closer to the rest of the team, really connected to the team.

“My best friend is Alexa Oliver, and she came out for the team, and that made it even more fun. Playing with my teammates this season was the best feeling ever.”

Sibell was not the only local golfer who fared well at the state tournament. Junior Maggie Roth of Rush City placed 27th in the Class 2A tournament, which was held at Ridges at Sand Creek, with a two-round total of 178 after opening with a 91 before improving by four strokes the second day.

Meanwhile junior Hailey Bistodeau of North Branch tied for 52nd place in the Class 2A tournament with a 191 total that included a round of 98 on Tuesday and a five-stroke improvement to 93 on Wednesday.

In the Class A tournament, which was held at Pebble Creek Golf Club, the Braham girls finished seventh with a team score of 830, just one stroke behind Janesville-Waldorf-Pemberton.

Braham shot a 418 on Wednesday and, while that total was six strokes behind its total from Tuesday, it also was seven strokes better than Legacy Christian and Janesville-Waldorf-Pemberton, allowing the Bombers to pass the Lions and nearly catch the Bulldogs.

Individually, senior Tessa Burmaster led Braham, tying for 29th place by shooting two rounds of 96 for a 192 total. Senior Jenna Bostrom placed 47th with a 205, while freshman Madison Davis tied for 51st with a 209.