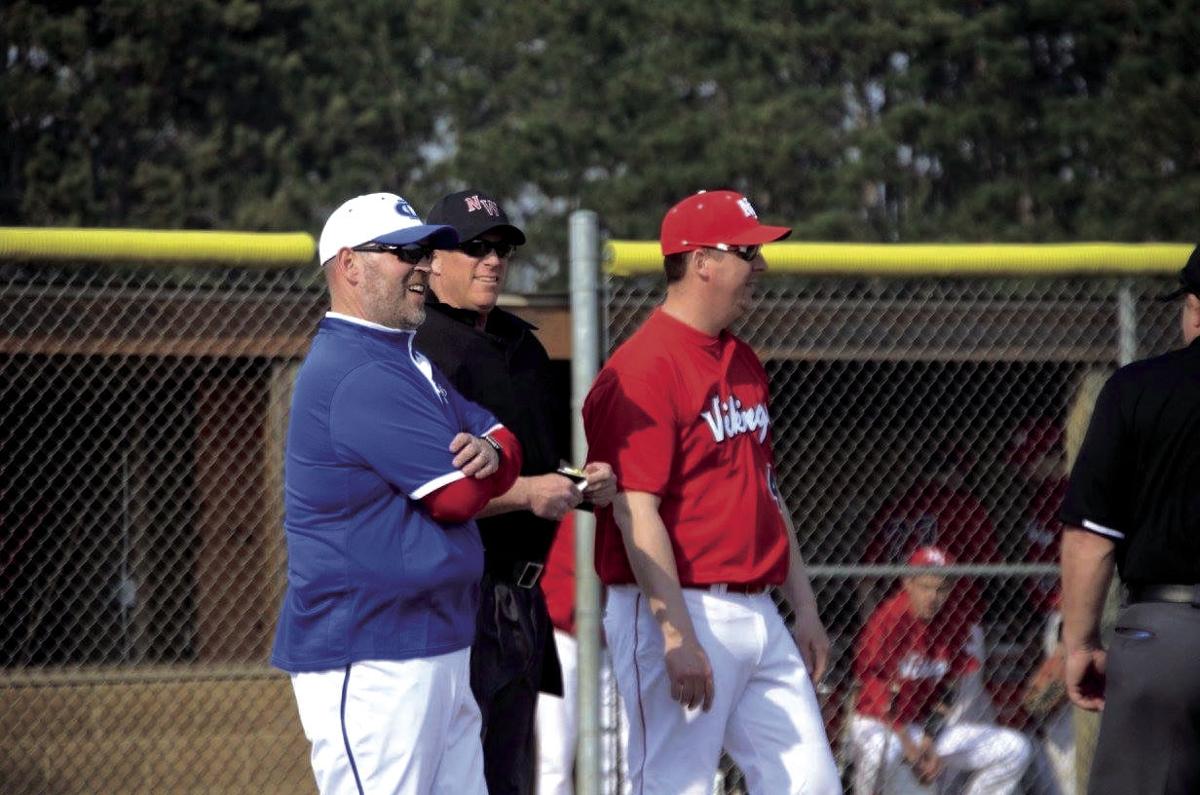 Former Cambridge-Isanti coach Todd Smrekar and North Branch coach Steve Christensen review the ground rules with umpires prior to a baseball game between the two schools. 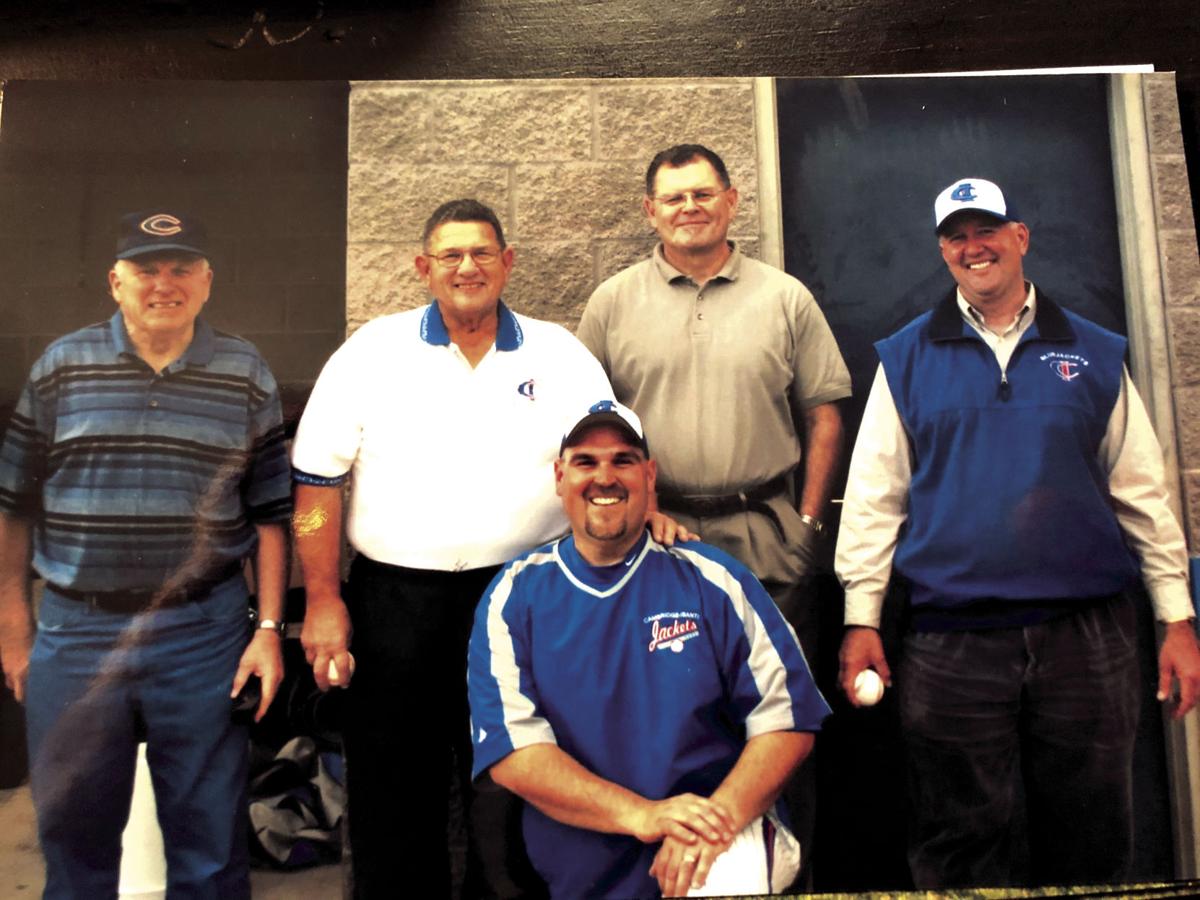 Todd Smrekar kneels in the front row of a photo featuring former baseball coaches prior to a game in 2008. In the back row, from left, are Dean Allen, Jerry Carlson, Gary Christofferson and Mark Solberg. 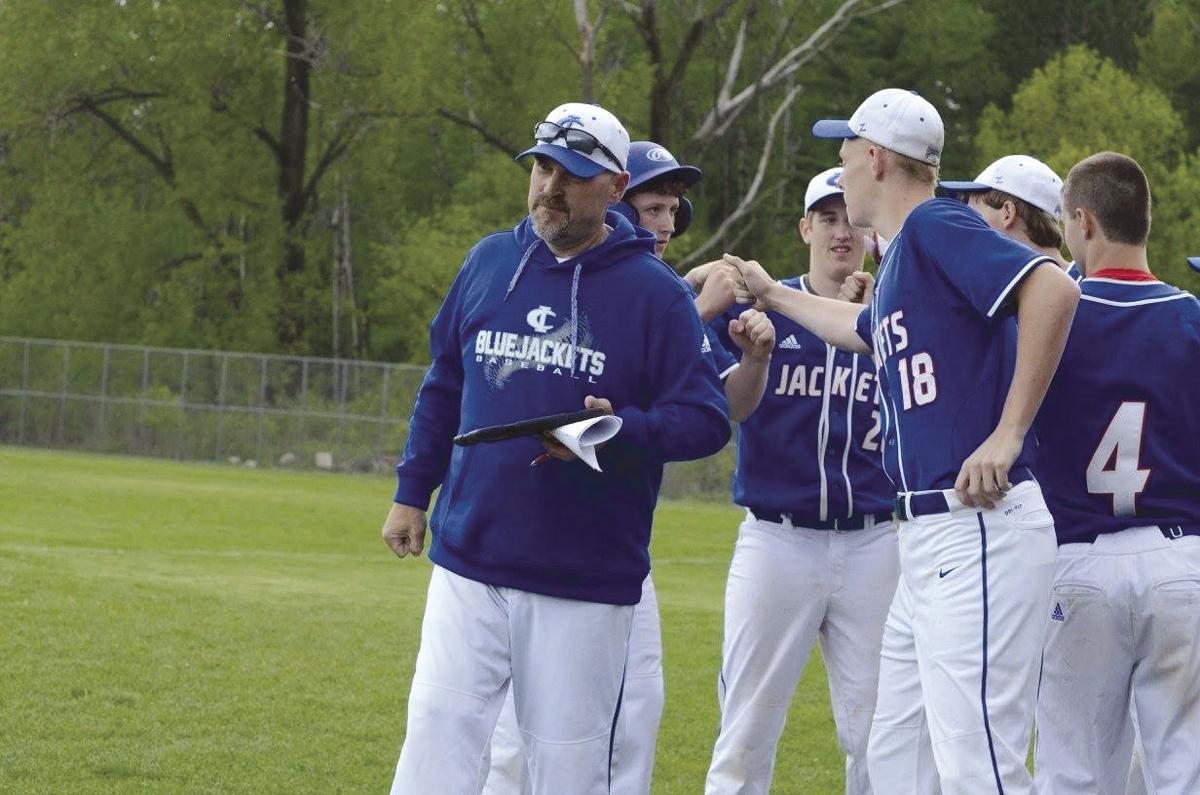 Former Cambridge-Isanti coach Todd Smrekar and North Branch coach Steve Christensen review the ground rules with umpires prior to a baseball game between the two schools.

Todd Smrekar kneels in the front row of a photo featuring former baseball coaches prior to a game in 2008. In the back row, from left, are Dean Allen, Jerry Carlson, Gary Christofferson and Mark Solberg.

Todd Smrekar is on the committee that selects coaches to be inducted in the Minnesota High School Baseball Coaches Hall of Fame, but he missed that committee’s January meeting.

So imagine his surprise when the longtime Cambridge-Isanti baseball coach saw the list of inductees – and his name was on that list.

“I got a text after the meeting, and when I found out about it, I was completely floored,” Smrekar said. “I was humbled. I could not imagine getting that honor.”

Smrekar is one of six individuals who will be inducted into the state coaching association’s Hall of Fame in a ceremony set for Nov. 21 at the Omni Hotel in Eagan. That will be the latest stop in a journey that began on the playing fields in Cambridge, his hometown.

“I had older brothers, so I rarely missed a game when they played – and those guys were my heroes,” Smrekar said. “So when it was our turn to put the Cambridge jersey on and walk onto the field on Friday nights, that was pretty special.”

Smrekar played football at Cambridge and was a member of the 1986-87 state championship teams. He also played baseball, earning a spot on the varsity as a junior and senior.

“I have great memories of playing for teams under Mark Solberg and Gary Christofferson,” Smrekar said. “It was a great experience, including great memories like playing in the Metrodome my senior year, and even the bus rides together.”

Among those recollections are the many memories of Cambridge coaches who impacted his life.

“I had a lot of great experiences as an athlete at Cambridge,” Smrekar said. “I had a lot of great coaches, whether it was George Larson or Jerry Carlson or Mark Solberg – I had some amazing coaches. And my dad was a coach and teacher there, too. So to be able to come ‘home’ and teach and coach here was really special.”

His father is Bill Smrekar, who taught at Cambridge for 35 years and coached the boys hockey team from its inception. Bill Smrekar has been inducted into the Cambridge-Isanti and Minnesota High School Hockey Coaches halls of fame.

Todd Smrekar graduated from Cambridge in 1989 and attended St. Cloud State. While in college, he took a job coaching ninth grade football under Larson.

“Coaching got in my blood,” Smrekar admitted. “It comes back to all the positive experiences I had, whether it was being coached by my dad or by all of the other great coaches I had. I knew I loved athletics, and I wanted to continue it in any way I could.”

After graduating from St. Cloud State in 1994, Smrekar taught in the BOLD school district for one season. He then returned to Cambridge-Isanti and joined the high school social studies staff while serving as an assistant football coach.

“In June of 1995, I was offered a job at Cambridge-Isanti, and it was my dream,” Smrekar said.

He spent 13 seasons on the football coaching staff, serving as the offensive and defensive line coach for the 2000 team that won a Class 4A state title as well as the state runners-up in 1999.

He also became the varsity baseball coach starting in 1997, and Smrekar quickly realized he had accepted a position that had deep roots in the community.

Smrekar collected 210 wins in his 21 seasons as head coach of the Bluejackets, making him one of just 164 coaches in state history to surpass 200 career victories. Perhaps the school’s finest season under Smrekar came in 2008, when C-I won the Mississippi 8 Conference title and was runner-up in Class 3A Section 7.

“When you’re camping, you want to leave a campsite better than the way you found it, and the same is true when you coach a high school program,” he said. “There are always things you wish would have turned out better, but I’m proud of the things we accomplished. And notice I said things ‘we’ accomplished. I was surrounded by tremendous assistant coaches and parents, and we had a great network of people that supported the program. I’m very grateful for all the folks that surrounded us.”

Smrekar also thanked his wife, Aaron, and his daughters Addie, who is 21, and Finnie, who is 7.

“My family and my kids really supported me,” Smrekar said. “Baseball didn’t quit in the spring and summer, and they made a lot of sacrifices. My wife was an amazing sounding board; I couldn’t have done anything without her and my daughters supporting me.”

While Smrekar no longer is the head baseball coach at Cambridge-Isanti, he served as an assistant under Mike Bergloff the previous two seasons. Smrekar had taken this spring off from coaching, but the season was canceled by the COVID-19 pandemic.

“I had my hip replaced in November, so I’ve had to slow down a little,” Smrekar said. “I’m always open to what the future brings, and I would help out Mike with anything he needs.”

The time away from baseball this spring has given him a chance to overcome his surprise at his Hall of Fame nod, as well as reflect on the joy of coming back to his alma mater and joining the list of fine coaches he grew up admiring.

“It has been an incredible journey, and I wouldn’t trade it for anything,” Smrekar said.