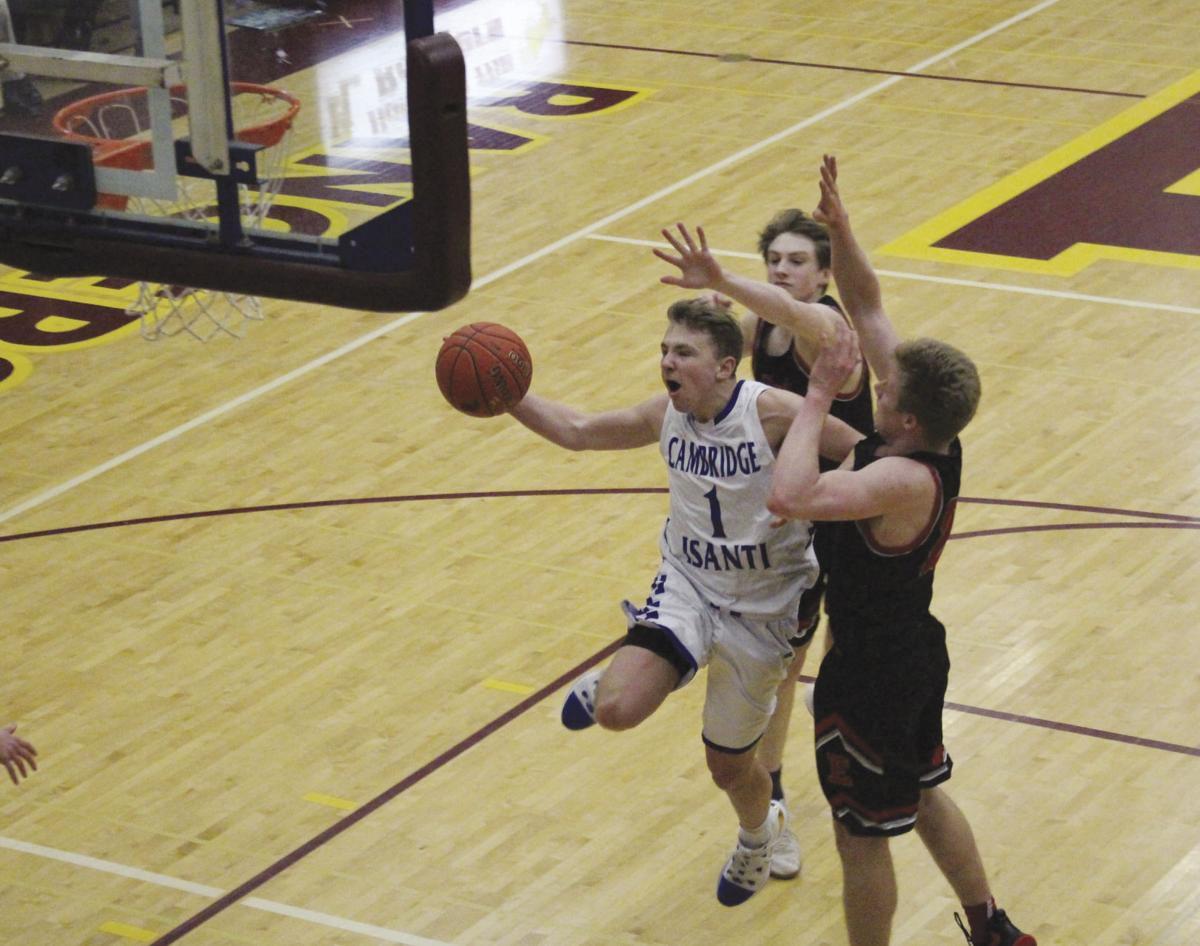 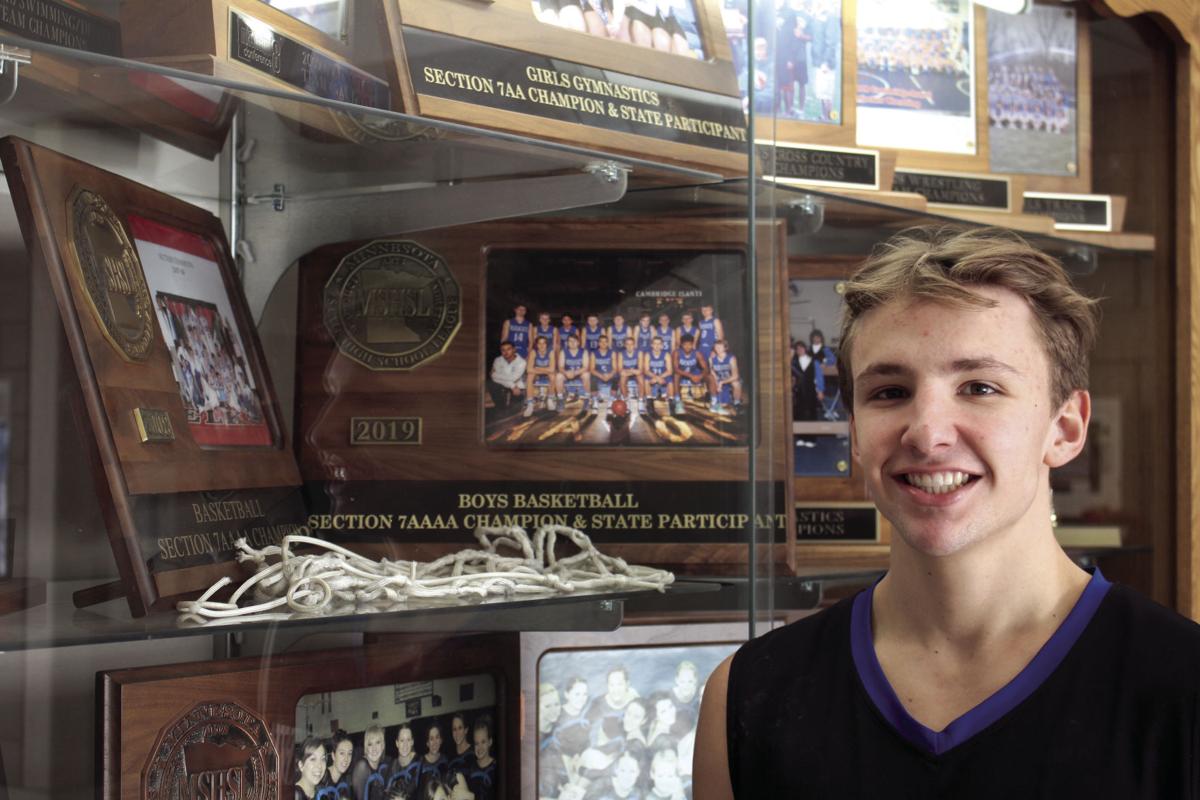 Henry Abraham, already Cambridge-Isanti’s career scoring leader, is working to add other hardware to the Bluejackets’ trophy case this season.

Henry Abraham, already Cambridge-Isanti’s career scoring leader, is working to add other hardware to the Bluejackets’ trophy case this season.

“He was playing travel basketball, and he was maybe a second grader,” the Cambridge-Isanti boys basketball coach remembered. “But he was playing with his older brother’s team. Henry was a short, pudgy little player who could really handle the basketball.”

Wait, what? Handle the basketball?

That description flies in the face of the numbers, which show Abraham to be one of the top scorers in the state. The Cambridge-Isanti senior entered this week averaging 33.5 points per game thanks in part to 65 3-pointers made, including 13 in an early season contest against Chanhassen.

“He could always handle the basketball at a young age,” McDonald said of Abraham. “We knew at a young age that he was talented beyond his years.”

Abraham confirmed that his love of basketball began with dribbling, not shooting.

“I watched NBA games and just tried to copy their moves,” he said. “I would work on dribbling between my legs, cross-overs, things like that. Then there was a game called ‘NBA Baller Beats,’ which was like playing ‘Guitar Hero’ for basketball.”

By sixth grade Abraham had mastered NBA Baller Beats, and his ability to handle the basketball quickly translated to more time on the court.

“That game helped me [dribble while] not looking at the ball,” Abraham said. “It helped me dribble faster and harder, and it helped me with combo moves like going between the legs and then crossing over.

“I still use those moves [I learned playing NBA Baller Beats] in games all the time.”

But A-plus dribbling skills are not the key to becoming one of the state’s top high school scorers. That work came in the summer prior to eighth grade.

That’s right, 80,000 shots in one summer, including 2,000 in one day. Abraham said he was driven by the goal of playing on the varsity with his brother, Raymond, who would be a senior that season.

“I really wanted to play on the varsity with him,” Henry Abraham said. “He knew how hard I worked, so he wasn’t surprised. And he always has said he liked that year more because I was on the team.”

While Raymond Abraham may not have been surprised, opposing teams probably were shocked when a 5-6 eighth grader would take the floor.

“Other teams would try to bully me, push me around,” Abraham said. “I just kept playing. I wanted my game to speak for itself.”

These days, Abraham’s game speaks volumes. Last season he broke the Cambridge-Isanti record for career points, surpassing the 1,686 points of Ben Bradley. Abraham entered play this week averaging 33.5 points per game, the second-high total in the state of Minnesota, and his 69 3-pointers in just 11 games was almost 20 more than the next-highest total.

“As Henry has gotten older and more confident – and more skilled – he has developed layers to his game,” McDonald said. “He’s known as a shooter, but that just allows him to use his dribbling skills to get past people and get to the rim.”

Abraham is working on being a strong finisher, which means making contested baskets when the 6-0 guard drives to the rim and faces taller opponents.

Cambridge-Isanti’s contest against state-ranked St. Cloud Apollo proves Abraham has learned those lessons well. He had just five 3-pointers in that game but finished with 47 points, largely because of 14 made free throws to go with nine other baskets, mostly layups.

“The faster pace creates more possessions, and I’m better in transition,” he said.

But do not call Abraham a no-conscience gunner. He is averaging a whopping 6.9 assists per contest, reaching double digits with 10 against Duluth East and Duluth Denfield. His 76 assists in 11 games is the fifth-highest total in the state.

“Our style of play helps that, but he does distribute,” McDonald said. “He finds open teammates in positions where they can make shots.”

Abraham said he takes pride in his assists.

“When I see a teammate open, I try to hit them,” he said. “They are making shots. And when I pass to teammates, it opens things up for me because the other team has to guard those guys.”

McDonald said Abraham has worked to become an above-average defender as well.

“People may think he’s not a great defender, but he’s one of our better defenders,” McDonald said. “He’ll possibly end up leading us in steals for his career. He’s smart, he knows how to play the angles. For what he lacks in size, he makes up for it by knowing where to be.”

But other teams know Abraham for his offense and have gone to great lengths to try to stop him. In recent seasons opponents have used gimmick defenses such as a triangle-and-two or a box-and-one, or have guarded him all over the court once Cambridge-Isanti has the ball, trying to deny him the ball when it is in the hands of a teammate.

Abraham said some teams use physicality to try to stop him rather than relying on an exotic defense.

“I wouldn’t say they cheap shot me, but they push me and foul me pretty hard,” he said. “I’ve had that since I was younger, so I’m used to it. I play a lot harder when teams do that to me.”

Best of all, McDonald said, is that success has not changed or spoiled Henry Abraham.

“He’s an unassuming kid,” McDonald said. “He’s not cocky, but he is confident. I think the seniors on the team like him. He doesn’t have that air of arrogance about him. He’s one of the easiest players I’ve ever had to coach – I’ve never gotten any negative vibes from him, and there have been times I’ve had to coach him pretty hard.”

Abraham said he has a number of people to thank for his high school basketball successes.