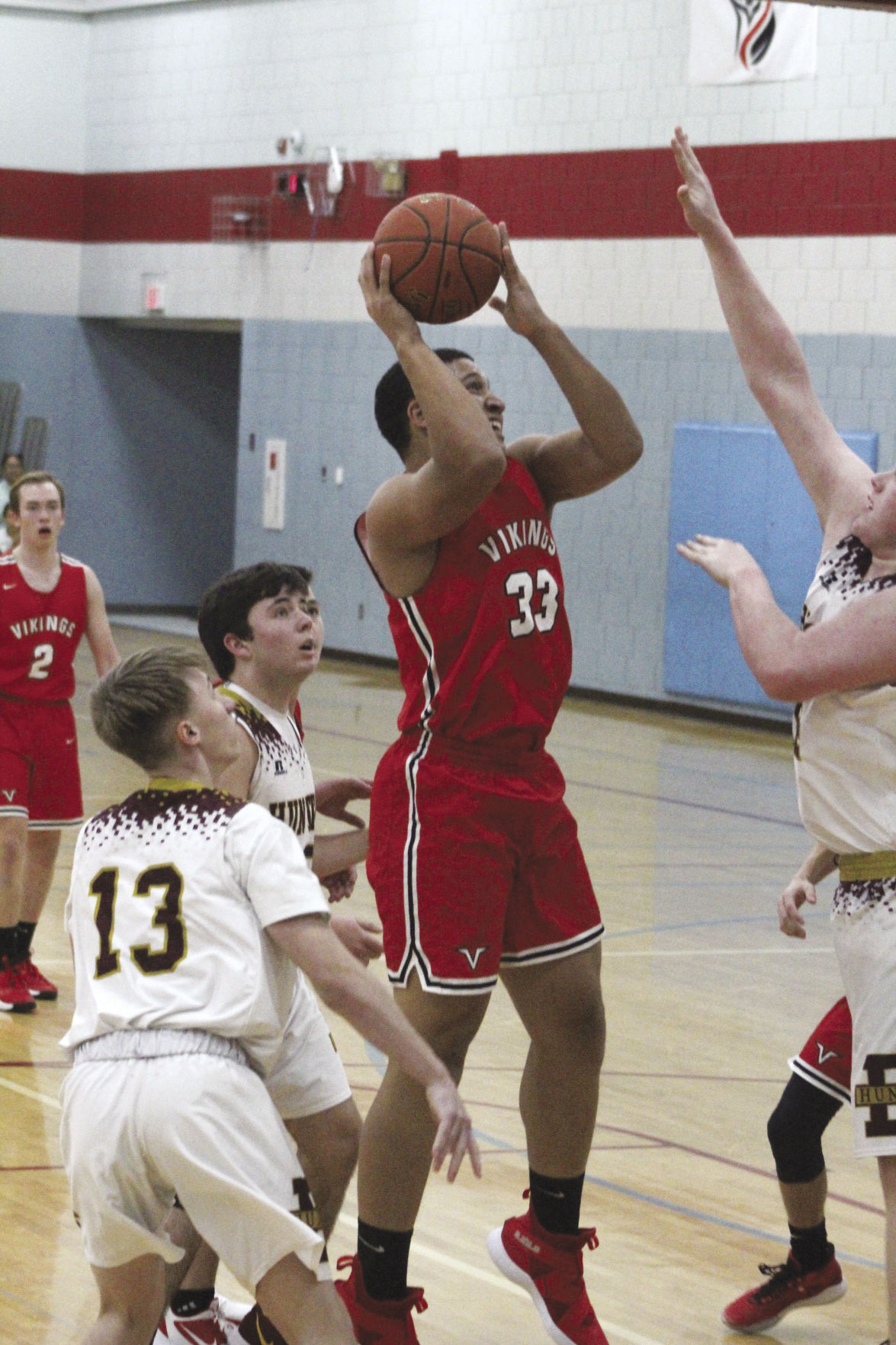 Junior forward Anthony Riley puts up 2 of his 13 points in the Vikings’ 82-66 win over Duluth Denfeld on Thursday, Dec. 12. 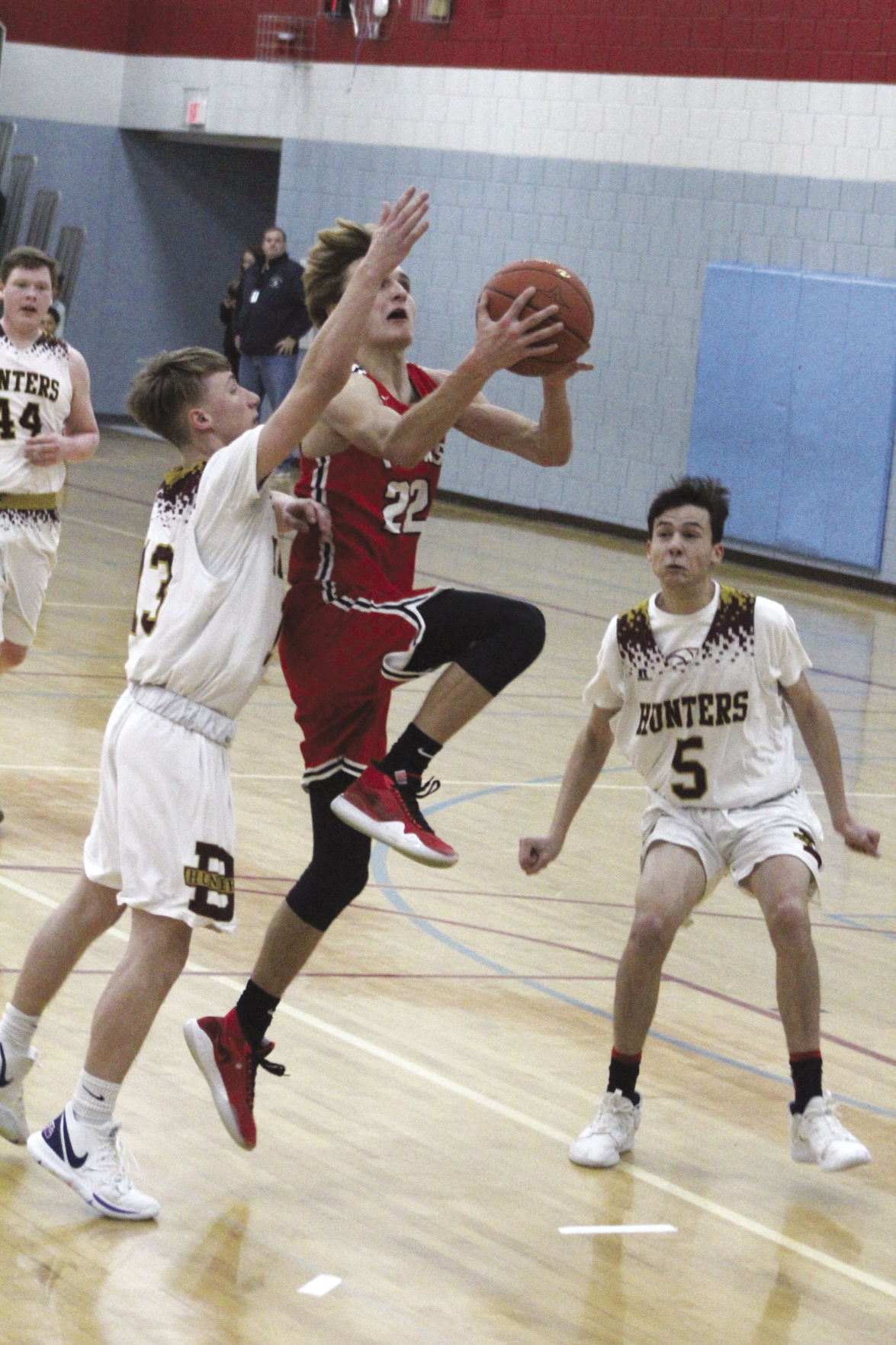 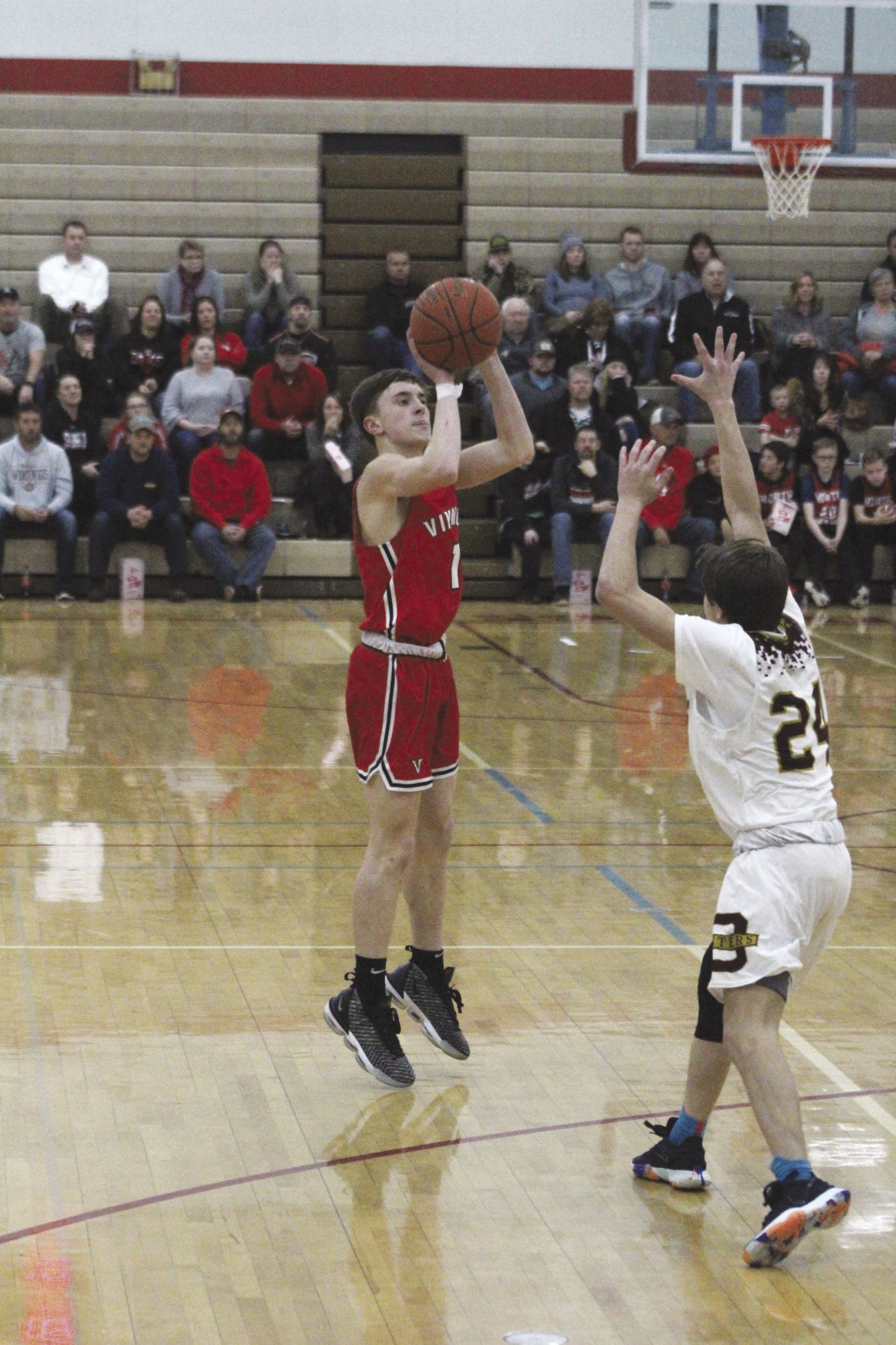 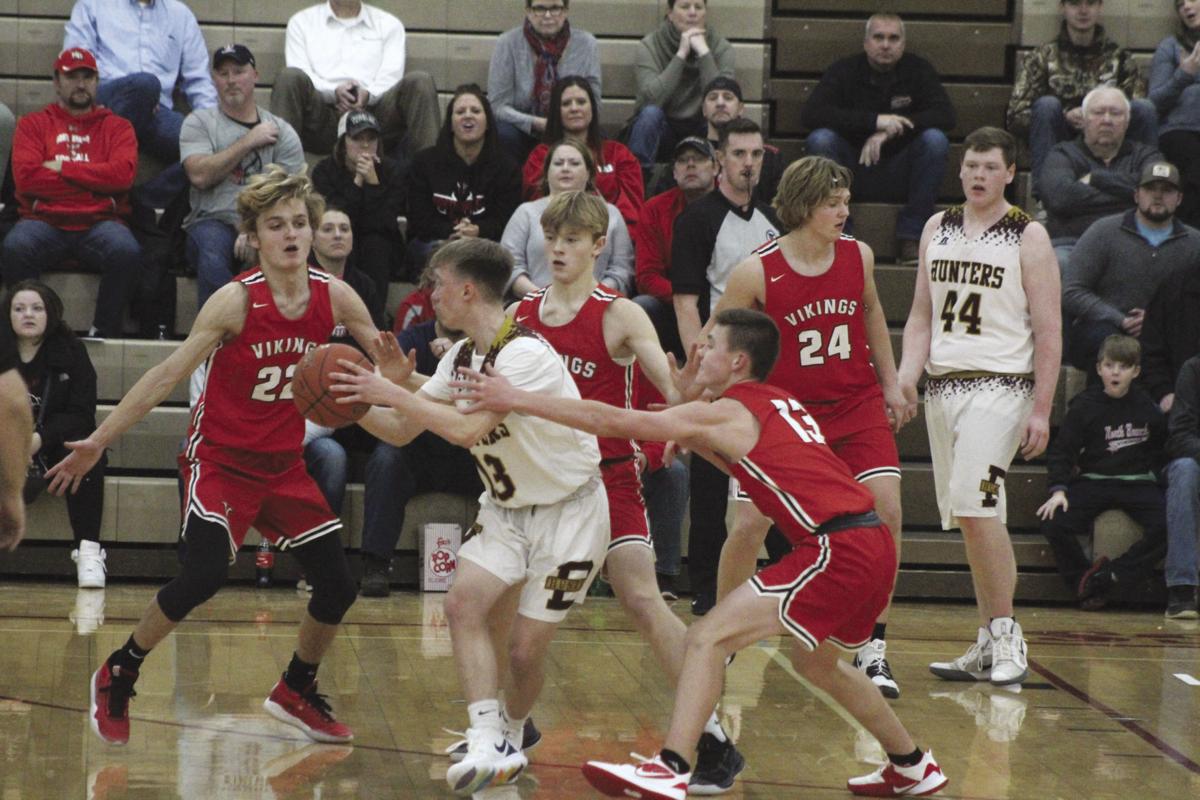 The Vikings play a smothering style of defense that puts opponents off their game. Photos by Brad O’Neil

Junior forward Anthony Riley puts up 2 of his 13 points in the Vikings’ 82-66 win over Duluth Denfeld on Thursday, Dec. 12.

The Vikings play a smothering style of defense that puts opponents off their game. Photos by Brad O’Neil

In recent years, the North Branch boys basketball team relied on big bodies, but the Vikings don’t have as many of those as they used to. The 6-foot-8 giant Zach Gazda is only the most conspicuous of the graduation losses, and several other players of size crossed the stage with him last June. Head coach Alex Kuhlman recognized at the end of last season that he’d be guiding a smaller, faster team with good outside shooting ability in 2019-20, so he brought in an offseason coach to teach the returners a sprint style that makes the game look a little like a track meet.

“We get up and down the court, we work really hard,” coach Kuhlman said. “We have to play smart and execute, but we play hard.”

At the start of a possession, the Vikings sprint up the court, looking for a quick shot or an opening to the basket. On defense, the Vikings jump into the ballhandlers’s face immediately, making him work even to make it to the halfway line.

The result is approximately 20 extra possessions per game, an 25-point increase in the team scoring average – and in the first three games of the season, three wins.

“We’re forcing a lot of turnovers, but we’re also having some turnovers, so there are things we need to clean up, but we’re seeing them execute [the system] better,” Kuhlman said. “It gives them a little more freedom in what they’re doing.”

The Vikings already had an 82-79 win over Zimmerman and a 77-66 win over Mora in hand when they welcomed Duluth Denfeld to the North Branch Middle School gymnasium on Thursday, Dec. 12. The Vikings ran, ran and ran some more, putting the Hunters under constant pressure and disrupting their offense for most of the game. The Vikings led 40-28 at the half, and though the Hunters pulled close with a hot run early in the second, the Vikings ran away again for good to finish as 82-66 victors.

Senior forward Drew VanEerden scored 26 to lead the Vikings and tie for the game-high with the Hunters’ leader, Josh Reinertsen. VanEerden reached his total with an almost equal mix of outside shooting and inside moves.

The Vikings do have one new big man, junior forward Anthony Riley, who transferred in from Robbinsdale this year, making up for some of the size that graduated last year. Riley finished the Denfeld game with 13 points, second-best on the team. Senior guard Carter Whitman ended with 12; other scoring contributions came from sophomore forward Trevor Johnson (8), sophomore guard Adam Thauwald (6), sophomore guard Adam Rehm (6), sophomore guard Logan Murphy (6) and freshman guard Carson Klein (5). As the totals show, the Vikings know how to share the ball even in the uptempo game.

“It’s been a fun start to the year,” Kuhlman said. “I told the players, it’s the first time [the Vikings won the first three games] since before most of them were born. That’s a big deal for us.”

The Vikes finally met a match on Saturday, Dec. 14, falling to Grand Rapids 93-43 – perhaps running out of gas after a long week. Even so, they held a 3-1 record ahead of a home date with Pine City on Tuesday, Dec. 17, after press time.

The Vikings will finish off their pre-Christmas slate on the road at Irondale on Thursday, Dec. 19, at 7 p.m.