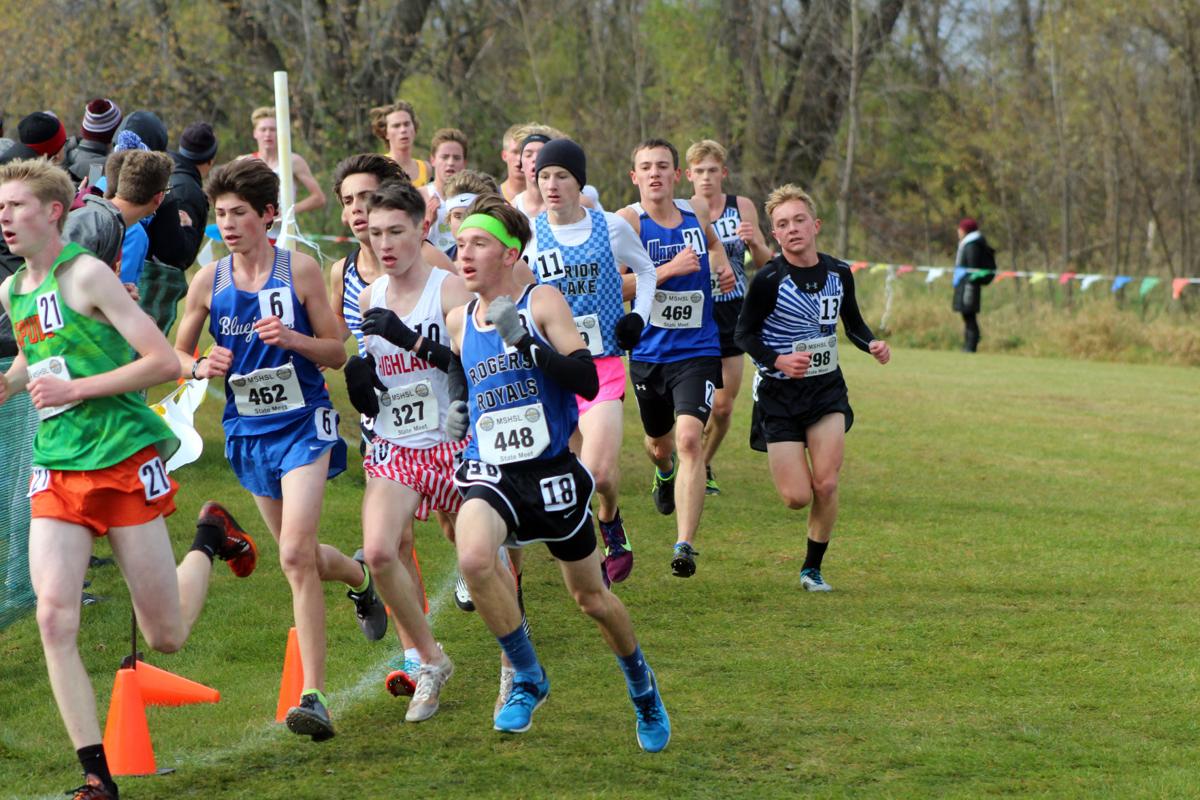 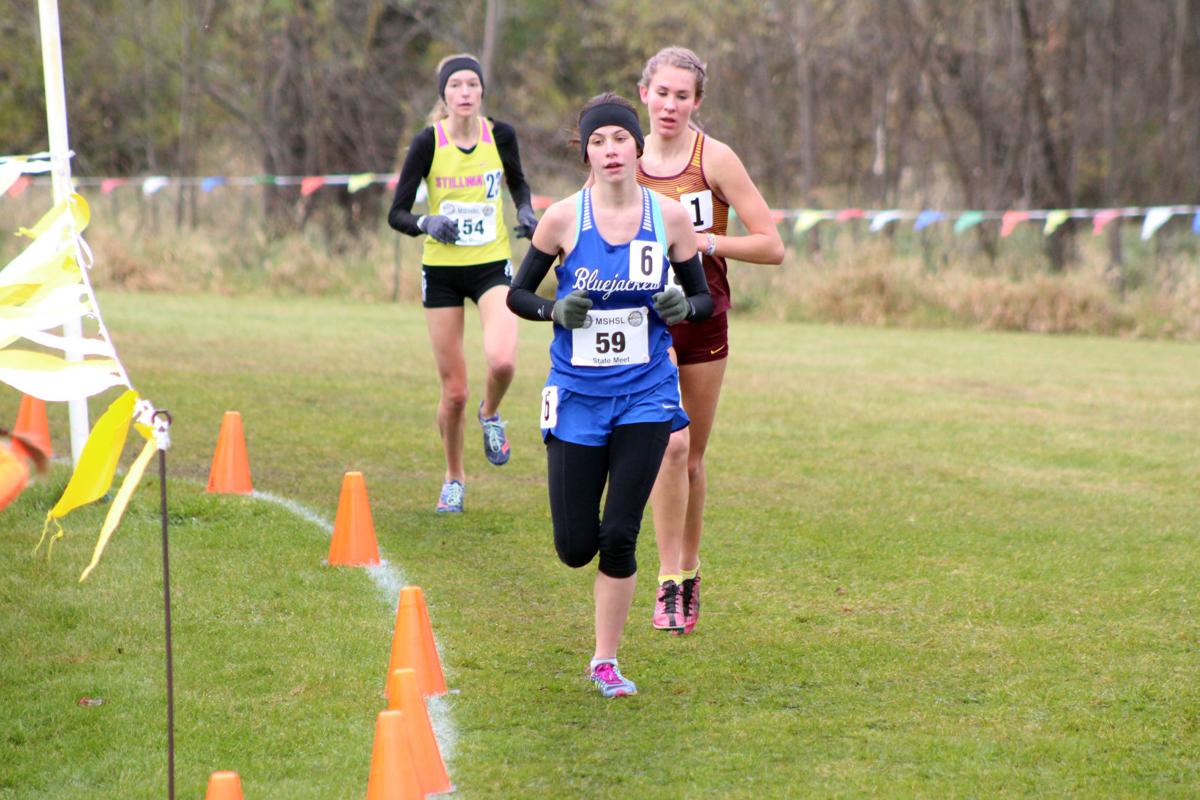 In second photo, C-I senior Jordan Merwin makes her way to the finish of the girls race. Both Bluejackets qualified for state by snatching an individual berth at the Section 7AA meet in Cloquet the week before.

Jones finished the classic Ole 5,000-meter course, for decades the battleground for the state championship meet, in 16 minutes, 58.9 seconds to place 112th out of 174 finishers (not including two athletes who dropped out of the race).

Merwin completed the same course in 20:58.9 to place 161st of 176 in the girls competition. Both Bluejackets were competing at the state level for the first time, with Jones having two more chances to get back and race the best again.

The individual Class AA titles were claimed by St. Paul Highland Park’s Oliver Paleen (15:25.2) and Stillwater’s Analee Weaver (17:46.1), while the team trophies went to the Mounds View boys (86 points, beating runner-up Eden Prairie by only one point) and the Edina girls (55 points).

In the Class A meet held later in the day, Geno Urbohm of Greenway/Nashwauk/Keewatin (15:27.6) and Morgan Gehl of Murray County Central (17:53.5) won the individual crowns while both Perham squads won the team races, the boys with 75 points and the girls with 103.