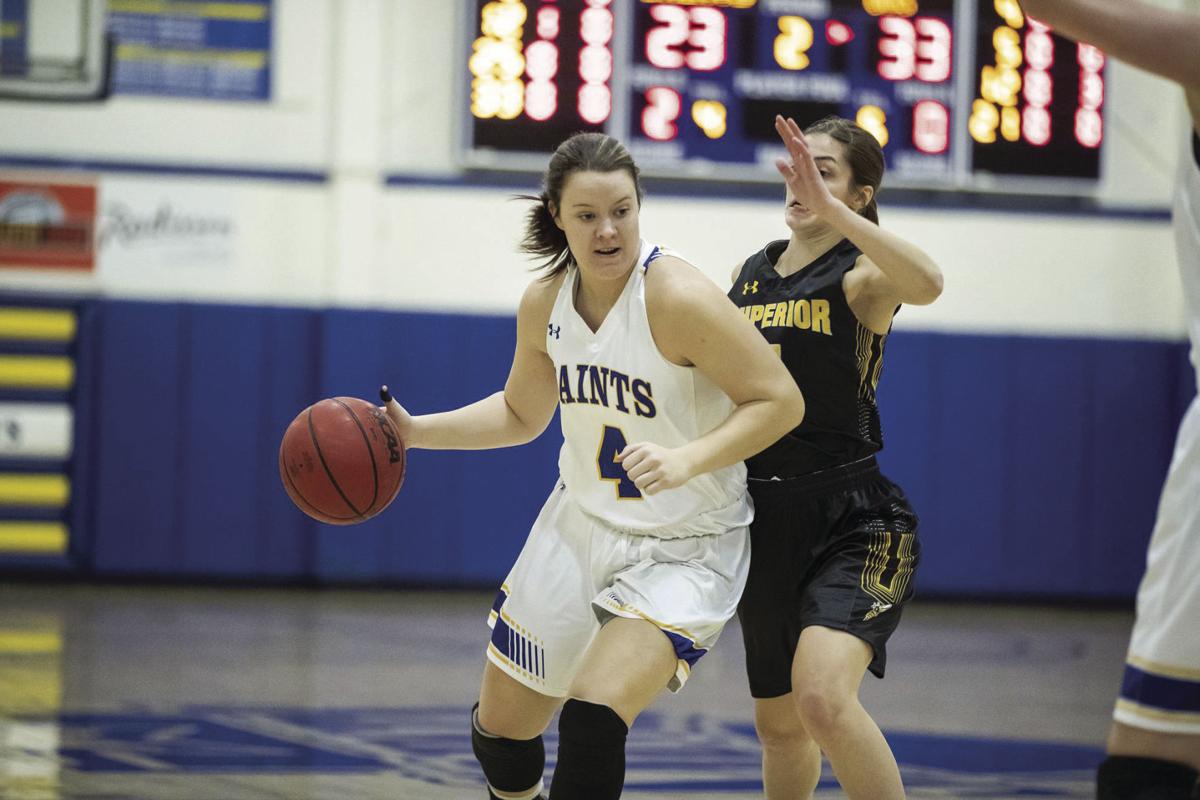 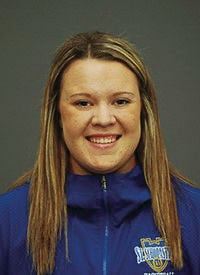 Lizzie Altendorf has been playing sports all her life and as a result has suffered a bump and a bruise or two.

“I’ve had various ankle sprains, a concussion, other small injuries,” the Braham graduate said. “I haven’t had anything too serious before an ACL injury last year.”

Altendorf tore her ACL six games into her sophomore season on the St. Scholastica women’s basketball team, marking the second season she has seen limited action after ankle problems cost her playing time as a freshman.

“I knew this would be a mentally challenging year, so I would need to work through all the mental barriers that come with recovery from the ACL injury,” Altendorf said. “I also worked through the fear that it would happen again. I just tried to enjoy every minute of this year. I realize now that it can be taken away in a moment.”

Returning to court was one thing; feeling comfortable on the court proved to be another.

“It took a little bit, but around December I started to feel ‘normal’ again,” Altendorf said. “But having to watch every day last year has helped me to enjoy the hard practices, the weightlifting – all of the things that I didn’t enjoy.”

She said she also enjoyed the opportunity to become a leader for the Saints.

“We lost six seniors from last year, and we only had four returning players, so I knew I would have to take more of a leadership role than I have in the past,” Altendorf said. “I tried to make the transition as smooth as possible, whether it was things like helping the newcomers with their gear, or teaching them new plays or drills. I tried to make everything go as smooth as possible.”

Altendorf said she had to make some changes, but she felt they were positives.

“I have always felt I’ve been a leader, whether it’s being vocal or being there for teammates,” she said. “But this year I realized everyone is looking at me to see how I act and how I do things, so I made sure I showed them, through my words and actions, how things run in this program.”

Altendorf hopes she can show future athletes how to rebound from injury as she works to become an athletic trainer. She recently was accepted into the graduate program at St. Scholastica and will begin graduate work this summer with an anticipated graduation timeframe of spring 2022.

“That was one of the reasons I picked St. Scholastica: I knew I could get my master’s degree in athletic training in five years,” Altendorf said.

This was a path she began to travel during her high school days at Braham.

“I knew that, once I was done playing college basketball, I did not want to be done with sports,” Altendorf said. “I also have always known that I wanted to do something in the medical field. Athletic training gives me the best of both worlds.

“In high school, Heidi Duong was our athletic trainer; she was really good, and she helped me determine the path I should take.”

Perhaps that is the silver lining from all the injuries that Altendorf has suffered during her playing days.

“That was something that kept me going through my ACL rehab: This will make me a better athletic trainer,” she said. “I will be able to understand what an athlete is going through because I went through it.”