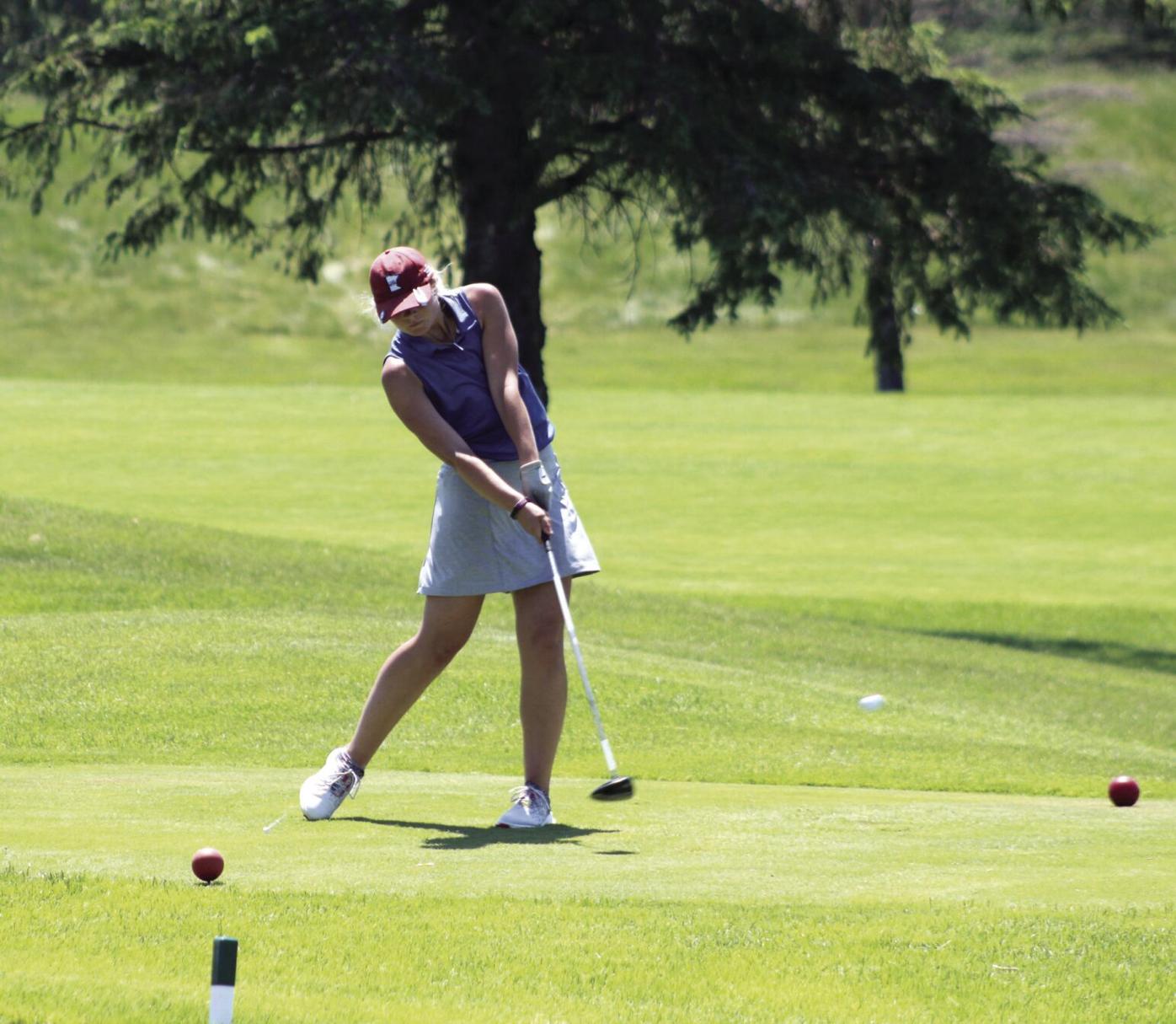 Cambridge-Isanti senior Jasmyn Sibell tees off during the Class 3A Section 7 tournament held at Grand National in Hinckley on Saturday, June 5. Sibell finished fourth individually to earn her second berth in the state tournament. Photo by John Wagner 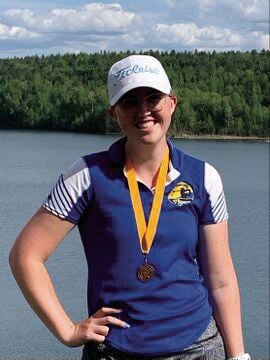 Rush City senior Maggie Roth, the Great River Conference player of the year, will next compete in the Class 2A state tournament next week. She earned her berth by finishing fourth at the Section 7 tournament last week. Submitted photo

Cambridge-Isanti senior Jasmyn Sibell tees off during the Class 3A Section 7 tournament held at Grand National in Hinckley on Saturday, June 5. Sibell finished fourth individually to earn her second berth in the state tournament. Photo by John Wagner

Rush City senior Maggie Roth, the Great River Conference player of the year, will next compete in the Class 2A state tournament next week. She earned her berth by finishing fourth at the Section 7 tournament last week. Submitted photo

“He told me I wasn’t advancing to the state tournament – that I had missed it by a stroke,” Sibell said.

“I thought she knew she had made it, especially as she was finishing the 18th hole,” Hanson said in his defense. “Plus, she has given me such a hard time over the last six years, I decided I could take one shot at her.

“I wasn’t going to let her think it for very long – and honestly, I didn’t think she would believe me. When I said it, she didn’t look very happy, and she started to walk away. I had to yell at her, ‘You know you made it, right?’”

Sibell made it pretty comfortably, actually. She posted rounds of 79 and 83 to finish fourth overall and third among the individuals competing for bids to the state tournament, which will be played at Bunker Hills Golf Club on Tuesday and Wednesday, June 15-16.

“It was exciting to officially know I had made it,” Sibell said once she knew for sure.

But it was not an easy route for the senior, who struggled early in Saturday’s round.

“I had a couple of double bogeys, and it was hard to get out of the mindset I was in,” Sibell admitted. “I was trying to shoot a lower score than I had on Thursday, and everything went really well on the practice range and the putting green. But obviously the course was different.

“I just wasn’t believing in myself. But then I got a couple of pars, and I started believing again.”

According to Hanson, the key to Sibell’s success this season was that she plays at an even keel.

“She doesn’t get too high, and she doesn’t get too low,” Hanson said of Sibell. “I think that’s when athletes perform their best. She’s been so steady; I know she’s going to handle herself on the course and always play her best.

“I think she might have put more pressure on herself than she needed to on Saturday, and she started out a little shaky. But I told her that if she just played her game, she would be fine.”

Sibell will be making her second appearance in the state tournament, having played in the event as a sophomore.

“I think I will enjoy it more as a senior,” she said. “Hanson will be able to walk with me, and my family will be able to watch me and enjoy it. I’m just going to go there and play my best, and just see what happens.”

And yes, there are no hard feelings between Sibell and Hanson after his dirty trick.

“It has been great to work with her the past six years,” Hanson said. “She has been an asset to the program, and to the other girls in the program.”

The Cambridge-Isanti girls did not advance as a team after posting a 363 team score on Thursday. Sibell was the only Bluejacket to make the cut, although senior Ashton Parnell just missed after firing an 89.

The Cambridge-Isanti boys also missed Thursday’s cut with a team total of 335. Senior Easton Parnell and sophomore Logan Westman just missed making the individual cut, finishing with an 81 and 82, respectively.

Maggie Roth will play in Class 2A meet

Rush City senior Maggie Roth earned a berth in the Class 2A state golf tournament thanks to a fine performance in the Section 7 tournament played at The Quarry at Giant’s Ridge.

Roth finished fourth among 40 golfers in that competition to earn her berth in the Class 2A state tournament.

The Class 2A championship will be played at the Ridges at Sand Creek on Tuesday and Wednesday, June 15-16.