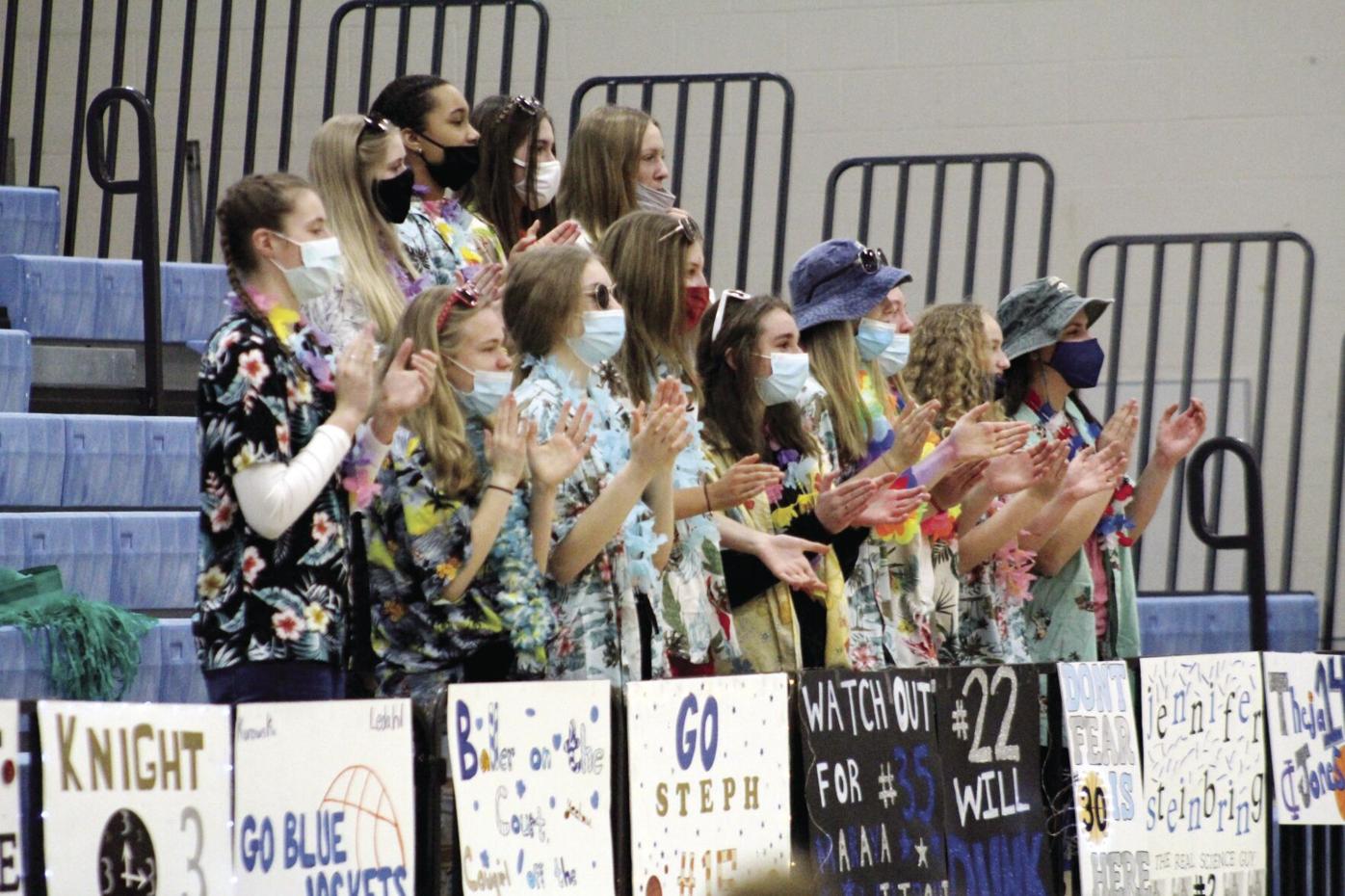 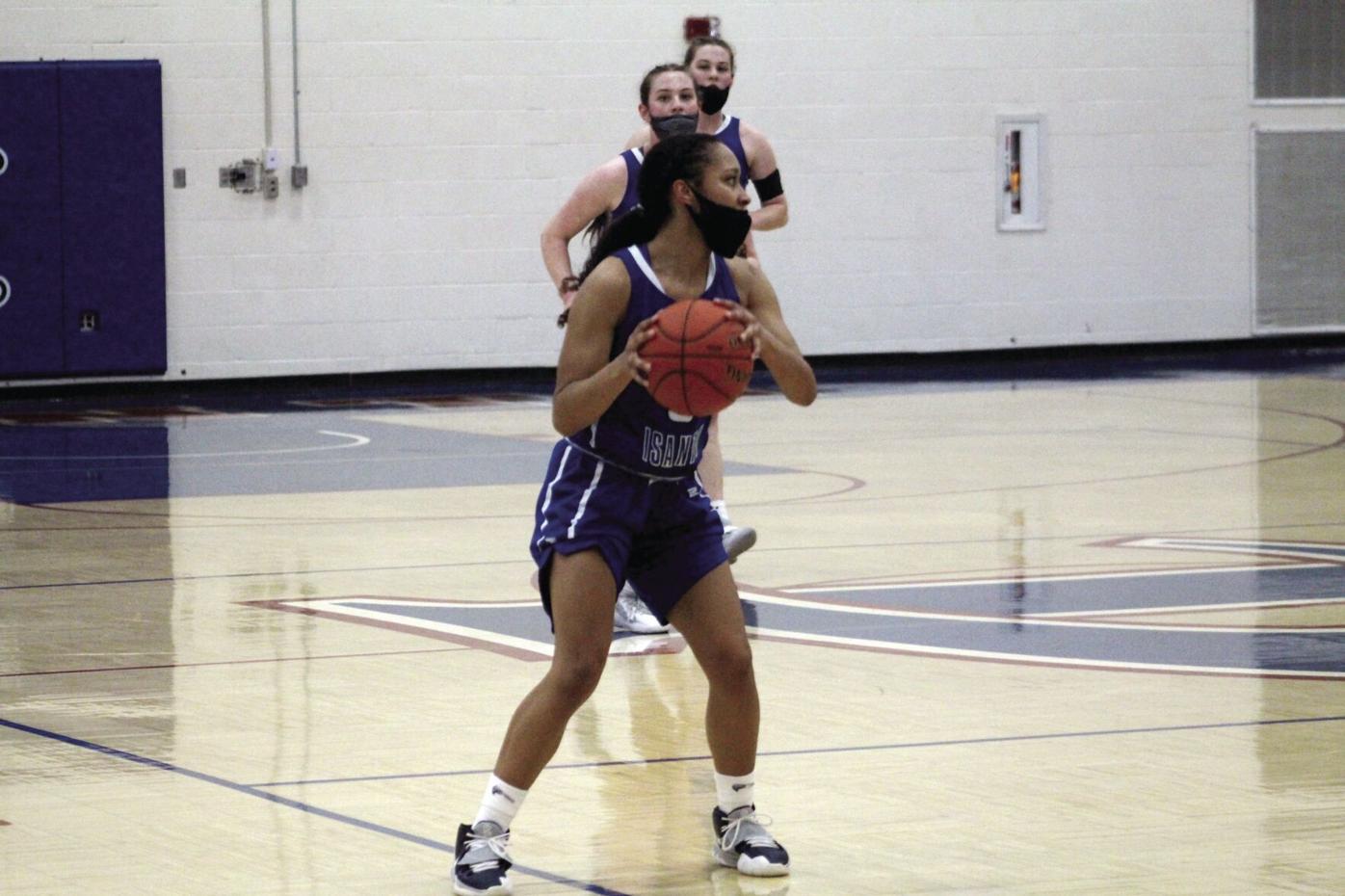 Cambridge-Isanti junior guard Aiyana Knight looks to find an open teammate during a fast break. Knight finished with 11 points in the Bluejackets Class 4A Section 7 quarterfinal win over Duluth East on Saturday, March 20. 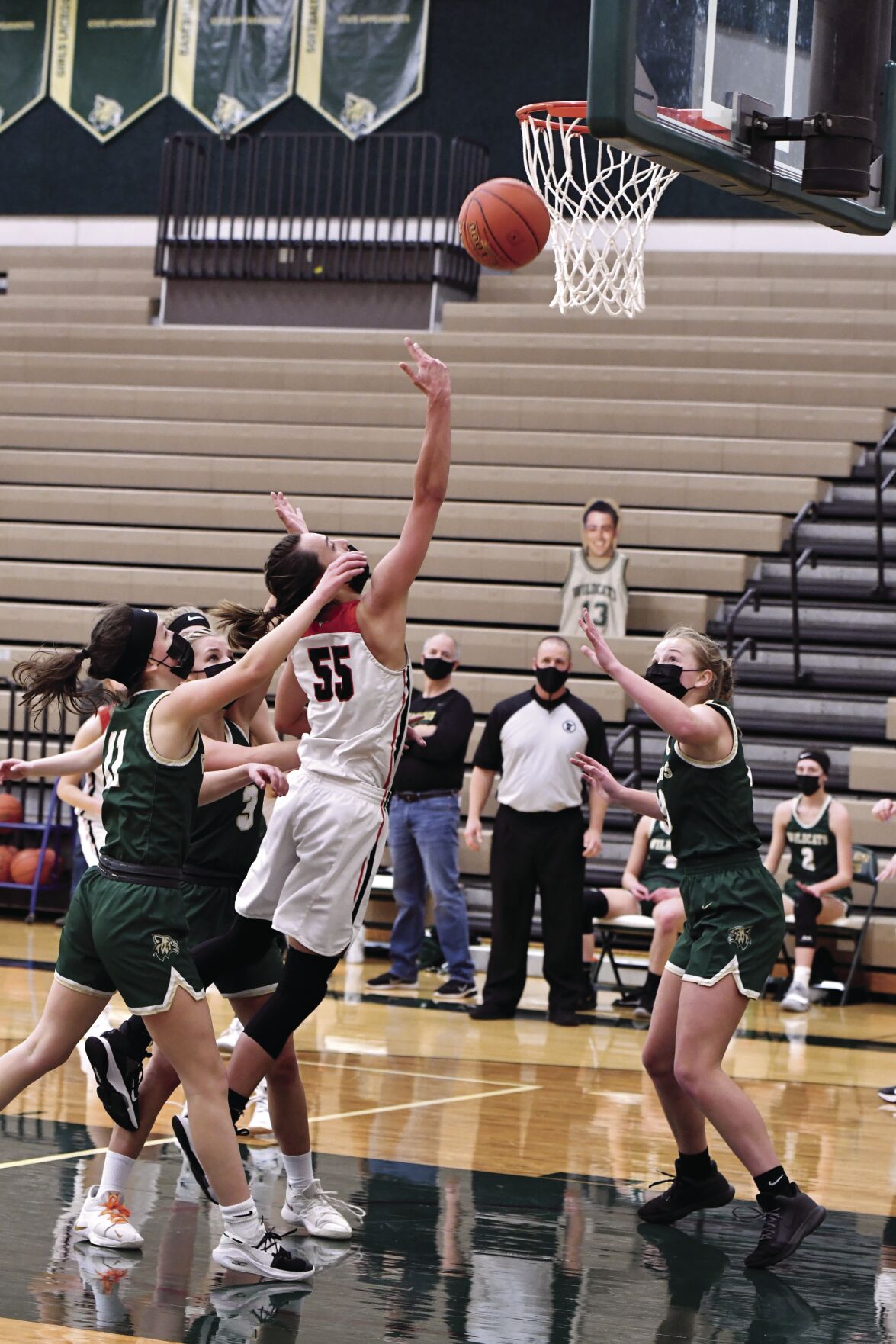 North Branch senior Kate Carlson takes a shot through traffic in the lane during the Vikings’ Class 3A Section 7 loss at Chisago Lakes on Saturday, March 20. Photo by Jorge Perales

Cambridge-Isanti junior guard Aiyana Knight looks to find an open teammate during a fast break. Knight finished with 11 points in the Bluejackets Class 4A Section 7 quarterfinal win over Duluth East on Saturday, March 20.

North Branch senior Kate Carlson takes a shot through traffic in the lane during the Vikings’ Class 3A Section 7 loss at Chisago Lakes on Saturday, March 20. Photo by Jorge Perales

And that was an unsettling feeling.

The Bluejackets, the No. 2 seed in the Class 4A Section 7 tournament, drew seventh-seeded Duluth East in their opening round game on Saturday, March 20. Four days earlier the Greyhounds had traveled to C-I and claimed a 57-51 victory.

“We’ve talked all year long about having a laser focus, and Tuesday night, even before tipoff, I didn’t like our focus,” Cambridge-Isanti coach Jody Ledahl said. “But the three days of practice after that, and in this game, that laser focus was there – especially defensively. Tuesday we may have taken them a little more lightly than we should have. In the rematch, we didn’t.”

The proof was in the Bluejackets’ 60-43 victory in Saturday’s section tournament contest.

Ledahl said his team did not change any strategy for the rematch. Instead his team focused on improving its defense after allowing Duluth East to shoot 55% from the field, including 57% on 3-pointers.

In the tournament game, Cambridge-Isanti jumped out to a 12-2 lead, and while the Greyhounds did cut the advantage to single digits late in the first period, the Bluejackets eventually enjoyed a 33-20 halftime lead.

C-I never let up in the second half, forcing Duluth East to shoot just 37% from the field and 20% on 3’s. Meanwhile the Bluejackets offense had three players score in double digits, led by junior Mikayla Aumer’s 22-point, eight-assist performance.

Cambridge-Isanti faced sixth-seeded Coon Rapids in the semifinals on Tuesday, March 23, in a contest that was not completed at press time. If the Bluejackets won that contest, they will advance to section championship against either Forest Lake or Andover on Thursday, March 25.

“Coon Rapids is a big school and a good program, and the physicality of the games the rest of the way is going to skyrocket,” Ledahl said after Saturday’s victory. “We need to focus on defense, and we need to focus on our rebounding. It will be a challenge.”

The North Branch girls saw their season come to a close with a 67-37 loss at Chisago Lakes in a Class 3A Section 7 quarterfinal contest on Saturday, March 20.

Senior Kate Carlson led the Vikings with 16 points and 10 rebounds in her final high school contest.

The Rush City girls’ season ended with a 66-22 loss at Pierz on Tuesday, March 16, in the opening round of the Class 2A Section 6 tournament, closing the books on a 10-9 season.

The Braham girls opened Class A Section 5 action with a 67-43 home victory over Upsala on Wednesday, March 17.

But the Bombers, the No. 2 seed in the South Division of the bracket, were upset by third-seed Swanville by a 59-46 margin two nights later to finish the season with a 13-7 overall record.