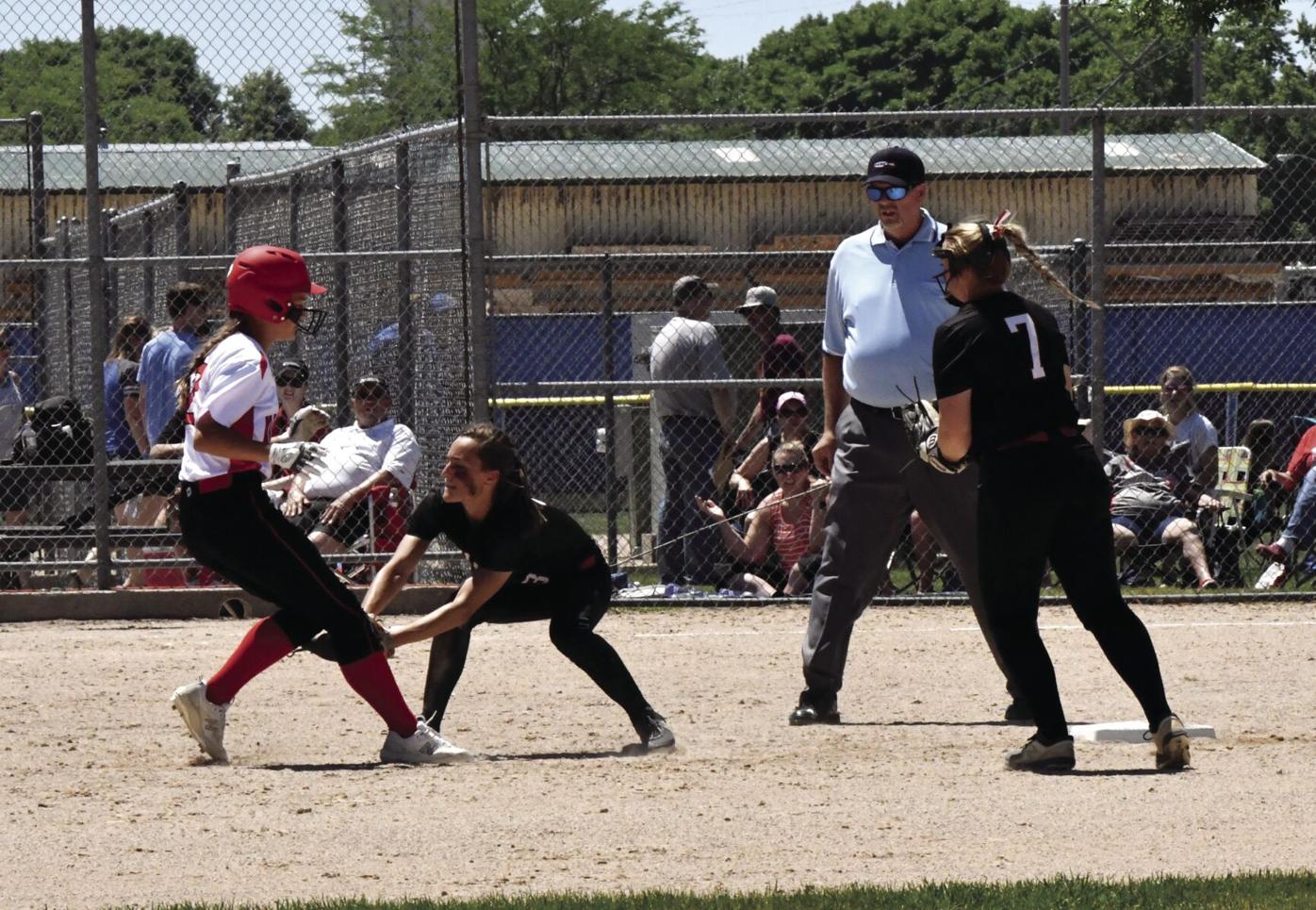 North Branch shortstop Kate Carlson tags a Mankato West baserunner out before she can reach second base. Photos by Jorge Perales 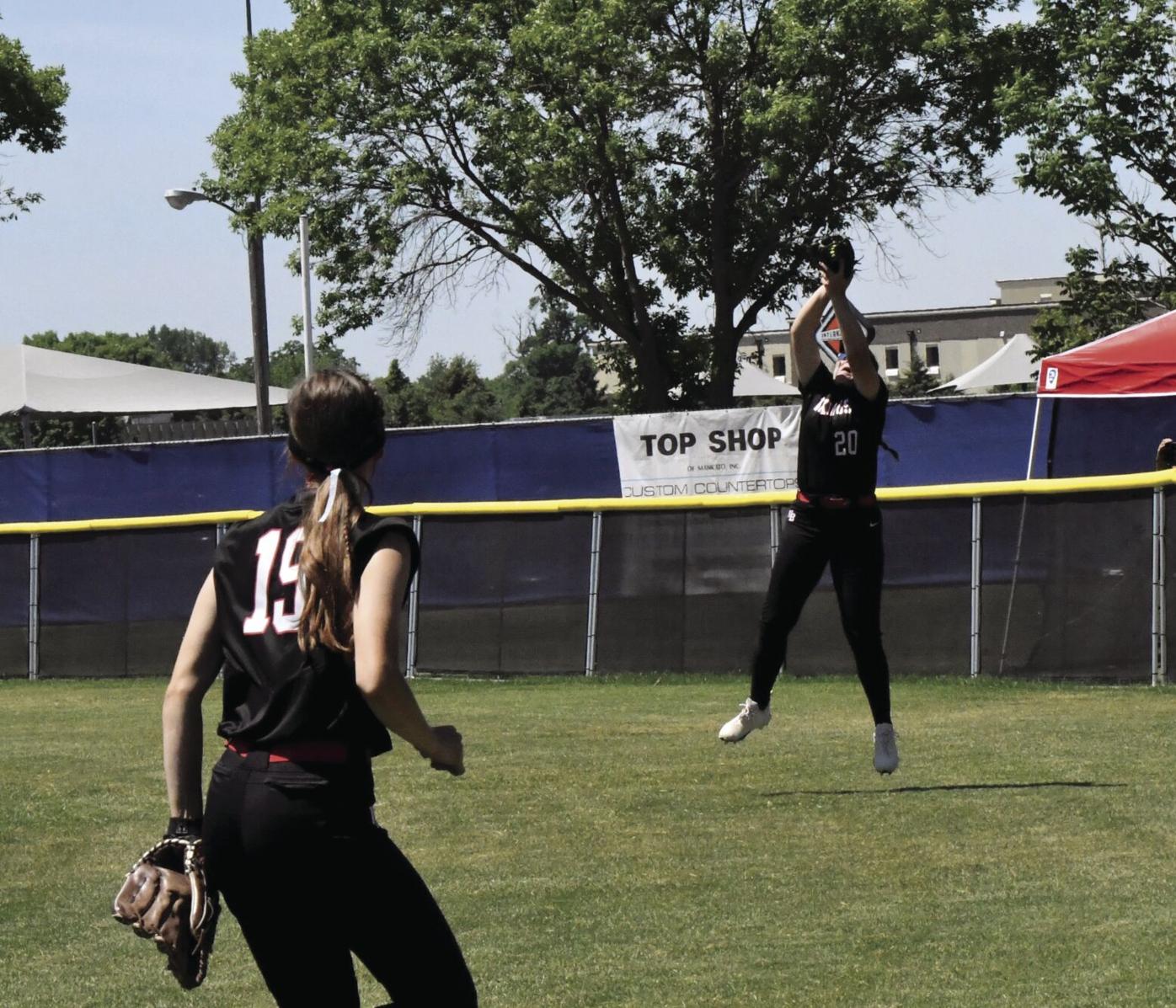 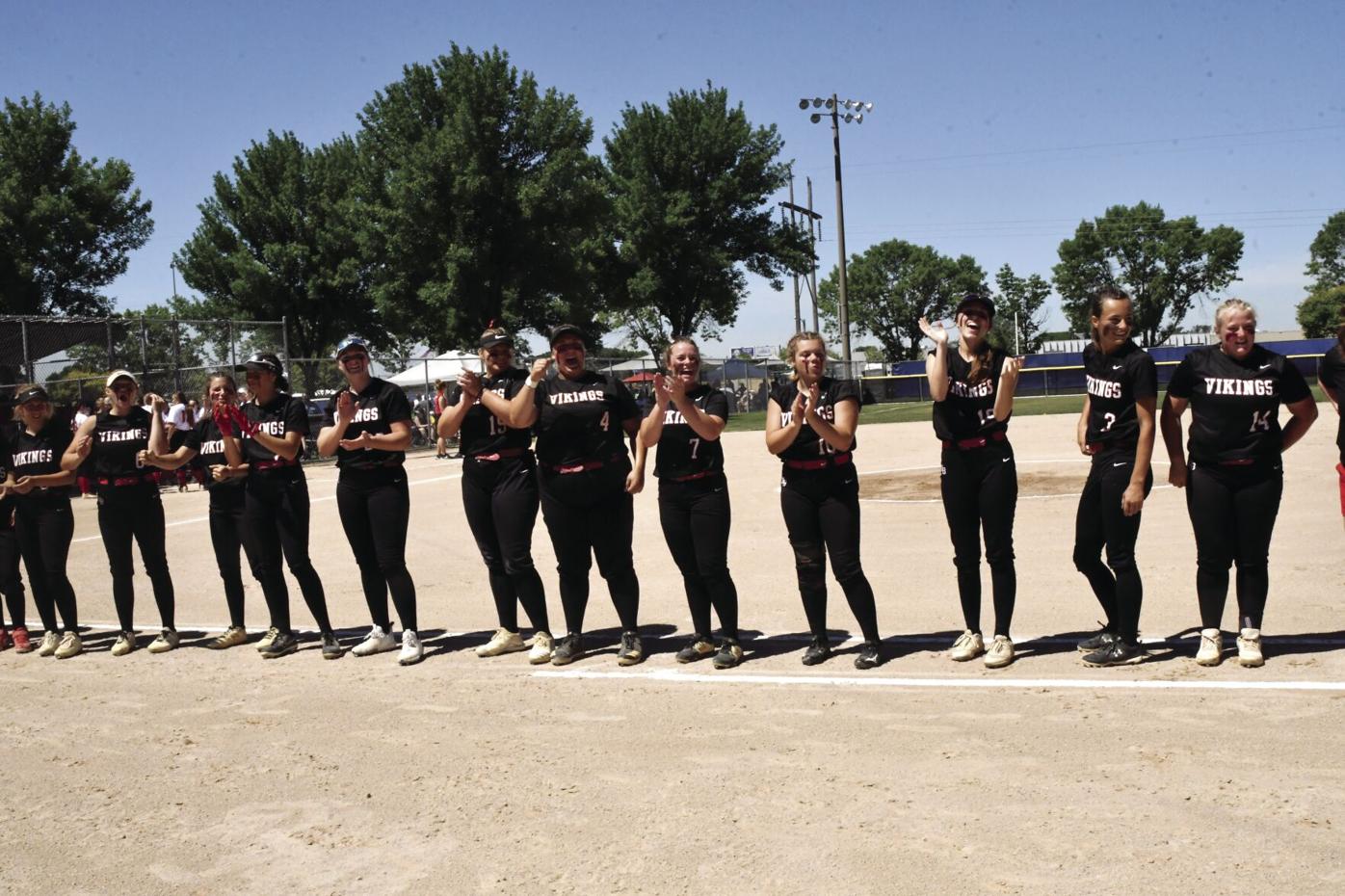 The North Branch softball team lines up for introductions prior to its state tournament contest against Mankato West on Tuesday, June 15.

North Branch shortstop Kate Carlson tags a Mankato West baserunner out before she can reach second base. Photos by Jorge Perales

The North Branch softball team lines up for introductions prior to its state tournament contest against Mankato West on Tuesday, June 15.

The Vikings’ crazy schedule took hold soon after they claimed the Class 3A Section 7 title with a late-night victory over Chisago Lakes on Thursday, June 10. Prom was the following evening, followed by the team banquet Saturday, graduation Sunday – which included a traditional overnight by the graduates that flowed into Monday.

Then on Tuesday, June 15, North Branch found itself playing its first-round game in the Class 3A state tournament at Mankato’s Caswell Park.

“No excuses,” Vikings coach Kathy Crudo was quick to say. “But we could have used a little break, for sure.”

North Branch was afforded no breaks in its game against Mankato West, the top-ranked team in the state. That began with the first pitch, when freshman pitcher Hannah Bernier was called for an illegal pitch, and continued all the way to the end of the 10-0 loss that ended after five innings.

“[The tough start] snowballed into an entire snowman, and we couldn’t stop it,” Crudo said. “We got called for illegal pitches that we haven’t been called for all year, and the pitcher struggled trying to make the adjustment. She had to take some speed off her pitches – give her credit for staying out there and giving us her best.”

Mankato West scored three runs in the first inning by taking advantage of a hit batsman and two errors, then broke the game open with a seven-run third inning. The Scarlets sent 11 batters to the plate in the third and profited from a two-run homer by Abbi Stierlen, a two-run single by Lani Schoper, and a total of seven hits in the inning.

Meanwhile the Vikings struggled to create any offense against Stierlen, collecting just six singles while not drawing any walks.

“We weren’t taking quality at-bats,” Crudo said. “Their pitcher only had two strikeouts, but our hitters weren’t squaring the ball up like West was. Props to them for being a good hitting team – they scored nine runs in the third-place game.”

After the loss, Crudo was quick to credit her seniors for their contributions to the program.

“Emma Hurd has been our starting catcher since she was in eighth grade, and she never missed a game – never missed an inning,” Crudo said. “She will be very tough to replace because of her energy and spark, especially for all of the little things she does that nobody knows about outside of games and practices.

“Sophie Smith has been a starter since seventh grade, and her mentality will be tough to replace. Her attitude on every single pitch, every single play, in games and practices, is 100 percent, and I’m glad our underclassmen got to see that.

“Kate Carlson, who hasn’t played since seventh grade, came out this year and was our shortstop. She brought speed to the team, and you can never have enough speed. And Lexi Sheehan earned her spot in right field, and her go-with-the-flow attitude will be missed as well.”

Crudo said the returning underclassman also will benefit from the opportunity they received to play in the state tournament, something the upperclassmen also were able to experience in 2018 when the Vikings advanced to the state title game.

“Just getting the opportunity to be on the big stage is important – and some of these girls have been on this stage twice,” Crudo said. “The experience is valuable.”

The North Branch coach said her biggest disappointment was that, unlike previous years when the state tournament had a consolation bracket that allowed teams to continue playing, a loss in the first round meant a team’s season ended immediately.

“They shortened the state tournament, and that’s unfortunate because these girls worked so hard all year long and deserved more,” Crudo said. “State is no joke, but I don’t feel that this one game [represented] our team. I felt as if we grew every single game this season.

“Our girls should be proud of themselves, because they made the community proud, and they gave the younger generation something to shoot for.”