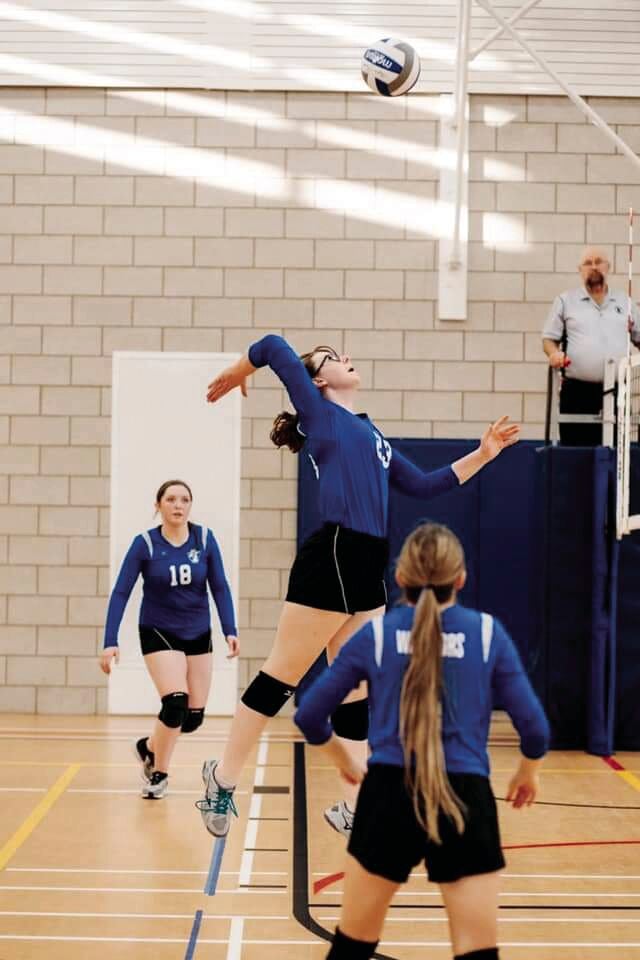 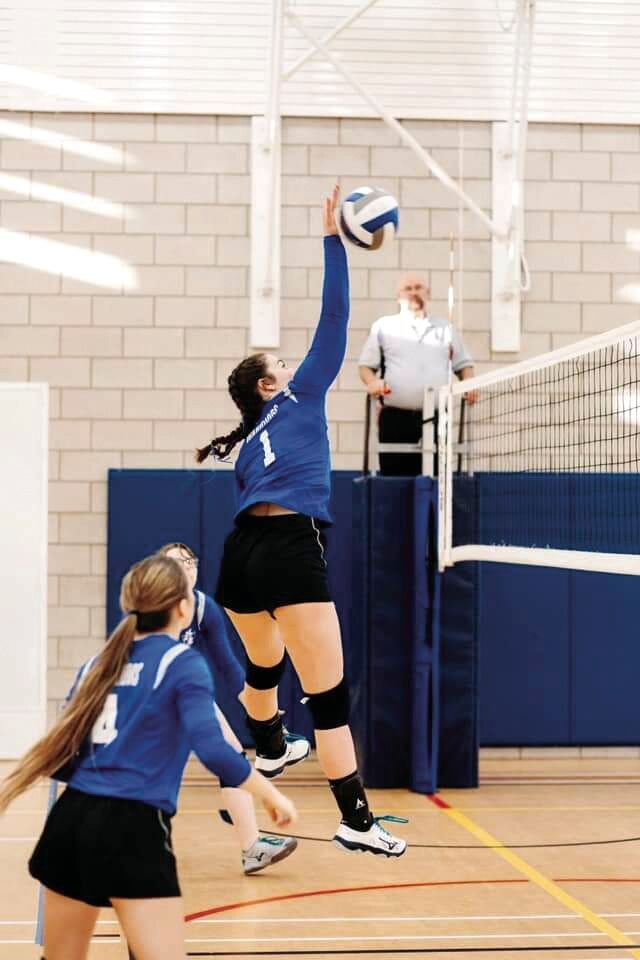 Cambridge Christian senior Brooke Simonson was named All-Christian Athletic League for her play this season and also was honored with a berth on the All-CAL tournament team. Submitted photo 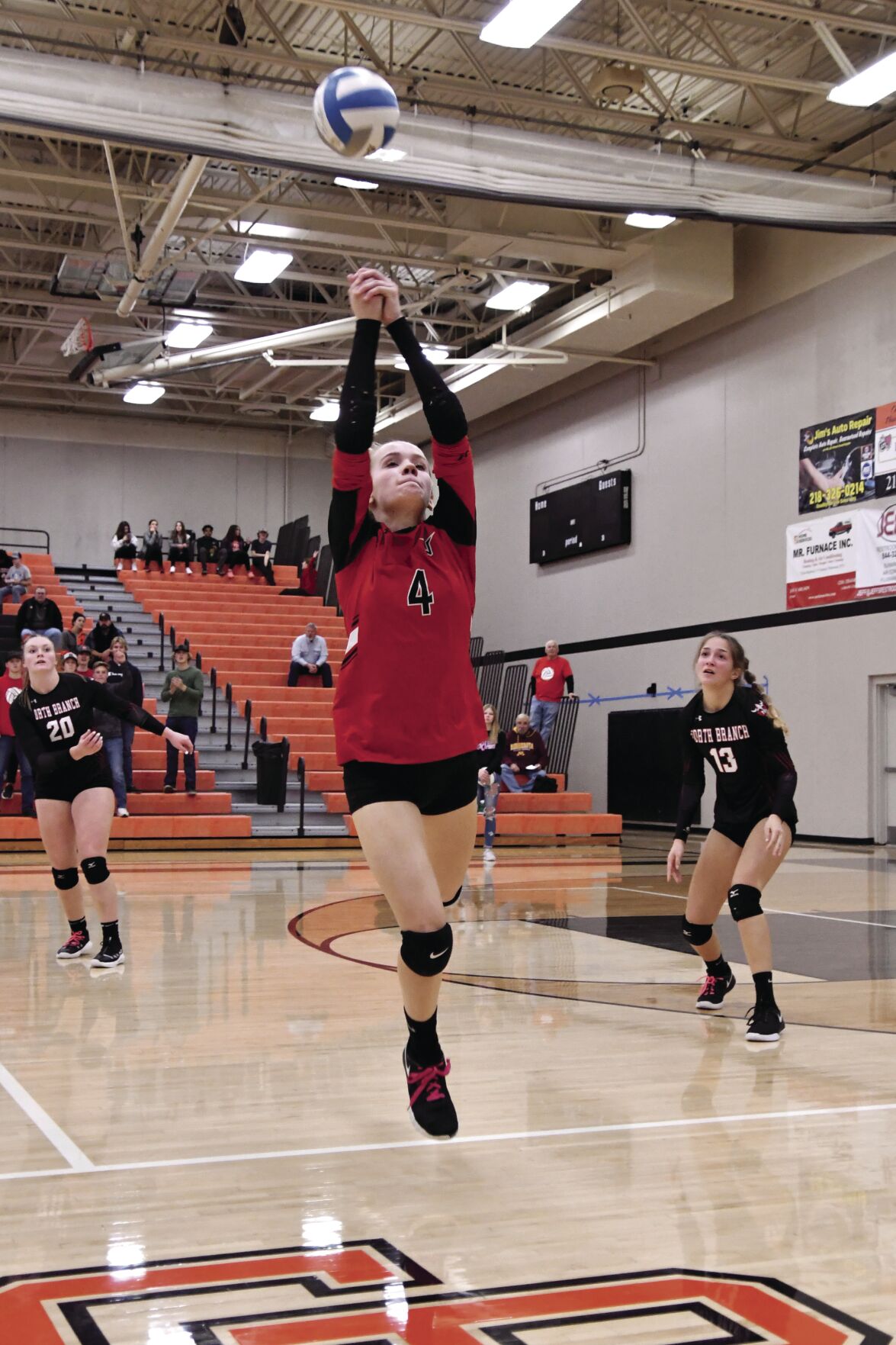 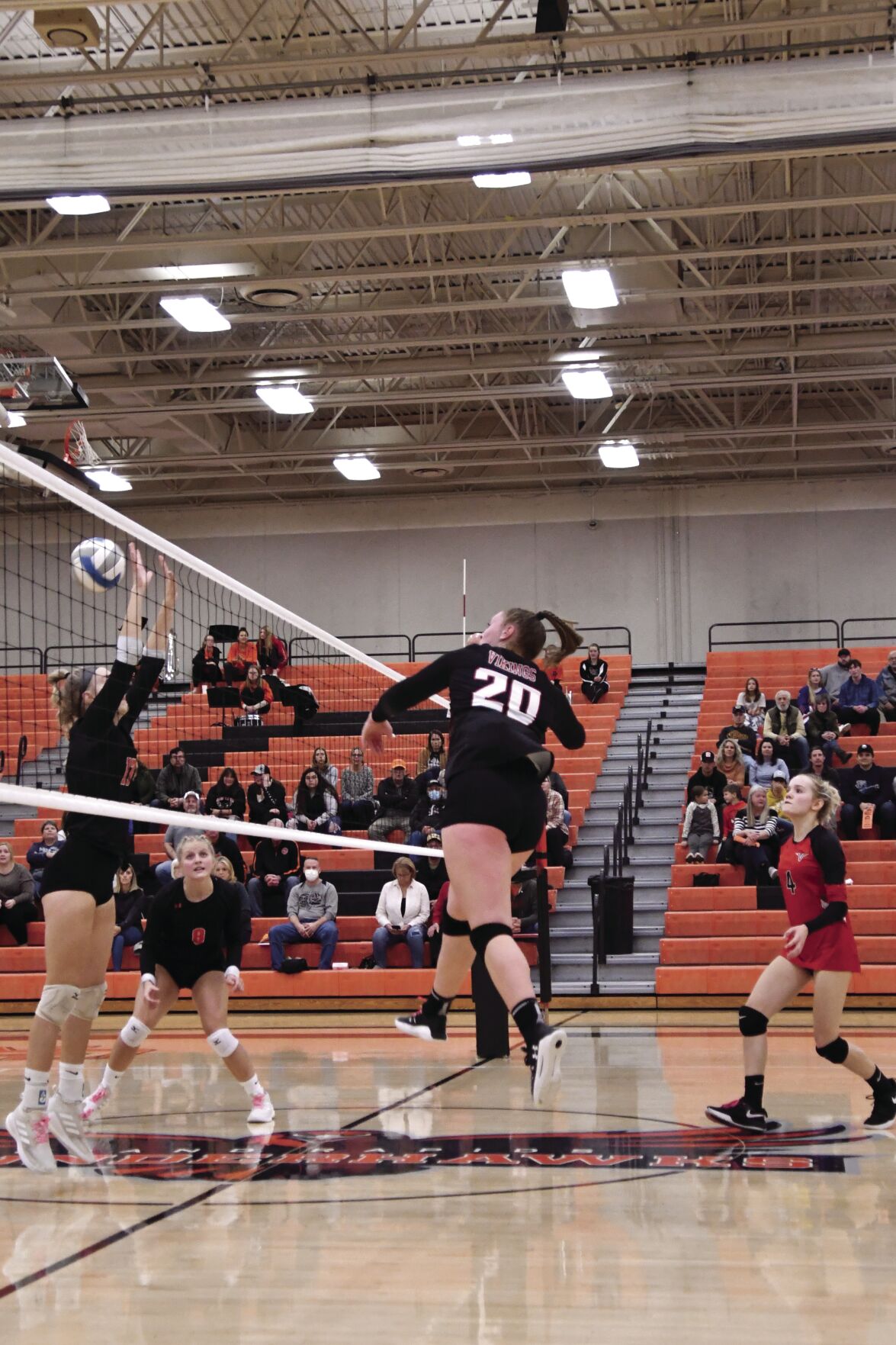 Cambridge Christian senior Brooke Simonson was named All-Christian Athletic League for her play this season and also was honored with a berth on the All-CAL tournament team. Submitted photo

Last week was a tough one for area volleyball teams, as all three remaining high school squads saw their chance for a berth in the state tournament squashed by losses in the sections.

North Branch, the No. 4 seed in the Class 3A Section 7 tournament, met top-seeded Grand Rapids in a semifinal match on Wednesday, Nov. 3. In that contest the Vikings saw their season come to a close with a 25-21, 25-18, 22-25, 25-21 loss to the eventual section champs, who swept three sets from Cloquet in the championship.

While North Branch was seeded fourth by QRF, the team’s ranking was extremely close to Grand Rapids. And Vikings coach Mike Selbitschka said having to play a midweek contest on the road may have tipped the scales to the favor of the Thunderhawks.

“I had other coaches tell me we shouldn’t have been the fourth seed, but we still had to take care of business,” he said. “It’s a long travel day, and you’re playing a good team on their home court. But you have to beat everyone.

“I thought we did a great job of getting the balls to our middles, but Grand Rapids did a fantastic job on defense of digging up a lot of balls. And we just weren’t effective enough on offense from the outside; when your middles hit well but you’re struggling outside, you can’t win games that way.”

North Branch will lose seven seniors from its 11-player varsity roster, but Selbitschka said he looks forward to the coming season.

“It’s tough to lose seniors, and we thank our seniors for everything they have done for the program,” he said. “But we’re not looking to rebuild next year; we’re looking to reload. We have good players returning, and we have a great group of younger players – and a deep and talented freshman group. We’re looking forward to next season.”

Rush City, the No. 2 seed in the South Section 1 portion of the Class 2A Section 7 bracket, saw its season end with a 25-18, 25-15, 25-23 semifinal loss to eventual section champ Greenway in a match played at Hermantown on Wednesday, Nov. 3.

Senior Alexis Ertz and sophomores Lydia Bengtson and Mikayla Ertz each had six kills in that match, while sophomore Cora Sayotovich finished with 16 assists and 15 digs, one fewer dig than freshman libero McKenna Garr.

“We played some great volleyball down the stretch, but we just couldn’t put it together in our match against Greenway,” coach Eric Telander said. “They are a good team – they won the section – but it was unfortunate that they didn’t get to see the best of Rush City volleyball that particular evening.”

The Tigers will lose just two seniors from this year’s roster in Alexis Ertz and Emma Kirby, but Telander said those two seniors will be hard to replace.

“Our program is losing two huge contributors,” he said. “Alexis Ertz’s strong play at the net will be difficult to fill, and she was also one of our more consistent servers. Emma Kirby was rock-solid for us, both in the front row and back row playing defense, and her attack from the left side was dependable and explosive.

“Both of these girls obviously led on the court, but they were looked upon by the underclassman off the court, too. Their leadership style really worked with this group of players. I am sure our future leaders will take a lesson or two out of their playbook.”

Braham punched its way into the semifinals of the Class A Section 5 tournament before seeing its season end with a loss.

The Bombers, the top seed in Pod D of the section tournament, posted a three-set sweep of Hill City, the No. 2 seed in Pod C, in a quarterfinal match at Aitkin on Monday, Nov. 1. Junior Ashlynn Giffrow led the way with 14 kills in that match, while senior Julia Kuhnke added 10.

With that win, Braham advanced to the semifinals and faced Pine River-Backus at Crosby-Ironton on Thursday, Nov. 4. In that contest the Bombers were swept in three sets despite 14 kills and nine digs by Giffrow as well as eight from Kuhnke and 18 assists to go with nine digs and a pair of service aces by sophomore Arin Zimpel.

“The tournament run was fun,” coach Tammi Johnson said. “The girls worked hard. We would have loved to reach the section final game, but our girls did all they could and left it all on the court.

“There were times we struggled with flow and consistency, but Pine River-Backus is a talented team that often got us out of system.”

The loss did nothing to diminish this past season in Johnson’s eyes.

“I would say this season went better than I had expected because we had quite a few players who had not played a varsity match, and often that inexperience is tough to overcome,” she said. “But these girls dug their heels in and gave it their all; they found good chemistry.”

The Bombers will lose five seniors from their varsity roster, and Johnson said their leadership will be hard to replace.

“Seniors are often the glue of a team,” Johnson said. “They are the leaders, and the go-to’s for motivation and spark on the court. We will miss having these girls on the court with us next season.

“But I’m already looking forward to next season, because we will come in with more experience. We have some spots to fill, but we will be able to hit the ground running.”

The Cambridge Christian volleyball team finished in fifth place in the Christian Athletic League tournament played at Willmar on Friday and Saturday, Oct. 29-30.

“That was a close match that you have to give credit to Rochester for winning,” coach Rachel Newton said. “We really struggled with our defense and serving in the third set, but I give credit to our girls for fighting back in the fourth set.”

“The match with Immanuel was tough, especially when they really came out swinging in the fourth set,” Newton said. “But we demonstrated our experience; our older players helped us recenter as a team and really believe we could win.

“And the match against Foreston was really a good ending to our season. We ended the season on a strong note.”

The three seniors on the team all were honored by the Christian Athletic League. Brooke Simonson, who had 22 kills and a whopping 25 service aces in three matches, was named to the All-CAL team as well as the all-tournament squad; Clara Morlock also received All-CAL honors; and Kaitlyn Bonkoski, who had 19 kills and 12 aces in the tournament, received All-CAL honorable mention.

“Our three seniors are phenomenal leaders, both on and off the court,” Newton said. “They are very amazing women of super-high character. The younger girls on our team look up to those seniors – and with good reason.”

Cambridge-Isanti will compete in the Class 2A Section 7 meet at Northdale Middle School on Friday and Saturday, Nov. 11-13.

The section prelims begin at 6 p.m. on Thursday, Nov. 11, and continue the following evening at the same time. The section finals will be on Saturday, Nov. 13, beginning at 2 p.m.