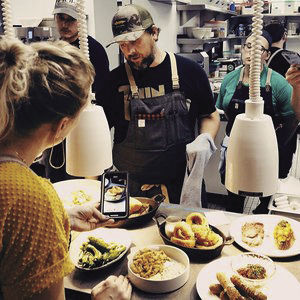 Erick Harcey takes great pride in the presentation of his dishes. 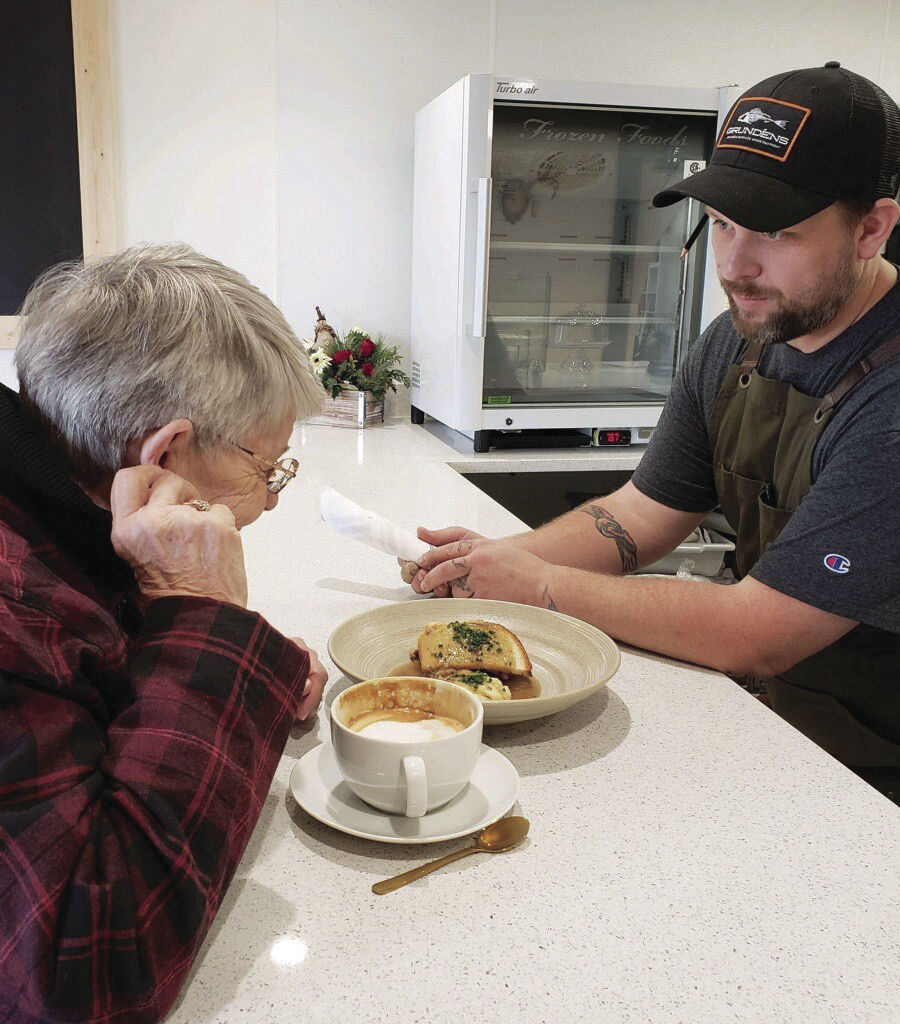 Erick Harcey visits with a customer. 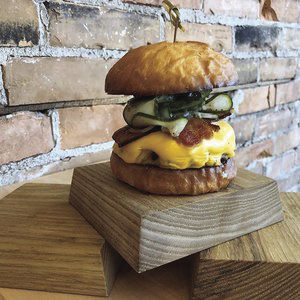 Erick Harcey is known for the “Perfect Burger,” available as a single or double at Willards. 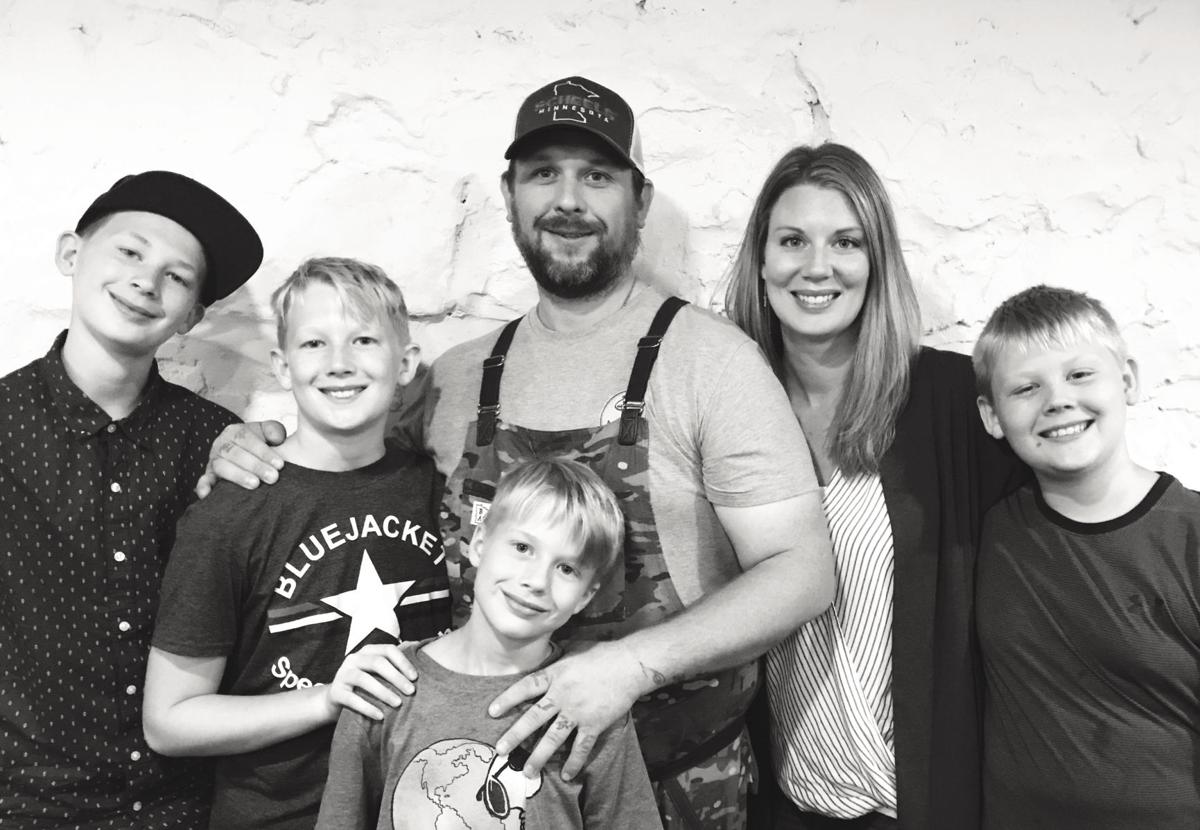 Erick and Sondra Harcey, of Cambridge, with their four sons.

Erick Harcey takes great pride in the presentation of his dishes.

Erick Harcey visits with a customer.

Erick Harcey is known for the “Perfect Burger,” available as a single or double at Willards.

Erick and Sondra Harcey, of Cambridge, with their four sons.

Harcey, who gained recognition with his two former restaurants in the Twin Cities before opening Willards in Cambridge, will compete on the Food Network Show “Beat Bobby Flay.”

A 1999 graduate of Cambridge-Isanti High School and a 2016 James Beard Foundation nominee for Best Chef in the Midwest, Harcey will be flying to New York the second week in October to compete on “Beat Bobby Flay.” Watch the County News Review for more information on the actual airing date of Harcey’s appearance.

“The producers of ‘Beat Bobby Flay’ had reached out to me before, but the timing never worked,” Harcey said. “But now that I’m back home in Cambridge, I decided that I might as well do it and it’ll help put Cambridge on the map.”

“I think ‘Beat Bobby Flay’ is a pretty legitimate show and it’s real legitimate cooking,” Harcey said. “The show has tight time frames, but it stays true to the food. Bobby Flay is one of the best chefs there is.”

If Harcey has his way, the one ingredient he would want Flay to select for the first round of competition would be eggs. If he makes it to the second round, Harcey’s dish of choice will be Swedish meatballs.

“I have no idea who I will face in the first round, but it seems like the chefs in the first round usually have similar styles of cuisine,” Harcey said. “I think I’m pretty good at cooking, but it’s a different story when you’re on a tight time frame. I want to make sure my food is beautiful. I want to have the most beautiful plate of food the show has ever seen.”

“Eighteen minutes — it’s a hard window of time to start anything from scratch,” Harcey said. “I’ve been practicing and as I watch the timer start counting down, my hands start to shake. When I’ve practiced and finished in 14 minutes, my plate is kind of messy. The biggest thing for me is getting that timing down.”

Harcey, who is married with four sons, said his family has always been supportive of his cooking career.

“My family is all pretty excited,” Harcey said. “My sons are especially competitive and keep telling me I have to keep training and I have to beat the first round chef and beat Bobby Flay. If I make it to the second round and I’m able to make my Swedish meatballs, I’ll beat Bobby Flay. I got that in the bag.”

Prior to the airing of the show, Harcey said the producers will be sending a team to Cambridge to tape publicity shots around Willards and the city.

“This is all really cool and a big deal,” Harcey said. “I’m really proud of my town and I’m proud to have moved back home. I’m looking forward to showing them the city of Cambridge and the different things I enjoy doing, such as hunting and fishing, and spending time with my family.”

Harcey, who became interested in cooking when he was around 8 or 9, studied culinary arts at Le Cordon Bleu.

“I really liked watching cooking shows, especially Jamie Oliver and ‘The Naked Chef.’ I knew I really liked cooking food,” Harcey said. “I also drew inspiration from my grandfather, Willard, who owned the Lighthouse and Kaffe Stuga. After college, I got right into the kitchen and worked long hours and hard shifts. I also had a lot of apprenticeships.”

Harcey appreciates the support he’s gotten since opening Willards in December 2018, located in the Leader department store building on Main Street in Cambridge.

“Everything has been going really great and we’ve gotten a ton of support from the community,” Harcey said. “We know it’s been somewhat of a culture change for the community and it’s a new aspect to have a reservation, but they don’t have to drive an hour to the Cities anymore. We are always looking at ways to change or improve our menu; we are on our ninth menu now. I also have the best staff I’ve ever had, they are so committed and so excited about being downtown.”

Harcey is very encouraged about the future of Willards.