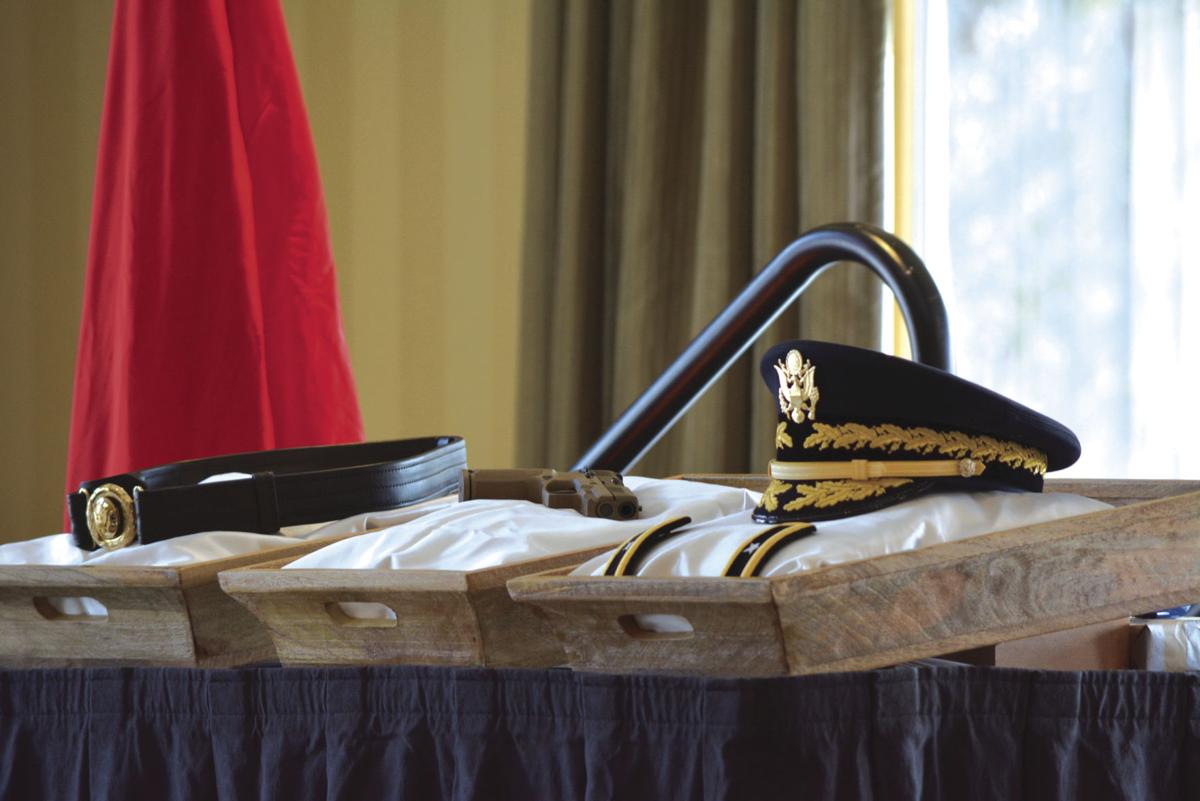 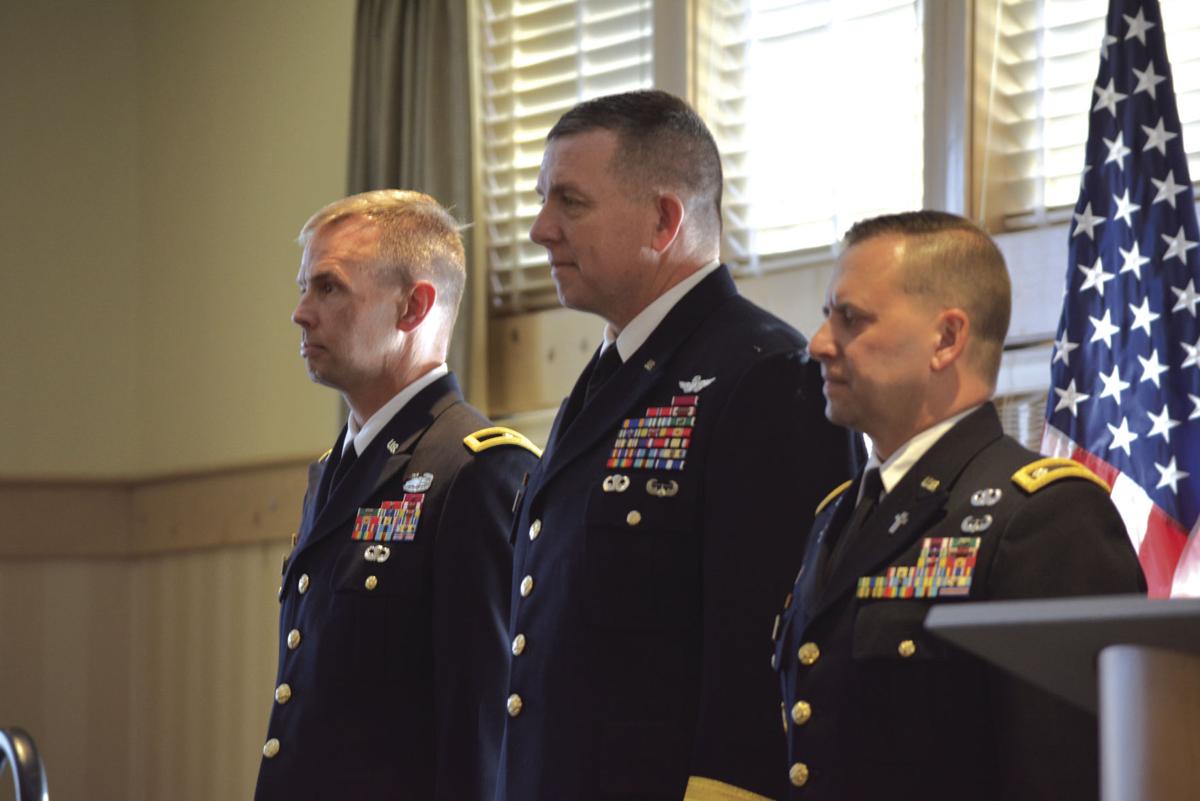 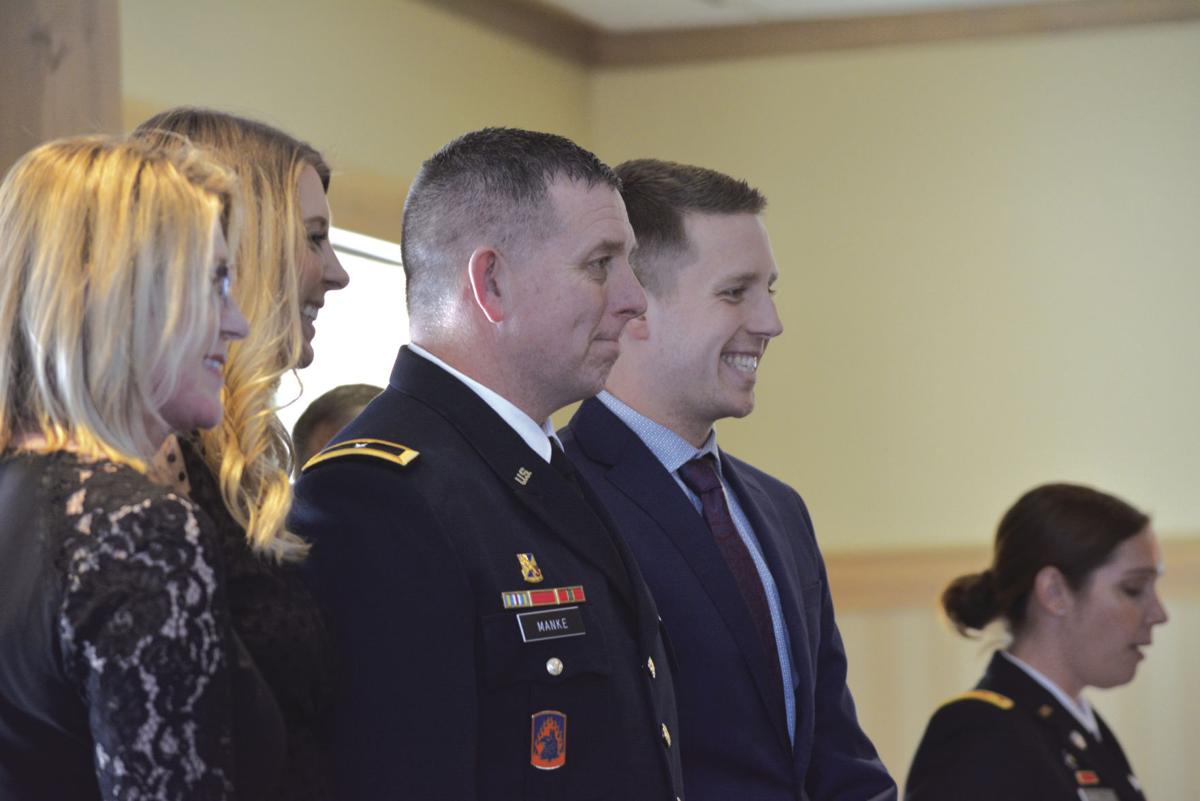 Brig. Gen. Shawn Manke is surrounded by his family during a promotion ceremony Feb. 21 in the Bunker Hills Event Center in Coon Rapids. 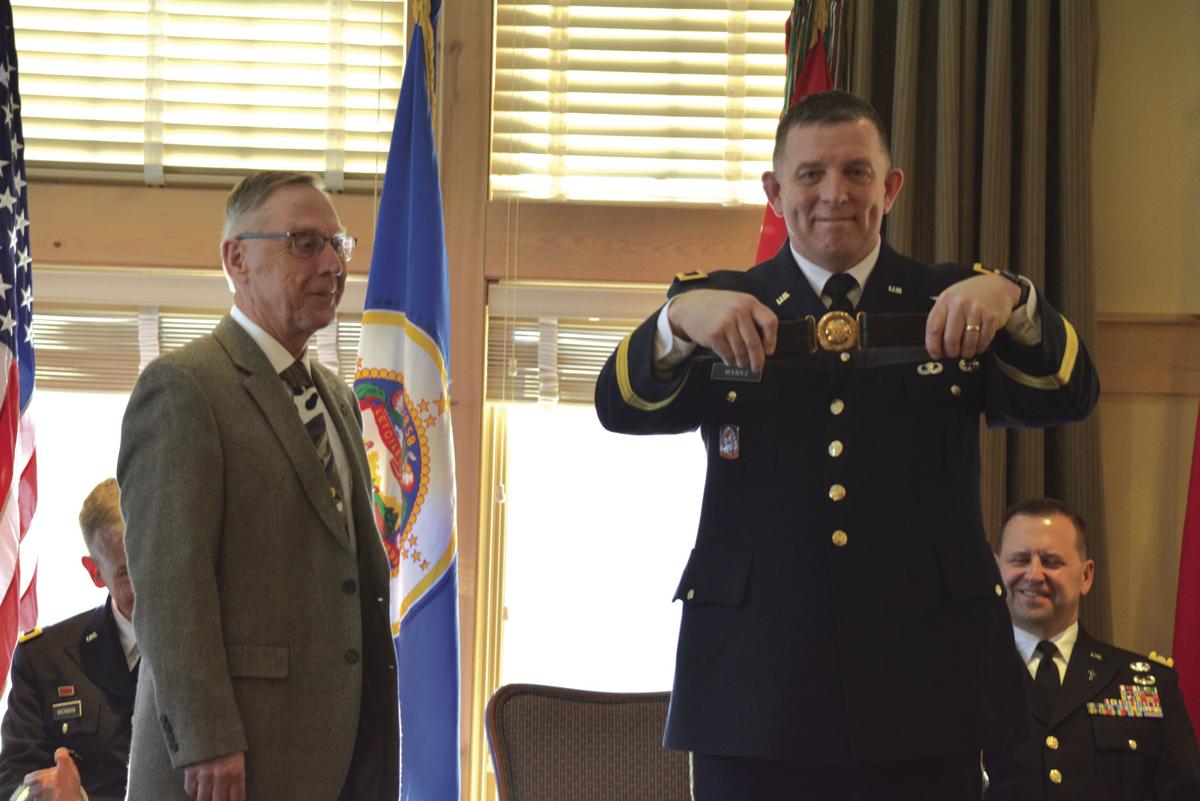 Brig. Gen. Shawn Manke is surrounded by his family during a promotion ceremony Feb. 21 in the Bunker Hills Event Center in Coon Rapids.

Dozens gathered in Coon Rapids to witness the promotion of the newest brigadier general in the Minnesota National Guard.

Brig. Gen. Shawn Manke, of Cambridge, was honored during a promotion ceremony Feb. 21 in the Bunker Hills Event Center.

The 34th Infantry Band played as friends and families greeted Manke before the ceremony. Chaplain Lt. Col. Buddy Winn kicked things off with the invocation.

Following Winn, Brig. Gen. Michael Wickman, the commanding general of the 34th Infantry Division, spoke before Manke’s family pinned his new rank onto his uniform. He was then presented with his general officer flag, belt and pistol.

Manke graduated from the Army ROTC program at the University of North Dakota and was commissioned as a second lieutenant in the aviation branch in May of 1991. He also graduated from the United States Army War College and the Command and General Staff College.

Joining the ROTC program was initially a way to pay for school, Manke said. He thought he would serve his commitment to the military then leave. He landed a job at what was then U.S. West during his break from serving to get back to his family.

Manke and his wife both grew up in close-knit families and thought it was important that their kids grew up around their family, Manke said.

“I left the active Army in 1999, but I missed the camaraderie of soldiers and the bond that service members share, so I joined the Minnesota Guard in 2003,” Manke said.

The promotion now has Manke as the Assistant Division Commander Operations of the 34th Infantry Division.

During his time in the active military Manke was assigned to C 6-159 Aviation Regiment in Giebelstadt, Germany where he served in various roles including assault platoon leader and Eagle Flight detachment commander while deployed in support of Operation Provide Comfort in northern Iraq. He also served in the 4th Aviation Brigade, 4th Infantry Division and Fort Hood, Texas.

Manke grew up and lives in Cambridge with his wife Mary. Their daughter, Kalie, is currently serving in the U.S. Army as an engineer second lieutenant in the 173rd Airborne Regiment stationed in Italy. Their son, Lucas, will be commissioned as an Army second lieutenant this spring.