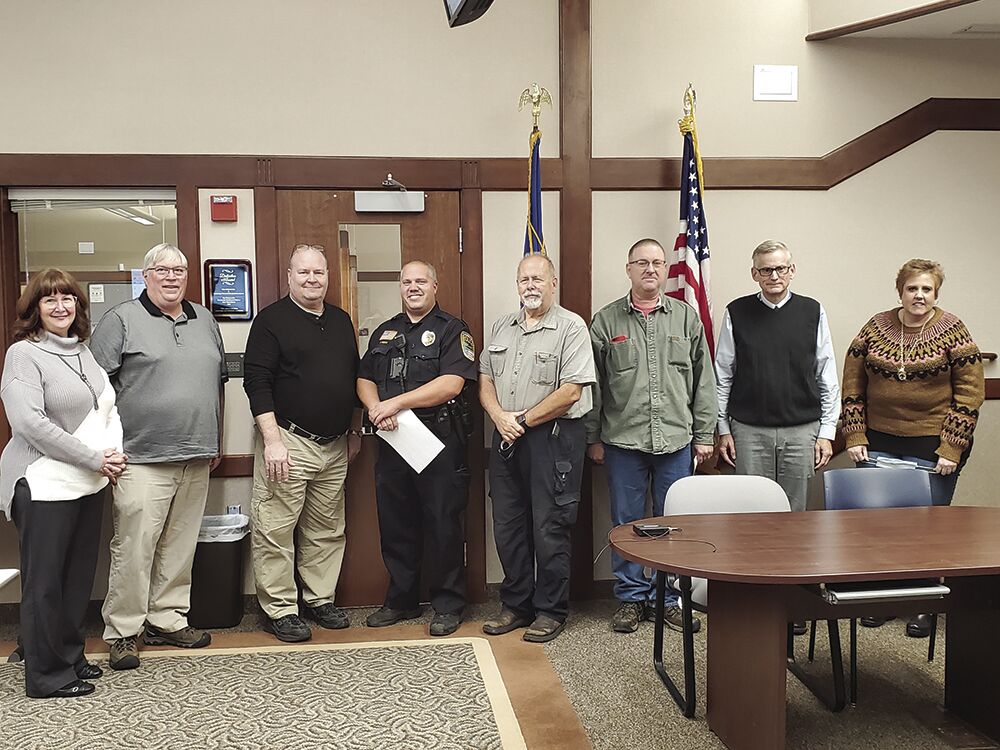 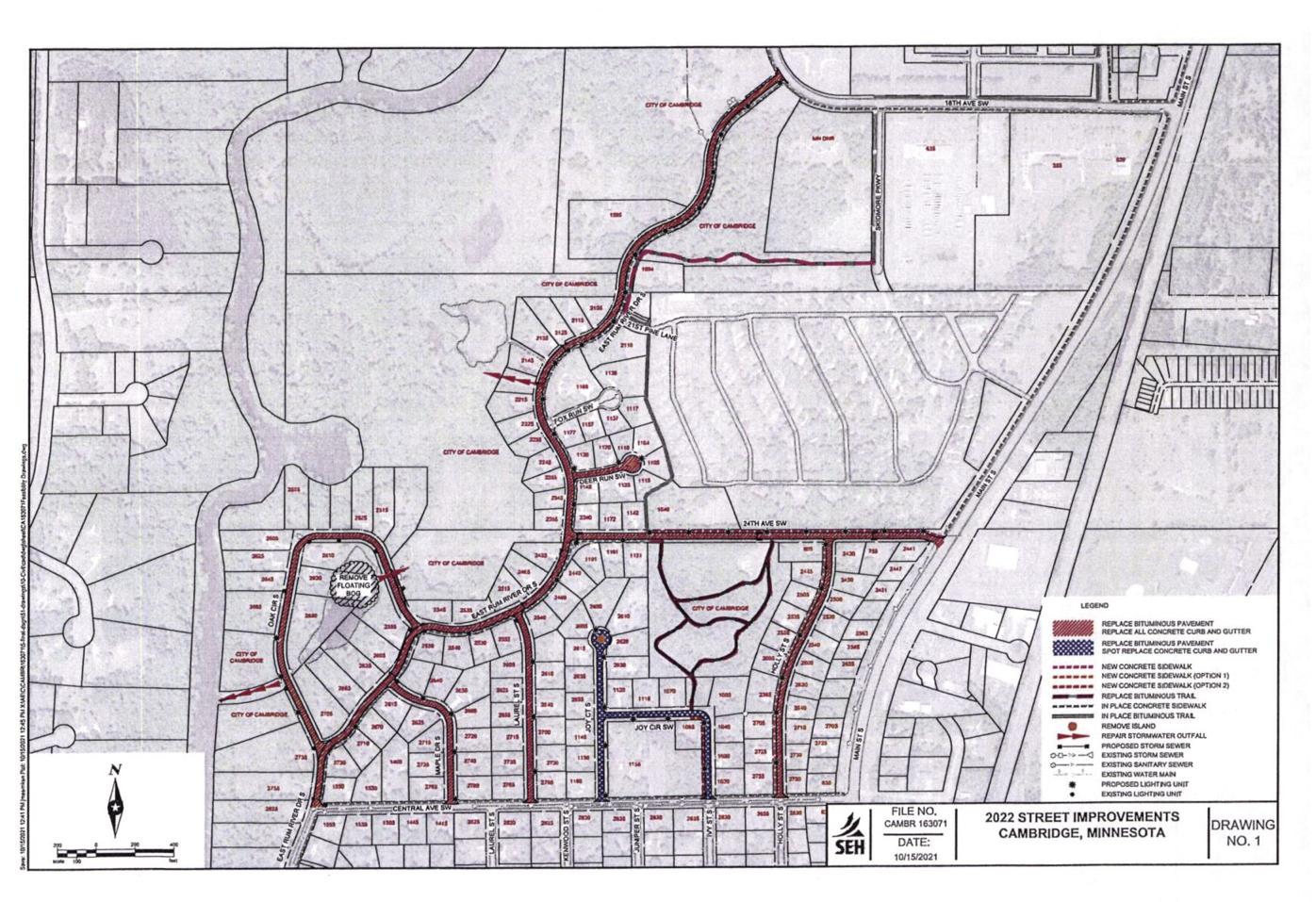 A look at the proposed 2022 street improvements for the city of Cambridge, with most of the work being done along the northern half of the Goldenwood area and along East Rum River Drive.

A look at the proposed 2022 street improvements for the city of Cambridge, with most of the work being done along the northern half of the Goldenwood area and along East Rum River Drive.

The city of Cambridge is looking to do several street improvement projects next year in the northern half of the Goldenwood area and along East Rum River Drive South up to 18th Avenue Southwest.

During the Cambridge City Council meeting Nov. 1, the council accepted the feasibility report for the 2022 street improvements and ordered a public hearing.

City Engineer Todd Blank with SEH explained the 2022 street improvements are included in the city’s Capital Improvement Program, which is updated annually.

If the council keeps moving the project forward, it would award the contract in April with construction beginning in mid-May and ending in October.

Blank explained during the feasibility study, the proposed improvements were further investigated, and costs and funding were estimated in greater detail. The total estimated project cost is $5,350,900. The proposed project funding consists of various city funds (approximately 85%) and special assessments (approximately 15%) to the adjacent properties that benefit from the improvements. The city is expected to pay $4,558,900 toward the project with the cost to be assessed against benefited property owners to be $792,000. Of the $4.6 million the city has to pay, $950,000 will come from state aid funds.

“All of these streets are 32 years old except for Deer Run, which is slightly newer, and have reached the end of their life span,” Zach Schmitz, with SEH, said. “It has been determined most of the curb will need to be replaced as well. So all the pavement, most of the curb will be redone, so there will be a new street out there. ... We’ll add some more storm sewer where it’s needed and maybe some slight repairs on sanitary sewer as needed and maybe some slight water main work if needed as well. There will be no big replacements with this project.”

Schmitz said the trails in Brown Park will be completely replaced as well as the trail that runs from East Rum River Drive to Scidmore Parkway.

Schmitz said the sidewalks on Rum River Drive will stay in place and be fixed as needed. He said additional sidewalk will most likely be added on the north side of 24th Avenue from Main Street to the west entrance of Brown Park.

Schmitz said a sidewalk on Holly Street was planned, but after discussions with homeowners and public works, a sidewalk will now most likely be installed on Joy Circle, from Brown Park down to Central Avenue, instead of on Holly Street.

“So I guess public works and us are on board with that,” Schmitz said. “There’s a large cost difference, somewhere around $90,000 to not have it on Holly Street, and we’d be saving somewhere close to 20 mature oak and maple trees, along with other landscape items and driveway costs by doing it that way. So I guess our official recommendation is to have it on Joy Circle as opposed to Holly Street.”

Blank said an official petition has been given to SEH and also to Cambridge City Administrator Evan Vogel from homeowners against putting in sidewalk on the west side of Holly Street as originally planned. He said out of the 10 homes on the west side of Holly Street, SEH received signatures from seven property owners against the sidewalk, along with a number of other property owners in that same vicinity also against the sidewalk on Holly Street.

The assessments will be due for payment by Oct. 15, 2022, and if not paid by then, they will be certified to Isanti County to be included with property tax payments starting in 2023.

According to the preliminary assessment roll, 132 lots will be assessed as part of the 2022 street improvement project. The majority of the assessments will cost $5,500 per lot. The property owner with the largest assessment is Joy Lutheran Church, located at 1155 Joy Circle, whose proposed assessment is $38,500.

The city purchased the lot from Baas Properties for $159,602 in 2016. The difference between what the city paid and the current purchase price is $15,397.

Following discussion, the council approved the purchase agreement between the city of Cambridge and The Luther Company for the sale of the property.