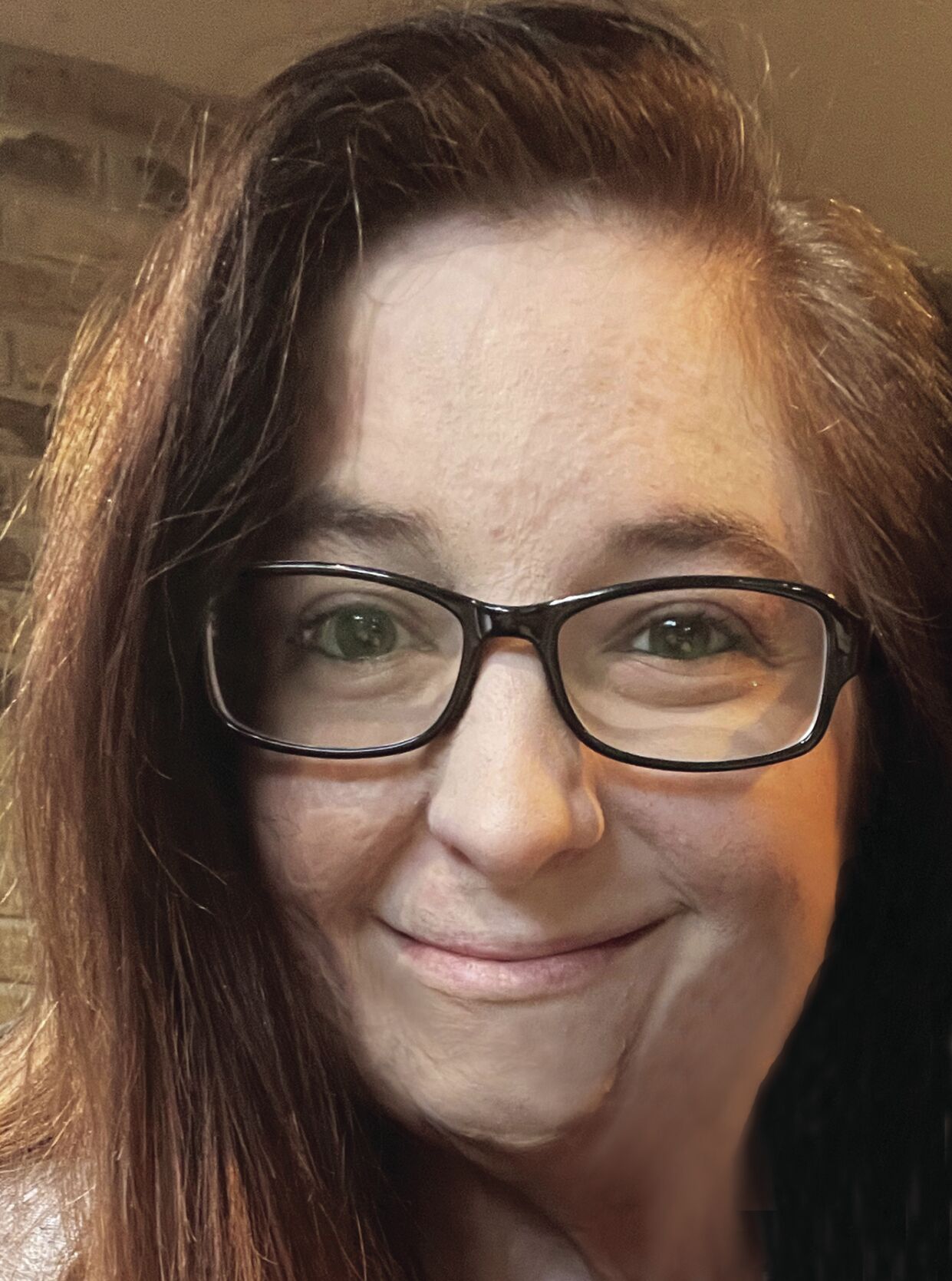 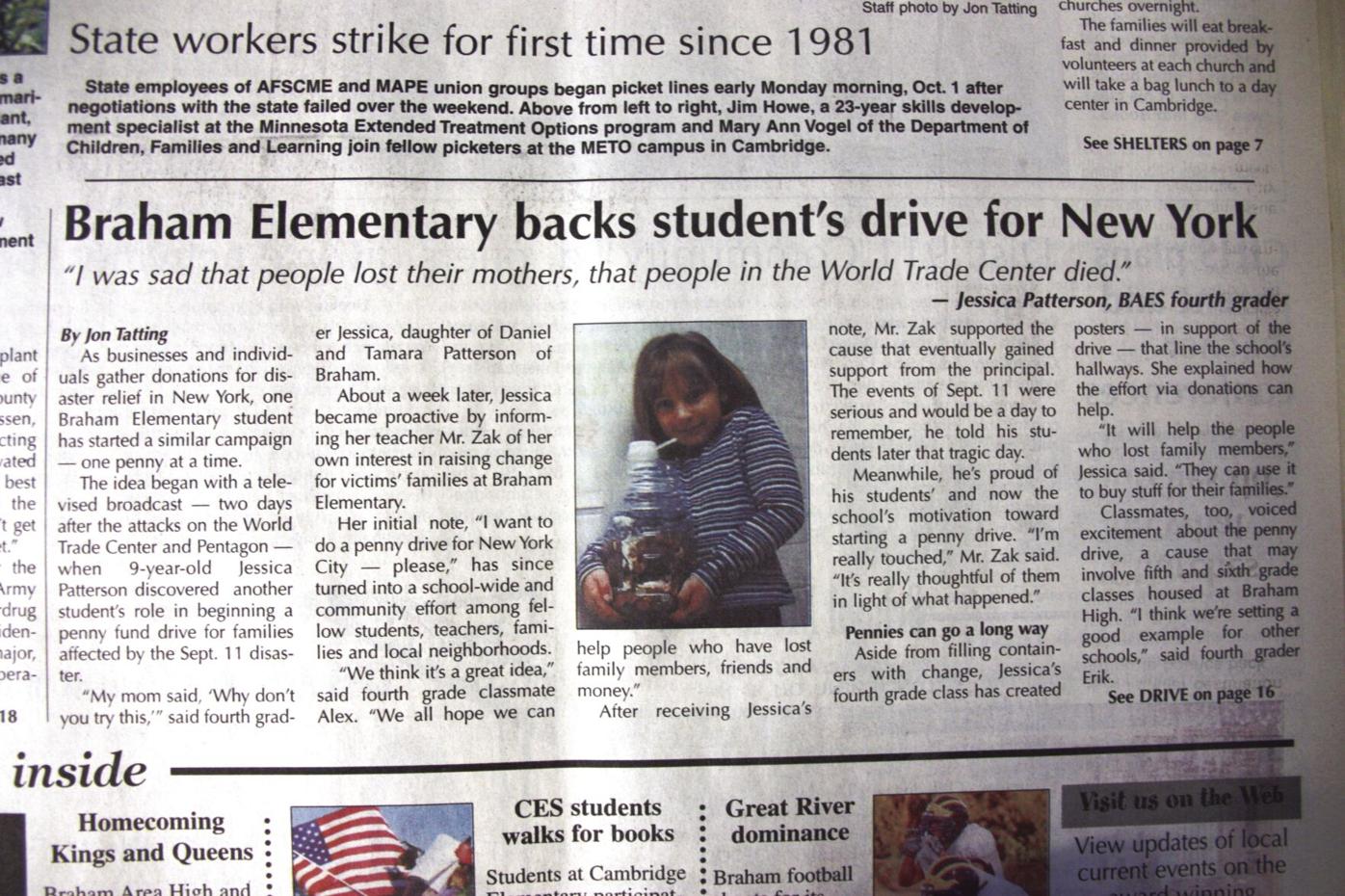 Original story posted in the Isanti County News on Oct. 3, 2001. 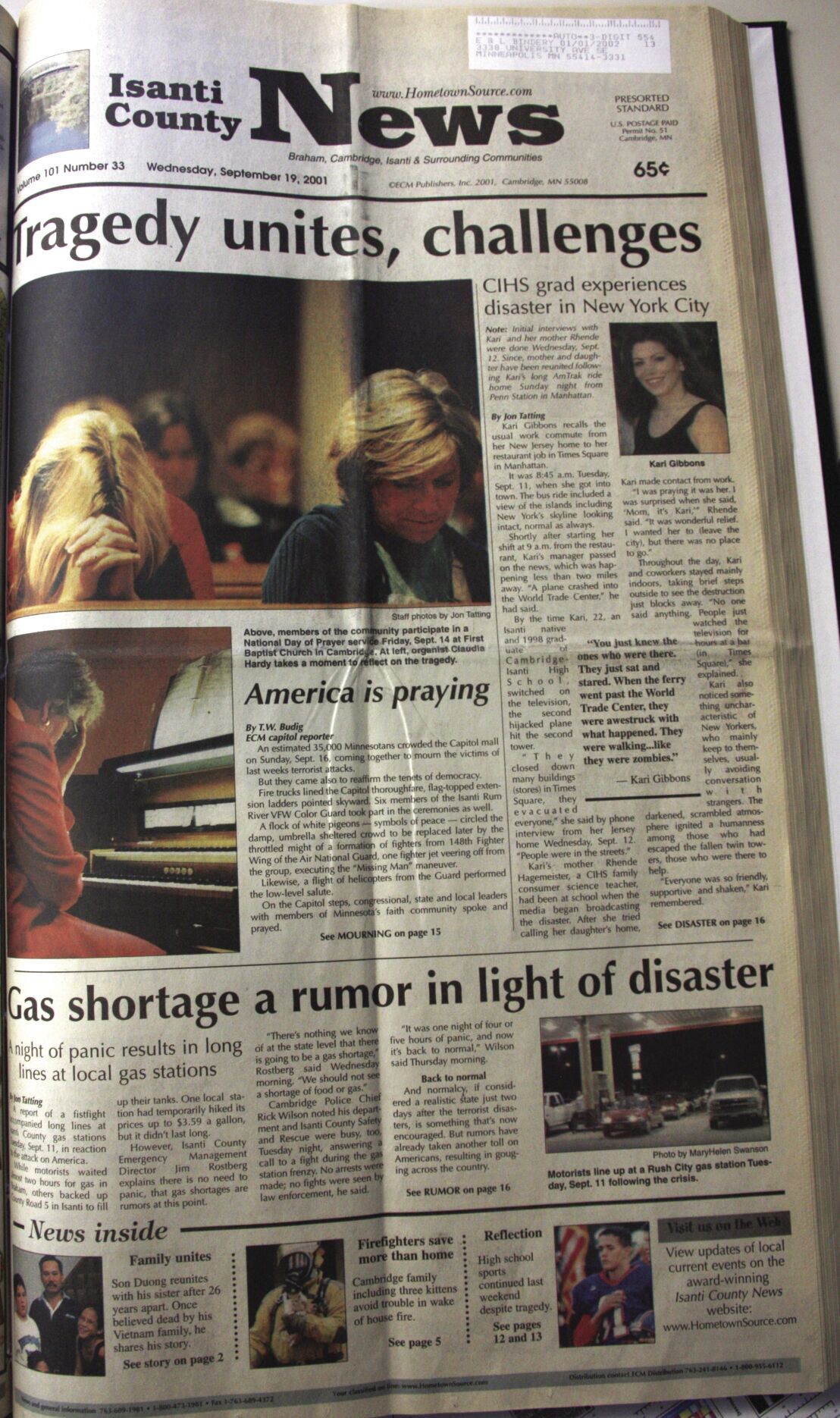 Original story posted in the Isanti County News on Oct. 3, 2001.

Twenty years ago, a front page story in the Isanti County News told readers about a 9-year-old girl who wanted to help families of the fallen from the terrorist attacks on Sept. 11, 2001.

Jessica Patterson, 29, is currently living in Rochester, and was a fourth grader at Braham Area Elementary School in 2001 when she was in class and realized something was off. The County News Review interviewed her last week to get her perspective on the upcoming 20th anniversary of 9/11.

“I just remember all of the teachers going to the TVs in the hallway and they were all just freaking out,” Patterson said.

The news was flooded just after at 8:46 a.m. when Flight 11 crashed into the north tower of the World Trade Center.

“Being 9 at the time, you’re like, what the heck is going on, we don’t know. Then all of the sudden we are being sent home and we were all like, ‘OK, something’s going on,’” Patterson said.

After Patterson gained more knowledge and came to realize what happened, she wanted to do something that would help the families struggling through the tragedy. Patterson had heard about another young girl who hosted a penny drive and wanted to do that as well.

“I remember writing my fourth grade teacher a note basically just stating ‘Hey, I would like to do a penny drive if it’s possible,’ and I left after that to go home for the day,” Patterson said.

She received permission and took on responsibilities to make that happen.

“I just remember being able to do it and then talking over the loud speaker of the elementary school and going from there. It was just a lot for a fourth grader that I didn’t realize,” Patterson said.

Patterson raised $806 that she was able to send to those families in need. Their class wrote many letters and created portraits as well for those families. They were able to make an impact on one special family. The class received a letter from the Garcias who had lost a family member, Julian.

It read: “Dearest Braham Area Elementary School, Mr. Zak and fourth-grade class. Through this hard difficult time of pain, sorrow and mourn. The Garcia family would like to extend their greatest gratitude to all of you who have kept us in their prayers. We greatly appreciate the students that made such a wonderful effort in comfort and consoling Julian and his horrible tribulation. Words can’t express how we feel due to the horrendous tragedies of Sept. 11 but we are not alone and it’s students and staff like you that remind us of this. The touching portraits and letters that were sent to his family by the students have reminded us that this isn’t something that only affected New York City but humankind worldwide and we are so obliged to have so many friends far and near, known and unknown that have made this ordeal just a little bit easier for us to go about what is left of our normal lives. Once again we thank each and every one of you for your love and support. God bless you and keep us in your prayers.”

After two decades, Patterson will never forget that time and what they did to come together as a school.

Not only does Patterson feel proud and successful at what they accomplished but her teacher and principal were as well.

Patterson went on to graduate from Braham High School and still has letters, photos and the newspaper coverage about her school and her penny drive.