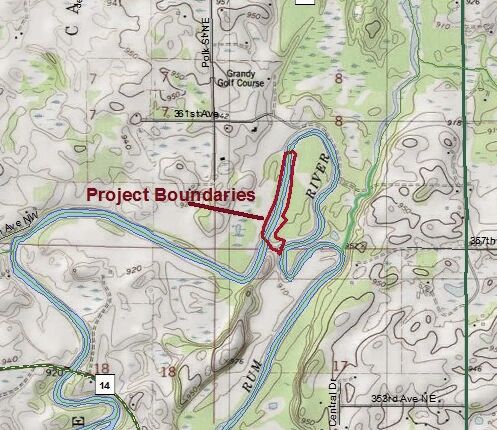 A view of Tiffany Determan’s project boundaries northeast of Cambridge on Rum River. 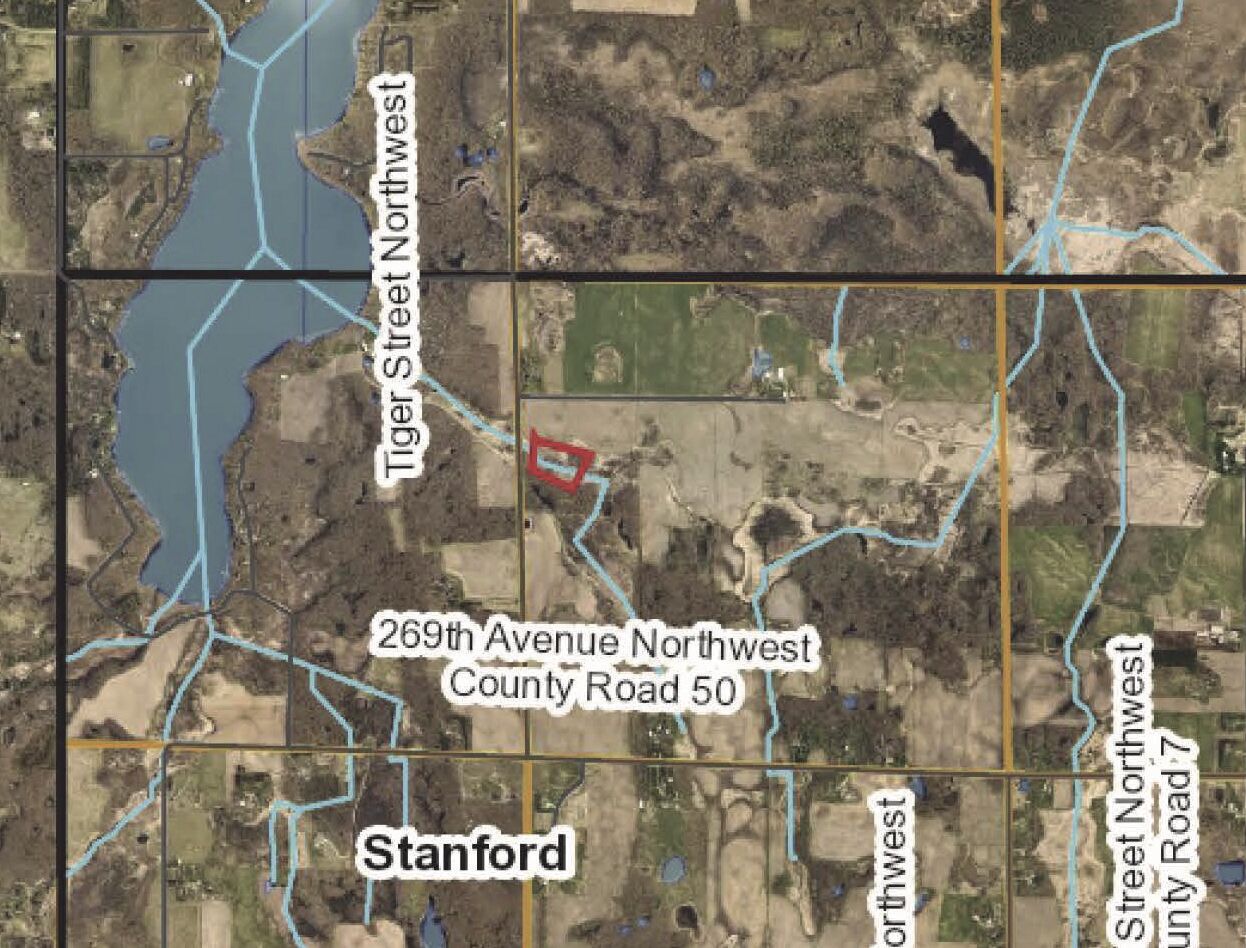 A view of Tiffany Determan’s project boundaries of a private ditch that runs through Blue Lake.

A view of Tiffany Determan’s project boundaries northeast of Cambridge on Rum River.

A view of Tiffany Determan’s project boundaries of a private ditch that runs through Blue Lake.

The Isanti County Board learned about the benefits of two large capital improvement projects on the Rum River and Blue Lake during its meeting on Dec. 16.

There is a history behind why Tiffany Determan, district manager of the Isanti Soil and Water Conservation District, decided to spearhead this project. She explained that 50 years ago, there was a man-made cut in Rum River, which created “larger events (that) blew out in the early 2000s.”

The consequence she’s referring to is erosion both upstream and downstream of the river.

Determan and her team of excavators worked on plugging the “man-made burden” and enabling the flow of the river “back into what I’m going to call the historic channel,” she said. The project started on Nov. 16 until Dec. 10.

“So it’s about (a) one-mile length of historic flow that we’re restoring with this project,” Determan said, “which we don’t care if the Rum River moves around, it should move around. But in cases where it’s a man-made diversion that activates it so much quicker, that it really causes a lot of erosion and environmental problems. That’s the only reason we care about this.”

Determan said that her department hired Minnesota Native Landscapes, which is a full-service ecological restoration company, to help with the project. Determan and her crew have been installing a plug by adding a ton of rocks piled on top of each other, she said.

“It’s about 20 feet in width of rock and a lot of woody vegetation that we put on top,” she said. “And so we’re going to keep adding some this summer.”

People have approached Determan asking why her project isn’t building a higher plug, she said. There’s a scientific explanation.

During a flood, the river reaches what’s known as shear stress, which Determan described as “power when it’s under flood conditions when it hits that floodplain.”

As a result, building a lower plug can allow the release of that power to also prevent future erosion, she said.

“So engineers, they build it at floodplain level, that’s fine if the river goes over it when it’s flooded,” Determan said. “But generally, we want it to be going down that historic channel.”

Benefits to the community

The nearly $400,000 project comes with many benefits, Determan said. With the grant money, Determan’s department has employed people and the Minnesota Native Landscapes to do the work. Still, there are more benefits.

“We purchased a lot of local goods, rocks and erosion control materials to do that work, and we’re protecting property values,” Determan said.

“So I don’t have any hard numbers that say we’re protecting value,” she continued. “But I can only imagine that if you have a lot of erosion on (the) realm of your property that resale wouldn’t be as high as if you’ve got a really nice stable property.”

As for environmental benefits, Determan said that this project will increase flood storage for downstream communities and maintain habitat for fish. By protecting and maintaining the health of the river, people can continue to enjoy recreational activities such as fishing and tubing, she said.

The second restoration and preservation project Determan is working on is called the Tiger Street Basins project, a private ditch that runs through Blue Lake. The project started on Dec. 14 until Dec. 21 and is located at Tiger Street Northwest.

Determan said the project used grant money her department received in 2018 and the project will be economical.

“Blue Lake Improvement District is partnering with us and helping to fund about 20% of it,” Determan said.

The project is also about creating a healthy flow of water through the wetland area, which is currently lacking, she said.

“But when it does flow during rain events, it really pulses out a lot of organic material from the wetlands, and that’s what’s causing the pollution on Blue Lake,” she said.

“Blue Lake is currently a healthy lake, but it is on the border of becoming impaired based on high phosphorus, chlorophyll-a, and low transparency,” Determan said.

The project has involved excavating about 3 feet of the private ditch to make a “settling basin for the sediment,” she said.

However, Determan assured that no water will be held back.

The goal of the project is to reduce about 12,000 pounds of plants and algae that would otherwise pollute the lake every year; and to ensure a clean and healthy lake and protect property tax values, she said.

Also, wildlife has seemed to approve and cooperate with Determan’s project.