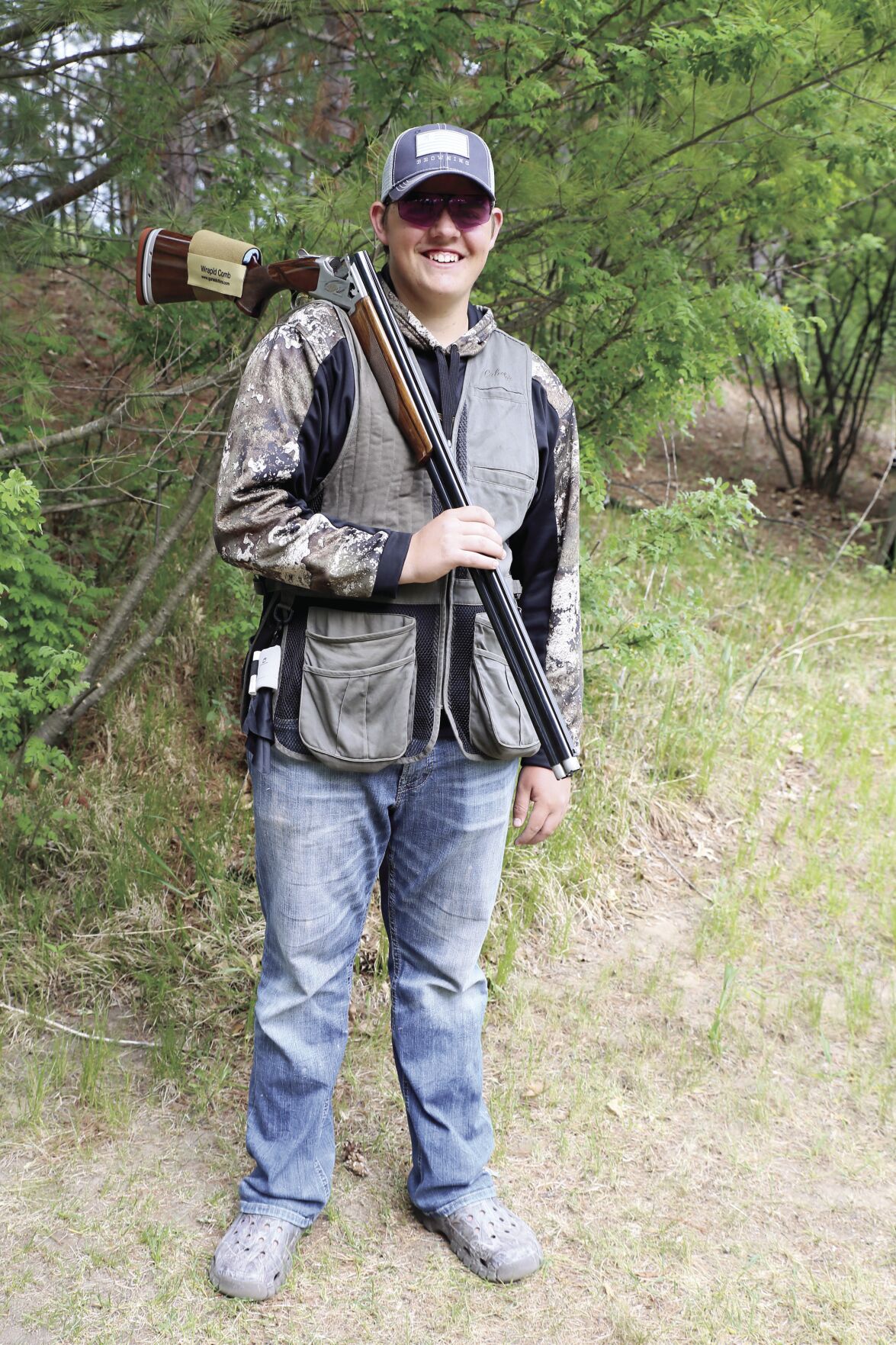 Cambridge-Isanti’s Brandon Wendberg posted an average of 22.7 hits per 25 shots, the team’s top score in league competition. Wendberg was ranked 22nd out of 353 conference shooters this season. Photos submitted 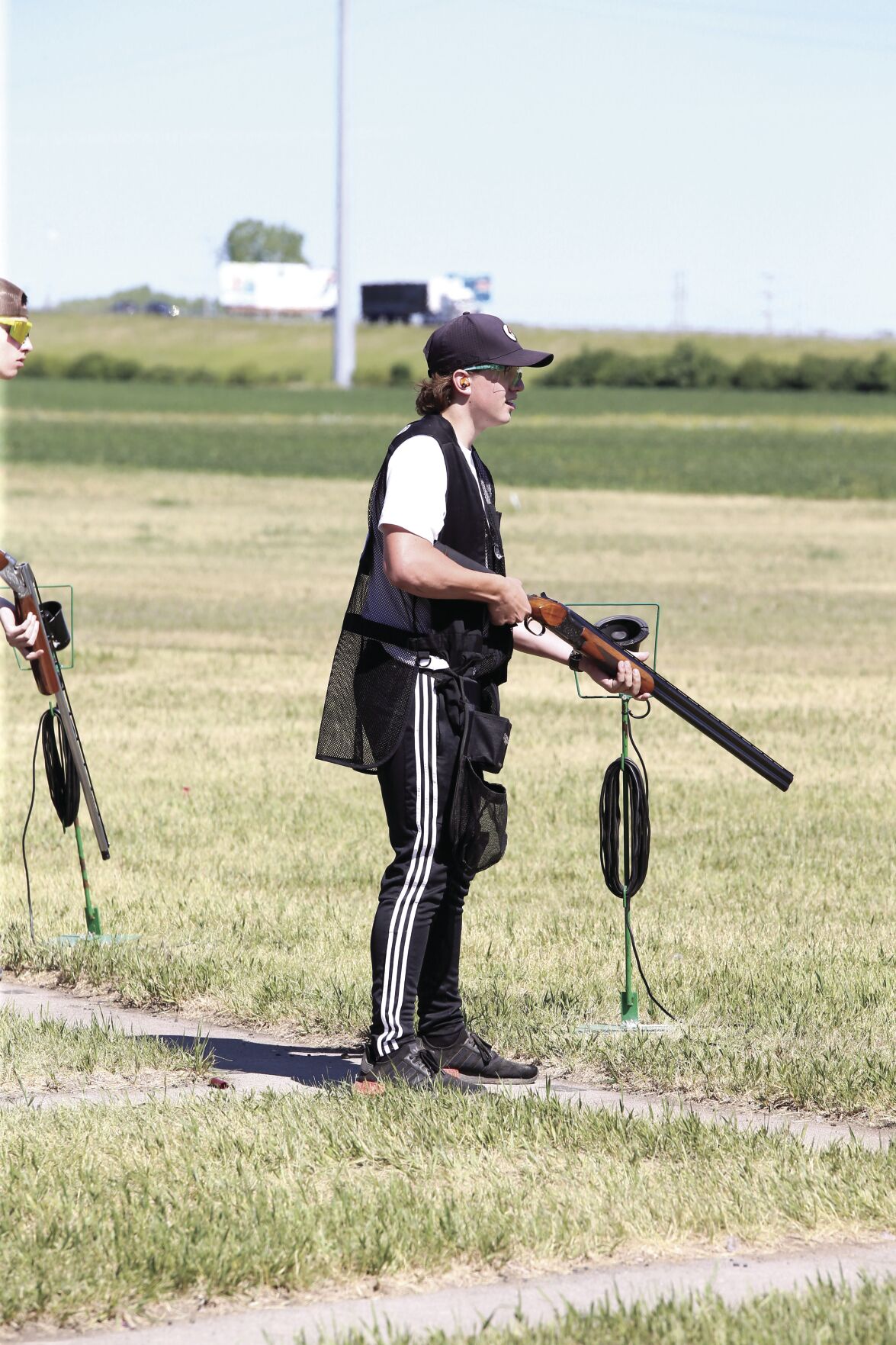 Cambridge-Isanti’s Joe Wilmert posted a score of 93 hits in 100 shots to lead the Bluejackets in the state tournament hosted by Alexandria on Saturday, June 19.

Cambridge-Isanti’s Brandon Wendberg posted an average of 22.7 hits per 25 shots, the team’s top score in league competition. Wendberg was ranked 22nd out of 353 conference shooters this season. Photos submitted

Cambridge-Isanti’s Joe Wilmert posted a score of 93 hits in 100 shots to lead the Bluejackets in the state tournament hosted by Alexandria on Saturday, June 19.

Cambridge-Isanti’s clay target team put together a fine showing in both its conference tournament and in the state trapshoot held in Alexandria in mid-June.

And the youth of this year’s squad points to a bright future for the Bluejackets.

“While we knew we had a solid core of shooters, we also knew we had [lost] some kids that would be tough to replace,” coach Loren Larson said. “We also knew we were a pretty young team in comparison to many of our opponents. We also faced some tough new teams in our conference that we haven’t faced before, and we faced, Blaine, and they tend to be our nemesis both in conference shooting as well as the state tourney.”

Individually, Brandon Wendberg led the way with an average of 22.7 “hits” per round of 25 shots, which was good for 22nd place in the conference out of 353 shooters.

Cliffy Edblad, Austin Gebert and Del Morke all tied for 28th with an average of 22.3 hits, while Nathan Kendall’s average of 22.1 was good for 33rd best in the conference.

Jessie Pearson averaged 18.3 hits per round of 25, the 12th-best average for a girl in the conference, while Kelly Klontz averaged 17.7 to finish 16th amongst the girls.

“I can say we were pleased to come out on top of Blaine in the conference standings,” Larson said. “We didn’t take home any hardware, but I can’t say we were disappointed with third in this conference.

“Because we are a pretty young team, looking at next year is exciting, as I fully expect a bunch of these kids to take steps forward as shooters next year,” he added.

The Bluejackets took 25 of their 47 members to Alexandria on June 19 for the state trapshoot sponsored by the USA Clay Target High School League. The varsity team placed eighth out of 20 teams, and Larson said he and the rest of the coaching staff were pleased by the effort.

“It was tough there, because we were missing some shooters that may have really made a difference in the final outcome,” Larson explained. “We put up a 455 score out of 500, and places four to eight were separated by a mere 6 targets.”

“As it almost always goes, we had some shooters disappointed in their scores, but we also had some performances that exceeded expectations,” Larson said. “We have to keep in mind that we are a rather young team by comparison to some of our prior years. We have a great group of kids that are very coachable, and wanted to improve week to week. I think they will continue to improve in the future.”