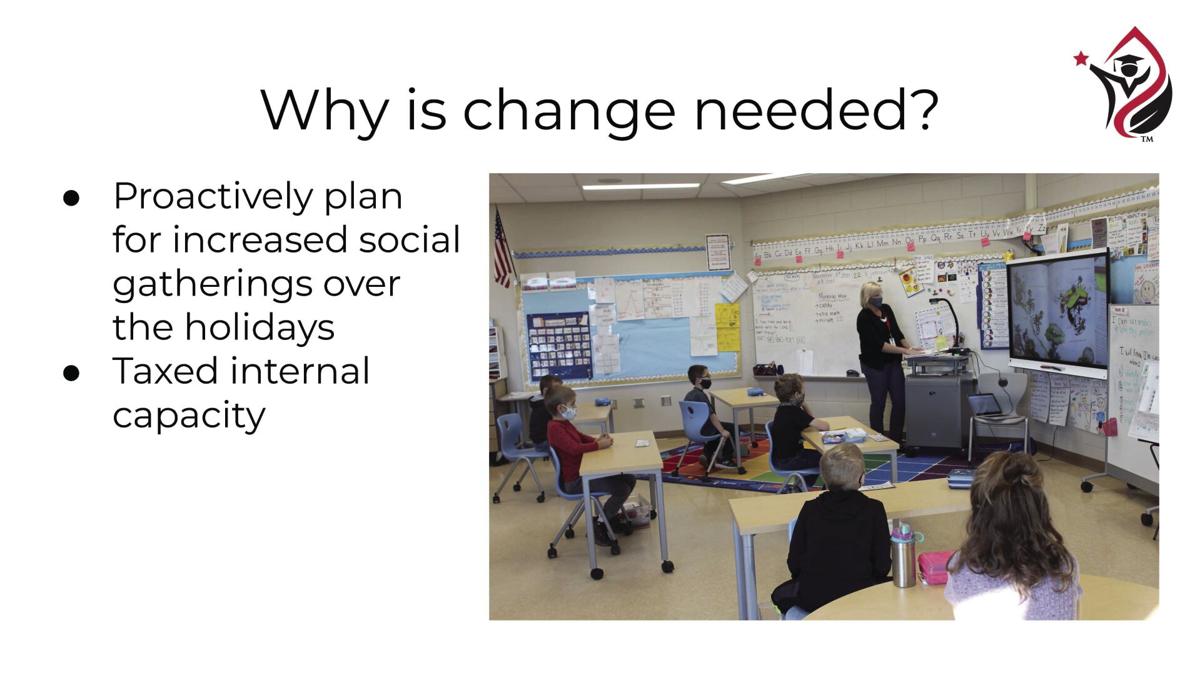 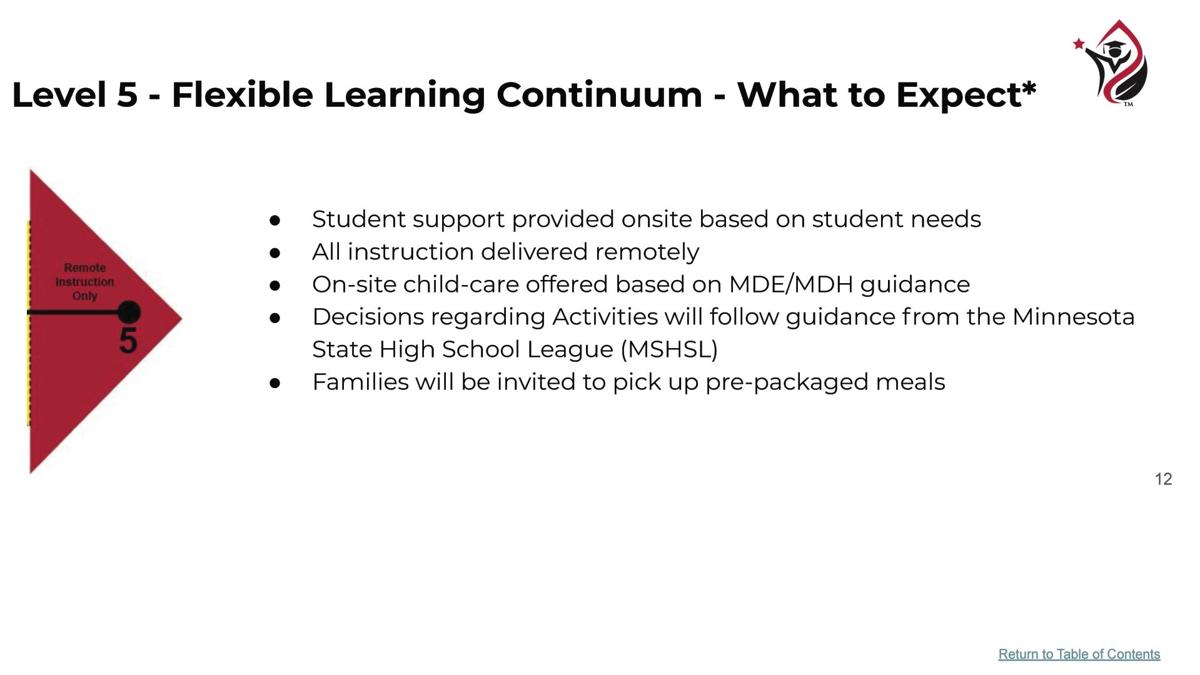 “We really created positive learning environments and we wanted to make sure that that in-person connection really does address the social-emotional needs of our students,” Paul added.

Paul noted the drastic change teachers and students have had to endure this school year, such as wearing masks and practicing social distancing.

“Having strict social distancing, we have that as a core design element across our system,” Paul said. “We have gone to the full extent to make that happen and it is tremendously taxing on our staff and on the people that really put pride into the way that they make connections with our students and having to rethink the smallest decisions in order to create a safe learning environment.”

“We have been reporting in all of our cases, whether the student was in school during the time that they were contagious or whether they were already on quarantine, and we document all of those,” Paul said.

Due to the continued increase number of COVID-19 cases for both Chisago and Isanti counties, Paul said the district has to make another learning shift. The most recent numbers, released on Nov. 12 by the Minnesota Department of Public Health, shows Chisago County has a 14-day case rate of 102.69 per 10,000 people; Isanti County has a case rate of 56.19 per 10,000 people. Both of these case rates (50 or higher) recommends distance learning for all grade levels.

“We live in a community that right now there is community spread that’s happening. We are not showing as many districts, and the state of Minnesota has even said that schools are not the super spreader that they thought they would be,” Paul said. “And so the fact that we have kids in school and are in an environment that’s safe, is just amazing, wonderful.”

Paul said the data she’s receiving from public health officials is that social gatherings are the most common spreaders of COVID-19.

“Social gatherings are the biggest things that are causing community spread. And while it isn’t the schools, we’re still impacted by those numbers. Because not only our students, our staff live in the modern community,” Paul said.

Paul said the health officials are able to put the confirmed COVID-19 case numbers more into context for the district, noting the case rate has increased due to positive cases at the prison in Rush City and at long-term care facilities.

“We have community spread happening, and I in no way want to imply we are not impacted by it, because we are, but we do have to take into account some of the area reasons for those dramatic spikes, and it is not schools,” Paul said “It is not happening because kids are going to school; they are in safe environments at school.”

“When we know that social gatherings are the reason for the majority of the spike in our community, and when we can predictability count on the fact there will be more social gatherings due to the holidays, that is really what is shifting us into looking at remote learning over the phase through the holiday season,” Paul said.

Paul said remote learning, which is a level five learning environment, consists of:

• On-site child care offered based on guidance from the state of Minnesota.

• Decisions regarding activities will follow guidance from the Minnesota State High School League.

• Families will be invited to pick up prepackaged meals, and delivery will be provided to targeted locations throughout the community, similar to what was done during last year’s remote learning.