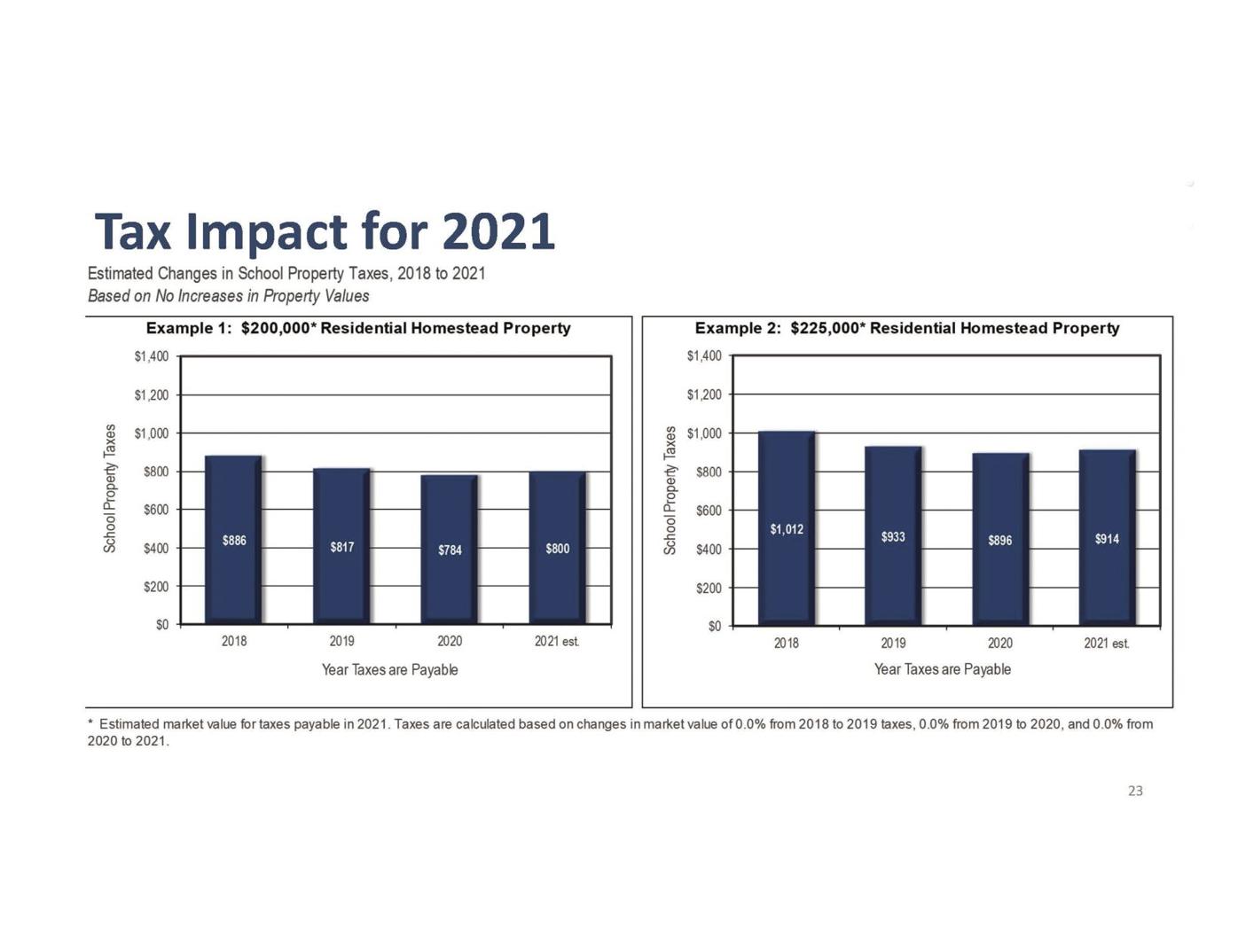 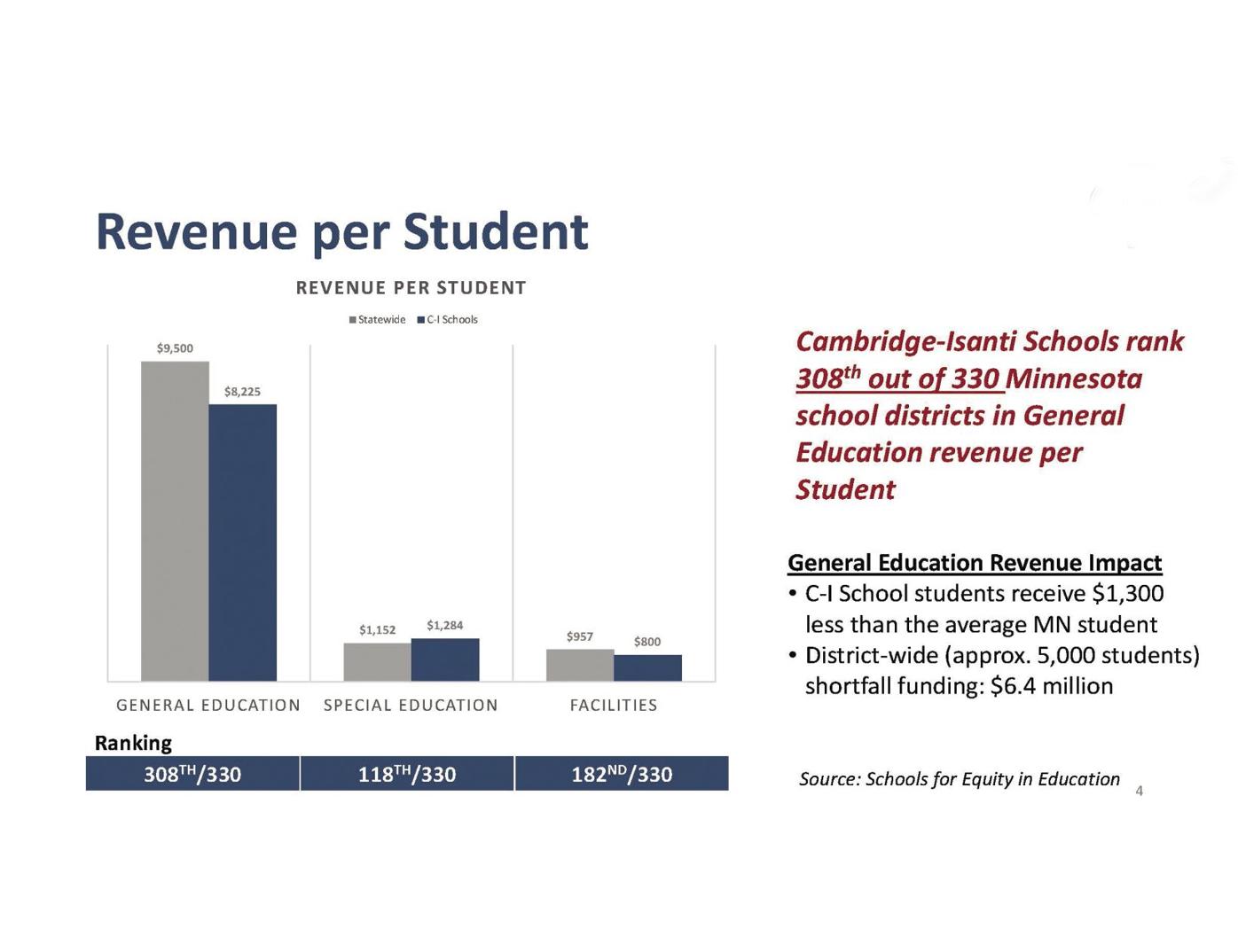 Prior to getting into the 2021 proposed budget and levy for Cambridge-Isanti Schools during the Dec. 7 Truth in Taxation meeting, Director of Finance and Operations Chris Kampa reminded the board and public about the revenue problem the district is facing.

Kampa explained that school finance is different from counties and cities, as the Legislature calculates the revenue for state aid and the local levy. Enrollment is the largest driver of revenue, but other factors include socioeconomic factors, equity disparities and facilities. The funding formulas are set by the state.

“For the first time in many years, we are having a substantial increase of about $1.1 million,” Kampa said. “That is a 10.2% increase over last year. However, the tax impact of that is not as large and that is only 2% on an average household.”

Kampa explained Cambridge-Isanti Schools rank 308th out of 330 school districts in the state in general education revenue per student. He said C-I students receive $1,300 less than the average Minnesota student; districtwide this leads to a shortfall funding of $6.4 million compared to the average school district.

Kampa noted the district receives about 83% of its funding from state aid; 11% from property taxes; and 3% from federal aid.

“We’re more reliant on the state to finance our operations,” Kampa said. “There’s just some challenges with that. We’ve all heard that state revenues have not kept up with inflation, and they haven’t since 2003. And we don’t expect them to in the future, given the budgetary challenges the state is facing. And it just gives us less local control on to where we can allocate our financial resources. We have a broken funding system in the state of Minnesota and it creates a group of ‘have’ and ‘have nots.’ Unfortunately we are in that group of ‘have nots,’ and unfortunately that gap between the schools that do get the financial resources and those that don’t is growing and it’s wider now than it has been in many, many years.”

“We all know that for a large number of families, one of the largest drivers on making a decision where to buy a home is the local school district. So that’s a challenge here,” Kampa said. “We’re in the bottom 10% of the state and we’re at the bottom of our conference when it comes to a revenue per student basis.”

As for an operating cost per student, Cambridge-Isanti spends $11,518 per student. Kampa noted the average in the Mississippi 8 conference is $12,447 per student, $929 more than C-I Schools.

Regarding the shift from state aid to local levy, Kampa said: “That doesn’t mean that the school district is going to get more dollars. It just impacts on where those dollars are coming from, and in this case it’s on our taxpayers.” Kampa noted the district is projecting an enrollment of 5,037 students for the 2021-2022 school year.

Kampa noted the district has had over $7.5 million in budget cuts over the last two years, resulting in over 90 job losses.