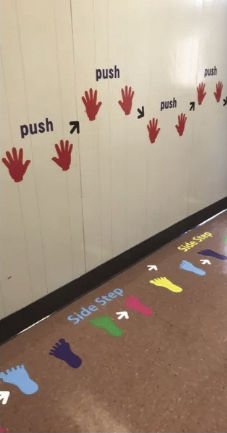 The push and side step sensory path at Cambridge Primary School helps students with their social and emotional learning. 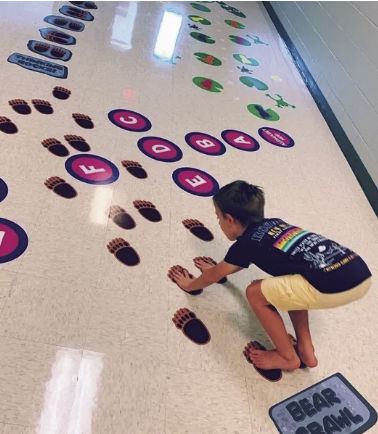 The bear crawl sensory path will be installed at Cambridge Primary School over the holiday break. 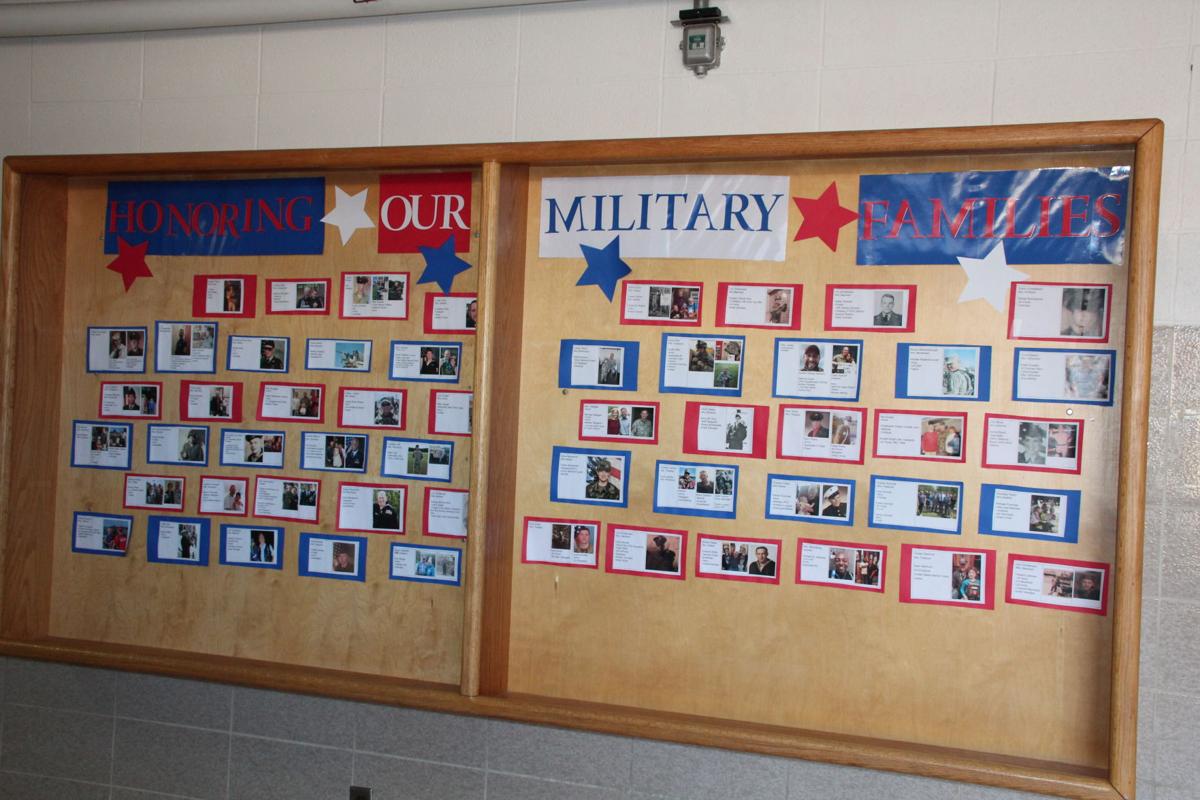 Cambridge Primary School had a display case recognizing their military families in honor of Veterans Day. Photo by Tiffany Kafer

The push and side step sensory path at Cambridge Primary School helps students with their social and emotional learning.

The bear crawl sensory path will be installed at Cambridge Primary School over the holiday break.

Cambridge Primary School had a display case recognizing their military families in honor of Veterans Day. Photo by Tiffany Kafer

The Cambridge-Isanti School District building currently under construction that will house specialty programs has been named.

During the Cambridge-Isanti School Board meeting Nov. 21, the board voted to name the building that will house Riverside Academy, Moving Forward and Setting IV special education as Cambridge-Isanti Woodland Campus. The building is located on County Road 19, just east of Highway 65, just south of Cambridge.

Superintendent Nathan Rudolph explained a group of students from Riverside Academy came up with several possible names for the board to discuss.

“We had a really great discussion with some Riverside students and we were able to sit down and bring back the feedback that the board talked about at its last study session,” Rudolph said. “As you recall, we went through a number of naming options and discussion items at our last study session, and it really came down to the top four bullet points there that were some of the considerations you came up with.”

Student feedback included the importance of uniqueness and commonalities, and sense of support and success.

“They made the comment that they liked it was ‘made for us,’” Rudolph said.

Through the program naming process, Rudolph said the Riverside students felt strongly that they wanted to stay Riverside students. He said they started talking about themes associated with naming the building and liked the idea of a nature theme since the new building is located in an outdoors area near Isanti Brook.

“I think it’s extremely creative. I love the water theme, which is what I was trying to get at when we last discussed this,” said board member Carri Levitski. “Out of the ones they put forward I really like the Woodland because we do have a lot of woods in our area. So Woodland and Fieldview would be my two favorites, and I’m strongly in favor of ‘campus’ as well.”

Rudolph said the word “campus” was important to the students.

“They talked about the independence that the word ‘campus’ seems to bring to them and the fact that they don’t always work within the walls of the school. Riverside and some of our programs go out and about in our community, and ‘campus’ seemed to resonate with them,” Rudolph said.

All the board members were very excited about the involvement the students had with suggesting names for the new building.

“How often do kids really get to name their school,” said board member Gary Hawkins. “It’s so cool they’re able to do something like that and they can pick and choose one that can be really a part of their program.”

Riverside Academy Director John Droubie said the students were honored to have a say in the naming of the new building.

“You (Rudolph) did an awesome job facilitating it,” Droubie said. “They (the students) were empowered and they were great to work with.”

Levitski encouraged this year’s Riverside Academy graduates to come back and attend the district’s grand opening/open house for the new building next year since they had a say in the naming of the building.

Cambridge Primary School Principal Rhonda Malecha and counselor Jodi Acker talked about the different ideas the school has implemented to support the social and emotional needs of their students.

“Meeting the social/emotional needs of students is the cornerstone to academic and personal success,” Malecha said. “We are seeing the greatest need with younger learners in this particular area.”

Acker explained several ways the school is meeting the social and emotional needs of its students are:

• Tools and resources for teachers.

“Anything that they (teachers) need, if they don’t have it, I’ll find it for them,” Acker said.

Acker explained the school uses the Second Step curriculum for its social-emotional learning. She said the curriculum is research-based, teacher-informed and promotes the development, safety and well-being of children. The four units of Second Step includes skills for learning, empathy, emotional management and problem solving.

“The curriculum helps students work through all different things,” Acker said. “The curriculum has videos, songs, and worksheets for mom and dad to provide support at home. It’s a really good program.”

Malecha explained through a grant with the Isanti County Collaborative Agency, the school was able to put in a sensory path in one of its hallways that utilizes a series of moments to decrease behaviors and increase cognition. A second sensory path will be put in over the holiday break.

Board Member Lynn Wedlund said she saw the sensory path currently in the school and described it as beautiful and colorful, and said it’s exciting to see the kids having another option for something to do during the school day.

Acker explained another part of the curriculum is mindfulness that:

“Every lesson I do is about trying to teach the kids to slow down,” Acker said. “We do a lot of deep belly breathing to help teach the students to regulate themselves; your brain works better and you make better decisions.”