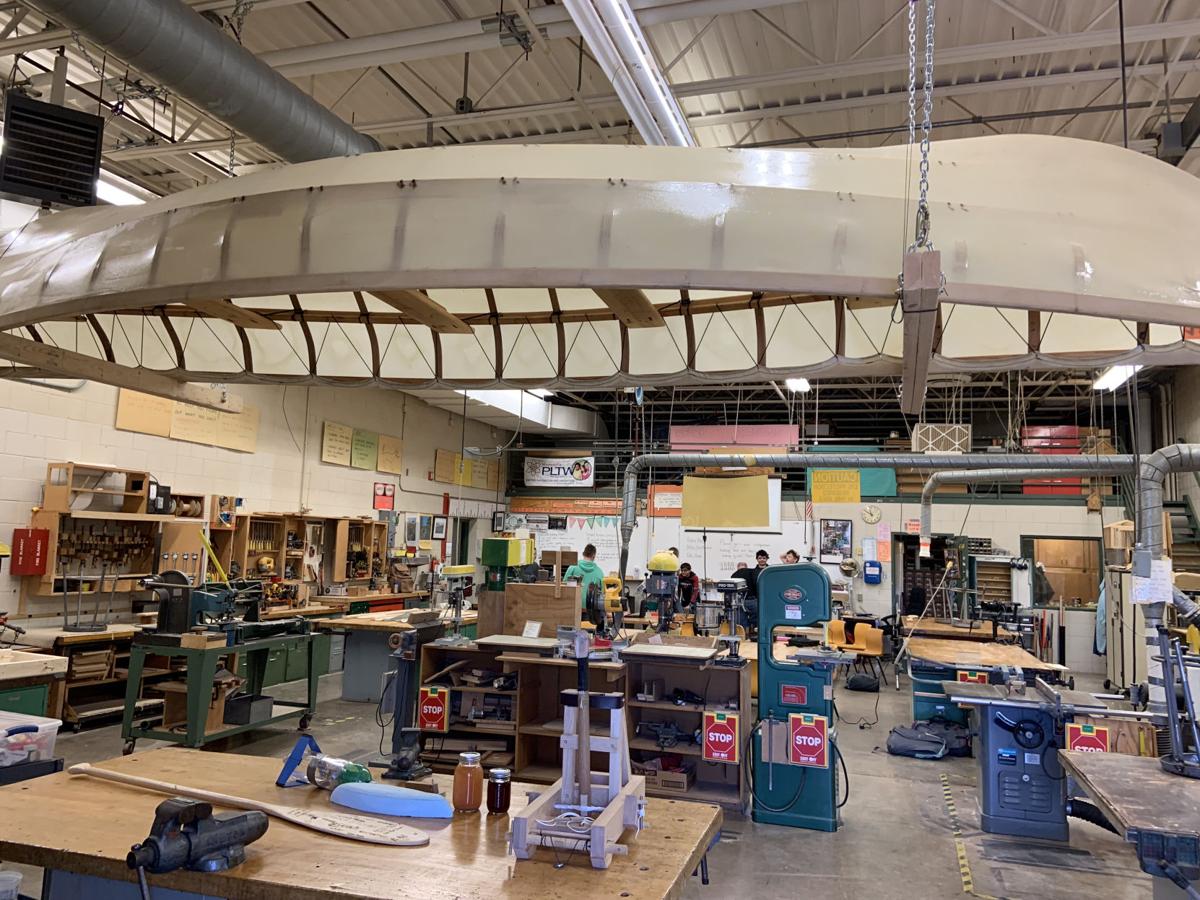 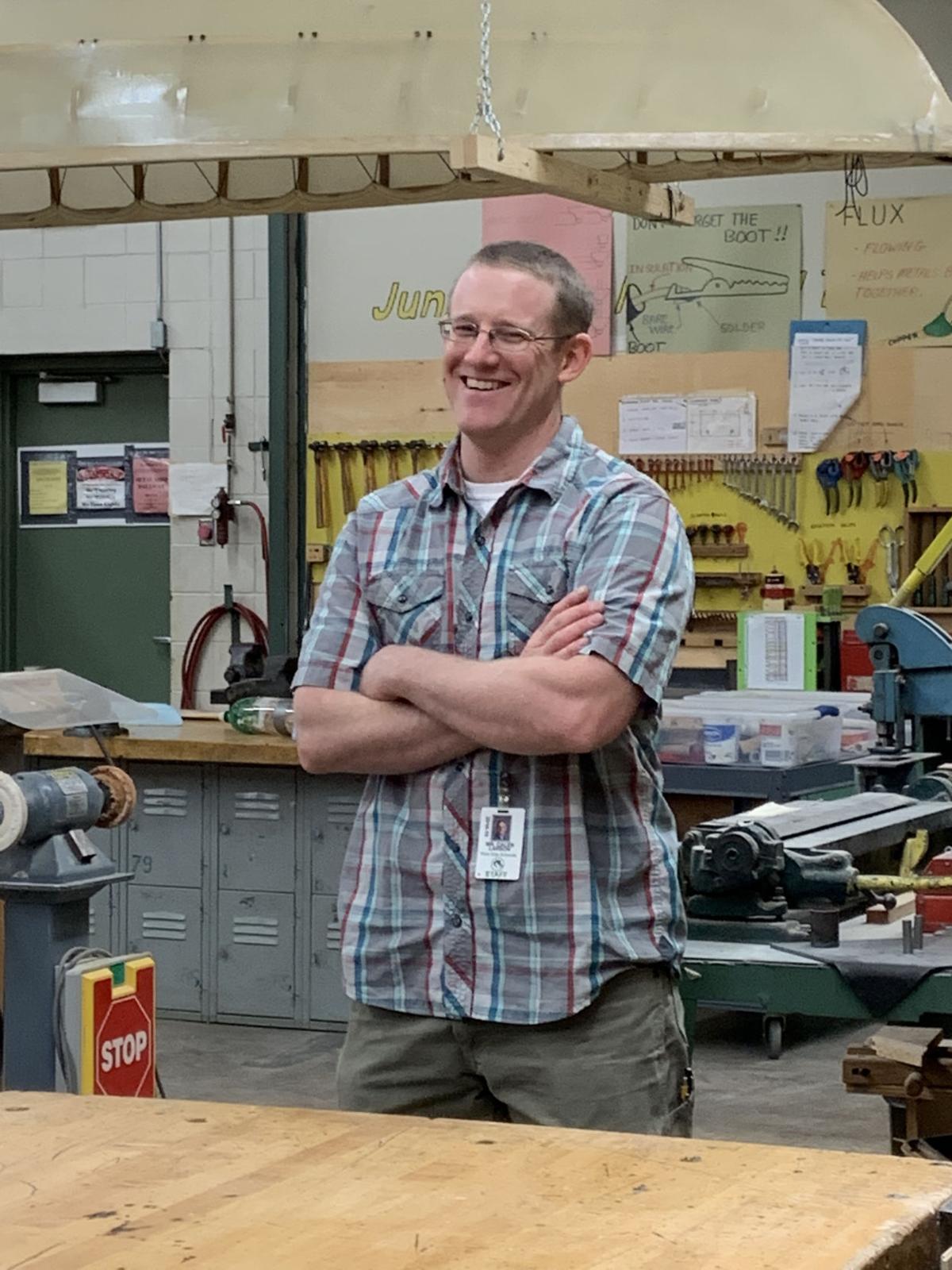 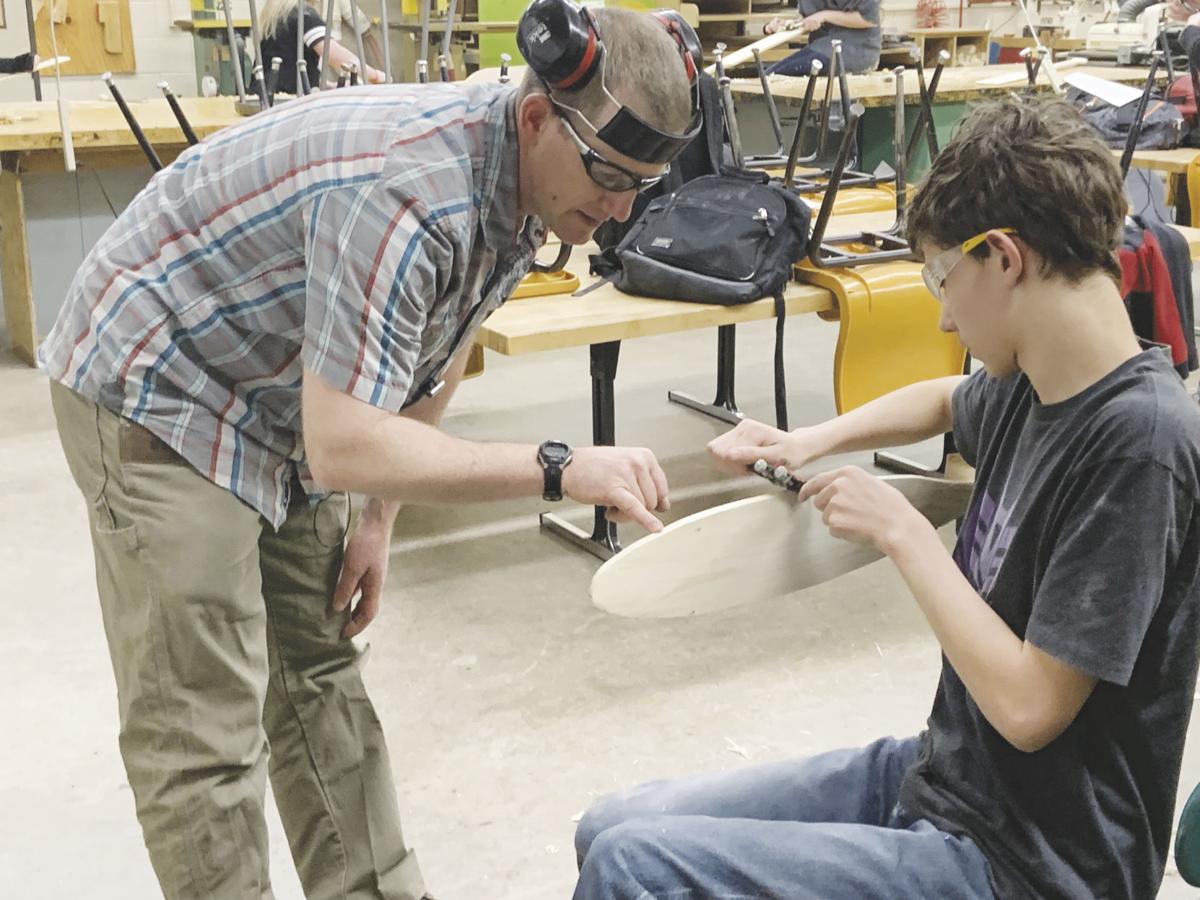 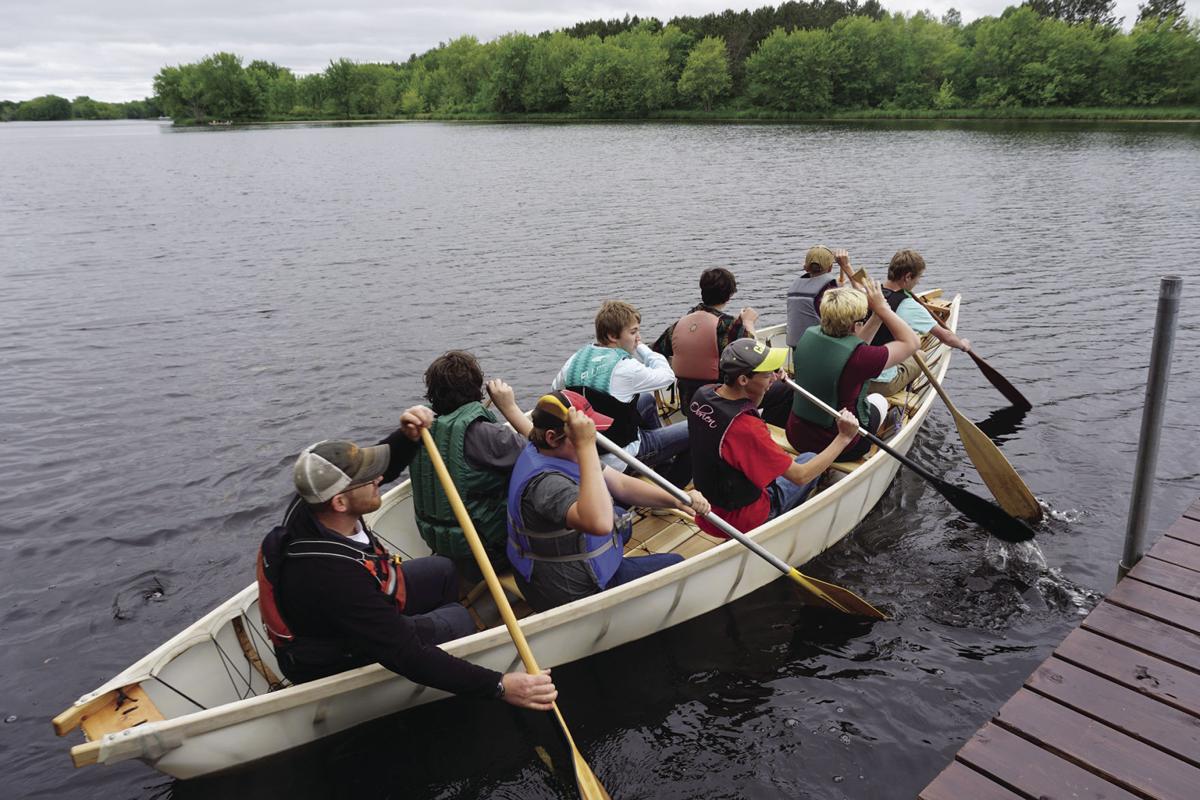 Pine City High School teacher and 2020 Minnesota Teacher of the Year finalist Ryan (Caleb) Larson, along with his students in their handmade umiak.

Pine City High School teacher and 2020 Minnesota Teacher of the Year finalist Ryan (Caleb) Larson, along with his students in their handmade umiak.

For Cambridge-Isanti graduate turned teacher at Pine City High School, the turning point in deciding his path in education came during his high school experience and because of the influence of multiple teachers throughout his education.

Now Ryan (Caleb) Larson is one of 10 finalists for the 2020 Minnesota Teacher of the Year award.

“I graduated from Cambridge-Isanti High School (CIHS) in 1998 and was very grateful for the many solid teachers I had at Isanti Elementary, Isanti Middle and Cambridge-Isanti High School,” Larson said. “I think I started to seriously consider becoming a teacher in my later years in high school. Those influencing this in District No. 911 included Mr. Salo (social studies CIHS), Mr. Boser (woods CIHS), Mr. Delak (drafting/welding CIHS), Mr. Dean (science CIHS), Mrs. Kast (art CIHS), Mrs. Godfrey (English at IMS when I was a student), Mr. Mike Anderson (math IMS), and Mr. Beaupre (science IMS). I realized that I enjoyed helping others learn, and I think becoming a teacher is one way to say thank you to those that have invested in me.”

After graduation, Larson attended Northwestern in St. Paul where he graduated in 2002 with a Bachelor of Arts degree in communication arts/literature education. He later went on to achieve his Master of Arts in Education in 2016 from Northwestern.

Larson’s journey through college led him on a variety of different paths before landing him in Pine City.

“After graduating from Northwestern in 2002, I returned to timber framing at Great Northern Woodworks in Cambridge. Then, in the summer of 2004, I began working as a field instructor at Voyageur Outward Bound School (VOBS) in Ely, Minnesota. I led multi-week canoing and dog sledding expeditions for students that ranged from at-risk youth to corporate clients from General Mills,” Larson said. “I lived and worked at VOBS until 2007 and pursued additional training as a whitewater canoe instructor and swiftwater rescue technician. In 2008, I returned to the Cambridge area to be more available for my parents and their farm. I also returned to timber framing.

“In 2012, I applied for a position at Pine City High School. I was hired to teach 9th and 10th grade study skills and lead the Junior High Alternative Center (JHALC),” Larson added.

After just three years at the school Larson came up with a proposal to shift instruction delivery, and with approval, Dragon Academy was developed.

“In 2015, I proposed switching the JHALC to a project-based learning program. That fall I and three other teachers launched the Dragon Academy. Though the teaching staff has shifted slightly from its start, I have been the lead teacher throughout. I am grateful to work with Mr. Lundgren and Mrs. Dennis — both gifted teachers that provide a lot of support for me and my students,” Larson said.

“Dragon Academy is a two-year project-based learning program for 10 to 15 eighth and ninth grade students. As a school-within-a-school, we help them meet their academic standards in math, science, civics, geography, STEM, and English in an interdisciplinary approach. We meet for two two-hour blocks each day, and our teaching team includes me as the lead teacher, a science teacher that joins for two hours each day, and a math teacher that joins for one hour each day,” Larson added.

Recognizing the difference in learning styles between students, Larson developed the program to provide an alternative learning style for those who could benefit from the option.

“Our goal when we launched was to help catch and connect students that have inquisitive, active minds but tend to struggle in the typical classroom setting. Many of these face significant challenges in their lives inside and outside of school, and, as a result, they are often considered at-risk. We, however, look at them as our students that make up our crew,” Larson said. “Together we tackle a variety of teacher-initiated and student-initiated projects that we blend with times of direct instruction. Two of our more significant projects have included building an umiak and our annual maple syrup project.”

Dedication and patience were needed in both projects, along with flexibility and the willingness to adjust plans for the students.

“The first year of Dragon Academy we built an umiak, a skin-on frame boat based on traditional designs from indigenous Arctic people groups. This was a year-long project that involved a lot of problem-solving, failures, and learning from our failures,” Larson said. “The end result, however, was powerful. When they flipped the finished boat over for the first time and could truly see the result of their effort, their collective sense of awe was something I hope to never forget. As we laminated the stems, soaked and cold bent the long stringers, boiled and bent the ribs, and tied countless lashings, we were immersed in the technology developed by generations of Arctic peoples. The level of engagement our students had in this project made me a firm believer in the power of project-based learning.

“We have seen a similar impact with our annual maple syrup project, which we have steadily expanded each year. We collect sap, record volumes and sugar content daily for each tree, analyze the data we gather, and, of course, boil it down to make syrup. Our students benefit from getting outside as winter begins its early transition to spring, and their understanding of how this food product gets from tree to plate is full and complete.

“My hunch is that they also have a greater appreciation for those in our community that make their living in agriculture — our maple syrup season and yield is always at the mercy of the weather. This has also served to spark some very real conversations with our students about how supply and demand impacts all of our lives,” Larson added.

In October 2019 Larson found out he’d been nominated for the 2020 Minnesota Teacher of the Year award by Dr. Fred Nolan, executive director of the Minnesota Rural Education Association.

“In the fall of 2019, MREA recognized me as one of four Educators of Excellence representing rural educators from across the state,” Larson said. “After I was nominated by Dr. Nolan, I then compiled a rather substantial portfolio in early January for the MN Teacher of the Year program. In February, I was selected as one of 36 semifinalists from the original pool of 134 candidates. In early April, I was notified I was one of 10 finalists.”

In his nomination letter, Nolan addressed Larson’s qualities making him a good candidate.

The nomination came a surprise, but something Larson is grateful for receiving, no matter what the outcome.

Humbling and rewarding is how Larson described his reaction to the nomination.

“I’m grateful to work with the students that I do. My prayer is that God would use this in whatever way he sees fit,” Larson said. “Many of our students face significant challenges, and if my nomination can help them — and other students across the state — receive strong, supportive, and engaging instruction, I will be grateful.”

While the initial recognition banquet was set for May 1-3, due to COVID-19 the time line has been delayed. Final interviews of the candidates are scheduled for June 13.

Continue to watch for updates on Larson’s progress in upcoming editions.