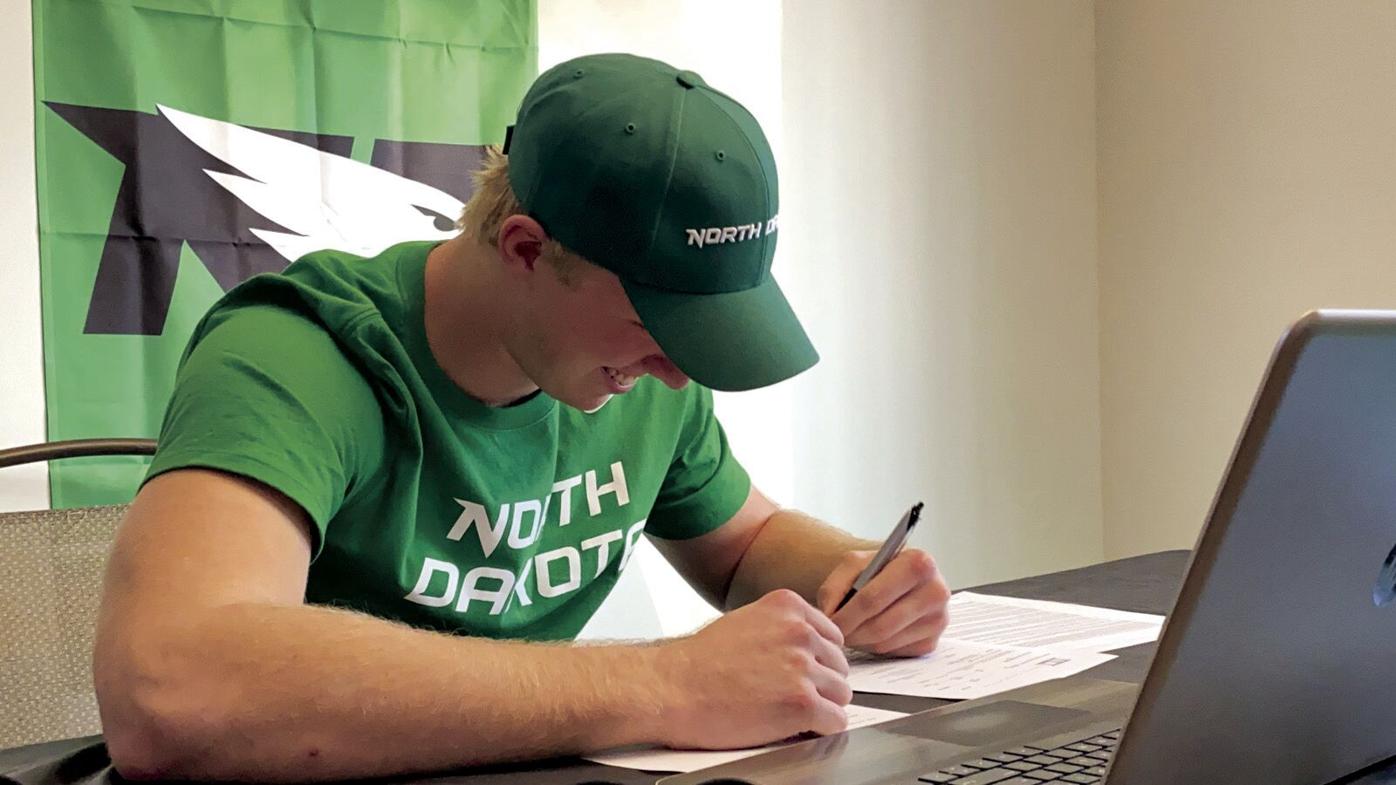 Cambridge-Isanti running back Gaven Ziebarth officially signs his National Letter of Intent to play football at the University of North Dakota. Submitted photos from Signing Day 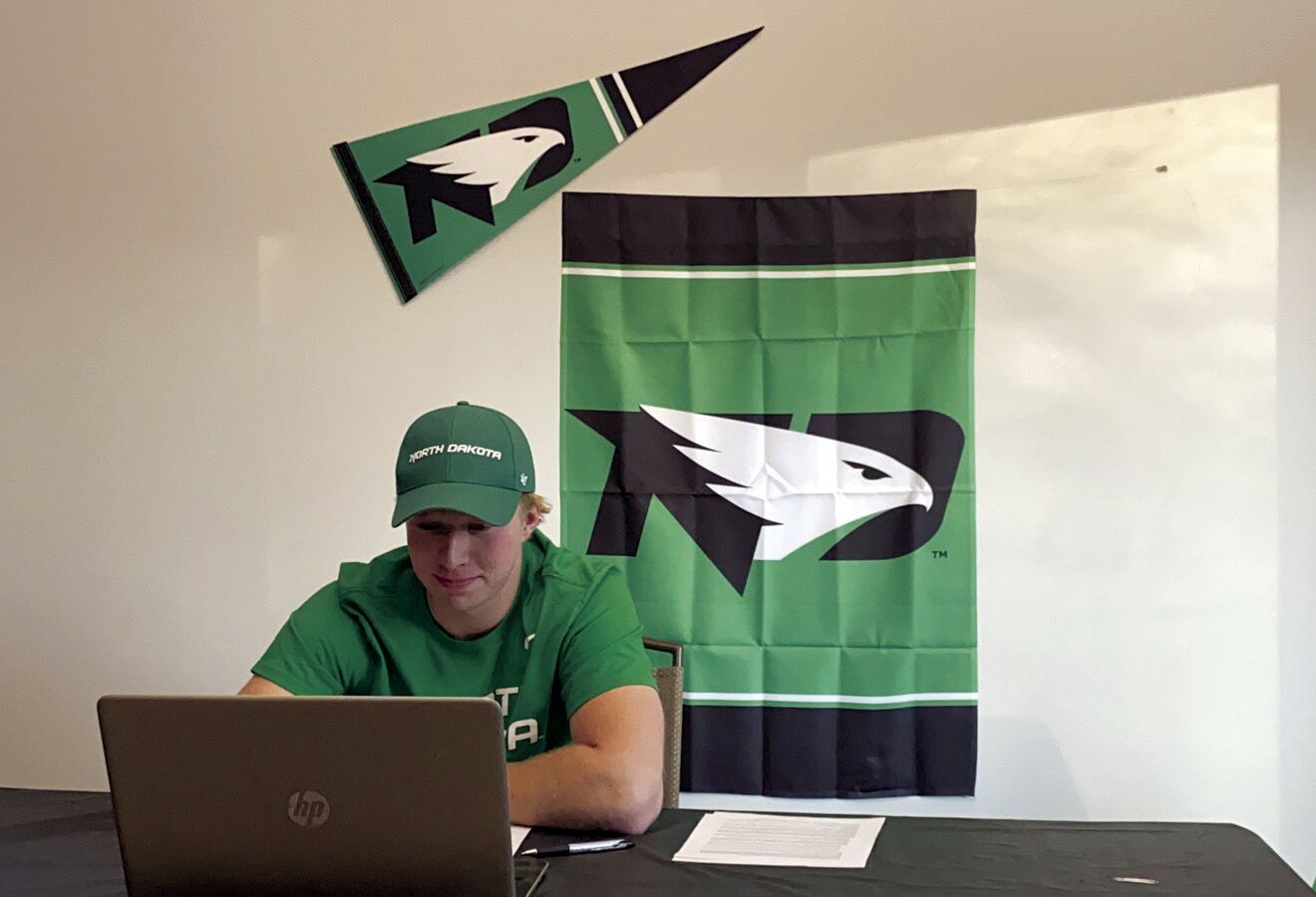 Ziebarth was forced to hold his Signing Day event virtually because of COVID-19 concerns. Ziebarth signed with the Fighting Hawks on Wednesday, Dec. 16. 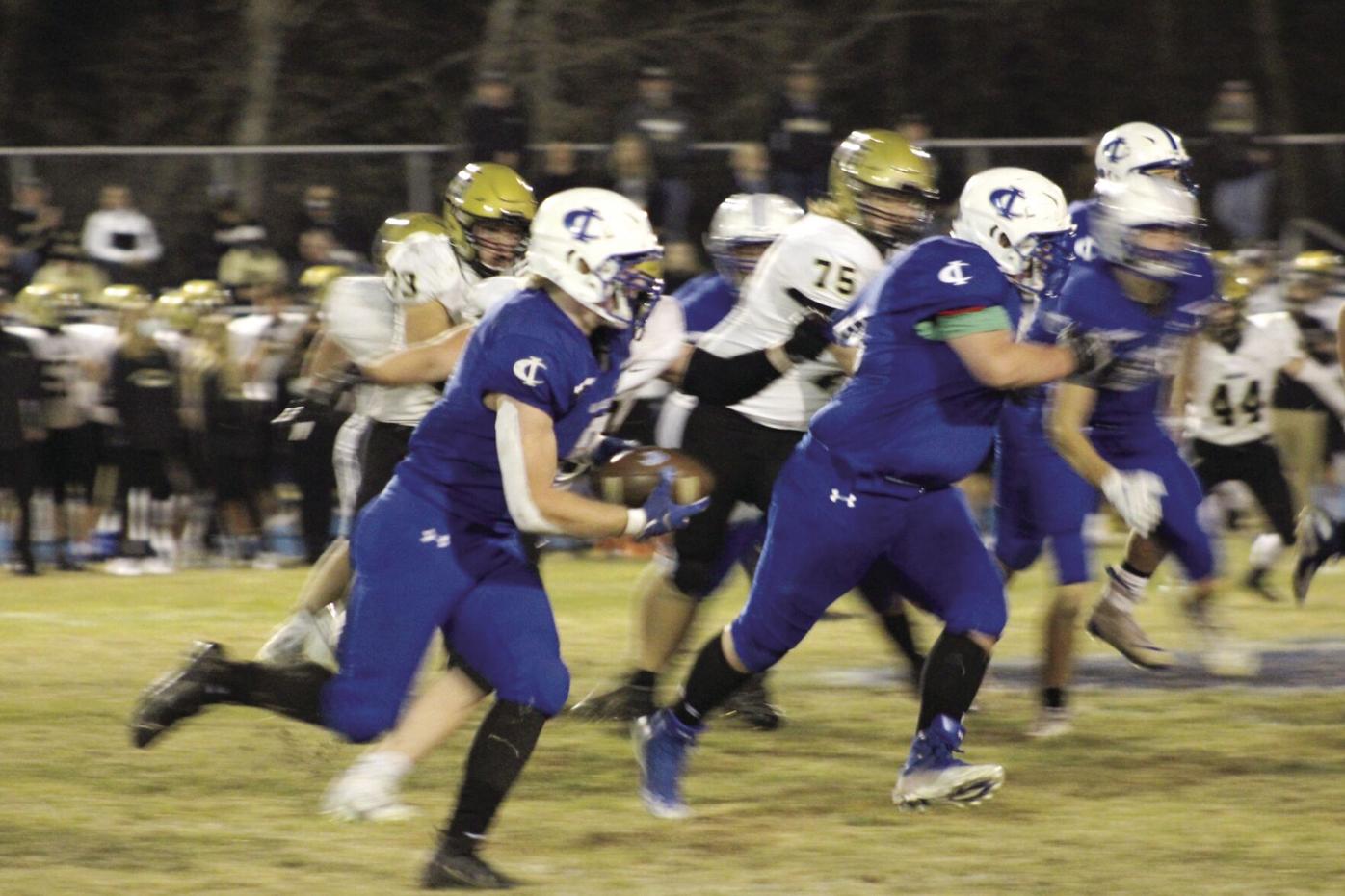 Cambridge-Isanti running back Gaven Ziebarth officially signs his National Letter of Intent to play football at the University of North Dakota. Submitted photos from Signing Day

Ziebarth was forced to hold his Signing Day event virtually because of COVID-19 concerns. Ziebarth signed with the Fighting Hawks on Wednesday, Dec. 16.

Looking back, Gaven Ziebarth admits that he was an “emotional” athlete in his younger days.

“I really wanted to win,” he said. “If I didn’t score a touchdown, I would get mad. And if I wasn’t playing, I would get upset. I think I’ve done a little better getting that under control, but it’s still there.”

So the emotions were flowing on Wednesday, Dec. 16, as the star running back at Cambridge-Isanti High School signed a national letter of intent to play football at the University of North Dakota.

“I’ve been waiting for this for a long time – since I was a little kid,” Ziebarth said. “I’m pretty excited about this.”

Ziebarth held a virtual ceremony via a Zoom call that included signing his national letter of intent to join the Fighting Hawks next fall. One of the faces on the screen as he signed was his football coach at Cambridge-Isanti, and Shane Weibel was all smiles.

“It’s one of my favorite things, because it’s fun to see these players recognized [in this way],” Weibel said of signing day. “They get an opportunity to go to school, being part of a group that plays together and creates memories for the rest of their lives.”

On signing day, Ziebarth said the reason he chose North Dakota was because it was a comfortable fit.

“It felt like home,” he said. “The coaches were really interested in me, and I had a good relationship with them. They also have good facilities – a lot of good things.”

Ziebarth said his recruitment, which began at roughly the same time COVID-19 started locking down the country, was “weird” as a result.

“I went [to North Dakota] in February, before everything hit, and I didn’t go anywhere else,” he said. “I was offered by two other schools, but they were farther away from home, and I never visited them.”

The reasons the Fighting Hawks were interested in Ziebarth were obvious after he ran for 1,092 yards and 12 touchdowns in just seven games for the Bluejackets this fall. The explosive senior, who stands 6-foot and weighs 215 pounds, had a 70-yard touchdown run at Monticello early in the season, then exploded late in the year for TD jaunts of 74 and 38 yards against Tartan as well as 70, 71 and 39 yards in the section semifinal against Coon Rapids.

“He’s explosive; at any time, he can go the distance,” Weibel said of Ziebarth. “If you don’t respect what he can do, he’s going to burn you.”

Ziebarth’s production took a sharp upward turn late in the season after an injury forced him to the sidelines in the win at Chisago Lakes.

“I was upset after that game, because I didn’t get to play,” said Ziebarth, who took a hard hit during the second quarter of that contest and was unable to return. “It was my senior year, and I didn’t want to just sit there.”

He ran for 107 yards against Andover – the highest individual total for a running back that faced the state-ranked Huskies. In fact, Ziebarth’s individual rushing total was more yards than Andover allowed to five other teams this season.

Ziebarth followed that with 220 yards and four rushing scores in the upset of Tartan, catching the game-winning touchdown pass with 47 seconds to play. He then added 307 yards and five more TDs on the ground in the section win over Coon Rapids.

“It could be that not getting to play much against Chisago Lakes helped him realize that this might be it, and he took advantage of that,” Weibel said. “At the end of the year, he really bought into the ‘team’ aspect, and that’s when he really started to shine.

“All I know is that, after that [Chisago Lakes] game, he really ran tough, really exploded against people. If we had played a full season, I think the sky’s the limit to what he could have accomplished.”

Ziebarth acknowledged that his teammates played a role in his late-season success.

At season’s end, Ziebarth was named the top running back in the North Central Blue District, and he also received all-district honors. For his career, Ziebarth ranks among the top runners in several different categories at Cambridge-Isanti, standing seventh in career rushing yards and sixth in career touchdowns since 1964.

Weibel said he looks forward to watching Ziebarth play at the next level.

“It might be nice for him when he gets to college and doesn’t have to be ‘the man,’” Weibel said. “It will be interesting to see how he fits in when he’s not the focus of other defenses.”

Football is not the only sport in which Ziebarth excels. He ran in the Class 2A state track meet as a sophomore, finishing eighth in the 100 meters with a 10.88 clocking. He said he was heartbroken when COVID-19 took away the track season this past spring.

“That stunk,” said Ziebarth, who confirmed he would play hockey this winter and run track in the spring.

After signing, Ziebarth thanked his parents, Greg and Crystal, as well as all of his coaches throughout his career, in part for helping him learn how to channel his emotions toward success.

“When I was young, I know I was a handful,” Ziebarth said with a laugh. “I appreciate all those people for sticking with me and seeing this through.”