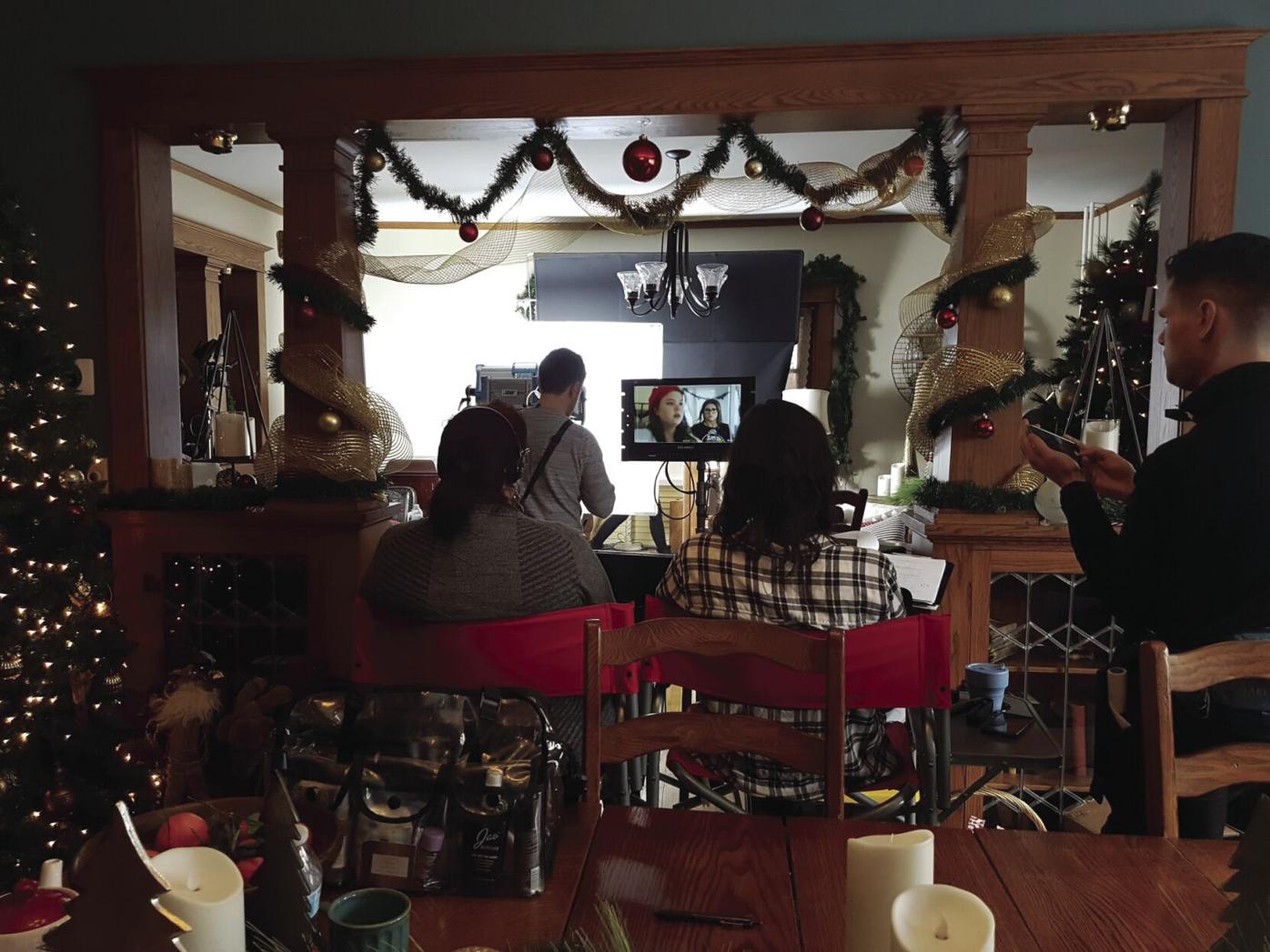 The romantic comedy, “The Christmas Listing” will premiere on Lifetime on Nov. 30. Nearly the entire movie was filmed at the Erickson Farmstead earlier this year, located just south of Isanti. Photo provided 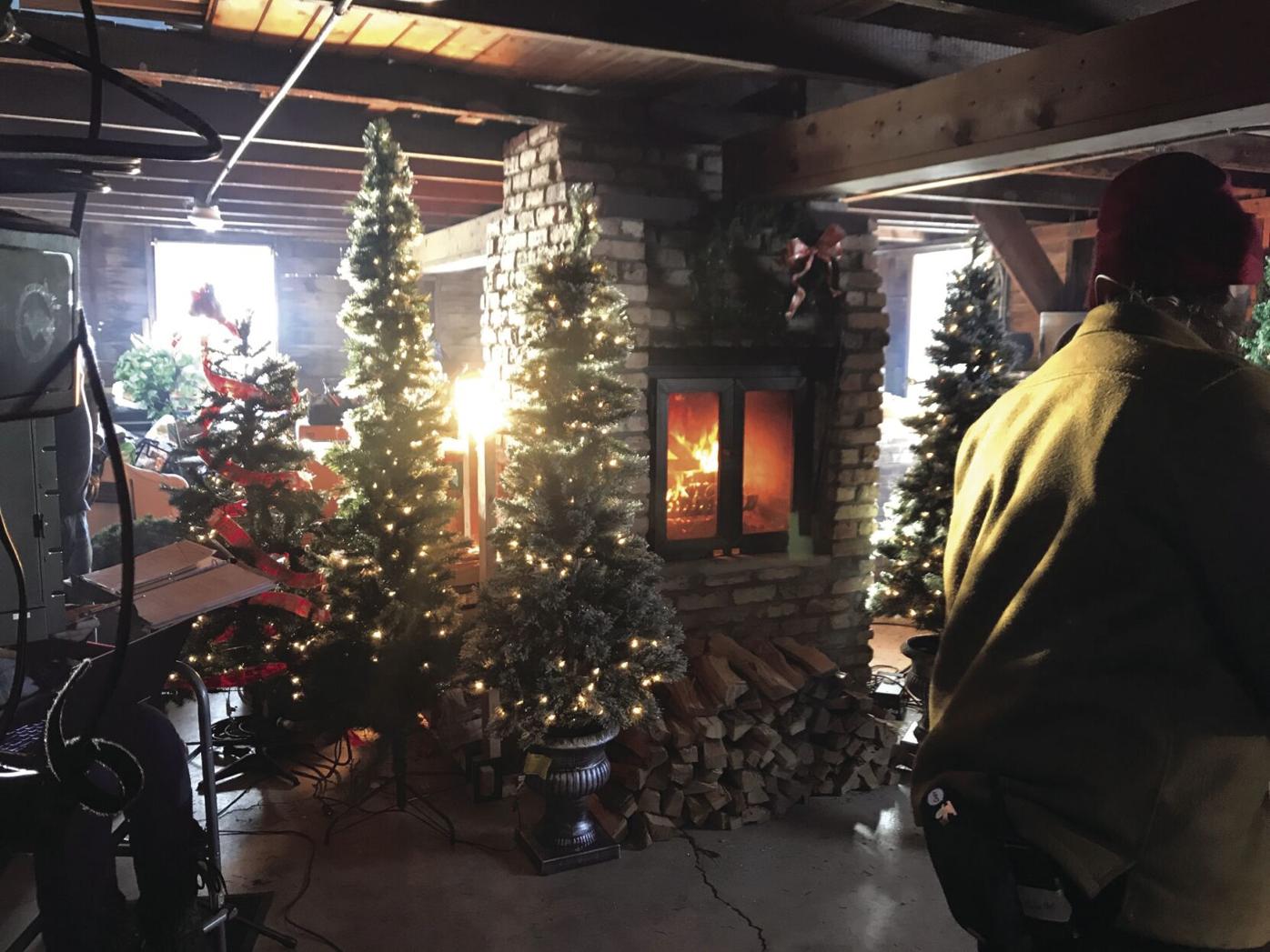 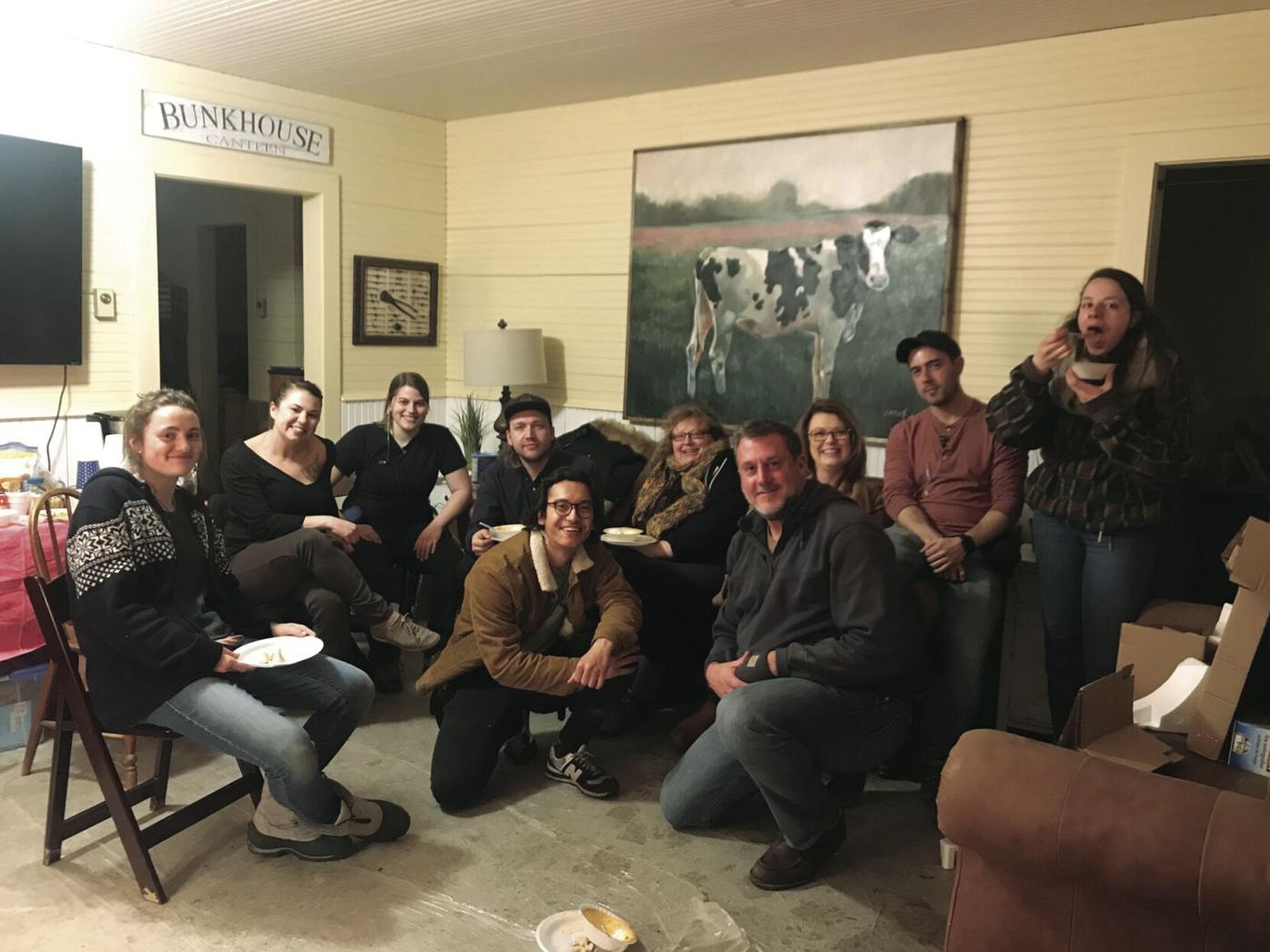 The following photos are provided by Julie Davis during the filming of “The Christmas Listing” at the Erickson Farmstead from mid-January through the end of February. 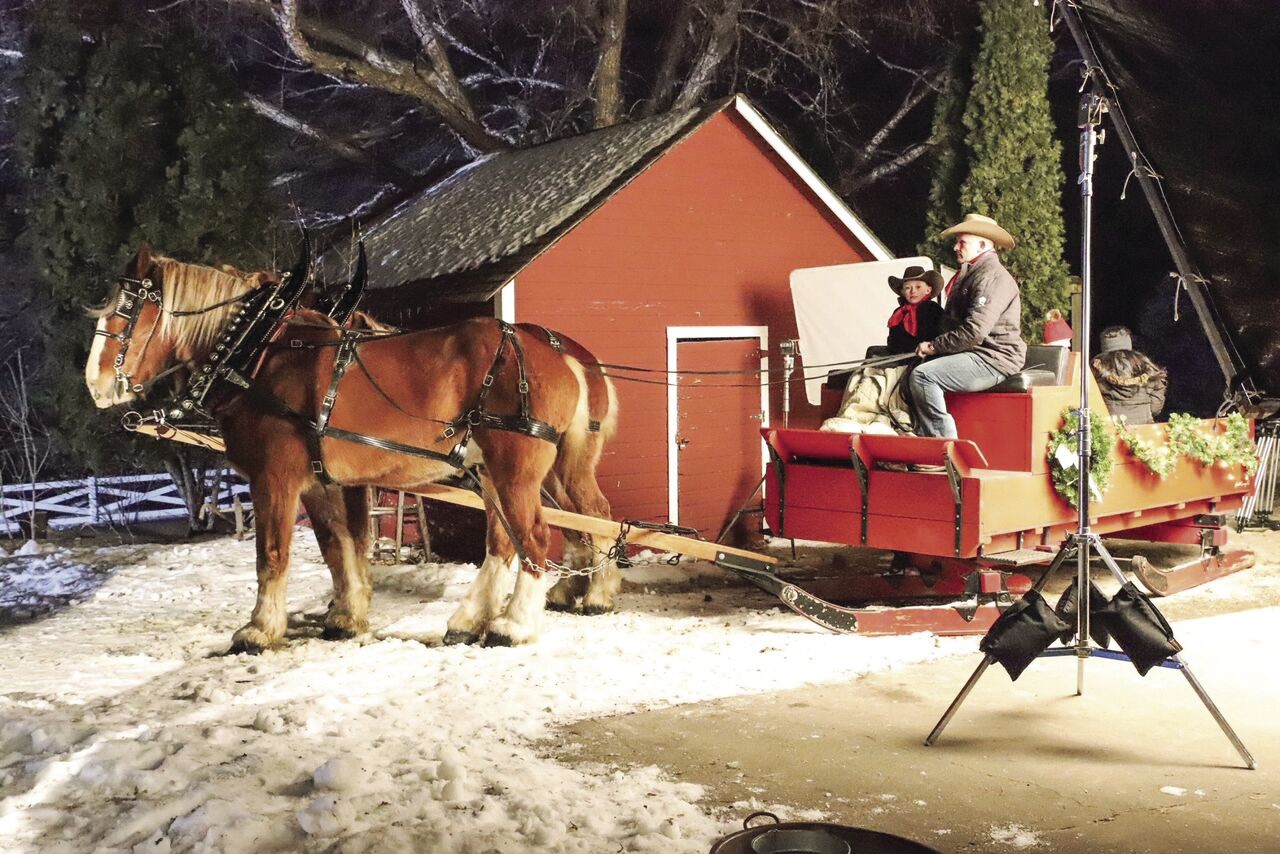 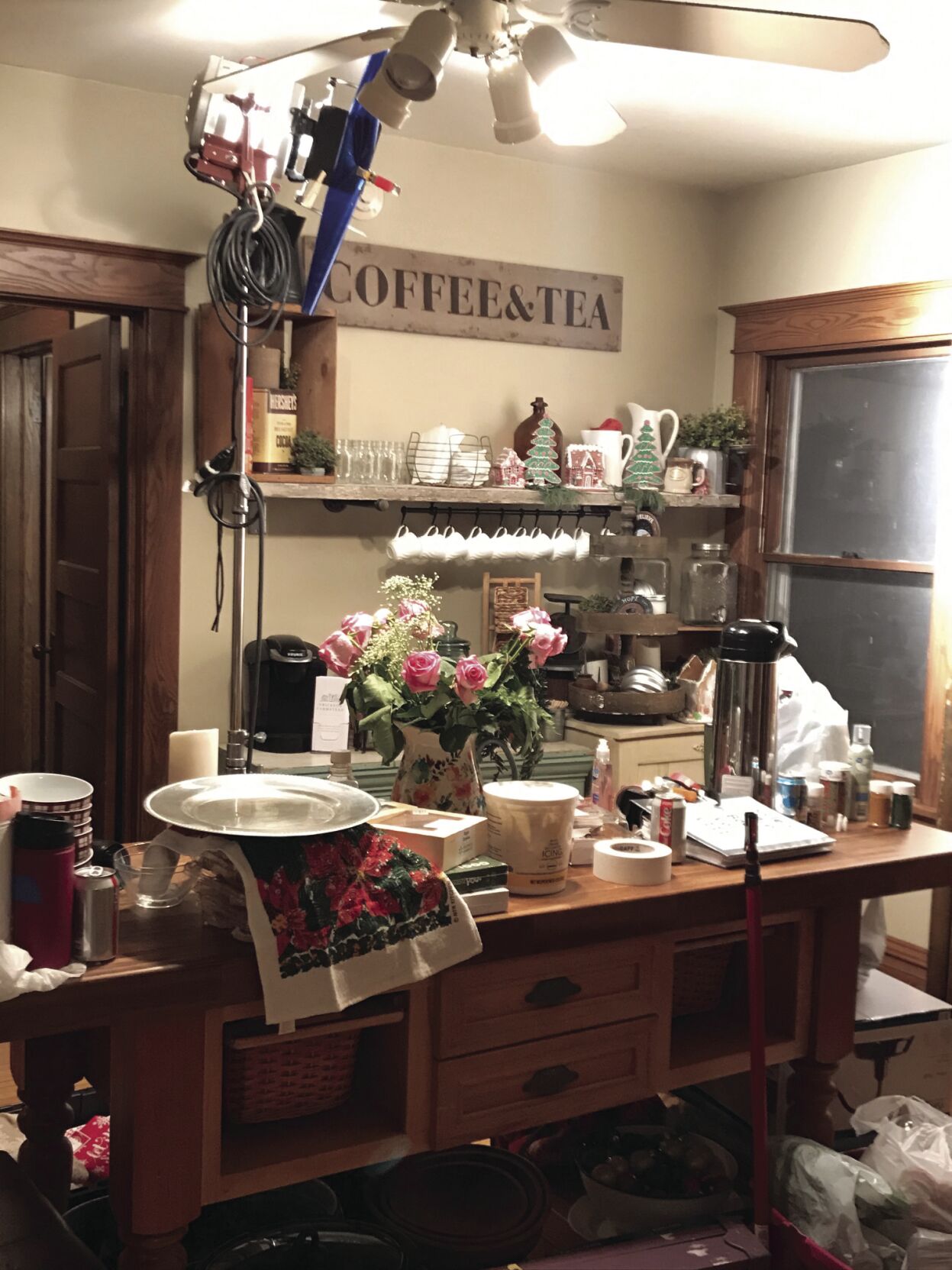 The romantic comedy, “The Christmas Listing” will premiere on Lifetime on Nov. 30. Nearly the entire movie was filmed at the Erickson Farmstead earlier this year, located just south of Isanti. Photo provided

The following photos are provided by Julie Davis during the filming of “The Christmas Listing” at the Erickson Farmstead from mid-January through the end of February.

The romantic comedy was filmed at Erickson Farmstead earlier this year

A historic farmstead, located just south of Isanti, will soon be in the national spotlight as a new romantic comedy, filmed at the farmstead earlier this year, will premiere on Lifetime.

For six weeks, from mid-January through the end of February, Erickson Farmstead was the filming location of new holiday movie. The movie, titled “The Christmas Listing,” will air at 7 p.m. Monday, Nov. 30, on Lifetime.

The synopsis is as follows: “Julia Rogers is an uptight, hardworking realty owner who has lost her Christmas spirit. She will have to spend five days at a Christmas Inn with her business competitor, Chad Everest, in order to win over the badly needed listing of the Erickson Farmstead. While competing to win the listing, Julia and Chad discover that they have more in common than they thought.”

Dennis and Julie Davis, who live in Andover, have owned Erickson Farmstead since January 2018. The Davises have also owned the Round Barn Trading Company in Andover for five years.

Julie explained a cinematographer for the “The Christmas Listing” had been at a holiday get-together at the farmstead and realized the location would be perfect for the filming of the movie. He passed the information on to the executive producer, Elizabeth Snoderly, who called Dennis on Christmas Day while they were in Missouri visiting family. Davis said at first her husband was skeptical, but as he was talking on the phone, he was looking her up online and realized she was a legitimate producer.

“She was the real deal and she was just very personable, very confident, very realistic with the way she approached things, so that made us comfortable. But then when we realized, hey, this looks like it’s really happening,” Julie said. “When we got back home for the holidays, they came out and toured it right away. They sent another assistant producer and the cinematographer out to take a look and walk it, and so that obviously then showed us they were serious.

“He (the cinematographer) knew the project was coming up, but just said this house just fits the different scenes, he likes the wide hallways, the location of the rooms, seeing the outlying features of the farm. The carriage house is used for a scene, there’s some sleigh rides scenes, going out into the woods to get a Christmas tree. There were specific scenes in the movie that they knew the house would be perfect for. The entry coming into the house ... The farmstead had the space to create those scenes. They didn’t have to retrofit or rent another place to carry out the movie,” Julie said.

Julie said one of the attractions for filming the movie at the farmstead was being able to utilize some of the other buildings on the property, including the farm house, the carriage house, the summer house, the gazebo and the pond area.

Julie explained the farmstead’s summer kitchen was jokingly referred to as “The Pizza Hut” during the filming of the movie since that is where the crew ate their meals, catered by LeFebvre’s Catering. She said the summer kitchen was also used for one scene, a scene that had to appear like it was filmed in Arizona.

Julie said she appears in one scene in the movie.

“I’m in a non-speaking role, but I’m a lawyer in the scene where he’s signing papers and I just had to look surprised,” she said.

Since Julie had to be in their shop in Andover, Dennis was the film’s go-to guy.

“Dennis was here daily. They liked having him here on set because he was their go-to for needing help with this, or something electrical went wrong or something was leaking. We could start the heaters and he wanted to be in charge of running the fireplaces,” Julie said. “He was always here daily, and since I run the Round Barn, I would come out when the shop closed or try to leave early. The first five days when they were here, I wasn’t able to make it, and after that, after you come out and you see how they do this, it was very fascinating. And then you got to know the people, the ones that lived here, and even the one’s who weren’t, you got to know them, and this was the greatest bunch of people. ... We really lucked out, having said yes, not knowing what we were getting ourselves into.”

Julie said whenever the producer needed something, she tried to recommend local businesses. Besides LeFebvre’s Catering, the producer also bought 20 Christmas trees from Wolcyn Tree Farms & Nursery, used locals as extras in the movie and utilized the Smith Carriage Company for the sleigh ride scene.

Julie said a majority of the cast and crew stayed at the Best Western Plus in Isanti, but a few also stayed at a Brownstone in the Twin Cities, where a couple of scenes were also shot. The lead actress, Lexi Giovagnoli, and a couple other crew members stayed in the bedrooms at the farmstead.

Julie said at first she was a little overwhelmed at the filming process.

“When I first came, I was only able to walk this first floor and then I had to leave because I was in tears. ... They had so much random garland and lights just hung and just taped; it looked like Grandma became a hoarder, and I thought what is this movie going to make our house look like, because where did all this stuff come from,” Julie said. “But it was learning what’s on that little screen, how much stuff is blurred out, you don’t really notice it, it adds color, they literally do scene by scene. They would do a section here and they would film that, but then everything back here was a tornado because they were done with it. I think it was the disarray of the house and I was shocked at how they were making it look on screen. Once that shock value was over and you learn that’s how they create the scene, then I couldn’t wait to come back and see what else they were doing. And behind each little screen shot, that was amazing.”

Julie said she and her husband have not seen the movie, they’ve just seen the trailer.

“It’s amazing. I can’t wait to see the whole thing and see all the parts, because really the whole movie was shot here except for a scene at the Hi-Lo Dinner in Minneapolis and then a couple scenes at that bungalow they rented in the Twin Cities,” Julie said. “They used our pond for the skating scene, the snowman building contest was out here, the sleigh ride was out here. They did a night scene, and that was amazing because we came up over the county road and the whole barn was just aglow and the trees and branches were all lit up. That was spectacular. That was a shocking moment too.”

Julie explained around 60 to 75 people were on site at the farmstead during the filming.

“So they were so scheduled, the producers gave us their schedules. They rented the property, but we knew when they would be on site,” Julie said. “I would say they (the actors) alloted eight hours for sleeping, the rest was working. It was easily 15, 16 hours a day. ... They would start early in the morning; if it was a night scene, they would start a little later and go all night long. It was non-stop filming.”

Hair, makeup and wardrobe were set up on the third floor of the farmstead, and that area also served as a lounge area for the actors as they would wait for their scenes.

“I miss them, because it was a cast of characters in real life that you got to know and enjoy. You were out here eating macaroni with them or laughing about whatever,” Julie said. “Because a lot of them were from Hollywood or the East Coast, a couple of actors were from Minneapolis and the stage crew was local, ... but most had never been out here, and it was so much fun to watch. But they were just in awe of the house and the location, but then they had to get used to the environment of Minnesota.”

“It’s always been amazing, just even from buying the farm. People have been responding saying, ‘thank you for saving that place,’” Julie said. “It was the same way with the movie because it’s that attachment the community has with the farm, like it’s theirs, which we love. Because that was our sole purpose of this farm, was to save it, and let the community be able to enjoy it. So seeing their reaction and enjoyment to the movie being here was amazing, and it’s shocking to see how much pride they took in that.”

Julie said she and her husband are strong believers in giving back to the community that supports them.

“Both businesses are about giving back to the community and we love making people happy, seeing them make memories, and that’s kind of the purpose that we find that we’re put here for right now. So, seven days a week at both places, yes, it’s busy, but there’s meaning in it and purpose and it’s worth it.”