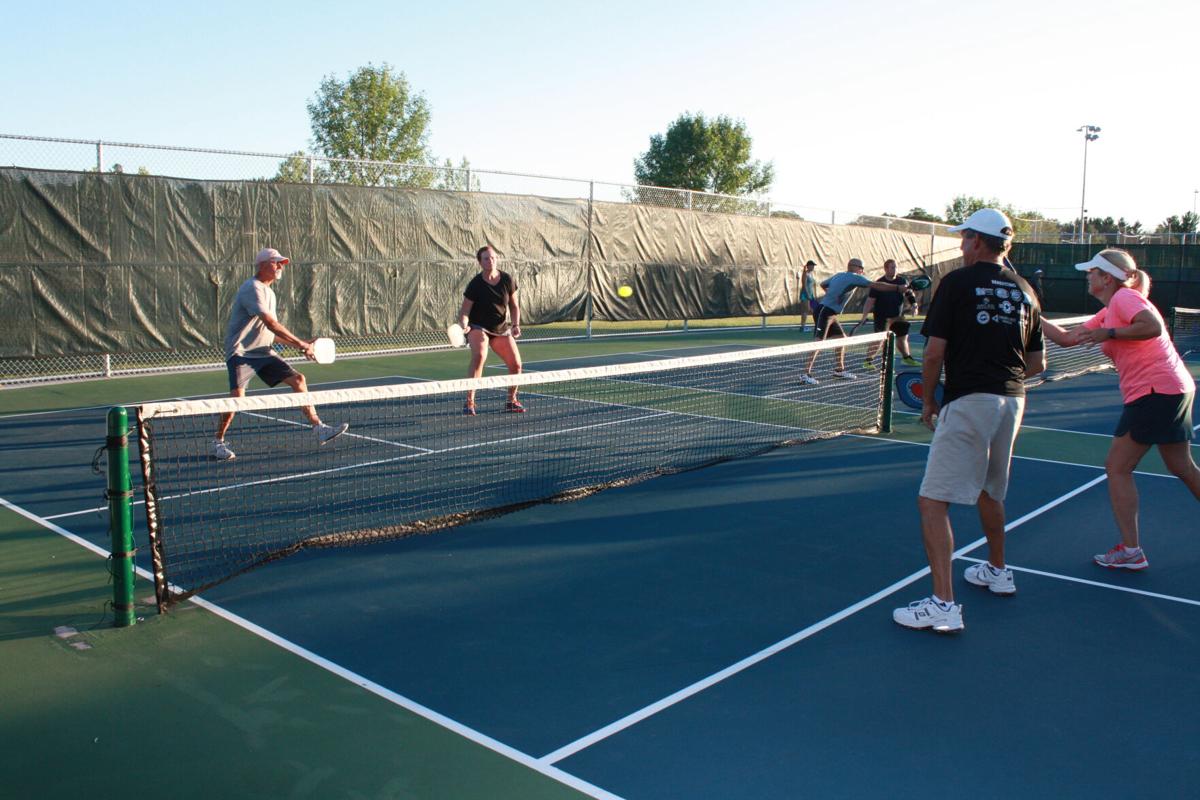 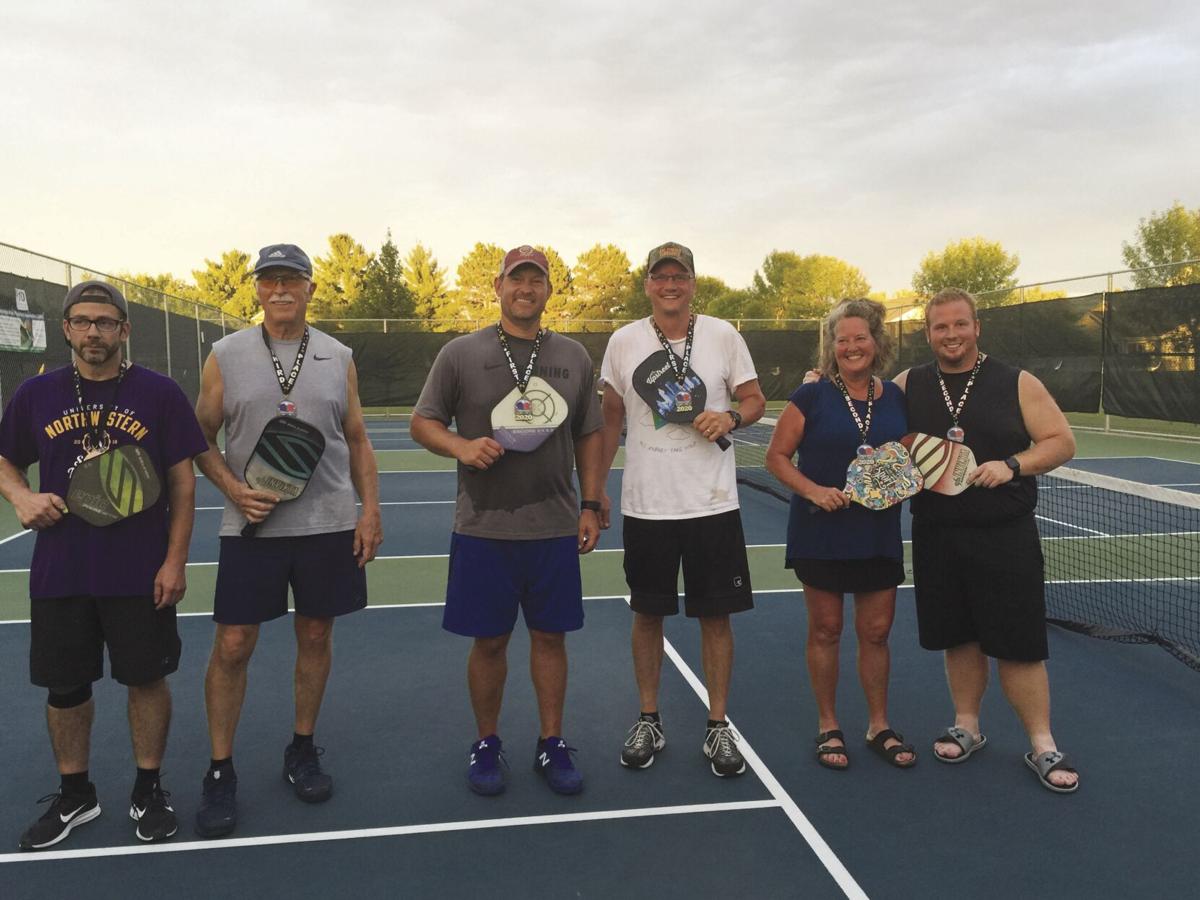 The bumper sticker on the back of Cambridge pickleball player Peiwu Daniels’ car read “Follow Me to Pickleball” and area residents have done just that.

“A doubles league was a concept I observed while traveling last winter,” said league organizer and CAPA president, Mike Mueller. “Since it involves the same two players each week, it varies from regular games where players rotate. It definitely brought the intensity of play up a level.”

Players self-assess their skills and compete in either an intermediate or advanced section. Action took place on Tuesday evenings with each team playing two matches.

Each match concluded when a team won two of three games to 11. A play-off tournament evening crowned the champions in both classes. The sight of players moving in their “courtly” dance, the unmistakable sound of the plastic ball hitting the paddle, the groans and shouts of “Nice Shot” were a testament to the growing popularity of the sport. Family and friends circled the courts to cheer on the teams.

The Cambridge Area Pickleball Association was formed in 2019 and is a nonprofit 501c3 corporation. Community supporters include the city of Cambridge, Cambridge-Isanti Schools Community Education, Allina’s Cambridge Hospital and the Cambridge Army National Guard.

The outdoor playing courts are located at Central Green Park and indoor at the Armed Forces Community Center and Isanti Primary School in the winter season. Four additional courts are under construction at Central Green. Membership in CAPA is currently at 140 including all ages and skill levels A yearly membership is $10 per person.

For more information visit www.cambridgepickleball.com or stop by the courts.