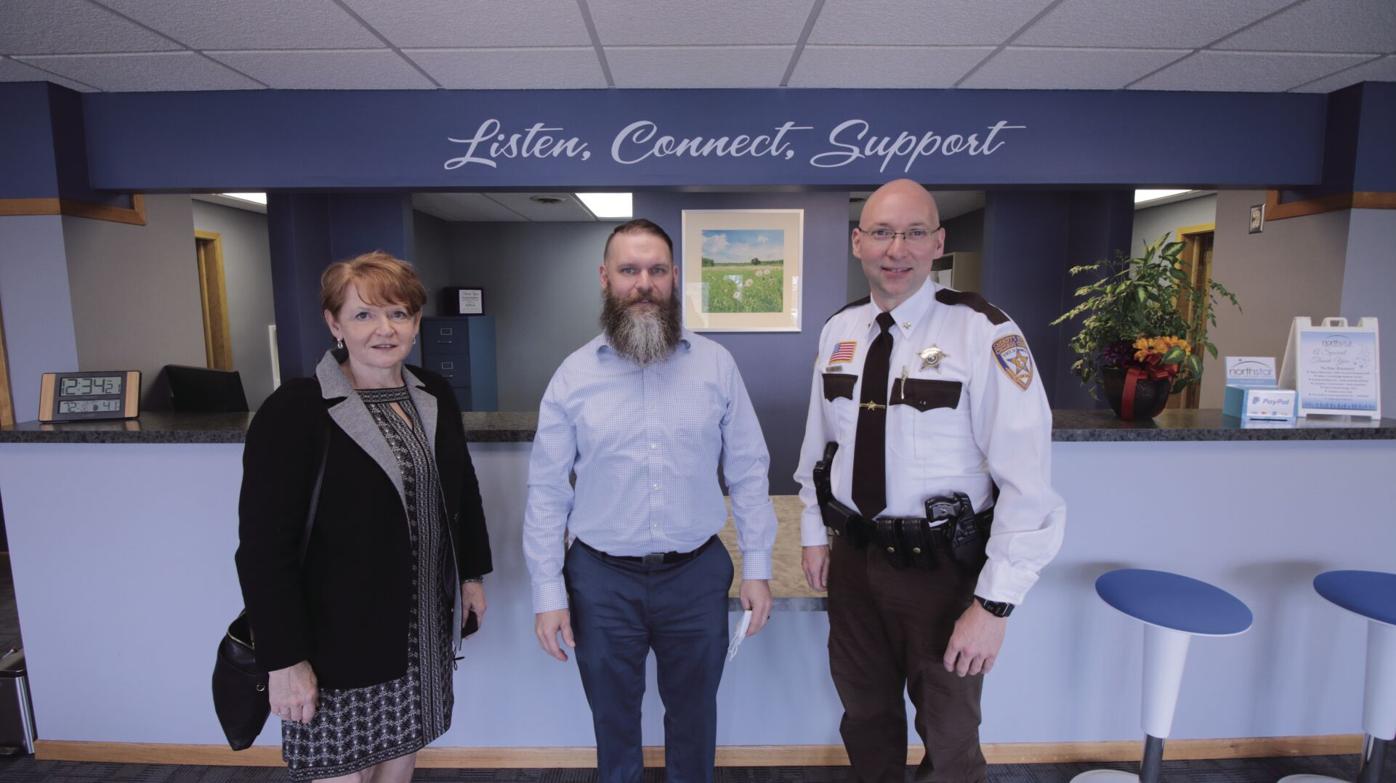 “What we do is, the lead agent, whoever that might be, collects, like, the minimal facts,” Reinhart said. “And then the victim comes here to do an interview, which is recorded in high definition video, high definition audio, by a trained third-party neutral person who’s trained in the professional protocol.”

How North Star was established

Reinhart was hired in 2016 by Isanti County Chief Deputy Lisa Lovering, who used to work in sex crimes investigation, he said. Lovering saw a need for a child advocacy center in the area and worked with state Rep. Brian Johnson and applied for $400,000 of funds to establish the North Star, he explained.

Reinhart has been helping children and families solve difficult cases for many years. However, the space and technology that is offered at North Star make it easier for the clients and Reinhart and his team.

“What used to happen in the old days maybe a child discloses at school to their teacher, and then also has to tell the counselor, the principal, the liaison officer, a doctor, an investigator, and you end up with these parallel narratives, which are all true, but different,” Reinhart said.

At North Star, a child discloses their experience or story only once, which helps them to not have to relive the experience and trauma that comes with talking about it multiple times, Reinhart said.

“I mean, the alleged offender, the last thing they want is a jury of their peers to see that video,” he added. “So it expedites cases. It vastly increases the prosecution rate for those cases as well.”

When North Star was established, it first started serving the people of Isanti County. Over the years the center expanded its services to Kanabec County, and more recently to Chisago County. Reinhart said that North Star will also include Pine County soon.

“Chisago County is stepping up in a big way by doing this. And they are clearly saying that being victim-centered is important,” Reinhart said. “They’re essentially making a stance and saying, ‘we’re going to get tough on child abuse,’ which is, I think great ... for the sheriff’s department and the county attorney’s office.”

Chisago County Sheriff Brandon Thyen said partnering with North Star is a collaboration that will maximize efficiency in investigation and also provide comprehensive support to victims.

Chisago County Attorney Janet Reiter said the county is trained in child-centered fashion for decades, but that North Star will lend an additional resource for law enforcement and social services agency “through a unique space and skilled staff.”

“We are pleased to partner with North Star Family Advocacy Center,” Reiter said. “North Star is a great resource to have here locally in East Central Minnesota. The work of North Star Family Advocacy staff will help ensure families are served well during their time of need. When children have been abused or neglected, it is important children are interviewed in a friendly setting and with a child-centered approach.”

Most of the funding for the North Star comes from grants and donations, Reinhart said.

“We don’t ask that the county (to) pay in full,” he said. “We usually ask, you know, like a third of what it would have cost to provide services for a year. And then we asked for just like a general allocation.”

An estimated 680,000 children were victims of either neglect or abuse in 2018, the most current national data to date, according to National Children’s Alliance. The study concluded that two-thirds of all such cases involved sexual abuse; about 21% involved physical abuse; 8% neglect; 7% witness violence; 3% drug endangerment; and 7% other. Statewide, that shapes to about 1 in 10 children who are sexually abused before the age of 18, Reinhart said.

“There are all sorts of negative impacts that go along with that,” he said. “And it’s our job and duty as an organization to try and remove those barriers.”

How cases are followed and treated

Reinhart said all of the cases that North Star deals with comes from law enforcement, family services, or child protective services.

“And then set up an interview here, normally occurring the same day; sometimes, you know, for logistical reasons, it’s the following day,” he said.

When North Star is working on a case, it is usually made up of a team representing the county attorney’s office, law enforcement, child protective services, and a family advocate, Reinhart added.

“I think that’s a very important part is, you know, we meet as a team (before) the interview and after the interview,” he explained. “And we discuss like, ‘what are the goals of this interview?’ Most importantly (afterward), we discuss, ‘what are the next steps?’ and ‘who’s going to do it?’ So we remove the duplicity of services.”