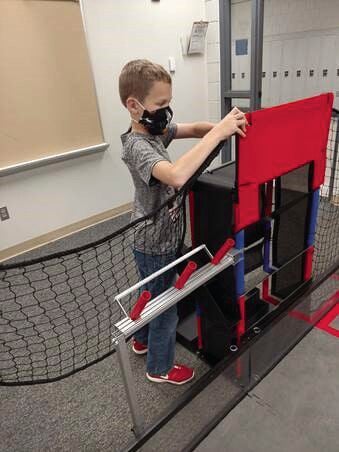 Team 8637 building their robot and working on the goal area of the competition field. Photos submitted 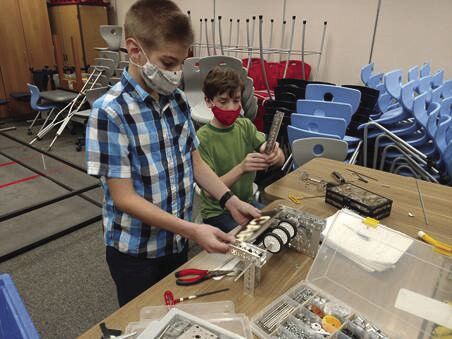 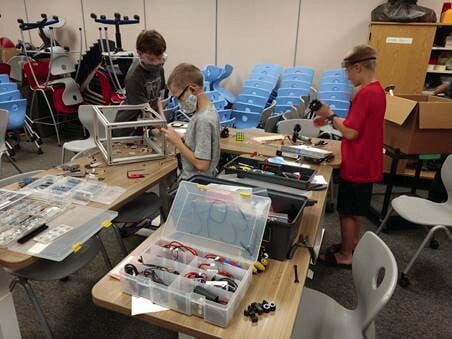 Team 8637 building their robot and working on the goal area of the competition field. Photos submitted

Teams started meeting in September to design, build and code a robot for the game “Ultimate Goal.” The robot must be able to deliver wobble goals to specific areas on the playing field and place or shoot rings into targets. Robots operate in both an autonomous period where the robot is pre-programmed to accomplish tasks and a driver controlled period.

Teams were on target to get their robots built in time for the first competitions in December when the “pause” brought things to a screeching halt.

All competitions, being held virtual this year, were rescheduled and now the teams will begin competing at the end of January. Due to season date changes and scheduling conflicts, instead of each team having two competitions, now Team 7288 (March 6) and 8637 (Feb. 20) each have one competition and Team 7290 (Jan. 31, Feb. 13) has two.

Regardless of the hurdles, teams are ready to go with the week of Jan. 4 being used to continue building, designing, and coding their robots. During the pause, teams have been meeting virtually to work on coding and awards.

They are really happy to safely provide this opportunity to kids even though it is different than in the past. The teams and mentors are excited to get back to hands-on activities. They are especially grateful to their volunteer mentors for continuing to work with their teams. Special thanks to Tomy Cummings, Justin Larson, Thomas Chaklos, Angela Tveit, Adrienne Hard and Ken Cummings.