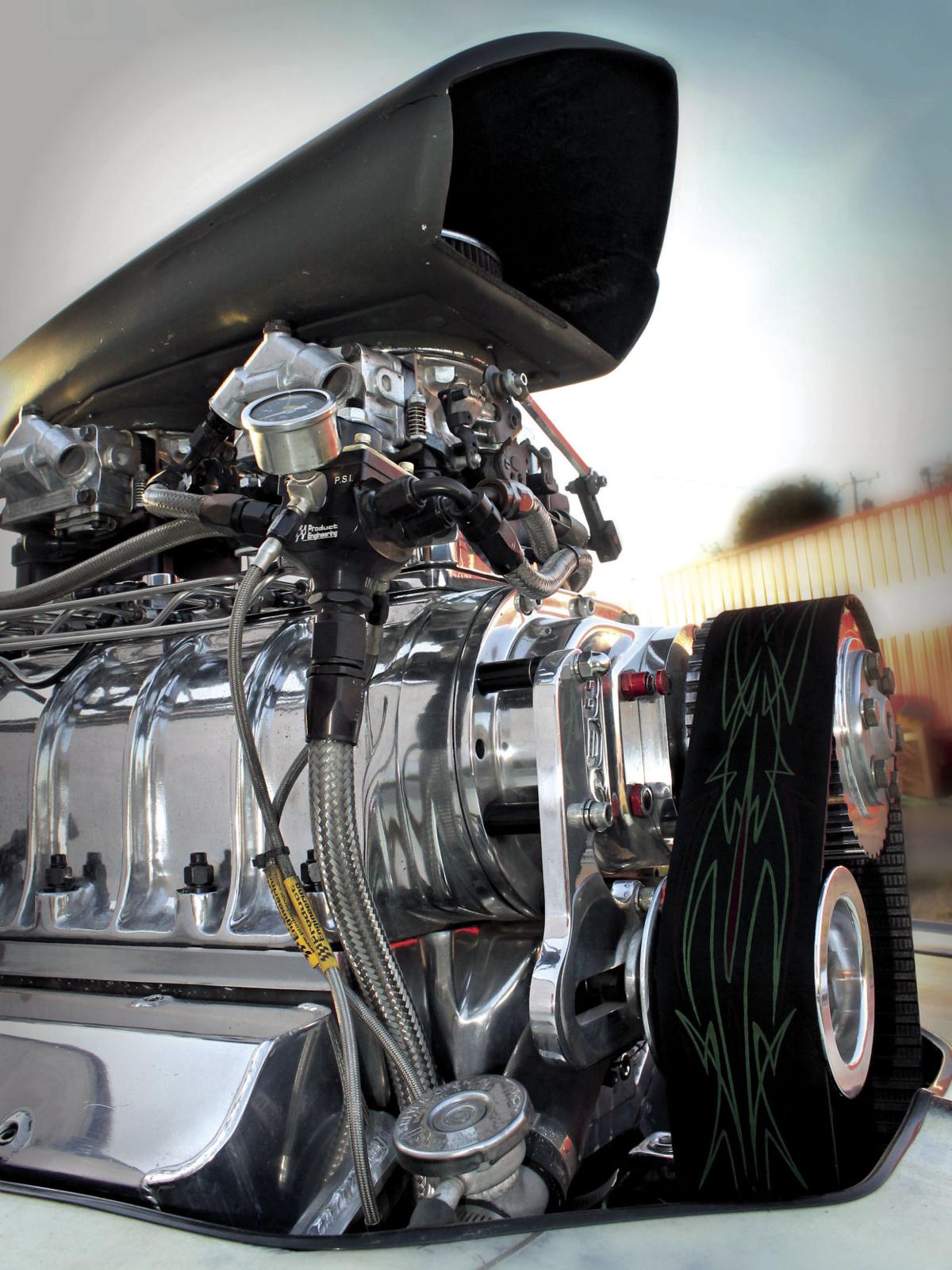 The Hulk Camino is a 1959 Chevy El Camino with a number of modifications, including an 800-horsepower engine. Photos submitted 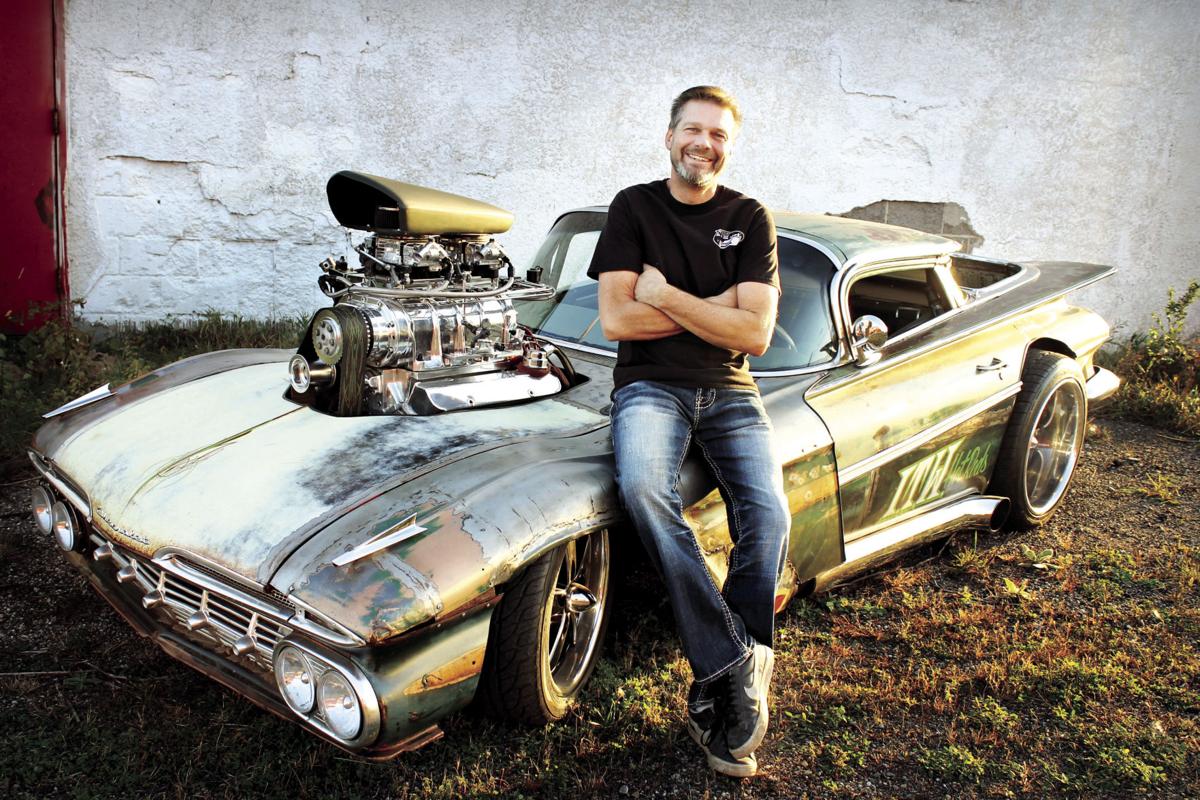 Chris Walker, of North Branch, and his “Hulk Camino,” which has a chance to be made into a Hot Wheels car.

Chris Walker hopes to be able to take the Hulk Camino to Las Vegas in November to compete in the Hot Wheels Legends Tour. 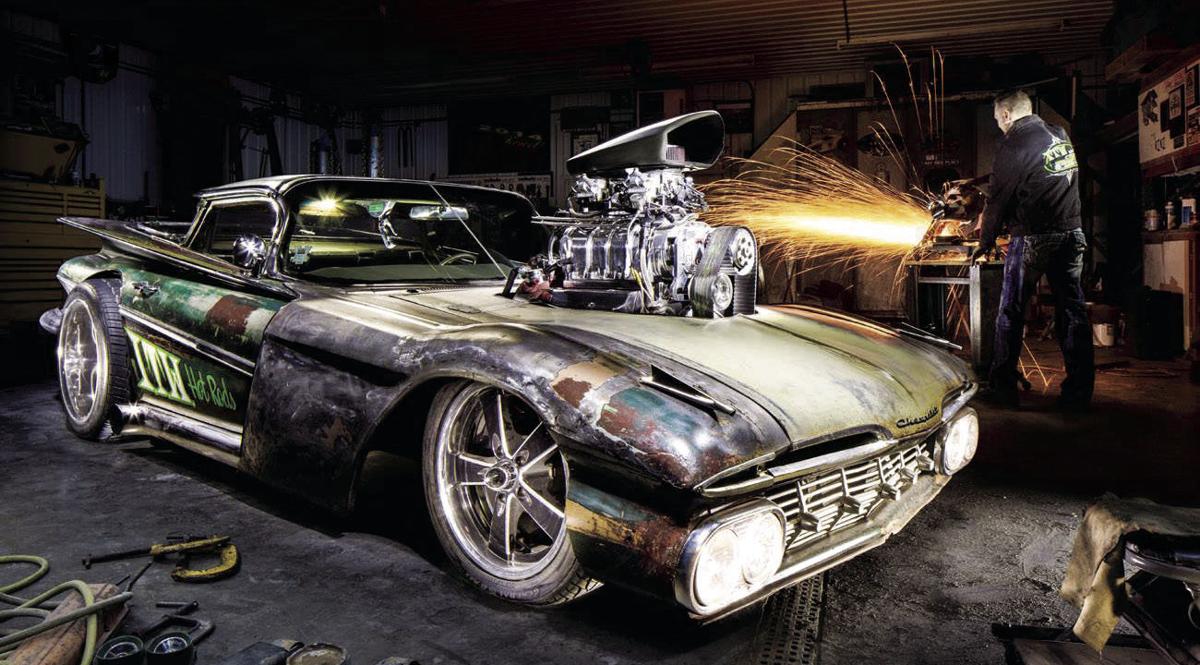 In the Weeds Hot Rods was originally based in Stacy before moving to North Branch. 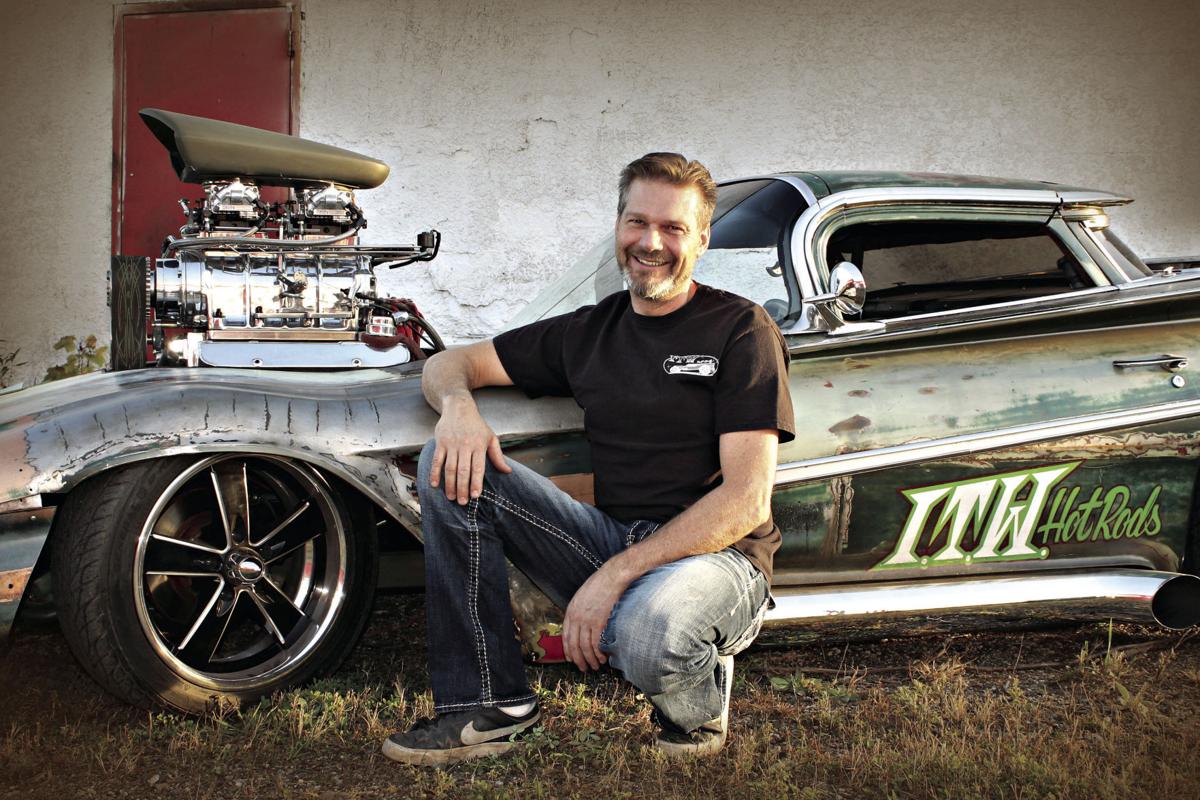 Walker has been working on his “Hulk Camino” since 2015.

The Hulk Camino is a 1959 Chevy El Camino with a number of modifications, including an 800-horsepower engine. Photos submitted

Chris Walker, of North Branch, and his “Hulk Camino,” which has a chance to be made into a Hot Wheels car.

Chris Walker hopes to be able to take the Hulk Camino to Las Vegas in November to compete in the Hot Wheels Legends Tour.

In the Weeds Hot Rods was originally based in Stacy before moving to North Branch.

Walker has been working on his “Hulk Camino” since 2015.

When he was young, Chris Walker’s love of cars got him in trouble with his mother.

“I would always play with Hot Wheels, and I would steal my mom’s fingernail polish,” the North Branch native explained. “I would use it to paint my Hot Wheels. I always wanted something that was different from everyone else’s – I would customize my bicycle, my wagon, everything. I had a pedal car that I would constantly take apart and put back together. I’ve always been messing around with this stuff.”

That love of rebuilding cars was rewarded when the 2020 Hot Wheels Legends Tour honored one of Walker’s cars in May. His 1959 El Camino was selected to compete for the chance to be turned into a Hot Wheels car.

Walker and his car, which he has dubbed “Hulk Camino,” plans to travel to the Specialty Equipment Market Association Show held in Las Vegas this November to earn this once-in-a-lifetime opportunity.

The award is a tribute to the creativity and persistence of Walker, who after high school jumped from job to job while searching for his passion.

“I was a cook at a restaurant, I cleaned carpets, I waxed floors in the evening – I did anything I could find,” said Walker, who eventually graduated from Dunwoody College of Technology in Minneapolis in 1992. “But I’ve always had gasoline in my blood and oil in my veins.”

After graduation, Walker worked for 12 years in a body shop in St. Paul, but he did not find much satisfaction in that job, either.

“In my eyes, I would describe a rat rod as typically a lower-budget car that you put a natural patina on,” he said. “You’re not refinishing it or restoring it. Most of the time you’re using parts that are scavenged off junkyard cars.

“In fact, some guys are taking shiny paint and making it look old, as if it’s a ‘barn find.’ And I have a friend in France who is turning Lamborghinis into rat rods. It’s still evolving, and we’re not sure where it’s going.”

Walker and his custom automotive shop, called ITW – which stands for In The Weeds – competed in the Rat Rod Tour and Build-Off in 2013 and 2014. That competition tasks builders with creating a car in 30 days, using a budget of $3,000, then driving that car for 3,000 miles.

In 2015 he started working on the Hulk Camino, a car Walker said is aptly named.

“I asked my son to help me push the car outside,” Walker said. “He asked if I wanted help pushing the ‘hulk’ of the car outside. And it dawned on me: The Hulk Camino. It’s green, and I planned on putting an 800 horsepower engine in it, so it’s going to have some muscle.”

He finished his initial work on the Hulk Camino in roughly 60 days. Among the modifications Walker made to the car were to narrow the back of the car by 10 inches and the front of car by 6 inches, to shorten the car 4 feet overall, and to shorten the back bed of the car from 8 feet to 2 feet.

Another modification was to place the car’s shifter on the ceiling instead of the floor.

“I’ve done that on a couple of cars, and people are telling me it’s my trademark now,” Walker said.

He first drove the Hulk Camino down the Las Vegas Strip on Easter Sunday of 2015 – and that trip was not completely smooth.

“There was one time where the car stalled right in the middle of the intersection, and I had to push it to the shoulder and getting it running again,” Walker said. “But that’s what makes it memorable. When the car runs perfectly, you never remember. When it has issues, that’s what you never forget.”

Walker has continued to work on the Hulk Camino since that day, and this year he decided to enter it in the Hot Wheels competition. But COVID-19 forced the competition online, and Walker’s creation won the inaugural virtual event held on May 16.

“The Hulkamino [checks] all the boxes & brought their A game,” Hot Wheels reps said on the Facebook page promoting the event, and Walker said he appreciated the support.

“People either love it or despise it,” he admitted. “So there is a little bit of validation. But isn’t that how life is? Some people despise what you’re doing, and some people like it. I’m here to live my life, and if I’m happy doing it my way, that’s all that matters. So I say thanks to the Hot Wheels Legends Tour for providing this opportunity.”

Walker also appreciates the support of his family, particularly his father Wendell James “JW” Walker, who has passed away.

“I’ve struggled a lot with this career; I’ve earned a living, but I’m not rich or famous,” Chris Walker said. “My dad always had my back, telling me to keep going. He told me that, if I love what I’m doing, I should build what I want. I’m the one driving it, so I should make myself happy with what I make. If I win this, I don’t think it would be a tear-free win.”

Walker also thanked other members of his family, which includes his mother, Joyce Walker, and stepmother Marry (CQ) Jane Walker, as well as brother Jason Walker and son Shelby Walker.

“I want to thank my family, because they have always had my back,” Chris Walker said. “And I wouldn’t have brought my car to SEMA last year without the support of my girlfriend, Robin Hetchler. I didn’t think my car belonged there, and she pushed me to bring it there. It was a hit, and that’s what gave me the confidence to enter the Hot Wheels competition.”