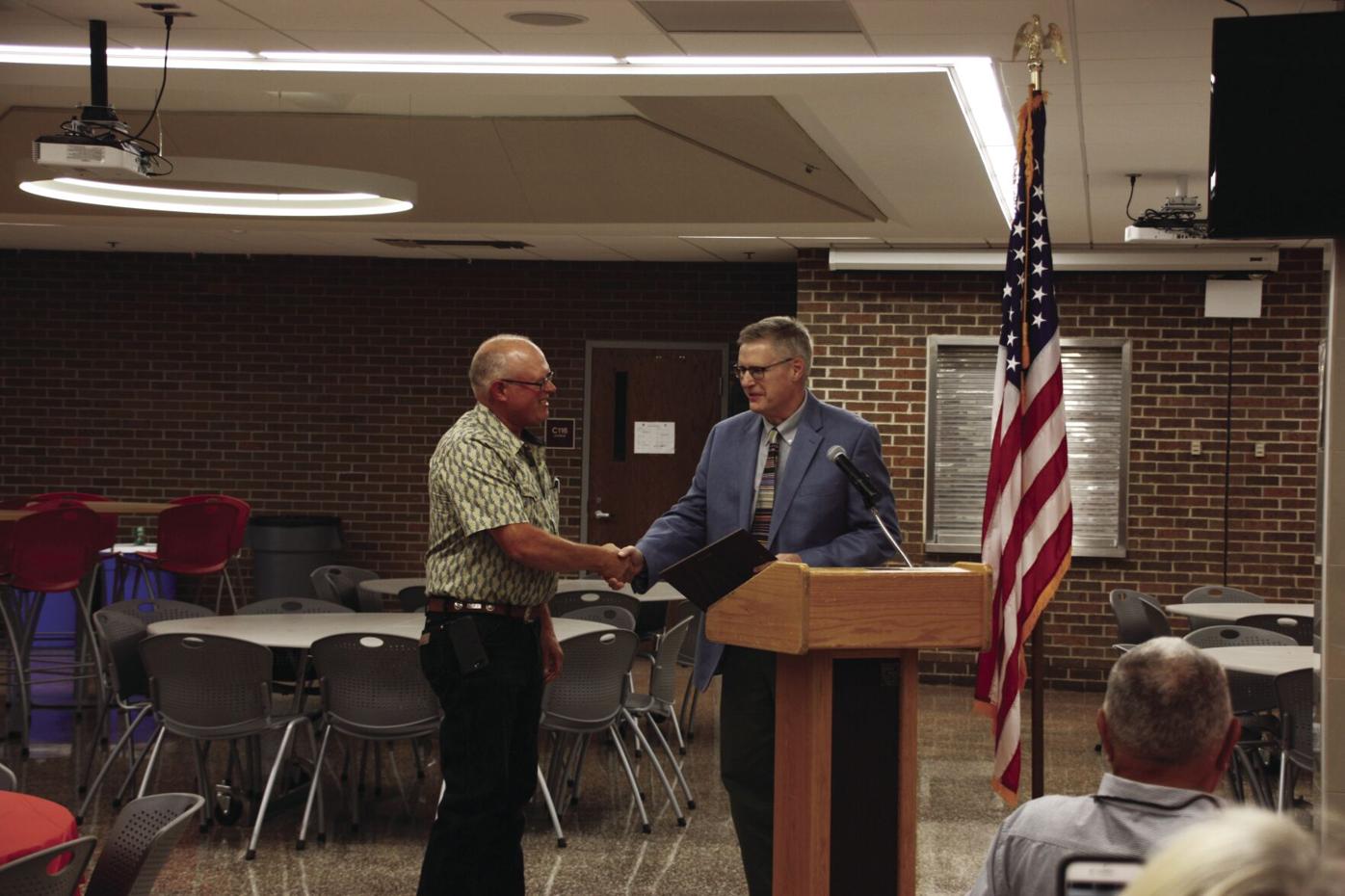 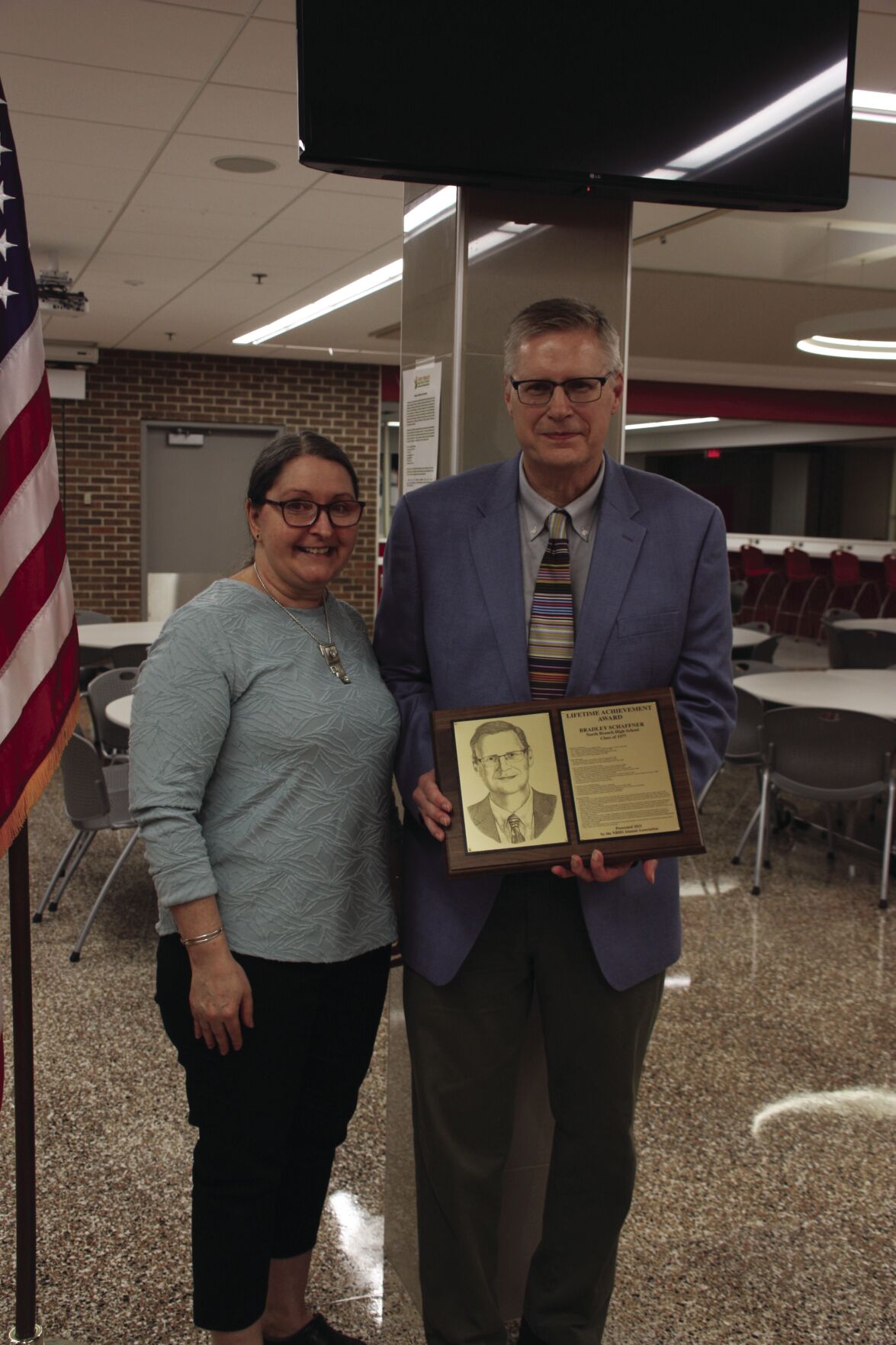 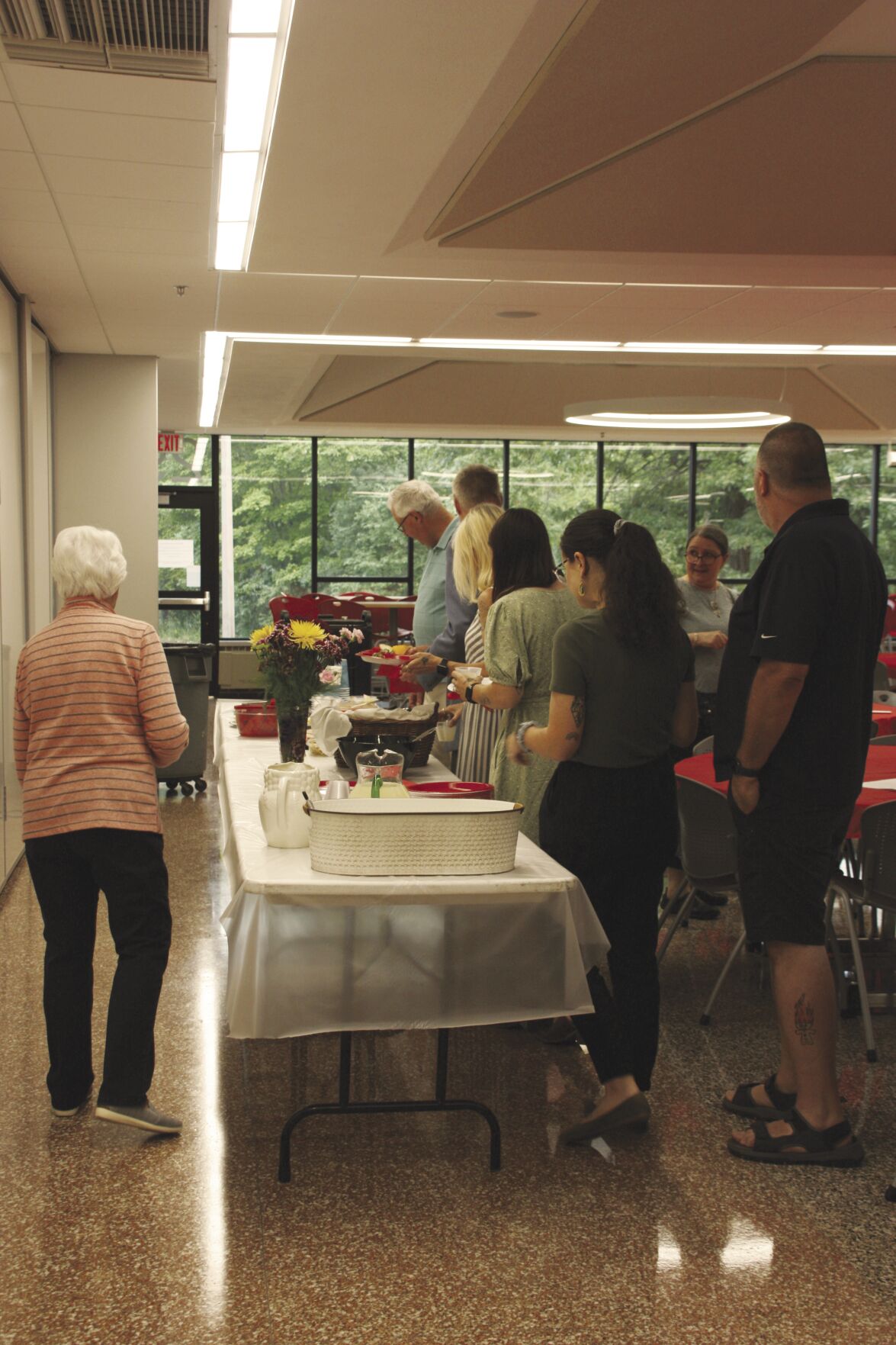 The North Branch Alumni Association offered treats and snacks to those in attendance at this year’s event. 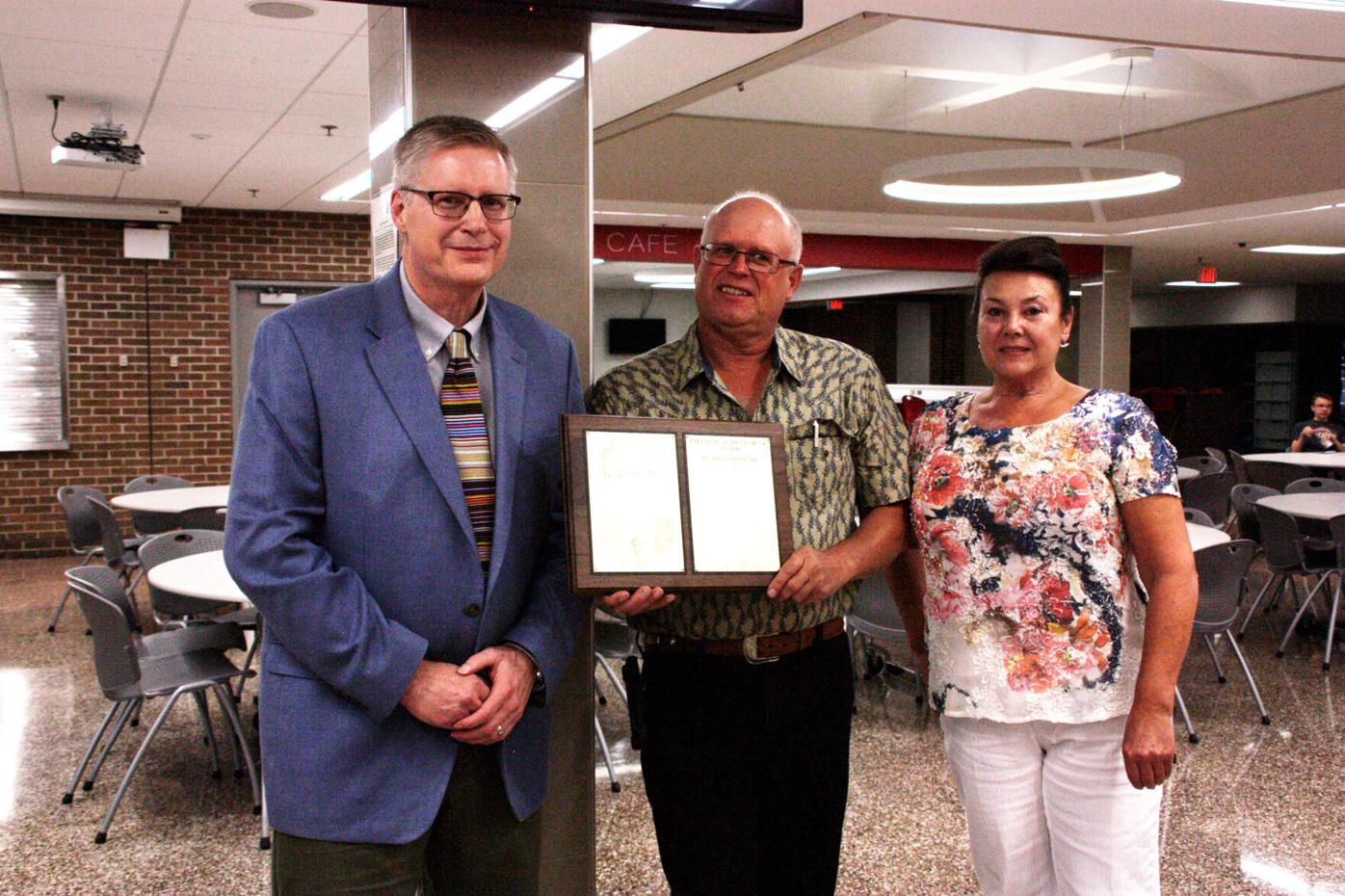 The North Branch Alumni Association offered treats and snacks to those in attendance at this year’s event.

A North Branch alumnus who is a writer, librarian and historian is being recognized for his dedication and significant contributions to the educational community.

“I see a man who is very educated and very dedicated to his profession,” said Lee Larson, vice president of the North Branch Alumni Association.

Schaffner graduated from North Branch High School in 1977 with 144 students in his class. He was a part of the high school National Honor Society, ski team, marching band, concert band, pep band and many ensembles that went to regional and state competitions. The roots from the North Branch community and schools had a huge impact on where Schaffner would continue his education.

“Thank you for this award. I am very, very honored,” Schaffner said.

Schaffner has a great deal of achievements, education and experiences, giving the Alumni Association a challenge preparing their presentation.

“It was one of toughest to complete because Brad had accomplished so much,” said Shari Lynden, president of the North Branch Alumni Association.

Schaffner attended Gustavus Adolphus College, earning a Bachelor of Arts degree in history and geography in 1981. He continued his education attending Indiana University Bloomington, receiving a master’s degree in history, graduating in 1984. Schaffner would take his education even further, getting his Ph.D. in history in 1987 and a Master of Library and Information Science in 1989. His area of studies included Russian Soviet history, library and information science and a minor in western European history. Schaffner continued a unique amount of education in faculty of philosophy at Zagreb, Yugoslavia, University.

“I was very fortunate to benefit from a really good, really long education,” Schaffner said.

Within all of Schaffner’s studies, he learned to speak several languages aside from English including Russian, Bulgarian, Ukrainian, Croatian, German and Serbian.

“One the questions that always comes up is that, working as a Russian studies librarian, you must be Russian? My last name is Schaffner, so,” Schaffner said.

When Schaffner was able to study abroad, he wanted to go somewhere that did not have many American students. This brought him to Zagreb, Yugoslavia. After his time abroad, Schaffner happened to find himself in the right place at the right time.

“I stumbled into a library career my second or third semester of graduate school,” Schaffner said. “I mistakenly signed up for library and science class. That’s where I met the Slavic studies librarian. I got my first job at the library as a student assistant simply because I could speak Russian.”

During this time, Schaffner found that there are other careers in academia aside from teaching. He put away his history studies and got a degree in library studies. When he graduated, he was hired by the University of Kansas in 1989.

Between 2004 and 2012, Schaffner went to Harvard University and worked in the Wagner Harvard College Library, becoming head of the Slavic division.

From 2012 to present, Schaffner has been at Carlton College as a senior lecturer and college librarian. He co-authored a book, “Bibliography of the Soviet Union, It’s Predecessors and Successors.” He also co-authored 20 published articles, nine reviews and essays, and he presented 29 selected scholar activities.

One of the personal tributes about Schaffner was given by Brad Wilcox, who said: “The stereotypically view of a librarian is a bun-haired spinster whose sole job is to shush library patrons. Brad’s career could not be further from this stereotype.”