The stranded pilot was able to get a jump start and head back to the Twin Cities. Photos submitted 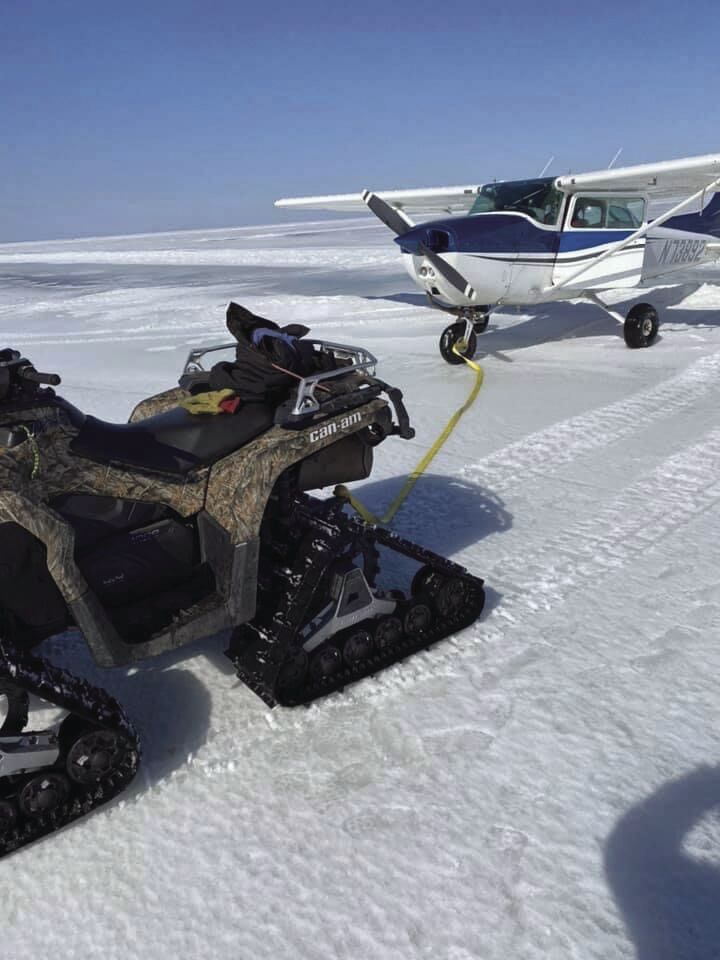 On Saturday, Cory Carlson, Glen Adams and Brad Aufenthie came to the rescue of a stranded plane and side by side on Mille Lacs Lake. 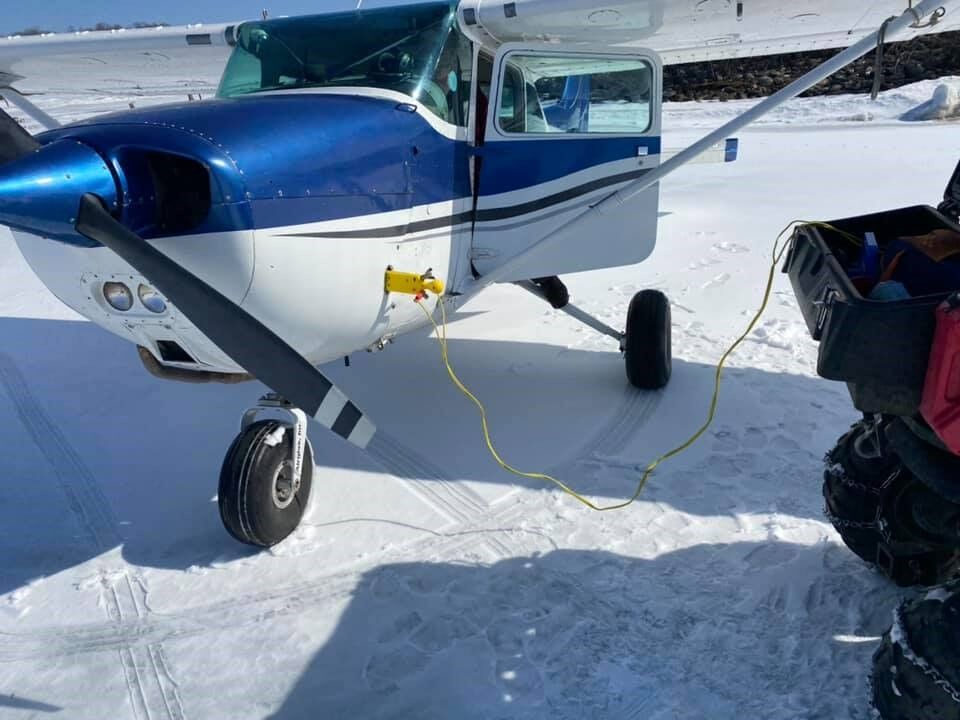 A stranded Ranger was also able to get pulled out of the slushy Mille Lacs Lake by Cory Carlson, Glen Adams and Brad Aufenthie.

The stranded pilot was able to get a jump start and head back to the Twin Cities. Photos submitted

On Saturday, Cory Carlson, Glen Adams and Brad Aufenthie came to the rescue of a stranded plane and side by side on Mille Lacs Lake.

A stranded Ranger was also able to get pulled out of the slushy Mille Lacs Lake by Cory Carlson, Glen Adams and Brad Aufenthie.

Living up to his nickname of “Lucky 7,” Cory Carlson brought some good luck to a stranded plane owner on Mille Lacs Lake.

On Saturday, March 13, Cory Carlson, who owns Lucky 7 Storage and Lucky 7 Bear Bait west of Cambridge and is otherwise known as “Lucky 7,” was headed out fishing from his cabin at Twin Bay to the tullibee hole about a mile out from Da Boathouse in Isle.

He and his buddies, Glen Adams and Brad Aufenthie, noticed a plane sitting out on the lake. The men approached the plane and its owner, a man flying in to have breakfast at Da Boathouse.

The pilot and plane had been flying in for years to the annual Ice Port on Mille Lacs.The ice landing strip had been in good shape when the pilot flew in the weekend before for the event, but with the warm temperatures, the ice had changed and become slushy. When the plane landed on Saturday, it became stuck in some slush and wedged up against a snow bank.

Luckily for the pilot, Carlson and his friends had an ATV with tracks and other equipment to pull the aircraft and pilot to safety. After giving the plane a jump, it was up and running and headed back home.

Carlson has been a firefighter for 17 years in Cambridge (and Dalbo) where he lives and runs the two businesses with his wife, Jenny. This experience prepared Carlson to help out in these types of situations.

The man who was rescued sent Carlson a friend request on Facebook after seeing his social media post. The man offered Carlson some cash, but Carlson said, “no thanks.” He did, however, take the man up on his offer for a float plane ride this summer, Carlson quipped.

As luck would have it for another stranded man, while Carlson and his friends were heading back to the tullibee hole, they noticed a man and his son on a Ranger also stuck in some slush. The men helped them out as well.

Though Carlson didn’t have much luck with the tullibee bite that day, he said it was a beautiful day out on Mille Lacs but warned those coming out, “The ice is still doable, but be prepared.”

When asked about his day overall, he said, “It’s all good, and I try to help out where needed. I know I’ll need a hand someday and hopefully a good person comes along.”