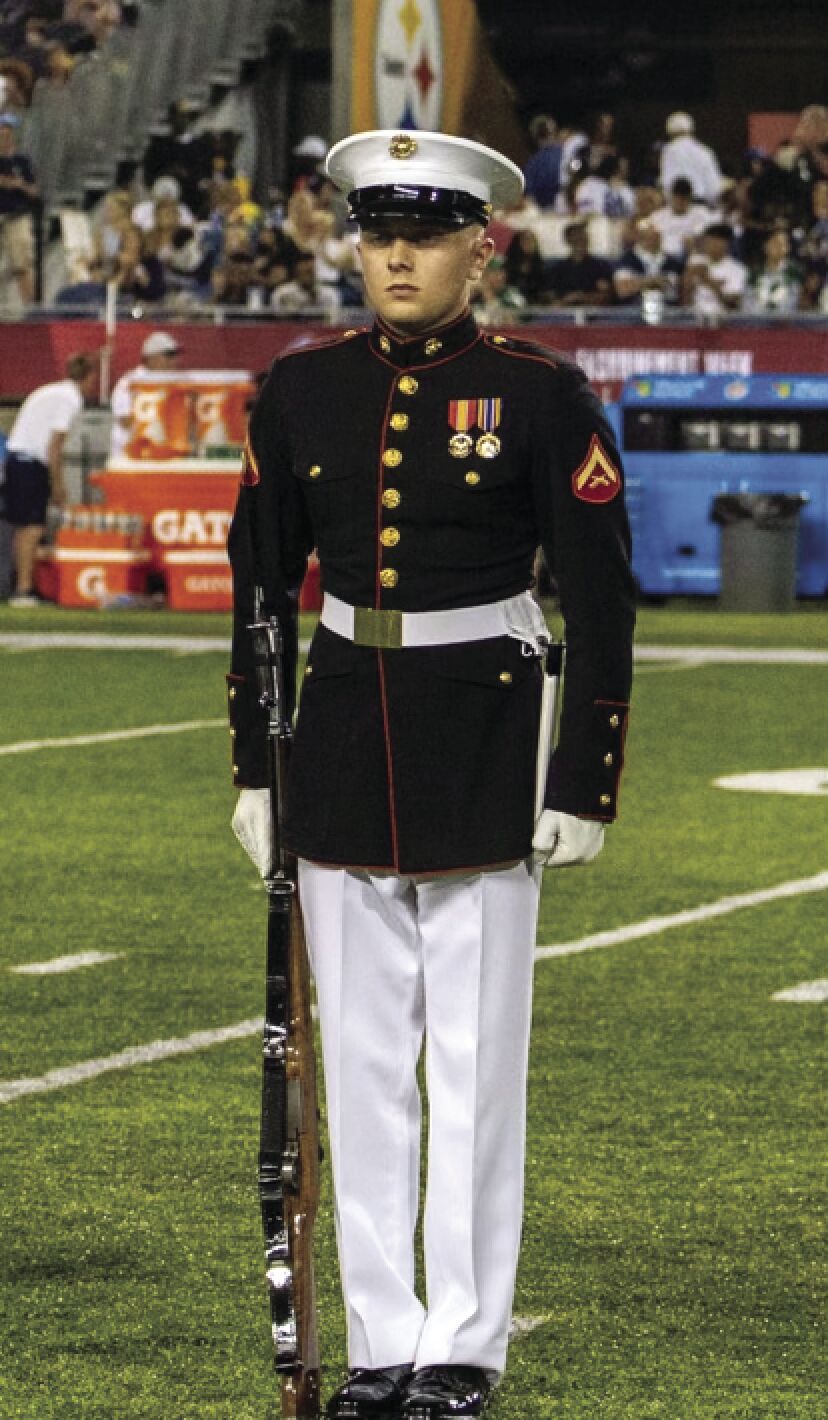 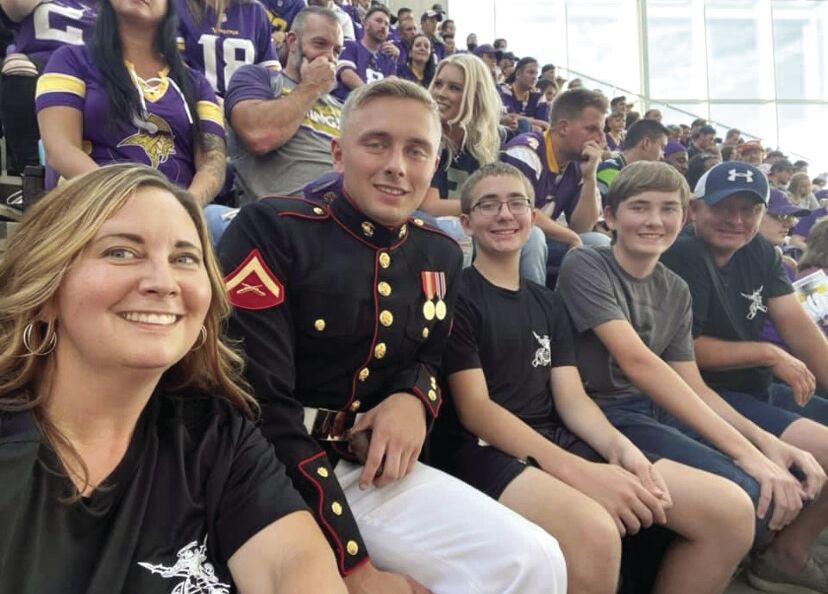 The Morrison family sits together in the stands during the Vikings game. From left are Jacob Morrison’s mother, Heather; Jacob Morrison; twin brothers Dan and Alec;, and father Mike. 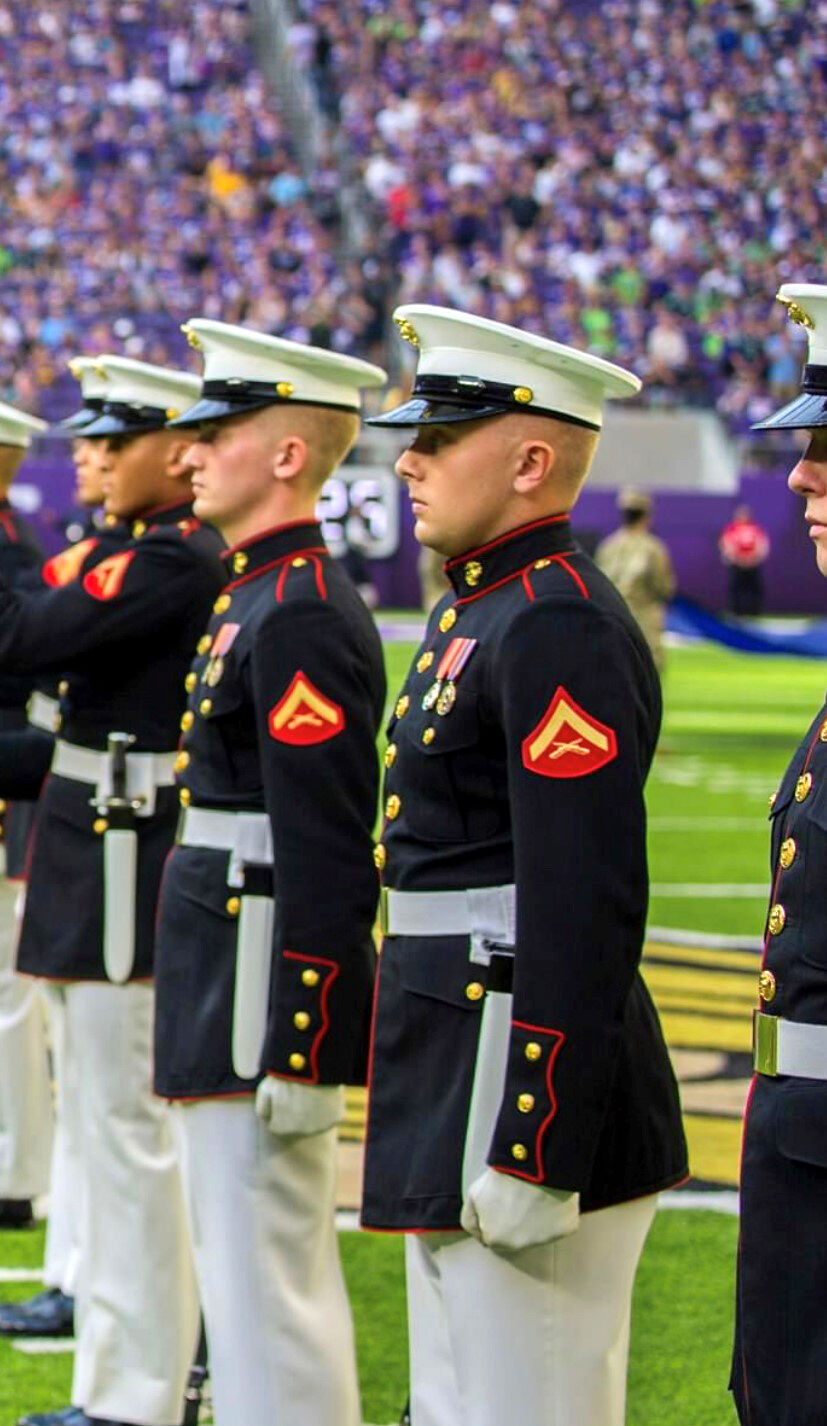 Cambridge-Isanti High School graduate Jacob Morrison and the Silent Drill Team of the U.S. Marine Corps prepare for their performance. 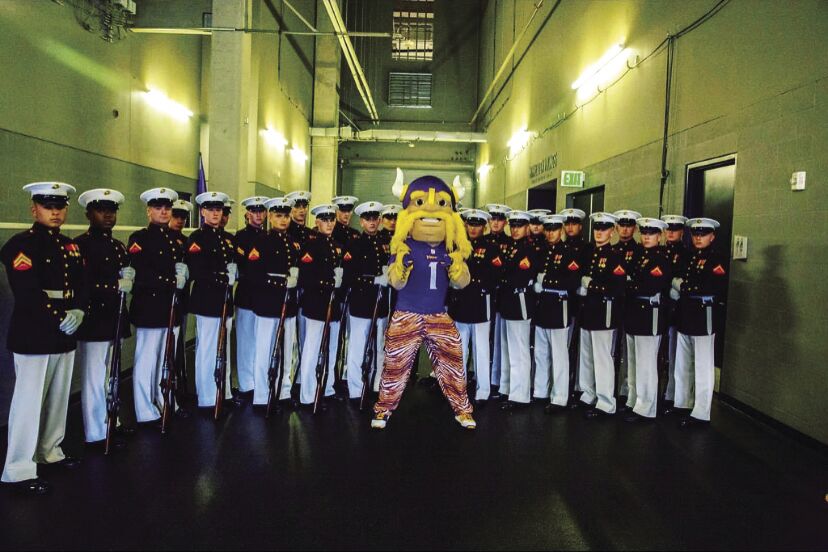 The Silent Drill Team poses for a photo with Viktor the Viking, the team’s mascot. 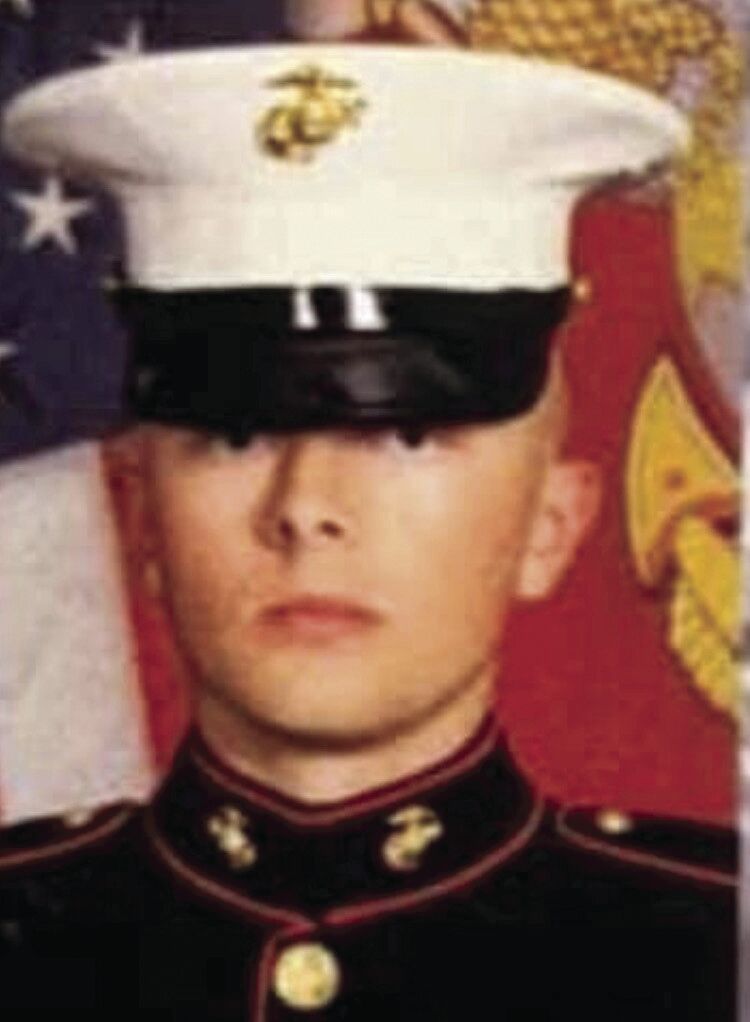 The Morrison family sits together in the stands during the Vikings game. From left are Jacob Morrison’s mother, Heather; Jacob Morrison; twin brothers Dan and Alec;, and father Mike.

Cambridge-Isanti High School graduate Jacob Morrison and the Silent Drill Team of the U.S. Marine Corps prepare for their performance.

The Silent Drill Team poses for a photo with Viktor the Viking, the team’s mascot.

Jacob Morrison was a fan of the Minnesota Vikings while growing up in Isanti.

But the 2017 graduate of Cambridge-Isanti High School, where he played hockey, never dreamed of being on the field of U.S. Bank Stadium. Yet there he was on Sunday, Sept. 26, performing at the 2021 home opener for the Vikings.

No, he wasn’t catching passes a la Adam Thielen, or throwing passes like Kirk Cousins. Rather, he was marching as a member of the Marine Corps Silent Rifle Drill in a halftime performance.

His parents, Mike and Heather, were among the 66,729 fans in the stadium.

“We’re both veterans, so it was really something to see,” Mike said. “During the ceremony the crowd started chanting ‘USA, USA,’ and that was really cool.”

“I never expected that,” Jacob said, referring to the Twin Cities experience. “That was pretty cool. It was exciting with the crowd cheering.”

The Silent Drill Team is a 24-man rifle platoon that performs a unique drill exhibition. It’s a continuation of the first such event back in 1948. It soon became a regular part of the parades at Marine Barracks Washington, D.C., where Jacob is serving.

These Marines are individually selected from the Schools of Infantry located in Camp Pendleton, California, and Camp Lejeune, North Carolina, based on interviews conducted by barracks personnel. Once selected, Marines are assigned to Marine Barracks Washington to serve a two-year ceremonial tour. Beyond their ceremonial duties, the Marines collaterally train in the field as infantrymen. To remain proficient, these Marines hone their infantry skills at Marine Corps Base Quantico, Virginia, throughout the year.

Once the year’s Silent Drill Platoon Marines have been selected each fall, they begin their rigorous training at Marine Barracks Washington and later move to Marine Corps Air Station Yuma, Arizona, in order to perfect the routine before beginning a tour of the corps’ continental installations.

Throughout the year, they perform in front of hundreds of thousands of spectators at Marine Barracks Washington and at numerous events across the country and abroad.

Jacob said one of his work days included attendance at the inauguration of President Joe Biden.

“I saluted outside the White House,” he said.

The platoon got to perform at the Hall of Fame Game in Canton, Ohio, this summer and at a 9/11 ceremony in Hawaii before coming to Minneapolis.

The stadium visits usually involve being on the field prior to the game, getting to check out the stadium, marching in the halftime show and being provided seats for the second half.

Serving the USA has been a big part of the family’s history. Two of Jacob’s grandfathers and his father also were in the Marines, and his mother served in the Air Force. Jacob also has 14-year-old twin brothers, Alec and Dan.

“It was a tradition, and I always wanted to do it, too, so I figured why not?” Jacob said.

Jacob didn’t join the Marines right out of high school. He enrolled at Anoka Tech and studied welding, which is a skill he can fall back on. Law enforcement is another future employment possibility.

Meanwhile, Jacob will continue in D.C. and perform at future NFL games in Philadelphia, Miami, Atlanta and Houston.

He will leave the Silent Drill Platoon in December, moving on for two years in Hawaii to complete his infantry training and four-year enlistment requirements.

Jacob, who spent six months at boot camp and infantry training in San Diego and Camp Pendleton, California, is an avid outdoorsman who enjoys hunting and fishing. After his four years in the military, he’ll have decisions to make, but he’ll have many great memories, including the Vikings-Seahawks game.

“It was cool being on the Vikings field,” he said. “Never thought I’d be doing that.”